By Sara Cutaia, Adam Morgan, and Aram Mrjoian, with help from Katharine Solheim and Timothy Moore at Unabridged Bookstore and Ben Niespodziany at the University of Chicago’s Regenstein Library.

Since the 1871 fire, Chicago has seen at least three literary renaissances come and go. Turn-of-the-century realists like Theodore Dreiser, Henry Blake Fuller, and Hamlin Garland introduced the city to the rest of America. The modernists of the 1910s and ’20s like Harriet Monroe, Margaret Anderson, and Carl Sandburg abandoned the formal conventions of the East Coast to make something new — the poetic and prosaic equivalent of Chicago’s experimental architecture.

Then in the 1930s and ’40s, the Great Migration birthed the Chicago Black Renaissance in Bronzeville, where Gwendolyn Brooks, Richard Wright, Lorraine Hansberry, and Margaret Walker forged a new, socially conscious aesthetic that addressed the “needs, sufferings, and aspirations” of the city’s African Americans.

These icons didn’t just live in Chicago — they wrote about Chicago. While brilliant writers have graced the city in the decades since (Nelson Algren, Sandra Cisneros, Rane Arroyo, etc.) there hasn’t been a comparable “renaissance” that rivals the momentum of these three historic waves.

At least, not until now.

To come up with the 15 books below, we limited ourselves to books published since 2015, “about” Chicago, by Chicago-based authors. And so by definition, we had to omit gems like 2015’s Negroland (Margo Jefferson has lived in New York for decades), Samira Ahmed’s Love, Hate & Other Filters (Batavia isn’t quite Chicago), Gina Frangello’s Every Kind of Wanting (Chicago is present but Caracas and the North Shore are at the forefront), and all the amazing local writers who set their books elsewhere (here’s a good start).

While these poets, novelists, journalists, essayists, historians, and cartoonists don’t share a common aesthetic like the Chicago renaissances of old, their books share a spirit of honesty and imagination. Thanks to these writers (and many more), Chicago is once again becoming the kind of cultural epicenter that once led H. L. Mencken to call it “the literary capital of the United States.”

If They Come For Us
By Fatimah Asghar
One World, 2018

Prior to 2018, Fatimah Asghar was probably best known as the writer and co-creator of Brown Girls, the Emmy-nominated web series set in Chicago. But this summer, her debut poetry collection will cement her status as one of the city’s greatest present-day poets. If They Come For Us, named after this poem in Poetry magazine, is a stunning work of art that tackles place, race, sexuality, and violence. These poems — both personal and historical, both celebratory and aggrieved — are unquestionably powerful in a way that would doubtless make both Gwendolyn Brooks and Harriet Monroe proud. 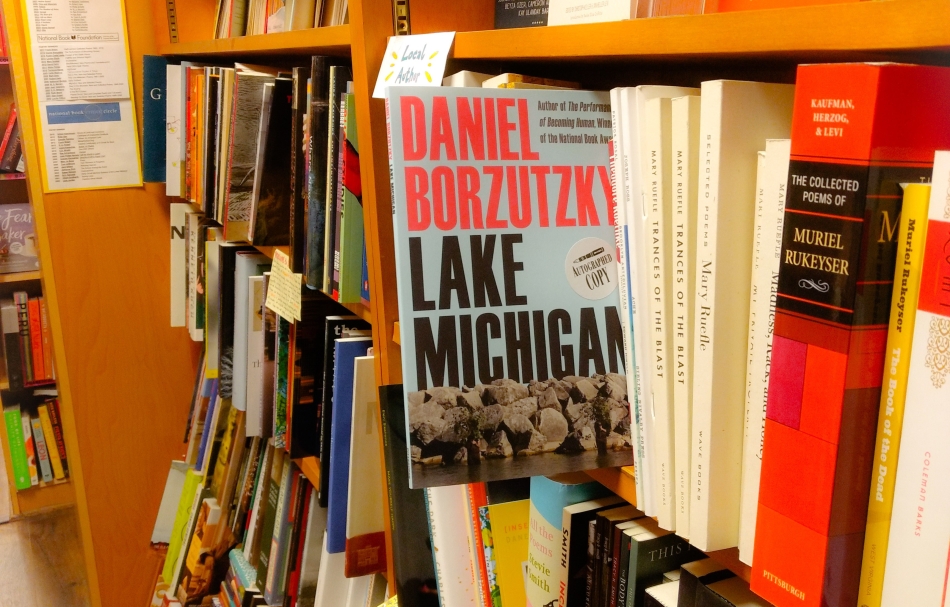 A professor at the City Colleges of Chicago, Borzutzky made national headlines when he won the 2016 National Book Award for Poetry for his last collection, The Performance of Becoming Human. His new book, Lake Michigan, explores an alternate version of Chicago, specifically “a prison camp located on the beaches of a Chicago that is privatized, racially segregated, and overrun by a brutal police force.” It’s a moving indictment of Chicago’s real-life tragedies — from the horrors of history to the present-day “black sites” used by police and the nightmarish tactics of ICE.

A People’s History of Chicago
By Kevin Coval
Haymarket Books, 2017

In 77 poems — one for each neighborhood of Chicago — Coval provides a somber reflection on how much (or how little) has changed between the city’s founding and the present day. What makes Coval a great poet is his mastery of rhythm and language; what makes him a great Chicagoan is the way he tells the city’s history through the voices of the marginalized: the poor, the working class, the people of color. The truth is laid bare, and none of Chicago’s “heroes” are spared: Cubs fans, Obama, the Daleys, Rahm. In the introduction, Chance the Rapper’s says Coval “made me understand what it is to be a poet, what it is to be an artist, and what it is to serve the people.” This collection will continue to do that for generations of Chicagoans, Americans, and citizens of the world.

Read our interview with Coval, or listen to his episode of our podcast.

Eve Ewing’s debut poetry collection plays with form, genre, and language to create a hybrid text that Kiese Laymon lauds as a book he “thought was unwritable.” A sociologist of education, Ewing has a heavily researched understanding of how racism and public policy affect the city of Chicago. Her collection—much of the work is grounded in childhood—filters that academic acumen through a dazzling creative lens. With each work, Ewing’s imagination brings a new perspective to her city. In these pages, you’ll find handwritten notes and sketches alongside sonnets and sestinas, micro-essays that veer from realism to fabulism in the blink of an eye. This is not only a quintessential Chicago text, but also an integral example of the changing dynamics of literature.

Our next (and long-delayed) episode of Writers Answer Weird Questions will feature Eve. 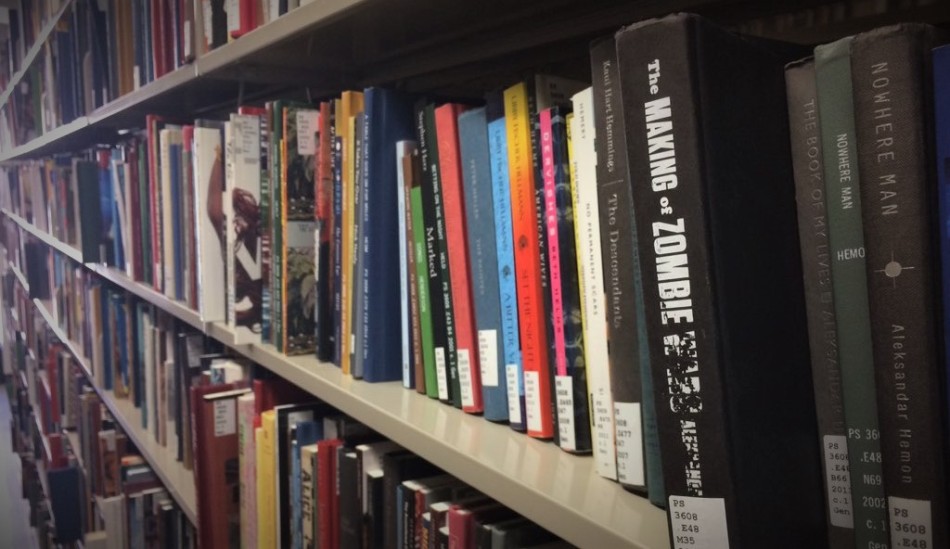 A few months before he joined the writing staff of Netflix’s Sense8, Hemon’s third novel was published. Primarily set in the Far North Side of Chicago (where Hemon has lived himself) during the onset of the U.S. invasion of Iraq, The Making of Zombie Wars is perhaps his funniest work of fiction, a dark comedy that touches on the “culture-cannibalizing” effects of war and exile upon immigrants in America and the citizens of Iraq and Bosnia. In the same vein of his National Book Award-shortlisted The Lazarus Project, Zombie Wars is another intimate, insightful look at Chicago’s immigrant communities (and non-communities) from the MacArthur “genius award” winner. 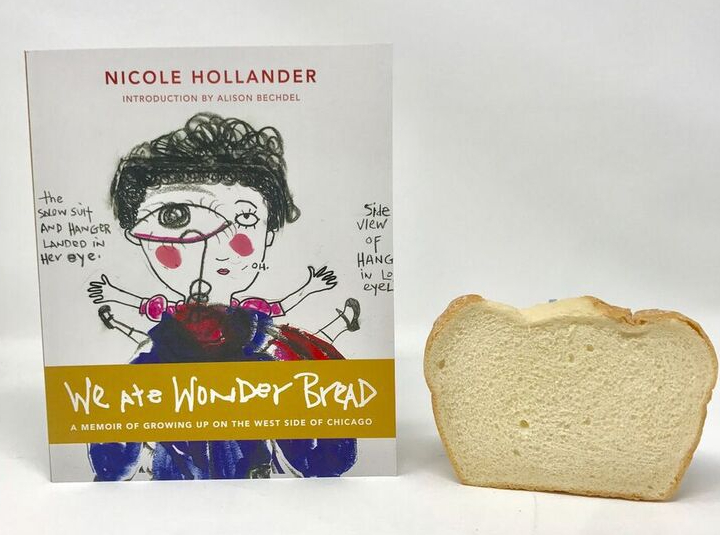 Nicole Hollander might be the funniest Chicagoan of all time. She’s the writer, illustrator, and creator of Sylvia, the groundbreaking, nationally syndicated Tribune comic strip that ran from 1981 to 2012 and became a feminist icon. Now 78 years old, Hollander’s new book is a graphic memoir of her childhood in Chicago’s Garfield Park in the 1950s — specifically, the part of the neighborhood that was destroyed by the Eisenhower Expressway between 1949 and 1961. It’s a hilarious, heartfelt excavation of a lost Chicago, as well as a perfect introduction to Hollander’s trademark wit and style. 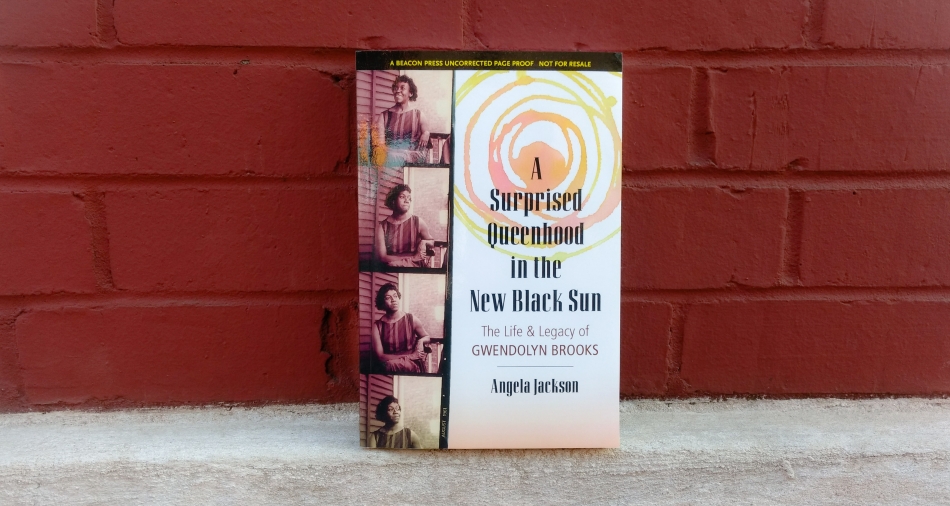 A Surprised Queenhood in the New Black Sun
by Angela Jackson
Beacon Press, 2017

An accomplished poet herself, Angela Jackson has written the definitive biography of Gwendolyn Brooks, Chicago’s patron saint of poetry. In this fascinating book, Jackson traces Brooks’s life through her formative years in Bronzeville, her encounters with Langston Hughes and Richard Wright, and her role in the civil rights and black arts movements later in the century — all while shedding new light on some of Brooks’s poetry, correspondence, and personal writing. A must-read for anyone interested in Brooks, the Chicago Black Renaissance, and the Black Arts Movement. 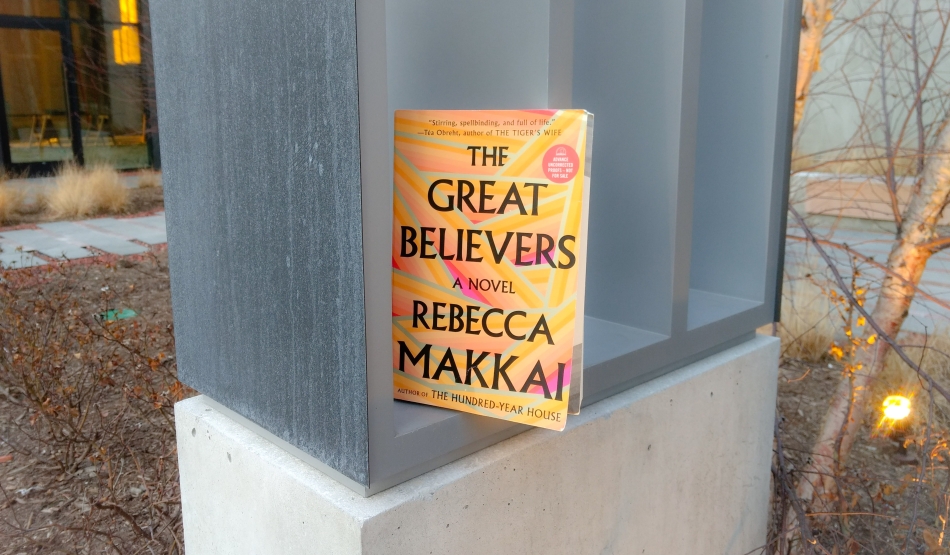 Rebecca Makkai has written about Chicagoland before; The Hundred-Year House was set in a Ragdale-esque artist colony on the North Shore. But in The Great Believers, Makkai has written what is sure to become a classic Chicago novel. In two alternating storylines — one set in Chicago during the AIDS epidemic of the 1980s, the other in contemporary Paris — Makkai sheds light on the millions of tragedies that most American chose . . . and still choose . . . to ignore. It’s a deft, harrowing novel that’s as beautiful as its cover. 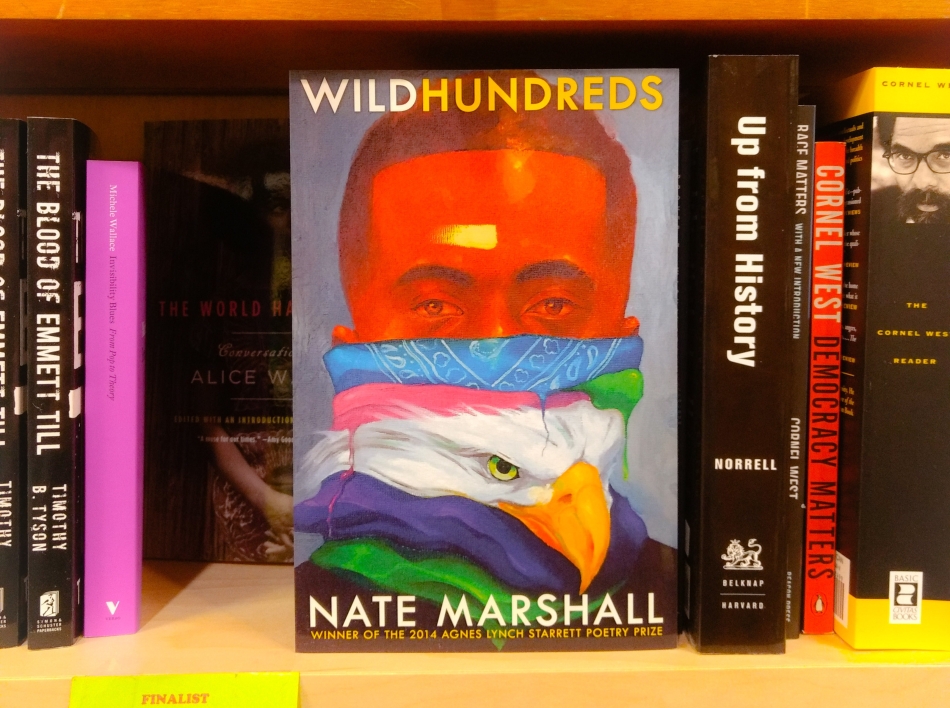 Toward the end of Nate Marshall’s poetry collection Wild Hundreds, you’ll find the following footnote: “the numbers in ‘Chicago high school love letter’ represent the city’s homicides during the 2007-2008 Chicago Public Schools academic year.” After spending most of the book wondering about Marshall’s nonconsecutive numeration, the answer arrives like a gut punch. Wild Hundreds is filled with many similarly brilliant, layered repetitions, nods to hip-hop culture and Chicago’s past, all while revealing a cycle of violence, critiques of block-busting, food deserts, and social inequality. Yet there is also joy in his odes to friends and family. Wild Hundreds clearly establishes Marshall as one of the most talented writers in the Midwest.

If Chicago is on the brink of a fourth literary renaissance, Young Chicago Authors and Haymarket Books are at ground zero. The first BreakBeat anthology, “New American Poetry in the Age of Hip-Hop,” features local stars next to national luminaries. The second anthology (out this April) “Black Girl Magic,” celebrates black women within the BreakBeat tradition, balancing Chicago talent alongside Morgan Parker, Angel Nafis, and Safia Elhillo. This pair of anthologies will likely be used in classrooms for decades to come. 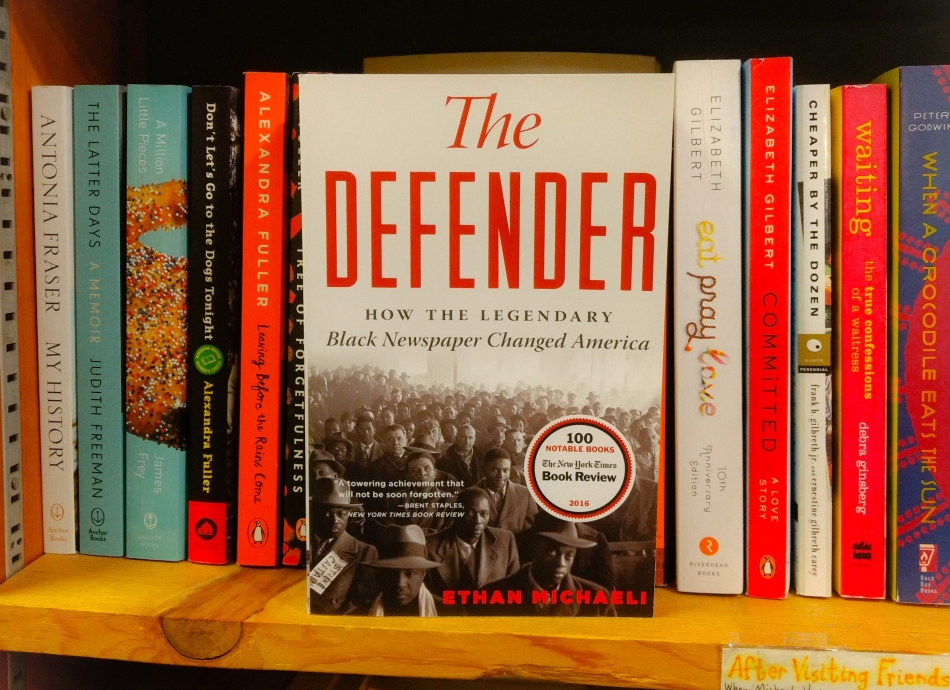 Historians have long credited the Chicago Defender with kickstarting the Great Migration, which brought millions of African-Americans from the rural South to northern cities like Chicago between 1916 and 1970. With the compelling prose of a novelist, Michaeli’s narrative history was the first book to explore just how huge of an impact the newspaper made on American life and politics — from its genesis during the 1893 world’s fair to the 2008 inauguration of Obama.

Read our interview with Michaeli. 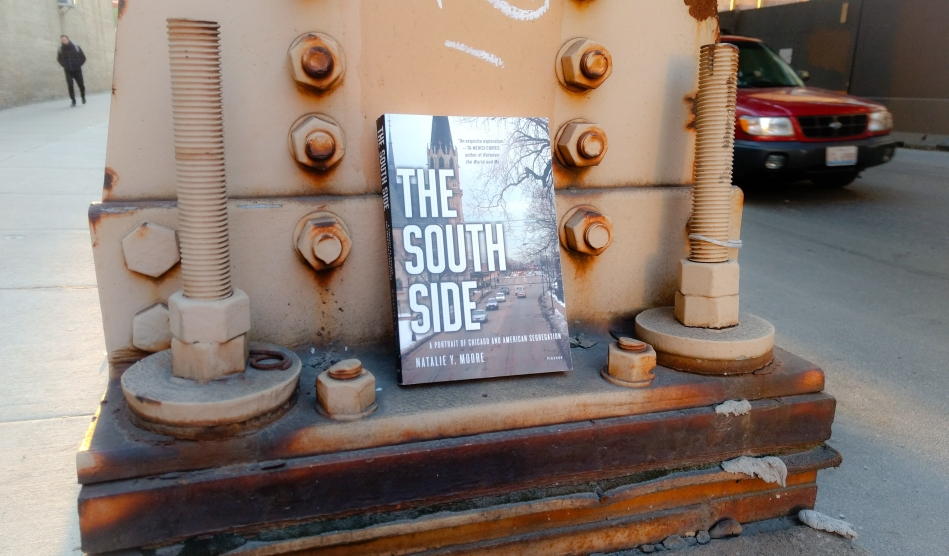 Natalie Y. Moore grew up in the Chatham neighborhood on the South Side of Chicago. Today, she lives in Hyde Park and serves as WBEZ Chicago‘s South Side Bureau reporter. The South Side: A Portrait of Chicago and American Segregation is a fascinating mix of memoir and reportage that challenges the prevailing notion that half of Chicago is a war zone. Further, Moore shows how today’s socio-economic realities on the South Side — where the unemployed often stay unemployed, the working class often stays working-class, and the middle and upper-middle class face challenges unknown to the North Side — are the direct results of racist housing and banking policies, retail redlining, food deserts, public school failures, and misrepresentations in the media.

Read our interview with Moore. 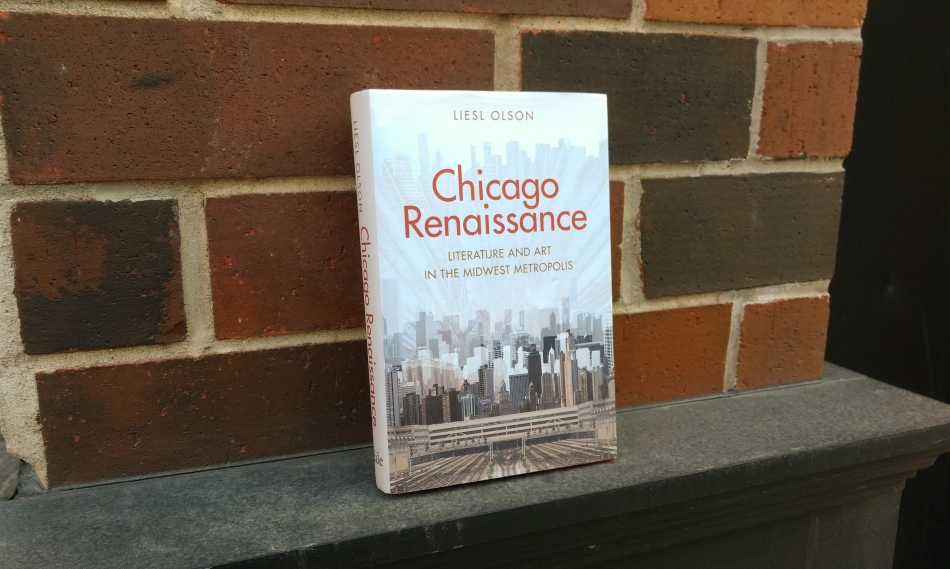 If you want to learn more about Chicago’s earlier renaissances — particularly the modernists of the ’10s-’20s and the African-American realists of the ’30s-’40s — Olson’s narrative history is easily one of the most important books ever written about Chicago arts and culture. In addition, Chicago Renaissance gives the city’s literary women the recognition they deserve, including Harriet Monroe, Margaret Anderson, Fanny Butcher, and of course, Gwendolyn Brooks. 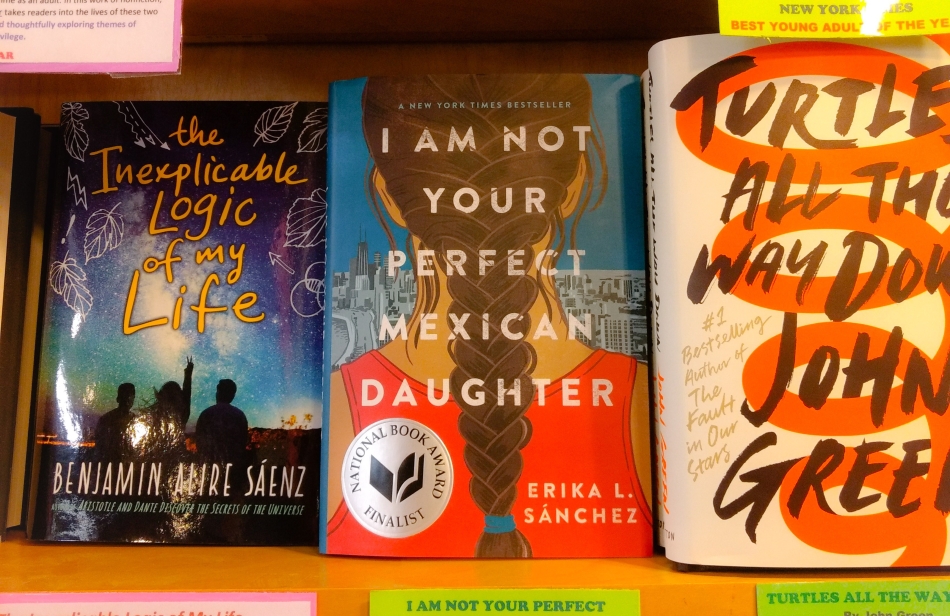 I Am Not Your Perfect Mexican Daughter
by Erika L. Sanchez
Knopf, 2017

Even though Sanchez left Chicago for a two-year teaching fellowship at Princeton a few months before I Am Not Your Perfect Mexican Daughter was published, her near-lifelong status as a Chicagoan (and Ciceroan) made it seem wrong not to include her stunning debut novel — written and set here — on this list. Shortlisted for last year’s National Book Award for Young People’s Literature, it’s a beautiful, moving coming-of-age story about the daughter of undocumented Mexican immigrants, much like Erika herself.

Read our interview with Sanchez. 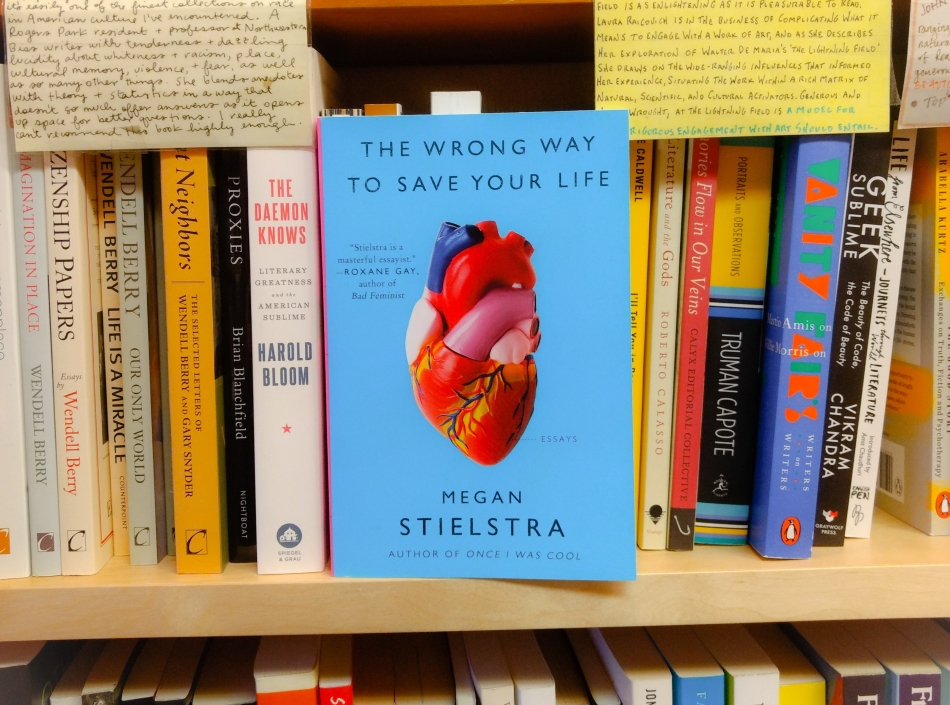 The Wrong Way to Save Your Life
By Megan Stielstra
Harper Perennial, 2017

Stielstra started as a fiction writer, and her prose proves it. These essays — all centered on the subject of fear — are powerful, beautiful, relevant, raw, and important. In deeply intimate and personal stories, she invites readers on a journey through multiple neighborhoods, homes, writing programs, jobs, and beaches; through concert venues and dog parks; through offices and classrooms. Chicago is alive on the page — not just as a backdrop, but as an active agent on the choices and events in Stielstra’s life. Her life has clearly been marked by the city, and she grapples every day with how to mark Chicago in turn — to make it better. This isn’t her first collection, and how lucky we will be if it isn’t her last.

Listen to Stielstra’s episode of our podcast. 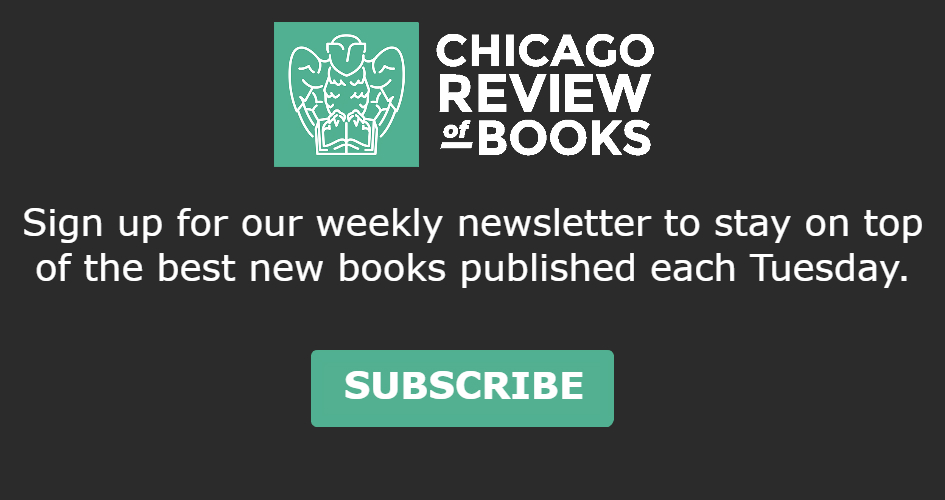 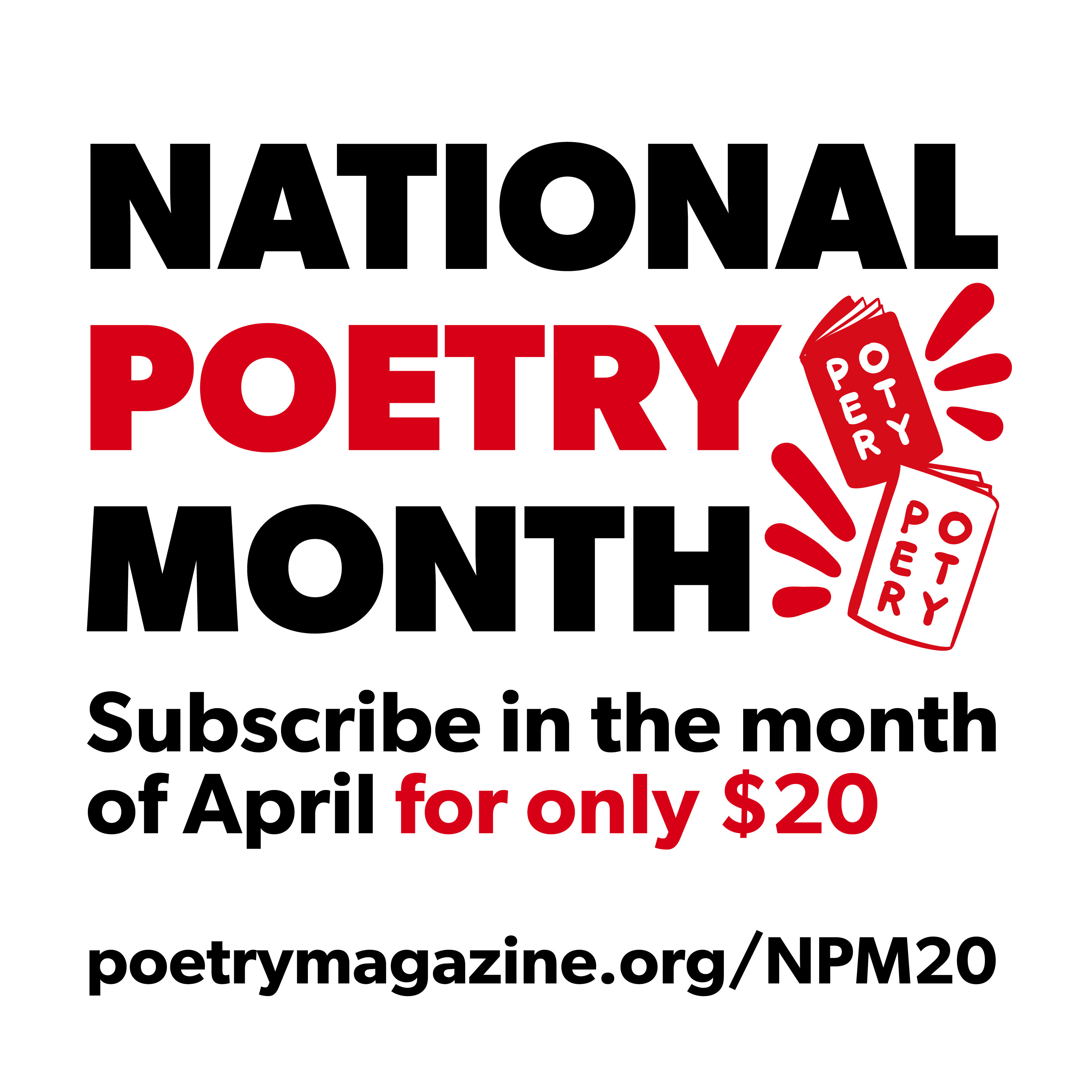