Who Owns the Environment? Join Us For a ‘Conversation’ 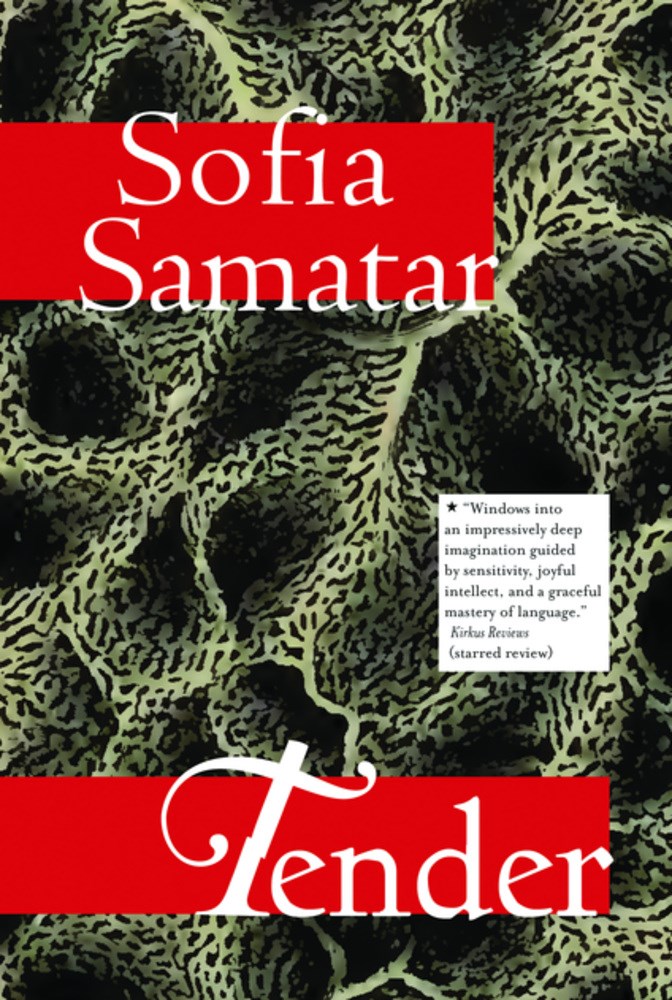 Fans of epic fantasies should know the name Sofia Samatar. She’s the author of A Stranger in Olondria, which was nominated for a Nebula, and won the World Fantasy Award for Best Novel. Her second novel, The Winged Histories, another epic fantasy set in the same fictional world, was published to critical acclaim. Last year Chicago Review of Books interviewed Samatar about how she saw The Winged Histories as a conclusion to that project. Fans disappointed by that news, but eager for another tome featuring Samatar’s breathtaking writing will be pleased with her new story collection, Tender. Samatar’s short fiction has been included in the Best American Science Fiction and Fantasy series and has been nominated for many awards. Published by Small Beer Press, Tender anthologizes both Samatar’s new and old work, displaying her immense range as a writer.

The collection is divided into two sections: “Tender Bodies” and “Tender Landscapes.” The first ten stories examine a body’s fragility, and the final ten look at brittle landscapes. The settings are as varied as Egypt and outer space, and range in time from the Middle Ages to the distant future. Stories take the form of fairy tales, letters, a school paper, and a catalog of supernatural creatures. Regardless of the setting or form, all twenty stories reveal emotional truths about the characters.

One of collection’s most interesting stories, “Walkdog,” takes the form of a student’s school paper written about a creature called Walkdog, which the student learned about from a classmate named Andrew, the teacher’s nephew. The student can’t find any sources on Walkdog and relies on what Andrew has shared about the creature. Throughout the footnotes, the student wrestles with her feelings for Andrew when he is so unpopular:

Facts about Andrew: fat (nickname: “Bubble-Butt”), glasses, always reading (and his last name is Bookman!), started calling himself “Andy” when he started highschool, which anybody should of known that was a stupid thing to do, he should of just stuck with Andrew, even Drew would be cooler, but no, he had to be Andy. Also, his aunt is a teacher (you) which does not help anybody, I am sorry to tell you. The cloud of nerd gas surrounding Andy is so strong it could make your eyes water. People only go near him to mess with him. As a teacher you probably know this unless you are unbelievably clueless.

In the end, the story is an interesting examination of a teen’s complex feelings for someone her peers wouldn’t approve of.

Other favorites from the collection include “How to Get Back to the Forest,” “Request for an Extension on the Clarity,” and the title story, “Tender.” In the latter, “tender” isn’t used as an adjective, but a noun. The narrator tends the St. Benedict Radioactive Materials Containment Center, and explains:

I perceive the outside world through treated glass. My immediate surroundings are barren but comfortable. I can order anything I like, necessity or luxury, from the Federal Sustainability Program. The items I order are delivered by truck and placed in a transfer box that decontaminates everything that enters it, including the air. The purpose of this system is not to protect me from contamination by the outside world, but to protect the world from me.

Before the final story is “Fallow,” a beautiful, rich novella-length work of fiction that examines a sibling relationship amid an oppressive situation. The collection concludes with “The Red Thread,” which also examines a relationship, this time through letters. The story, and thus the book, ends with poignancy, yet hope.

Samatar is a master at not only weaving imaginative tales, but deftly layering them with emotional truths. While some stories are playful, many are sad, and others are disturbing. Many of the stories are suspenseful, not necessarily because of their structures, but from not quite knowing the emotional terrain they’ll tackle. And yet it’s easy to trust Samatar as she takes you into unfamiliar territory with prose that is skillful, controlled, and lovely. In “Fallow” there is a passage that though is narrated by a fictional character, brings the author to mind:

I once heard a beautiful story. I suppose that’s why I write: because once somebody told me something beautiful. I have already submitted all the beautiful stories that I know, so I have had to begin on those that are merely luminous.

Magic and Momentum in “Hell Bent”

Samatar’s fans won’t be disappointed by Tender, as the collection is filled with stories indeed both beautiful and luminous.

Sofia Samatar is the author of two novels, A Stranger in Olondria and The Winged Histories. She is the recipient of several awards, including the William L. Crawford Award, the John W. Campbell Award for Best New Writer, the British Fantasy Award, and the World Fantasy Award.