Three years ago, A Stranger in Olondria firmly established Sofia Samatar as a unique new voice in contemporary fantasy literature. Written in her spare time while teaching English in South Sudan, the story of an island boy embroiled in a mercantile empire’s cold war won the World Fantasy Award for Best Novel and was nominated for a Nebula. Not bad for a debut.

Now, Samatar’s follow-up “companion” novel set in the same fictional empire, The Winged Histories, marks her final foray into the genre of epic fantasy, according to the author herself. In the midst of a civil war, four women—a “soldier, scholar, poet, and socialite”—attempt to change the history of Olondria forever. It’s a beautiful, ambitious, intelligent book, often awe-inspiring in its level of detail and seemingly effortless immersion. If the literary gods are just, it’ll wind up on many 2016 best-of lists.

Taken together, A Stranger in Olondria and The Winged Histories are as grand in scope and detail as anything Gene Wolfe or Ursula K. Le Guin ever wrote, and infinitely better-paced than George R. R. Martin’s tomes. The Chicago Review of Books recently spoke with Samatar about writing The Winged Histories and her future, post-fantasy plans. 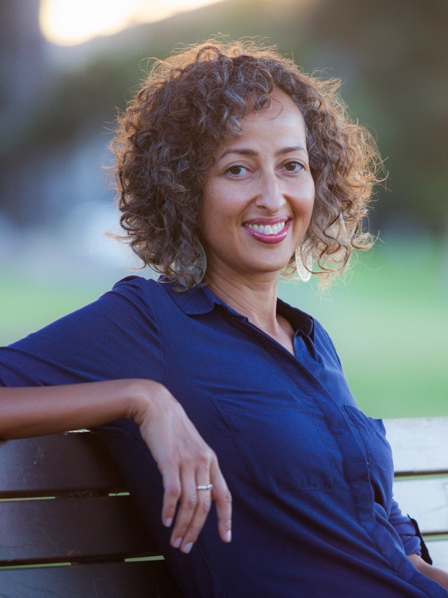 What drew you back to the world of Olondria for a second time?

I’ve always conceived of the Olondria work as a two-book project. Although each novel can stand alone, they’re linked thematically—for example, they both deal with the tension between oral and written ways of knowing. So for me, The Winged Histories doesn’t feel like a “return” to Olondria. It’s more of a completion of the project. In this book, I’m saying everything I have left to say about epic fantasy.

What did you set out to do differently in The Winged Histories than you did in A Stranger in Olondria?

Both books come out of my love-hate relationship with epic fantasy, what Tolkien called “heroic fantasy”—my love for the maps, the languages, the landscapes, my hatred for the xenophobia and glorification of war, and then my understanding of how all of these pieces are inseparable. But in The Winged Histories, I’m specifically concerned with women’s experiences and relationships: women as sisters, as lovers, and as enemies.

What was your writing experience like this time compared to the first?

Sadly, it was about the same! I say “sadly” because my process so far has not been very efficient. I wrote the first drafts of both books back to back, then went back and revised A Stranger in Olondria, which took years. And then I had to spend years revising The Winged Histories! I’m averaging nine years to write a book here. I hope to change that! 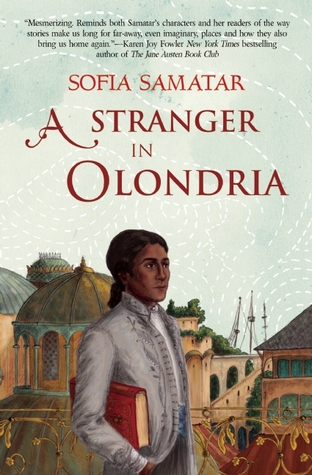 After a male protagonist in your first book, what inspired you to tell the stories of four women in The Winged Histories?

Partly because when I wrote A Stranger in Olondria, the male voice seemed so natural, which later struck me as strange. I was responding to several books, particularly Ursula K. Le Guin’s A Wizard of Earthsea, Mervyn Peake’s Gormenghast, Tayeb Salih’s Season of Migration to the North, and Marcel Proust’s In Search of Lost Time. The story of an education, of someone groomed to take over the father’s business—it felt so male. A female story only entered the first book with the voice of the ghost, which responds to different writers—Marguerite Duras, Assia Djebar. With the second book, I wanted to work more in that space—a space that is, after all, very natural to me—and to write a story set entirely in Olondria. The Winged Histories is not about a tourist. Its characters move in other ways: as revolutionaries, as nomads, as refugees.

Which character do you identify with the most? Were any of the women inspired by real people in your life?

All the characters are me and not me. Nobody’s inspired by a real person outside my head. I see myself most clearly in the scholar, the poet, and the princess. The soldier—I could never do what she does.

You do a wonderful job of evoking the richness and texture of Olondria through what seems to be a carefully constructed prose style. How do you balance description and worldbuilding with plot and character? Is it ever a struggle to find the right ratio?

Thank you! No, it’s not a struggle, because those things are all entangled. A world comes to life through the actions that happen there; the description of an orchard can evoke a character’s mood. In my books, the landscape is a character. I don’t really draw a distinction between them. Of course, I know a lot more Olondrian history than the average reader, so I did go in afterward and add some of that information, which you might call “worldbuilding,” but those sections are separate from the rest of the novel, almost like footnotes.

Would you revisit Olondria again in the future? Is it too soon to talk about what you’re writing next?

Well, never say never, but as I said, I do see The Winged Histories as the conclusion to this project. Even if I write more Olondria stories, I don’t think they’ll have this particular shape. As for what I’m writing now: I’m working on a hybrid text combining fiction, history, criticism, and memoir. The central story is about a nineteenth-century migration of Mennonites from southern Russia to what’s now Uzbekistan. So—not so far from fantasy.