Exploring the ‘Afterland’ of Refugees: An Interview with Mai Der Vang 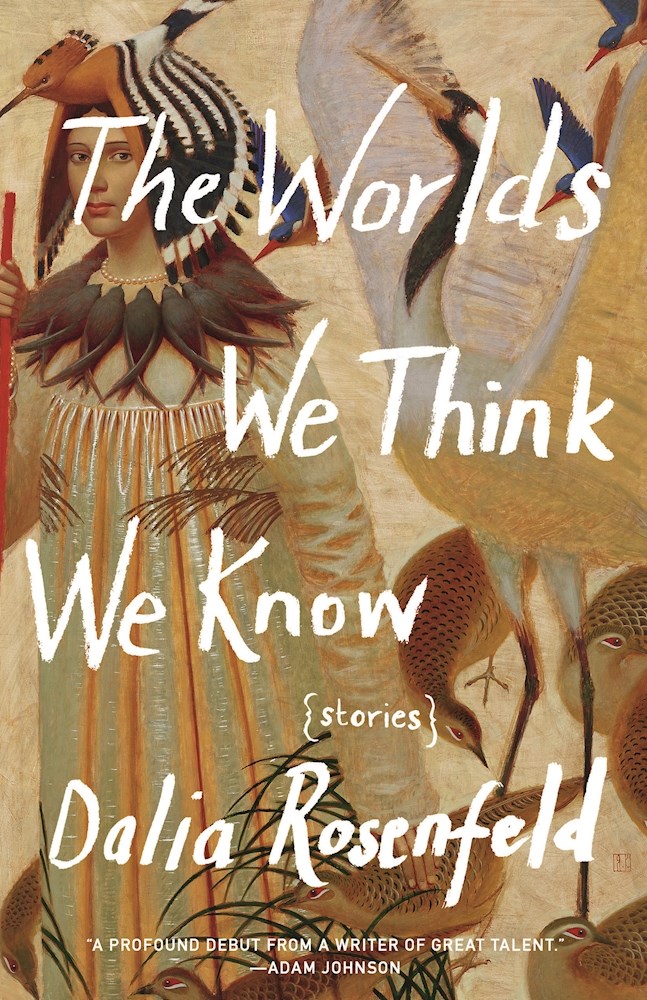 Blind spots in human perception are difficult to identify. In order to operate comfortably on a day-to-day basis, people must rely on apparent truths of the sensory world when interacting with people and places. Dalia Rosenfeld’s robust new collection of short stories, The Worlds We Think We Know, considers the implications of such personal isolation in the context of cultural identity. Divided into pristine chapbook-size bites, the twenty stories in this collection take readers across Israel and the United States to examine the different ways in which Jewish heritage affects the lives of its characters.

In examining this theme, Rosenfeld adeptly distinguishes her central characters in each story by employing first person or close third person point of view. In maintaining a sole perspective, Rosenfeld draws attention to the social and cultural means by which humans attempt to connect and create intimacy, whether with members of their own communities or disparate ones. In other words, keeping a short distance from the main characters forces them to talk about important aspects of their identities on their own terms.

For example, in the title story, the narrator takes care of an elderly Holocaust survivor named Lotzi at a retirement home in Jerusalem and falls in love with his son.

“I spoke to Lotzi more that day than in all my other visits combined. I told him about my life in New Jersey, the strip malls and the synagogues, and about my parents, who had raised me to be the kind of Jew who could plant a tree in Israel without having to stay and watch it grow. I told him about my fondness for movies, and about another survivor I visited who always spun a globe while she spoke. I told him I liked falafel.”

The inherent isolation of human perspective limits the narrator to sharing the concrete ways in which she relates to her religious and secular identity. Additionally, this choice showcases the narrator’s vulnerability. She can’t know if Lotzi or his son is invested in her longwinded biography. Such scenes set a somber tone throughout many of the stories, but perhaps more importantly reveal how lost or distant one can feel from their own culture. Rosenfeld seems interested in how people hold on to inherited aspects of themselves—in this case, Judaism—and the gifts and onuses created by attempting to fit into distinct subject positions.

The Worlds We Think We Know considers many quotidian gaps in community as well. In “Invasions,” a couple named BJ and Rona find that the weekly trash pickup is the most intimate way in which they derive information about the people in the houses nearby.

“We knew our neighbors from the recyclables they left out on the curb every Friday morning. Most were beverage containers: sodas and juices and cheap beers whose smell followed you as you walked up the street. In the paper bins were pizza boxes and newspapers—many still rolled up and rubber-banded—and an occasional assemblage of cardboard flaps that had recently housed a television or piece of faux-wood furniture from Walmart.”

The suggested message is that humans are limited in what we know about the world around us. To go beyond a neighbor’s trash, one must interact with the neighbor. This is exactly the case in “Invasions,” as Rona must physically walk across the lawn to her neighbor’s front porch to enter his world. It is only then she begins to understand who is living next door.

Throughout these stories, Rosenfeld provides tight, empathic plots and steadfast pacing. The Worlds We Think We Know confronts how individuals define themselves in terms of collective identities and touches on the universal fear of realizing that inherent truths are not necessarily concrete. This exploration looms with grief spanning generations, but it also showcases good humor and lighthearted self-awareness. Rosenfeld’s stories ultimately capture the dissonance created by generational and geographical boundaries, as well as the complexities of finding comfort in our religious, cultural, and social selves.

FICTION
The Worlds We Think We Know by Dalia Rosenfeld
Milkweed Editions
April 25, 2017

Dalia Rosenfeld is a graduate of the Iowa Writers’ Workshop. Her work has appeared in publications including the Atlantic, AGNI, Michigan Quarterly Review, Mississippi Review, and Colorado Review. She teaches creative writing at Bar Ilan University and lives with her three children in Tel Aviv.