In Persian culture, on the winter solstice, we have a variety of rituals to mark the longest night of the year, one of which is to read poetry. Perhaps it’s no surprise that poetry books are some of my favorites to review, given that cultural DNA.

Concurrently, at this time of year in the west, we’re often talking about the “best of” or “top” ten lists, and this year especially, I find myself fighting against that construct and all that it implies. These lists are subjective in nature and I’m no more an arbiter of best than I am of worst. So, too, it suggests that we’ve read all the work that’s out there. Even in a genre like poetry, which is a far narrower slice of the literary cake, it’s impossible to read every collection, especially when you factor in chapbooks, which are equally deserving of our attention.

Also, there’s a plethora of releases—we reviewers like words like “plethora”—and how the criticism life cycle is often focused on books around the time of publication. This year, I’d like to touch on the collections I didn’t get a chance to review formally, which will be ideal to accompany you through the dark, long nights of winter.

I’ve painfully limited this list to ten titles, but there are many more to choose from at your favorite independent bookstore. Whether you choose these books—or one of my perennial favorites, Midwinter Day, written by a poet and person I love dearly, the great Bernadette Mayer—or any other new or familiar titles, I hope you’ll read more poetry. Perhaps you’ll forgive my self-indulgence of offering some light from Mayer’s brilliant collection written on one day in 1978, for midwinter days and nights everywhere, much like the Persian Shab-e Yalda celebrations:

People say, ‘what is it?’
I ask if I must tell the rest
For never, since I was born
And for no man or woman I’ve ever met.
I’ll swear to that,
Have there been such dreams as I had today,
The 22nd day of December”

Wishing you magnificent poetic dreams, tonight and throughout 2022. 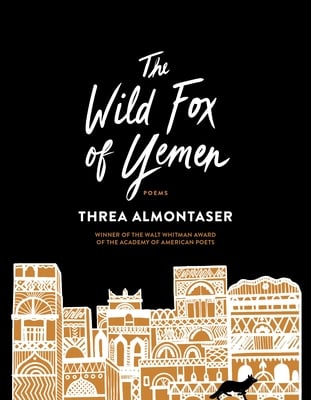 The Wild Fox of Yemen
by Threa Almontaser
Graywolf Press

Threa Almontaser’s first full-length collection—winner of the 2021 Maya Angelou Book Award, long-listed for the 2021 National Book Award for Poetry and selected by Harryette Mullen as the winner of the 2020 Walt Whitman Award among many other accolades—is a stunner. Her distinct phrasing, imagery and explorations of memory, borders and identity speak of a writer whose work is exciting, singular, and highly crafted.

“At a rooftop party, you dance near every edge.
Someone drops a ring in glass, in your head
the clink of a used bullet, still hot, and that fast
the rooftop is covered with wires, riflemen,
and you’re thinking about mutiny, MK-47s,
two cities clawing at each other’s bruised
throats while boys try to hold your hips,
keep dancing.” 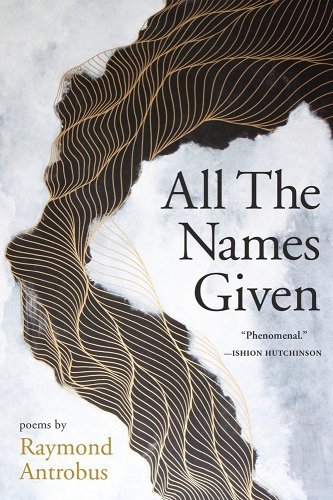 All the Names Given
by Raymond Antrobus
Tin House Books

It’s been quite a year for Raymond Antrobus on this side of the pond. In the spring, his collection The Perseverance was published in the United States (released earlier in the UK to much acclaim). In November, All the Names Given came out, proving—as if there were any doubt—that this poet has more to tell us. His work is deeply personal, emotionally striking, with memorable turns of phrase, as in the last stanza of this excerpt from “Text and Image”:

“…and we think we aren’t
doing things the old way, our marriage

is new age, no more you complete me crap,
have your own life and I have my life

my love is unfolding if my words
can’t reach you glowing and wild?” 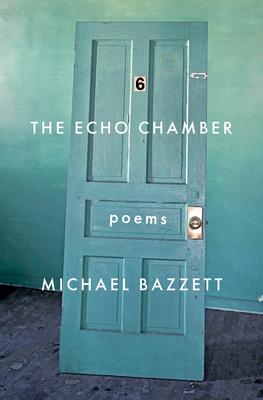 In The Echo Chamber, poet and translator Michael Bazzett reimagines the myth of Echo and Narcissus for the modern day. For what are we living in, other than a variety of echo chambers whether in our personal lives or on social media? Have we all become echoes and narcissists? Are we willing, or capable, of seeing the truth of our self-absorbed lives? At times darkly funny, lyrical, allegorical and specific, Bazzett’s fourth collection is an always memorable reflection of who we are now.

“If we had built
our buildings as ruins

it would have saved us
so much time—“ 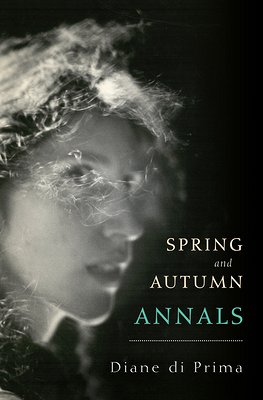 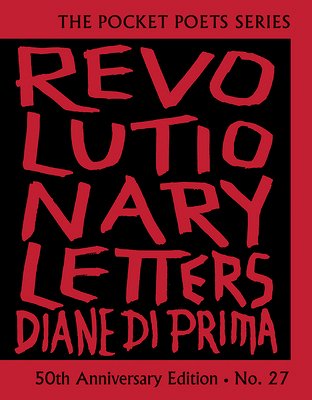 I’m cheating a bit, but Diane di Prima surely deserves it. City Lights has graced us with two di Prima collections—the previously unpublished Spring and Autumn Annals: A Celebration of the Seasons for Freddie, and an expanded edition of her classic Revolutionary Letters—a feast from one of the great talents of the Beat generation and beyond.

In “Song for Baby-O, Unborn” she wrote:

“Sweetheart
when you break thru
you’ll find
a poet here
not quite what one would choose.”

Di Prima, who died in 2020, was a poet we chose time and again for her spiritual examinations, feminist presence, and her passion for and range of linguistic constructs. We’re lucky to have these two new volumes, which will inspire deeper contemplation of her work and impact. 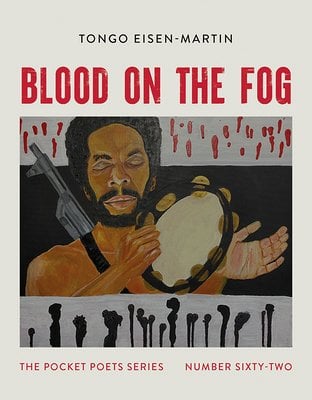 Blood on the Fog
by Tongo Eisen-Martin
City Lights Books

Staying on the west coast, still with City Lights, it’s been four years since Tongo Eisen-Martin’s feted Heaven is All Goodbyes, and since then he’s become Poet Laureate of San Francisco as well as co-founder of Black Freighter Press. Even without such formal and formidable titles, Eisen-Martin has long spoken for the many souls of that city, in sonically complex and visually unforgettable poems that resist summarization or easy description. In “I Make Promises Before I Dream”:

“No unclaimed, cremated mothers this year

Quantum reaganomics and the tap steps of turning on a friend 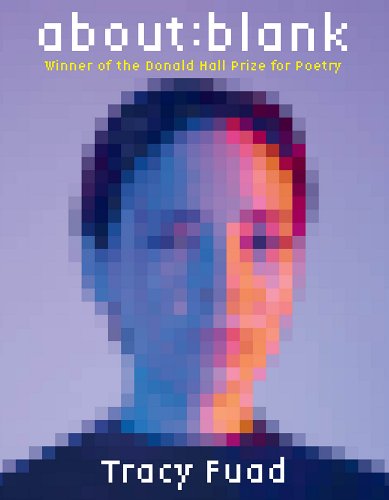 Tracy Fuad’s debut collection, about:blank, was selected by Claudia Rankine as the winner of the Donald Hall Prize and was also a finalist for the National Poetry Series. The poems bare the authoritative structures that control or muzzle identity, language, and borders. Fuad’s writing is elegant and active, firmly asserting her own powers of expression, a voice that is resilient, exciting, and one we’ll be reading in years to come. “From Iraq Vag Panic”:

“You could say it wrong, like my wracked
brain, or with the wrong g
like gag or Garamond.
Some words are nearly in ruins.” 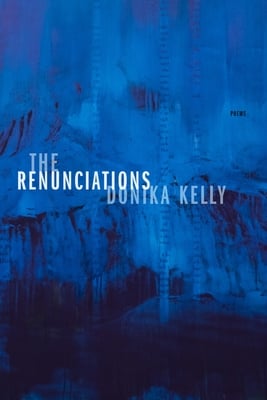 When one considers the etymology of “renunciation” it makes it an especially good title for this noteworthy collection by Donika Kelly. In addition to the common definition of a disowning, in classical Latin, it’s also related to “proclamation” which is part of the great power of what these pages encompass.

Kelly’s poetic explorations through memory, identity, environment and the physical body are exceptionally rendered, and speak not only to conflict and harm, but to what can be created from the personal destructions to which we are subject. Though her denunciations are exceedingly memorable, it’s equally her powerful proclamations that readers will remember. From “Self-Portrait With Door”:

“Do you remember the princess
locked in a tower, a doorless room
because her father feared a grandson
who might kill him? And the god, who slid
into her room as light as rain as gold,
a deluge she bore and later bore him
a son who would kill a king?

Well, this is not that.

A girl awakens in a room, the door
unpainted, with no knob—just a hole
where the knob could be. Eyes closed,
she imagines the lock. She imagines
locking herself inside. She imagines
her father knocking, the lock a rebuke.
Imagines his disappointment at the door,
which cannot yield. Imagines sleeping
through the night. Imagines him still,
standing at the locked door.

This is still not that.” 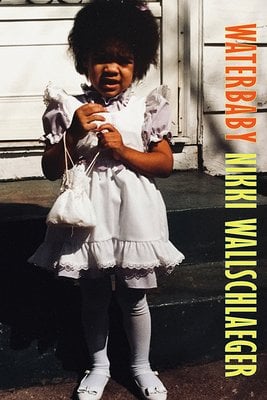 Nikki Wallshlaeger’s third collection is an incantatory joy. Her voice, subject matter and poetics are stunning, whether it’s about quotidian life and survival as a Black woman or a deeply-considered investigation of history and a nation hurtling into ruin. But first and foremost, it’s a poetic act, using striking language and imagery to examine love, loss, rage and hope. Water is a great element to serve as a title: water is interconnected, necessary for our survival, buoyant, and yes, extraordinarily powerful, as is this collection, as is this poet. “Women Are Doomed to Be the Angels of Love” starts with: “This is so true I involuntarily doodle hearts everywhere I go. I sign my letters compulsively with / hearts…” then keeps baring that heart with more revelations, more candor, and more consequence:

“On good days I submit to being a committed student of the heart. On bad days I am paranoid
and anxious about my heart being kidnapped by intruders in blue uniforms,

nevertheless sent me a message about men who are so powerful they could take what they
wanted from my body with their bare hands.” 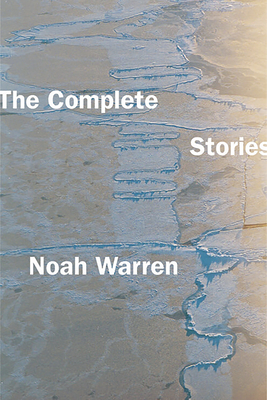 Don’t let the title fool you: following Destroyer in the Glass, his Yale Younger Prize-winning debut in 2016, Warren is definitely using poetry to interrogate the human compulsion to create all-encompassing narratives. These poems examine how the stories we tell ourselves and each other are often not up to the task of explaining the complexities of our lives, our loves and losses, and ultimately create a poetic window for us to peer into and out of, as in “Notes on the Mystery”:

“Younger, I could go to my friend
when her heart had been pierced

and she was gasping for breath,
and I could tell her, nothing is lost

entirely, all experience
in time becomes a window.” 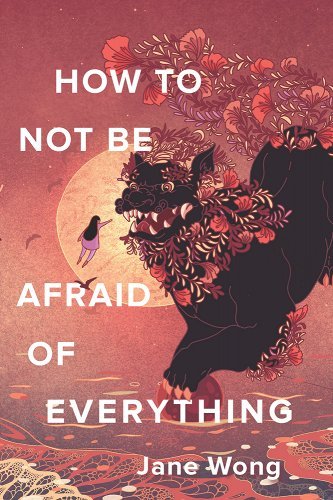 A poet, essayist, visual artist, professor, and soon-to-be memoirist, there isn’t much Jane Wong doesn’t do in the artistic realm, and this second collection of poems is additional proof, if you needed it. One of the ways we learn to be unafraid—if that’s ever something we can do entirely—is to face where we come from and what ghosts we carry, whether ours or others’. This collection explores what weighs us down and the source of our resiliency, examining history, identity, gender and culture, and all the subjects that lie between.

“…Sometimes
what comes to us, we never called
for. How long had I been crouched
like that? I stood up, blood rush
trumpeting. My arms wrapped
themselves around myself, lifted.
It was as if a bank vault had
opened and I was just standing
there, stealing nothing.”

Founder and Editor-in-Chief of Nowruz Journal, a periodical of Persian arts and letters, and an Editor-at-Large at Chicago Review of Books, Mandana Chaffa’s writing has appeared in a variety of publications and anthologies. She serves on the boards of the National Book Critics Circle and The Flow Chart Foundation. Born in Tehran, Iran, she lives in New York.