‘A Separation’ Is a Propulsive, Single-Sitting, Missing-Person Mystery 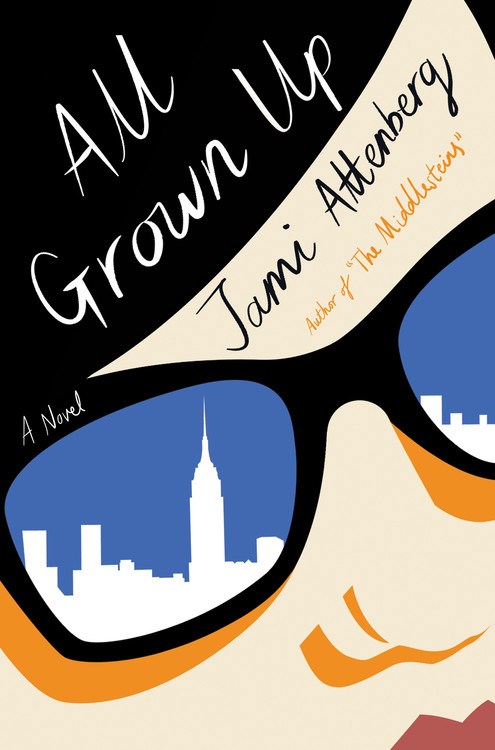 Jami Attenberg’s All Grown Up is a New York City novel with all the usual suspects: abundant cocaine, sloppy and unmemorable hook-ups, the unfulfilling but practical career, and the grand sense of urban isolation. Yet, while these tropes often take center stage, Attenberg seems to intentionally invoke them in order to slaughter them one by one.

Andrea, an unapologetically snarky narrator, in many ways appears imagined so that the author can use her to poke at and deconstruct the more trite aspects of the NYC narrative. She is an artist, an on-again-off-again painter, with an aesthetic mindset that enables her to be hyper-aware of her own outward smugness.

All native to NYC, her dysfunctional family lives in a rent-controlled apartment, where her father, a talented jazz musician, dies of a heroin overdose in his easy chair. Andrea never truly recovers from the youthful realization that her father was an addict. She grows up with an older brother who inherited their father’s musical talent and an activist mother who hosts stoner parties for creepy older men to keep the bills paid. Her reflections on her upbringing often affect her romantic and professional experiences in adulthood. When her brother and his wife uproot to New Hampshire to take care of their sick child, Andrea is forced to rethink how to support her family while coping with her own long-term emotional trauma.

Notably, Attenberg shirks chronology and instead creates a scatter plot of timelines, a structural move that benefits Andrea’s warm gossipy tone and hazy city lifestyle. Each chapter feels like a short story. They are anecdotes told over drinks, confessions reserved for intimate moments of personal abandon.

This is one of several of Attenberg’s craft moves that resists the constructs of a more traditional city novel. The narration is in present tense, and the dialogue blends into the paragraphs, often with people bantering back and forth in rapid succession, so that on the page it feels as if Andrea is sprinting through the story without tarrying over paragraph breaks or clarifying the speaker. In their consistent execution, these artistic decisions are made with confidence and intention, defying several stuffy literary conventions.

While this recalcitrance feels transparent on the macro level, Attenberg’s more nuanced rebellions are felt firmly throughout the prose as well. In one instance, Andrea spouts out a few lines of cliché sex talk, only to follow it up with a simple “Gross.” This confirms that both the narrator and author are as aware of the stock language as the reader. It’s a neat trick, a semi-postmodern stylistic move that allows Attenberg to offset platitudes, like walking into a McDonald’s owned by a Michelin-starred chef who’s decided to forgo corporate guidelines. The packaging might be familiar, but the content provides a more self-aware and refined culinary experience.

A concrete example of this comes early in the novel. Freshly wasted on cocaine and Valium, Andrea falls into fitful sleep. She notes:

“I have a nightmare right before I wake. I’ll spare you the specific plot because listening to other people’s dreams is boring, but my dead father was in it. I hadn’t thought about him in a while, had actually been actively rejecting thoughts about him for no apparent reason, although if I really pushed myself into a deep kind of consideration about the matter it might have had something to do with a sense of failure and discontentment with my own existence and my fear of mapping that to his personal trajectory, but that’s just a guess! An uneducated, bitter, depressed guess. Anyway, there he is, not being particularly threatening or anything, but definitely not friendly either. He’s sort of this light blue color, and he’s sitting in the recliner with his legs stretched out on the ottoman, a dream, a nightmare, a ghost, all at once.”

In this brief passage, Attenberg pretends to dodge the trope of explaining a dream, only to eventually come back to it anyway. This move, like many parallel artistic decisions throughout the novel, creates a more engaging reader experience, a feeling that both reader and author are in on some private joke.

These choices certainly speed up the pacing, but, more importantly, they also add to Andrea’s believability as a narrator. Andrea’s voice is energetic, fatigued, funny, fed-up, truthful, unreliable, unflinching, self-doubting, callous, and compassionate. The contradictions of these emotions are delightfully and realistically human. We see Andrea’s many faults and inconsistencies, her feeble attempts to define her identity all the while acknowledging she has no idea what she’s doing, a sentiment that’s easy to empathize with and appreciate.

One of the most piercing moments perhaps comes a bit too late, although it is early in Andrea’s memory, harking back to a time before her father’s overdose. It takes place in the penultimate chapter (the title story), when Andrea talks with her father as he comes down from using. He warns her:

“And did you know that it’s easier to be an adult—their kind of adult—if you live a life of freedom, as in if you are a man and you live in the Western world or if you are a white person or if you’re rich, all of those things can make your life easier, and all the opportunities are just sitting there, if you want them, you can have them, and then you can be the person you’re supposed to be. But if you’re not white or if you’re a woman or if you’re poor or if you live in some terrible place, then you could be fucked.”

Meditation, ego death, and the humor of being alive in “Bad Thoughts”: An interview with Nada Alic

All Grown Up consistently dances around this moment on a subconscious level. Andrea seems aware of certain aspects of her privilege, but also is so emotionally rattled by the ghost of her father that she suppresses the need to come to terms with much of her identity. Instead, she defends herself with perpetual humor and scathing social analysis. Altogether, Andrea’s struggle to address and contextualize her childhood memories in the utter wasteland of adulthood is endearing, but it never truly comes to a resolution.

All Grown Up plays by its own set of aesthetic rules, resulting in a fast read and a witty, unabashed take on one of American literature’s most enduring archetypes.

Jami Attenberg has written for The New York Times Magazine, The Wall Street Journal, and The Guardian. She’s the author of five books, including a story collection and four novels, including The Kept Man, The Melting Season, The Middlesteins, and All Grown Up.

Desires and Consequences: An Interview with Jill Bialosky on “The Deceptions”