Madness and Mundanity in “The Swank Hotel”

One might be tempted to explore Tracy K. Smith’s Such Color: New and Selected Poems by first turning to the last section, “Riot,” and gorging on her most recent work. But dear Reader, start at the beginning. “The wave after wave is one wave never tiring,” Smith writes, and this book is an unflagging, accretive wave after wave of simultaneously grounded and transcendent content.

The collection spans Smith’s work from The Body’s Question, published in 2003, to the current day, chronicling the poet’s own personal progression from her acclaimed debut to her Pulitzer Prize and later stint as Poet Laureate of the United States. After nearly twenty years of award-winning work, there are different thematic emphases and shifting political contexts across the books sampled for this compilation. Yet, underscoring both the consistency of her talent and the fine hand in curating this collection, it feels as if it is all one ever-deepening conversation she is having with herself, with the ancestors, with this world, and with us.

Throughout Such Color, there are poems of witness about horrific acts of desecration and the limitless unending cruelties of which humans are capable. “Into The Moonless Night” is an epical tragedy in which Smith channels both the speaker and the chorus of the very real teenagers stolen from their homes to become “wives” for rebel commanders:

What’s more important? The beginning
Or the end? That they went
Or that they returned? And what is over?
Did the pain end each time the hand
Whip stick belt was lifted?

How did the boys come?

Was there a rape?

We were just distributed like shoes.
My husband had twenty-one wives.”

This extension of ancient tragedy into modern-day war crimes is both a reframing of traditional dramatic forms as well as a necessary voice for all those ignored by 24-hour, repetitive news cycles. Yet Smith is never political without also zeroing in on irreparable human costs, and she is equally powerful in the smaller but no less critical acts of intimate witnessing within small communities, families, or one’s own heart.

Many of the poems in the selections from Wade in the Water, published in 2018, are a powerful channeling of Black soldiers and their families in the Civil War era, through correspondence with each other and others, such as Abraham Lincoln or those who robbed them of money as well as their very names. Here is Robert Harrison, whose pension was stolen by a recruiting officer:

“I cannot read nor write, and I do not know
how my name was spelled when I enlisted
nor do I know how it is spelled now
I always signed my name while in the army
by making my mark
I know my name by sound—”

There’s a sacred covenant in the way Smith poets, bearing the responsibility to speak for those erased and unnamed, and there are many places throughout these poems that one feels the words are more conducted, like electricity, than written.

Another aspect of Smith’s exceptional talent is how she captures multitudinous voices from the past and the present within that liminal space in which poetry can exist throughout time. Consider how pronoun constructs can be both freeing and divisive through the dualities of “We”s in the multi-part poem “History”:

“There is a We in this poem
To which everyone belongs.

As in: We the People—
In order to form a more perfect Union—

And: We were objects of much curiosity
To the Indians—


We’s a huckster, trickster, has pluck.
We will draw you in.


We has swallowed Us and Them.
You will be the next to go.”

Also notable are the many ars poetica pieces throughout Such Color: poems that examine poetry itself, and in so doing, analyze both the act of writing, and its power and limitations. These poems often surreptitiously battle external gatekeepers and authorities, here also in “History”:

“Every poem is the story of itself.
Pure conflict. Its own undoing.
Breeze of dreams, then certain death.”


“There are secret police
Who don’t want the poem to continue,
But they’re not sure
It is important enough to silence.”

“Sometimes, this poem wants to wander

Into a department store and watch itself
Transformed in a trinity of mirrors.

Sometimes in this poem, the stereo’s blaring
While the TV’s on mute.

Sometimes this poem walks the street

And doesn’t give a shit.

Sometimes this poem tells itself nothing matters,
All’s a joke. Relax, it says, everything’s
Taken care of.

Note this effortless syntactical shift between the poem as object, creator, viewer, and subject all within a few simple stanzas, exploring the duality of both an authoritative and unreliable narrator.

Reading through this collection of collections, one is keenly aware that though external details shift, the underlying aspects of humanity, such as it is, and the global political machinery, such as it is, are our enduring and sometimes hideous features. In “September,” Smith examines our ephemeral existence:

“This is the only world:
Our opaque lives. Our secrets. And that’s all.
A streak of orange, a cloud of smoke unfurls.

The century’s in rubble, so we curl
Around pictures of ourselves, like Russian dolls
Whose bodies within bodies form a world”

How much can the human heart hold? How does our lineage weigh us down or give us wings? And in the face of such histories, how can we—how do we—continue? Perhaps one way is through our poets who act as witnesses, translators, and mediums. Smith’s tone is often ecstatic, generation-spanning, and despite all past—and present—violence, calls to the future with an emphatic statement of resistance and eternal existence. Look no further than the collection’s final poem, “Riot,” for this rallying cry: 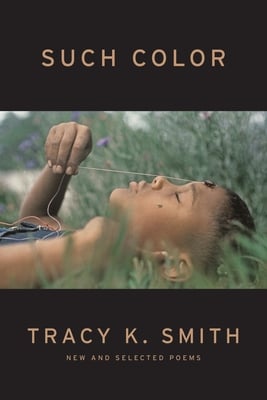