In Persephone Station, Stina Leicht negotiates the conflict between humanity and technology in a future universe. While many science fiction novels grapple with this central question of what exactly it means to be human, Leicht goes to great length to give us a wide array of characters with diverse gender identities, different planets of birth, and varying shades of humanity (or lack thereof).

One is Angel de la Raza, a disgraced mercenary who’s been kicked out of the Gorin, an all-female martial arts force she once considered her family. She later served multiple most-mortem tours for a marine group, nicknamed the Corpse Corps, due to the fact that soldiers in the unit are revivified, though reflecting on this process, she says “You never come back whole.”

Kennedy Liu is the child of a revered scientist whose groundbreaking work integrated empathy with complex computer programming. Kennedy herself is a combination of artificial intelligence and human after her genetically-edited AI was placed within a body. She’s a rarity: sentient AI is illegal in the United Republic of Worlds. We’re introduced to  her as she’s still learning what exactly entails occupying the human form. There are funny moments such as when she experiences one of those universal emotions that comes with the territory of inhabiting a human form:  worry. “Anxiety was, it seemed, something that came with physicality…this connection between emotion and body. It was intensely troublesome and inconvenient.”

Angel and her band of quick-witted and acerbic criminals now work for Rosie, a crime boss on the planet Persephone fighting an interplanetary corporation known as Serrao-Orlov led by the  ruthless Vissia Corsini. Kennedy, searching for signs of another sentient AI trapped within Serra-Orlov’s infrastructure, enters the organization parallel to Angel.

Though it can feel challenging to work through the sometimes muddled initial exposition, the eventual star of this novel is its worldbuilding. Leicht creates a fascinating, compelling universe that combines the violent, human-settled frontier with the strange, unique beauty and alluring intricacies of diverse life forms across the galaxy. There is Brynner, a gritty settlement at the edge of human civilization, with acid rain showers and a stark zone of quarantine to protect against poisonous wildlife, and the Emissaries, an indigenous species who communicate via smell. Persephone Station establishes a vivid world of power-hungry, space-age capitalists, aliens who can talk to animals, computers trying to emulate humans, and humans trying to outwit artificial intelligence.

While Leicht’s universe is fantastical, it’s also rooted in the well-known failures that humans often bring wherever they go. The book is a sobering, allegorical view on the grisly business of expansion, and who gets displaced, or worse, in that process. The indigenous Emissaries are the target of corporate bloodsuckers and their unique skills, such as diplomacy and medical knowledge, are violently exploited. The question of who is actually the alien is also a grounding point in the narrative. As Serrao-Orlov gobbles up planets for resources, they view indigenous life forms as the aliens, the things that need to get out of the way. But it is the corporate human mercenaries who are new and alien. Leicht’s universe doesn’t always bend towards justice, but many of the characters within are self-aware enough to understand they are intruders and colonizers, and that they need to advocate for the powerless. In our current world where too many people are trampled, it is validating to see thoughtful characters who are aware of their footprint in the larger galaxy, even if that galaxy is fictitious.

Money and power might harden a person, but it is the softer parts of being alive that are most valuable, the moments of vulnerability that make life worth living. Angel and Kennedy, while both artificial in different ways, are still reaching toward humanity, attempting to connect rather than disengage. Kennedy keeps her eyes and ears attuned to the tics and mannerisms of her fellow humans, learning to blend in. Angel, even though she has lost many of her close relationships, doesn’t become bitter or nihilistic.  As they fly up out of the atmosphere, Angel reflects upon seeing the glimmering surface of Persephone:

“There was something about seeing a planet from space that triggered awe. The idea that so many fragile balances and tiny lives existed to support life as a whole was more immediate. She thought it was probably because there was no denying the vast nothingness that surrounded it. Hard as one tried to ignore the subject, a majority of the universe was composed of vacuum, lifeless rocks, and stars.”

Leicht’s novel feels important now, as exploitation and violence continue on our planet. It feels empowering to read of characters on interplanetary adventures fighting for the underdog. Persephone Station is a story about salvaging the elements that make us human. 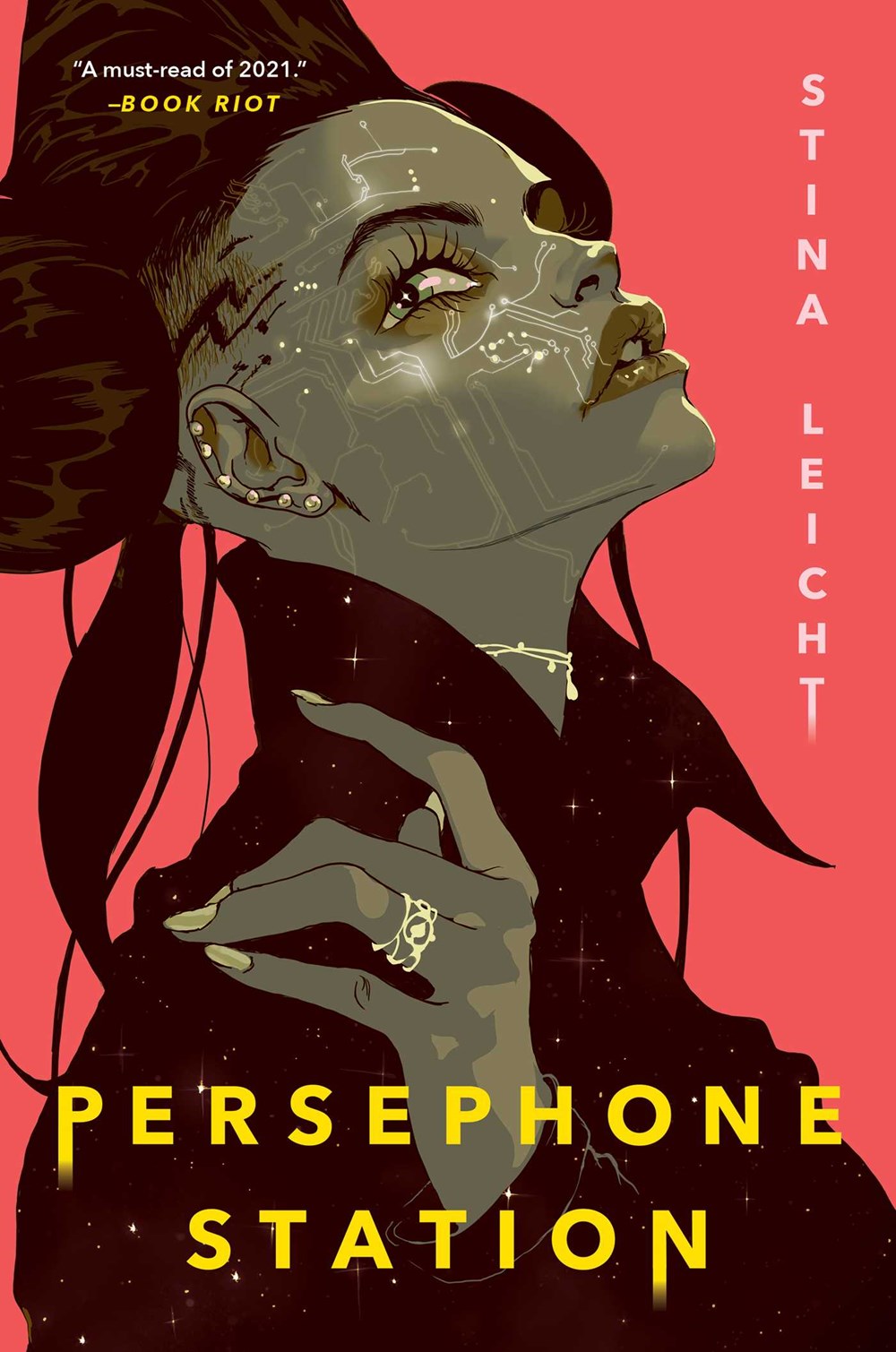 Jonathan Dale is a Chicago-based freelance writer, interested in comedy, urban design, and fiction. He can be found on Twitter @dalejondale