As Oxford Becomes More Diverse, So Does ‘Oxford Poetry’

What if you were far from home during the apocalypse? Graffiti Palace, in a clever, appropriately meandering retelling of the Odyssey, forces us to ask this question as “amateur urbanologist” Americo Monk journeys homeward through the 1965 Watts Riots in Los Angeles.

In Homer’s epic, Odysseus attempts to return home to his wife and son after fighting in the Trojan War for ten years. While he’s traversing the Mediterranean, his wife is set upon by boorish suitors.

In Graffiti Palace, Monk’s mission is to document L.A.’s titular street art. In a worn spiral notebook, he tracks the “ever-shifting territories and feared alliances” of warring gangs, making him a person of interest (and value) to the police and the gangs themselves. Then, Monk get caught up in the Watts Riots — six days of violence that leaves 34 people dead.

Graffiti Palace is stunning — a blend of Joe Ide‘s IQ detective novels, Thomas Pynchon, Jonathan Lethem’s Chronic City, and Haruki Murakami’s 1Q84. Like Pynchon, Lombardo is particularly adept at creating that eerie, hackles-raising feeling when something normal morphs into something absurd, like a mutant strain of albino marijuana spreading through the L.A. sewers.

The most obvious inspiration drawn from the Odyssey are the characters Monk meets on the way home home — the gangs, the drug dealers, the street artists — who each serve as a vehicle for a piece of Los Angeles history. This is where Lombardo feels a lot like Pynchon, who likes to blend history with fantasy.

As with Odysseus, Monk has someone waiting for him at home: his pregnant girlfriend, Karmenn. Decades ahead of the HGTV series, Container Homes, they live in a shipping container at the Port of Los Angeles. From a storytelling perspective, it’s an excellent set piece for introducing Karmenn’s suitors when she attempts to find a quiet spot for a cigarette break. On the other hand, the containers are arranged in a very sophisticated way that would take a lot of resources, both financial and physical, leading to some worldbuilding questions that are never quite resolved.

It’s impossible to read Graffiti Palace without thinking about Black Lives Matter and our country’s ongoing reckoning with police violence against people of color. And by revisiting the Watts Riots — a landmark moment that most Americans have already forgotten — Lombardo reminds us that like the Trojans and the Achaeans, we are doomed to repeat past bloodshed unless that reckoning continues. 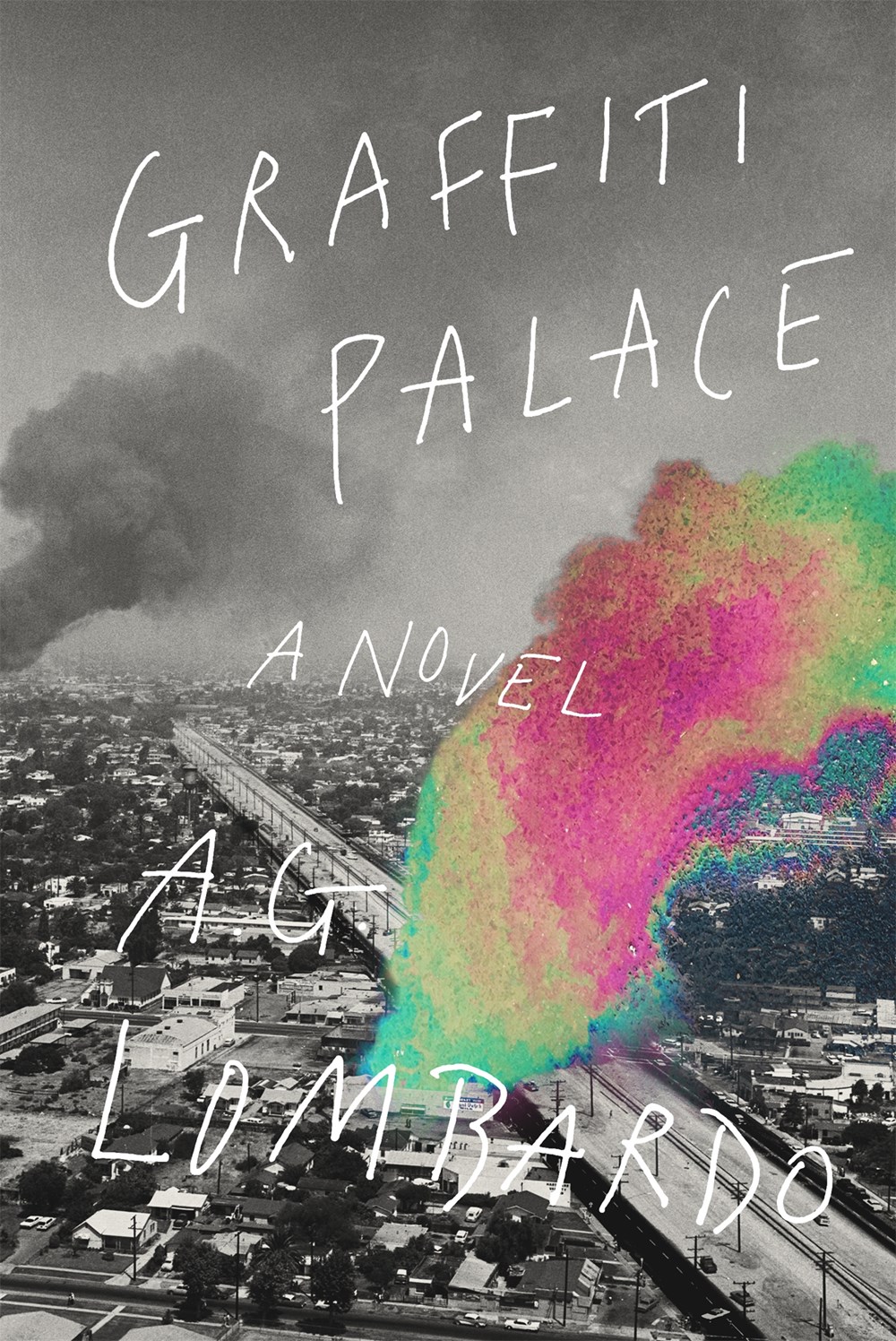 Now only one cat (😿). Still too many books. @ecreipsmith