Meet Us at the Chicago Book Expo! 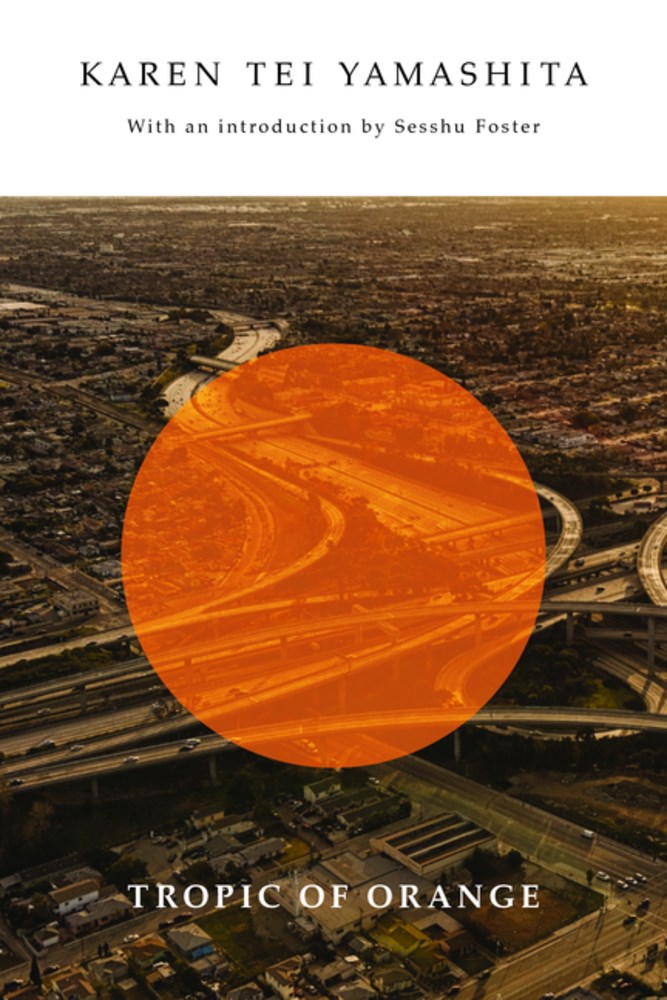 In support of their publication of Karen Tei Yamashita’s new work of nonfiction, Letters to Memory, Coffee House Press has reissued three of Yamashita’s novels in beautiful new jackets: Through the Arc of the Rainforest, Brazil-Maru, and Tropic of Orange, which is the subject of this review. Originally published in 1997 and already considered a canonical L.A. novel, its eclectic and feverish prose still speaks with a freshness on contemporary concerns around migration, identity, globalization and apocalypse.

Tropic of Orange weaves together a collection of seven narratives over seven days, taking place in Mexico and Los Angeles, and its most immediately striking feature is the diversity of its cast. Whilst there is no central character, the sections concerning Gabriel, a Chicano news reporter, are narrated in the first person and it his through him that the strands of narrative interweave.

Alongside Gabriel is Emi, a Japanese-American TV executive and Gabriel’s girlfriend, who volubly represents a postmodern perspective and undermines Gabriel’s tendencies to romanticize and crave simplicity. Next there’s Buzzworm, one of Gabriel’s contacts and self-proclaimed “Angel of Mercy”, who walks the streets, perpetually plugged into his pocket radio, trying to keep some sort of peace.

In Mexico, we find Rafaela, employed by Gabriel to refurbish and maintain his folly; a house to which he will probably never retire, and site of the orange tree, planted on the Tropic of Cancer, which gives the novel its title. Back in L.A. is Rafaela’s husband Bobby, a Chinese immigrant who speaks Spanish and masquerades as Vietnamese, caught between his overpowering work ethic and the impulse to enjoy the life his work has built.

Overseeing it all is Manzanar, a homeless Japanese-American ex-surgeon who conducts the “music” of the L.A. Freeway from an overpass; music only he can hear, but which drifts into the consciousness of others as reality falls apart. Finally, there is another “angel,” Arcangel, an ageless, mystical figure and sometime Luchador who travels from Mexico to L.A. to confront SuperNAFTA: the North American trade agreement embodied in the figure of a wrestler. 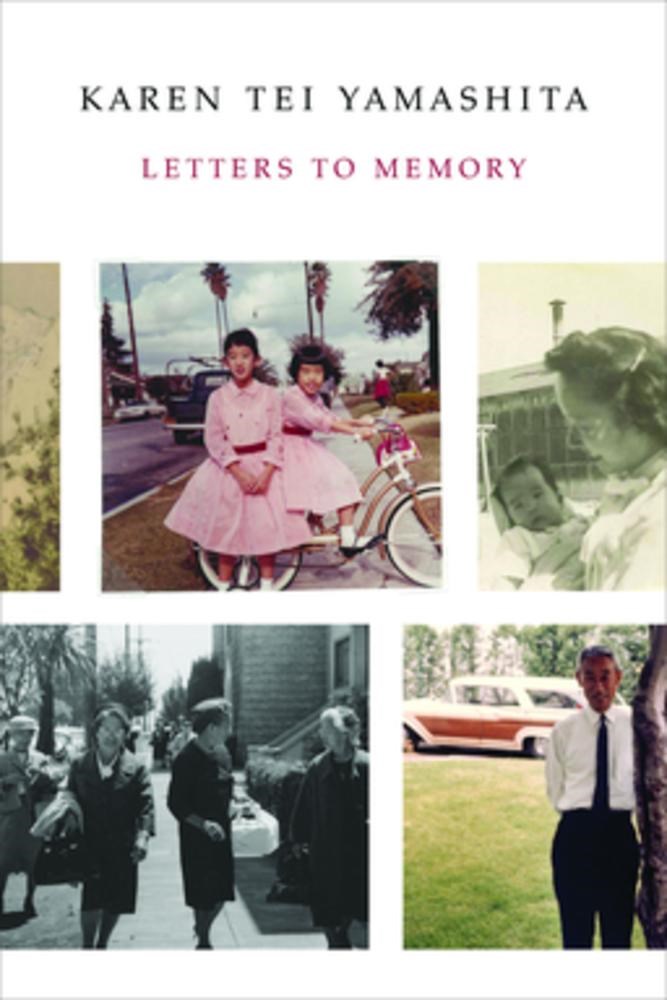 Gabriel’s orange tree, or more specifically its fruit, planted on the Tropic of Cancer in Mexico, generates the focus of the novel, as the imaginary line of the Tropic becomes a physical thread, entangled with the sole orange produced by the tree. As the orange is moved from Mexico to L.A., space and time bend around it, and whilst the magical impact of a migrating latitude is the defining narrative device of the novel, there is still room in which separate story lines take on great significance; people trafficking from Asia, smuggling of children’s organs from Latin America, imports of oranges dosed with cocaine; urban sprawl; homelessness; identity, frankly there isn’t the space here to list them all.

Yamashita constructs an L.A. as much from its cultural referents as from its geography; it’s the city of Raymond Chandler, of OJ Simpson’s white Bronco, of Crips vs Bloods, and as Emi notes, as much as that construction is true, it’s also a lie: “It never rains here! The only reason it rains in those films is so Bogie can wear a trenchcoat.”

As time, cartography and geography are warped by the movement of the Tropic, so too is normality disrupted in the novel, and the lies of imposed cartographical imperialism are laid bare. Cars are abandoned on the freeway, caught between raging infernos caused by traffic accidents, themselves caused by the consumption of the drug-addled oranges. The cars become occupied by the city’s homeless, forced out of their encampments by the fire, who proceed to build another alternative L.A. on the asphalt, staking the claim to end their marginalization by following Buzzworm’s example and appropriating Emi’s NewsNow coverage to their own ends.

Though such an alternative is not, in the end, permitted to survive, its brave attempt, along with Arcangel’s cataclysmic bout with SuperNAFTA, represent the novel’s predilection for proposing alternatives to hegemony which are invigorating, regardless of their demise.

Tropic of Orange is indeed an overwhelming and chaotic novel, as this rather fragmentary summary suggests, and yet Yamashita does an excellent job of bringing the reader along for the ride and patiently orienting us with clarity amidst the brouhaha.

The switch in registers between each strand of narrative is always clear and convincing, and as the strangeness multiplies, our connection to the forward momentum of the plot is maintained by our investment in these characters who remain largely consistent and grounded as reality comes apart at the seams in front of their eyes. Tropic of Orange is a compelling, kinetic, novel with real humanity and is thus easy to recommend, and remains startlingly relevant two decades after its initial release.