Andy Weir Is Going to the Moon 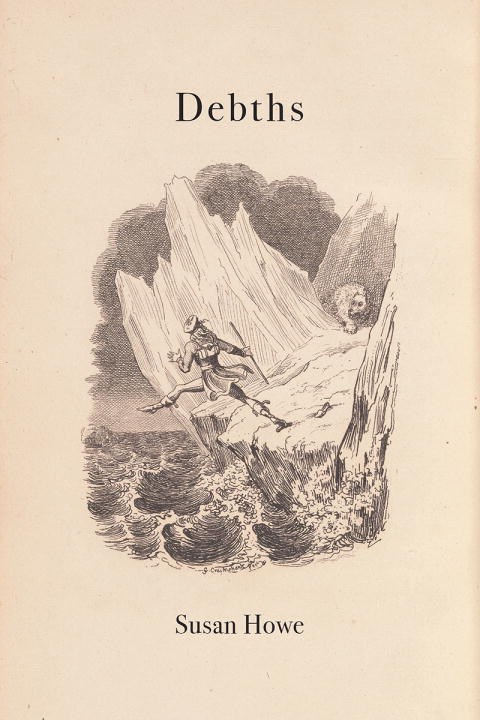 For a book whose name at first glance could be a typo, Debths is remarkably intentional. In a similar vein as Susan Howe’s previous work, Debths is a fascinating look at art across time. Howe adroitly brings into conversation both identified and unknown source material to create a finely woven exploration of narrative and transmission anchored in the American past and future. The book’s sections span prose, original poetry, collage poetry, and a good deal in between. Its content is composed of elements from her own childhood, the art of Paul Thek, draft annotations of late Yeats, fairy tales, dictionary entries, and the Isabella Stewart Gardner Museum, among others. As you might imagine, the resulting counterpoint is quite complex, but it is ultimately one of strange consonance that rings true in the same way as a story too strange to have been invented.

The Isabella Stewart Gardner Museum is my favorite museum in Boston. Gardner helped design the house and personally arranged each of the more than 2,500 pieces in the collection, ranging from furniture to textiles, paintings to correspondence. On her death in 1924, Gardner endowed it as a museum on the condition that her arrangement be strictly preserved. On my first visit I was fascinated by how the rooms themselves seemed works of art — the pieces in the collection are important and compelling, but their arrangement is a work all its own. Seeing each object in relation to the others, to the sun in the window, to the doors and arches to other rooms allows you to glimpse what Gardner did: a macrocosmic vision of connection.

Parts of Debths were composed while Howe was in residence at the Gardner museum. She writes: “Wandering through the inner rooms… I began to think of Gardner as a pioneer American installation artist.” This book, like the museum, takes the reader from room to room, inviting you to search out the latent sympathies in each.

Like earlier work, Debths is particularly interested in the constant interrogation of memory: how is it decided whose name or face, personality or ideas will live on? Which of us will be remembered? In the preface, Howe describes The Portrait of a Lady in Black (Domenico Tintoretto, 1590s, pictured above), a painting depicting a woman overwhelmed by her garments and surroundings. The painter displays his skill and the glory of the riches, the fineness of the lace, but the woman in the painting is a mystery. Perhaps it was not her decision to live on in two dimensions, or to choose what she would be wearing in front of museum visitors nearly five centuries later — yet she endures.

Neither Isabella Stewart Gardner nor Susan Howe has been blind to her possible eventualities; both act as agent of their future selves. In “Titian Air Vent” writing: “I am here to slay the / dragon in the ready-made name of an earlier Susan.” Reading this book gives hope that today’s no-longer-silent voices will ripple into coming years. It teaches the comfort born of thinking of time in centuries. From the forward:

“So many things happen by bringing to light what has long been hidden. Lilting betwixt and between. Between what? Oh everything. Take your microphone. Cross your voice with the ocean.

So she is, and so are the spirits she channels and the windows she creates — but even here it is difficult to avoid finding something between her words. The statement “I am still American” does not simply mean “I am of this nationality” but is also born of “I still exist” and “America still exists.” These truths invoke their own negatives. In an earlier essay, Howe writes: “Outside the field of empirically possible knowledge, is there a property of blueness in itself that continues to exist when everything else is sold away?” Perhaps also: is there a state of American-ness that remains?

The foreword is nearly a section of the book in its own right; the following four sections alternate between unadorned poetry (“Titian Air Vent” and “Periscope”) and word collages (“Tom Tit Tot” and “Debths”).  The collage poems hang in the middle of the page like paintings. They look like the sources have been Xeroxed then pasted together, sometimes covering parts of each other and often cutting off mid-sentence.

It is true that the pieces in “Tom Tit Tot” and “Debths” don’t always illuminate. One oblique page is comprised of two-ish lines of what appear to be equations, then as we move on to the next page we find fragments of Greek emerging from the spine crevice. I don’t read Greek, and there’s not much there to read; nonetheless, it is a small treasure, like finding a freckle. Frustrating, certainly — but also tantalizing, snatches of a song through radio static. We read their half-words reflexively with the eye of the brain, and a miraculous corner of consciousness has been reached somewhere between the reader and the page.

Howe is interested in facsimiles of Yeats not for the drafts handwritten by the poet, but for the facing pages’ awkward typographical transcriptions. Someone labored over this, documenting with an imperfect symbolic shorthand, for the purposes of preservation. In describing the transcriptions, she gives us one way to encounter her book: concentrate less on the exact content than how it’s pinned down. She writes: “Secret connections among artifacts are audible and visible and yet hidden until you take a leap… It’s the mystery of strong music in the soul. Our eyes see what is outside in the landscape in the form of words on paper but inside, a slash or mark wells up from a deeper place where music before counting hails from.”

This may all seem ethereal — too ethereal — compared to the other books on the bookstore shelf, and there is something to be said for reading a book and being able to say truthfully that you understand it. On the other hand, it’s hard to finish this book without feeling fortunate to have glimpsed what you did. Like the Gardner museum, Debths exists in a state of magical suspension. It is intricate and difficult, but it can be visited many times without dulling.