Writers Beat Addiction in ‘Out of the Wreck’ 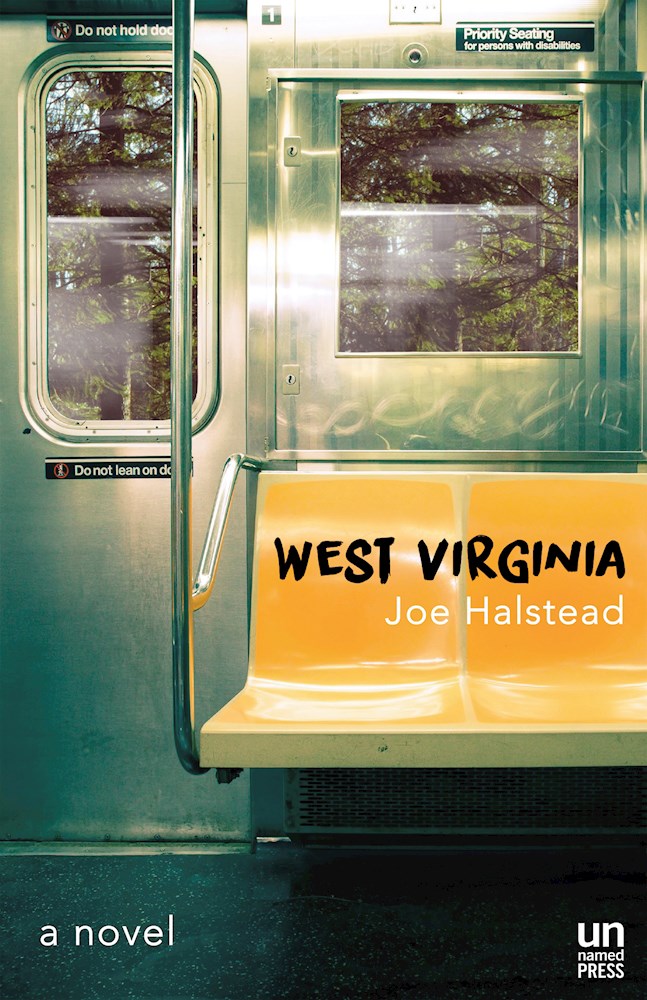 Coming of age stories are a bit overdone these days, particularly those set in New York City. Adding a prodigal son’s return might cause readers to dismiss Joe Halstead’s debut novel West Virginia as a mere rehash of trite tropes—but don’t be hasty. West Virginia is a sprawl of loss, longing, and clawing. Binary reductions fail to account for the great emotional depth of Halstead’s characters, the snarl of their upbringing, and the entrapment of expectations.

Jamie Paddock moved to New York City from rural West Virginia intent on pursuing a writing degree and a new life. He’s at least somewhat successful in the latter. Throughout the novel, he prepares to share his work at a reading in the city—but he drops out of school and instead finds work in advertising. His free time is spent aimlessly: attending parties, getting wasted, hooking up.

This exposition is delivered with haste, recalling the best of Bright Lights, Big City while making references to bands, restaurants, and technology. These name drops emphasize Paddock’s assimilation into city life, and, as the story shifts to rural concerns, emphasize the literal and figurative distance that he has travelled to separate himself from his family and past.

When Paddock and his latest flame Sara, “ordered saag gosht and lamb vindaloo curry and…they both put on their Wayfarer sunglasses since the light inside Royal Bangladesh’s was disorienting and tended to make everything look the same reddish color,” for example, the blasé dining reads as both cosmopolitan and performative—an attempt, perhaps, to fit as much into the idea of city living as in its day-to-day mundanity.

Paddock is drawn back to his home state when his father Roy disappears, presumed dead despite the absence of a body. His mother Janice is suffering from multiple sclerosis, and his sister Carol fraudulently collects disability, claiming seizures. To make ends meet, Carol sells meat. Sometimes deer…but more often roadkill sold as deer. This is revealed in an absolutely harrowing scene with one of Carol’s repeat customers, which reinforces the recurring theme of the flimsiness of appearance:

“He wanted to be like a Kardashian on a reality show, being fed expertly-written lines, and even though he knew the Kardashians were morons that didn’t stop him from wanting to be as clever as they were on TV. He thought that was why Americans had given up on real life and why everyone was living in some false reality of their own delusions, like The Matrix.”

The non-appearance of Roy Paddock’s corpse serves as an effective McGuffin. Jamie navigates the rural landscape in search of information about his father, uncovering family grudges and illuminating histories. In the process, Jamie discovers his father had fancied himself an artist, entering his woodcarvings—including one of Steamboat the goat, whose theft by Roy caused familial fissures—into a juried state contest.

This simple act is one of Jamie’s many revelations throughout the novel and another indication of hidden longing, in defiance of his earlier assessment: “(y)ou left because you didn’t want to be too ignorant or too poor or because you wanted to make an honest grab at dignity. You left because you wanted something, but you were always meant to come back. This was, he knew, how you lived with West Virginia. And he knew he had to accept this if he ever wanted to be happy.”

Jamie comes to realize that perhaps any vitriol between himself and his father has been a figment of his imagination. After all, Roy Paddock had a desire to communicate and a longing only be satisfied by art—just as his son did.

Throughout the novel Jamie operates under the assumption that he’ll have to defend his decision to move to New York City, yet time and again his friends and relatives are genuinely curious or interested, yet never resentful. This comes even as gentrification creeps into his home state. During a New Year’s Eve celebration spent in his home state, Jamie notes:

“There were already several locally owned businesses: two good restaurants, a coffee shop, and a couple of small bodega-like groceries. There was a Vietnamese health place coming, an artisan barbershop, a fish taco cart and Mexican tienda, and a Thai place under construction. The look was slowly changing, a second bourgeois city was expanding its border within Southern West Virgina and Fayettesville was beginning to look like a child’s drawing of Portland or Brooklyn….Jamie couldn’t decide if this was a good thing.”

For all of Jamie’s worry about division, a sameness creeps not only into the cityscape but also into everyday situations. Parties with old friends strike similar notes as those in the metropolis. Names of bands, politicians, and recreational drugs may be different, but the impetus for relief is the same—for escape and relaxation.

Just as the circumstances around his father’s goat theft can be approached from many different angles, so can Jamie’s reasons for staying and leaving be justified. Staying doesn’t have to equal “redneck,” just as leaving doesn’t automatically equate to guilt or abandonment. The end of the novel finds him in a space where he can forgive himself for leaving, despite regrets. This freedom is beautifully wrought by Halstead—a gift which, in these divided times, we should all hope to be fortunate enough to receive.

Joe Halstead currently lives in West Virginia with his wife and cat. His work has appeared in Five Quarterly, People Holding, Cheat River Review, Sundog Lit, The Stockholm Review, Sheepshead Review, and others. West Virginia is his first novel.