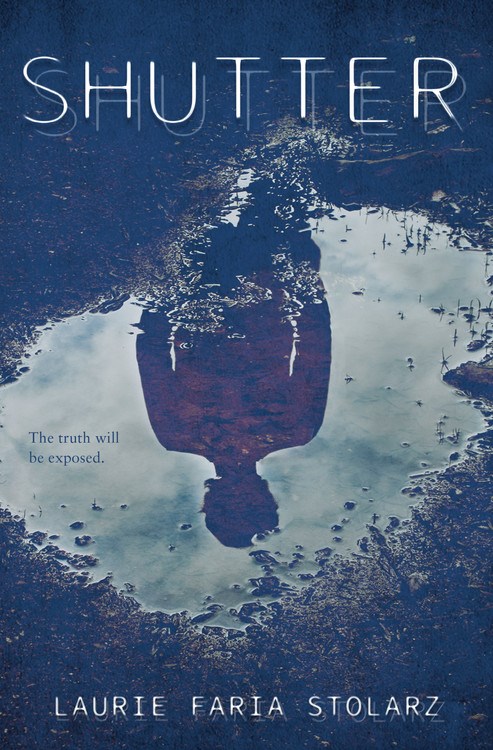 Shutter is another wonderfully chilling young-adult mystery from Laurie Faria Stolarz. It explores the romantic tension between subject and artists, truth and fallacy, and past and future, while revealing the perplexing realities of trauma and love.

Meet sixteen-year-old Day Conner, an activist and photographer, who wants to make sense of a world filled with injustice. But even the stark reality captured in her photographs can’t piece together a world shattered by lies. When Day meets Julian, a juvenile detention escapee accused of murdering his parents, both find themselves on a journey neither could have predicted, hiding from police and seeking to solve the mystery of why and how Julian’s parents were killed.

Stolarz writes Day as the embodiment of support and intimacy. With the whole world against Julian, Day calls upon her artistic and activist sensibilities to save him from himself. Julian fights her every step of the way, but she refuses to stop searching through his past until she learns the whole truth—and the best way to exonerate him. Throughout the book, Stolarz presents the kind of deep emotion and well-paced action common among the most successful of young-adult novels.

Shutter is also filled with moments of spectacular detail and imagery, relying on the anonymity and ambiguity of photographic elements to build—and ultimately solve—Julian’s mystery. It also draws tension from Julian’s painful internal monologues and perpetual mourning. The story shifts between modes and formats, effectively compiling a file of fact and fiction for readers to sift through. Each chapter is told from Day’s point of view but ends with a diary entry from Julian. Some chapters contain transcripts of the protagonists’ discussion of Julian’s case. These elements are vital to the narrative: There’s a dimension that would be lost if it were told only from Day’s perspective.

As it unfolds, the story forms a strange shape that differs from Stolarz’s previous novels: The mystery plateaus early once the plot shifts to Day’s romantic interests. But the romance poses a mystery of its own: Should Day explore the familiar affection of her friend Max or succumb to her feelings for broken Julian? They both need her, and she likes how they both make her feel important. But it’s not only Max and Julian that need Day. Her parents have separated, and she feels it is up to her to get to the bottom of why they split. She spends much of the book contemplating their physical absence and how neither of them ever inhabits the same space at the same time. Day’s fraught relationship with her parents marks a major theme of abandonment that runs throughout the novel, one punctuated by the emotional abandonment Julian explores in his various diary entries. When those entries appear at the end of chapters, they recast all that came before them in terms of Julian’s hidden pain.

Stolarz does an excellent job tapping into the psychological state of her young adult audience. Day’s interests as well as those of her friends model the dynamic complexity of adolescence. The book touches heavily on the transition from childhood to adulthood, that idiosyncratic shift where one day everything is different and there’s no way back. Day often finds that, in the moment, such a shift is unidentifiable. But when she takes a longer look, she sees that the realities of adulthood weigh heavily upon her: Her father and mother are no longer together; her dreams are in peril; and no one, not even her loved ones, are safe from the corruption of the law.

From beginning to end, Shutter explores the mechanics of burying pain, the culmination of broken relationships, and the inevitability of change. For many of us, it’s easy to forget those jarring moments when the world caves in on itself and adulthood forces us to parse lies from fact. Day and Julian’s story serves as a heartbreaking reminder that, in the end, truth is all that matters.

Laurie Faria Stolarz is the author of Welcome to the Dark House, Return to the Dark House, and the Touch series, as well as Project 17; Bleed; and the highly popular Blue Is for Nightmares; White Is for Magic; Silver Is for Secrets; Red Is for Remembrance; and Black Is for Beginnings. Born and raised in Salem, Massachusetts, Stolarz attended Merrimack College and received an MFA in creative writing from Emerson College in Boston. For more information, please visit www.LaurieStolarz.com.

Alexandra Stanislaw is the Editor-In-Chief and founder of Devise Literary. She is also an Assistant Editor for Hotel Amerika. Her work appears in Crab Fat Magazine ("The Good Friend" and "Tampa Raised You Up"), Ragazine, and Chicago Review of Books.