Allegra Hyde Wants Fiction to Matter As Much As Our Votes 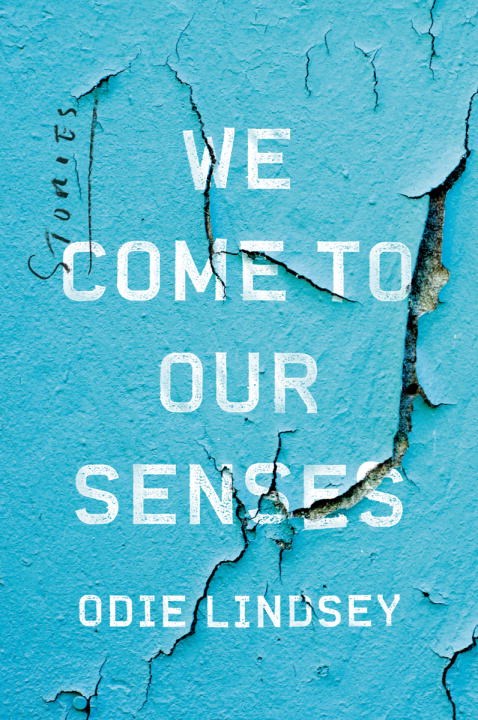 Most war fiction focuses on the battlefield, on the drama and suspense of reconnaissance, infiltration, and combat. But several bestselling books published in the past decade—such as Phil Klay’s Redeployment and Ben Fountain’s Billy Lynn’s Long Halftime Walk—have set their sights on what happens once soldiers return to civilian life. In Odie Lindsey‘s brutal debut collection of short stories, We Come to Our Senses, veterans across the South struggle to resume their lives at home. Through haunting, sometimes tortured voices, Lindsey challenges the depictions of PTSD that have become so familiar in popular culture.

Lindsey will be in Chicago this coming Monday, November 7 for a reading at Roosevelt University’s MFA in Creative Writing program (5 p.m. at the Gage Building, 18 S. Michigan Avenue). I recently spoke with him about writing from different perspectives, infusing fiction with personal experience, and what most people misunderstand about PTSD.

Adam Morgan: One of the first things that stood out to me about this collection is the variety of unique voices. Did they come naturally to you or require study?

Odie Lindsey: I’m not trying to be cheap, but: both. The more I tried to write about war, the more I realized that I shouldn’t, or couldn’t, pursue a singular narrative, character, or voice. In some ways, the most difficult thing about processing the experience was the inherent contradiction. So while there was plenty of study (a.k.a. dead ends!), ultimately, working across a span of voices let me dive into the gut of the subject without betraying its complexity.

Adam Morgan: Why you write about the impact of war as opposed to war itself?

Odie Lindsey: Two reasons. First, because I wanted to bring the war home. Only 1% of Americans have an immediate family member who has deployed to a warzone. It was important to me to reframe that equation, to sling some combat darkness into the domestic space. As example, “D. Garcia Brings the War” was an attempt to transpose the abuses at Abu Ghraib onto a Kentucky road trip.

Second, I started writing these stories 12 years after my own deployment (Operation Desert Storm, 1991), while watching another generation of young people mobilize. Seeing things at distance, I wanted to explore both the legacy of vulnerability, and the culture that repeatedly, almost compulsively engages in war-making.

Adam Morgan: Which story in the collection did you struggle with most?

Odie Lindsey: “Hers” started out as a 40-page, stream-of-consciousness, single-spaced list. A smearing of fact, fiction, secondhand story, television recap…anything I could conjure that had to do with combat. A frantic sort of audit, I was searching for narratives adjacent to my own. It took a couple of years to hone that list down, to isolate the themes of gender, sexuality, memory, and cultural violence…and find a draft to work with. Ultimately, the story “Hers” serves as keystone to the rest of the collection.

Adam Morgan: How much of your own experience bleeds into your fiction?

Odie Lindsey: I’m not sure. It took reams of typed pages to figure out that while my own story didn’t matter, the details of my experience were critical to the authority or authenticity of the collection. (For instance, while I’m not sure I deserve to have written from the POV of a female veteran from rural Mississippi, I am sure that alongside mindful immersion, the attempt required as many experiential facts as possible.) Point being, I was so far gone in the work, for so long, that some things now blur together.

Adam Morgan: What do most people misunderstand about the after-effects of war?

Odie Lindsey: A common misunderstanding is that trauma has an expiration date, or that war is isolated to the soldiers themselves, versus their families, lovers, communities, cultures. Perhaps most relevant to this collection, the term “misunderstand” implies that we have as a culture tried to understand the experience through different lenses. I’m not sure we have attempted to empathize with the after-effects of war for nontraditional soldiers—female, LGBTQ, anyone beyond the dominant/historic narrative.

Adam Morgan: What, in your mind, should a short story do?

Odie Lindsey: A story’s only obligation is to the parameters it sets for itself. Personally, I think those parameters should reflect craft, and mindfulness, and a sense of unflinching truth. But what form that truth takes? Or what, even, makes a story a “story,” is an authorial determinant.

The Crushing Weight of Negative Space in “Seven Empty Houses”

Trying to be Good in “Liberation Day”

The Stories We Retell in “Bliss Montage”