Middle children often don’t get their due and that’s frequently the case for short fiction as well, wedged between poetry, flash and full-length novels. Yet in the hands of those with a talent for shaping entire worlds in brief pages, they are as powerful as the most economical poem and the weightiest novel. In K-Ming Chang’s hands—and in her new collection, Gods of Want—they are thrilling, singularly voiced and always memorable.

The collection’s opening story, “Auntland,” resembles the love child of a list poem and sumptuous prose, and immediately hooks with this acrobatic and assured beginning:

“I had an aunt who went to the dentist and asked to get her tongue pulled. We only do teeth, the dentist said, but did it anyway. She took her tongue home in a jar and flushed it down the toilet and years later a fisherman in Half Moon Bay made the evening news, waving my aunt’s tongue like a flag at the end of his pole. The police are still looking for the body it belonged to.”

An army of anonymous aunties—by my count, at least 25— follows, living, ghosts or otherwise, blurring the lines between what we consider real or imagined. This lack of nominal identification continues throughout the collection, where given names are rarely used, and are often superfluous. Yet, some characters seize that control for themselves. There’s the simple beauty of the brief “The La-La Store” detailing childhood memories of the joys of a local dollar store amid the larger complexities of assimilation. The young narrator collects key chains that didn’t—could never—have her name on them, so she “looked for other names to adopt” and loops them “around the shower ring where…every name was mine.”

There’s a compelling contemplation of diaspora in these stories as well—whether it’s by choice or force—and how often the reality doesn’t result in a fairy-tale ending, especially for immigrants, how “Our mother said retirement was an American idea, that our grandmother on the island worked in an infant-formula factory until the day her bones got recalled and she was dissolved in to a flock of white crows.”

For these predominantly female Asian-American characters—for many immigrants—there’s an added weight of what is owed to those who stayed behind. Their namelessness, and the sacrifices they are expected to make are exquisitely rendered, and Chang subtly interrogates the self-determinism of the U.S. as well as the tribal, we-oriented aspect of many “home” countries.

The collection as a whole is uniformly lyrical, especially when contemplating the pain of life for those forced into places or spaces that don’t often allow escape, as at the conclusion of “Virginia Slims”: “Melon fled the bed, opening every window for the smoke to migrate out and calcify in the sky, slender and white as a bone plucked alive from the hole of night.” Chang also reminds that myths are often brutal, threaded with darkness, their happily-ever-after moments qualified and temporary. We live in the in-between, in the moments of passion, of satiation, of clarity.

Though I almost hesitate to use the term magical realism—Gods of Want stands apart from such categorization—Chang excels at relaying the extraordinary as commonplace. In these stories, the speakers live in a world where the veil is lifted and the past and the dead often have equal space with the present and the living, and if there are power imbalances, they often favor the former. Are these connections—with the past, ancestors, family and country—roots or weights?

Another consistent, thrumming theme throughout the collection is the want of the title, desires that are sometimes sated, and more often thwarted, sometimes with dangerous repercussions. Part of that immense hunger is also a lush, multi-layered investigation of queerness that also presents the friction between secrets and public personae, what is allowed, and what is forbidden. Chang’s sensitive portrayal of these youthful passions and awakenings is especially authentic and intimate.

In the longest, and last, story, “Meals for Mourners,” the narrator’s mother says, “There are certain things you can’t grow up to be…You can’t grow up to be someone else. I said, What about myself? And Mama said, You can’t be that either.” Many of these women struggle to be themselves—to investigate that oft-hidden “I”— oppressed for being an immigrant, for being female, and often needing to subsume their sexuality.

There are some repetitions of themes across the stories, but it subtly accretes to underscore the anonymity of the women, and how too often they are easily displaced and erased, even in their own communities and families. Nothing seems permanent—not even death—yet at the same time, many of these women are trapped. Yet the book is a joyful delight, for how characters find ways to find satisfaction, temporary though it might be, and especially because of Chang’s playfulness and sharp sense of humor.

Beyond all of these questions about identity, the self versus the collective, and the damages rendered by exile, diaspora, and societal judgments, these are beautifully-crafted stories, with magical elements, and even more magical language. I’m not much of an audiobook maven, but I’d love to have these read aloud to me, so I could close my eyes and immerse myself in Chang’s words and worlds. This is storytelling to savor, and another coup by a writer who seemingly has no boundaries. 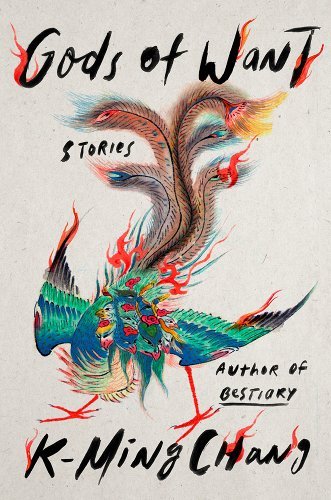