Vanessa Jimenez Gabb’s second full-length collection of poetry, Basic Needs, is a love letter in three movements, written as the Brooklyn poet watches capitalist America in slow and seeping collapse with a steady, unflinching eye. The collection is not an elegy for this moment in time, but rather an homage to the lives built under this system between lovers, crafted by those living amongst a burning fire as they search inward to imagine a world that is perhaps more free—or at least feels more free. The feeling of freedom, Jimenez Gabb’s poems stress, may be an illusion, but it is also a code of survival. If illusion becomes truth in this way, so be it.

In “La Slowtería,” the collection’s first movement, the speaker considers how interior worlds can present themselves as mirrors of the outside:

“I think about how I got here. To a
frame I don’t know. How could I until
I reach it.”

suggesting there is no knowing where we will land until we arrive. In the next section, “Roses,” the speaker searches for a direction to the divine, a release from this mirror binary:

By the third movement she has leveled this dialectic of the in/outside through her own work, blooming into a profound surrender:

“I confused strength
I wasn’t listening
how could I not see a woman coming[?]”

“You and me, forever” asks. The answer, which this book so brutally and beautifully expresses, is that you can’t. You must become that woman first—as fires spread outside our windows, we must also build our own fires.

This interview has been edited and condensed for clarity.

Your fans know when you announced this book it was under a different title, Pink Salt. Aside from the title, how has this collection changed as you edited it; how has it evolved alongside your own life?

Nodding. Smiling. So, the collection was originally named Basic Needs. “Pink Salt” was the title of the poem that begins “In Kyiv”, and “Basic Needs” was the title of the poem that begins “there will be work”, both in the final section of the book. Both titles felt elemental, radical and like they could represent the collection. But as I started editing—I started writing this collection in earnest three or four years ago—poem titles felt like they were adding a completeness, an anchor that didn’t jibe with the tenor the collection had taken on, specifically after that long poem, “for the strings”, also in the final section, which was the last poem I wrote. There needed to be an openness, an ambiguity and suspension. Ultimately, Basic Needs seemed less unadorned, less figurative, more direct. And it was the first title, and I generally do better when I stick with my first thought.

As a whole, the collection has moved in step with my life, through a final year of being a full-time classroom teacher, into self-employment and the gig economy, through my family’s reexamination of itself in the wake of my mother’s nervous breakdown, through my relationship with Misha and our getting pregnant with our daughter. The manuscript has evolved to become very interested in trying to look inward, to find its “I” under capitalism. In leaving my job, I gained time to not only document but also to explore and question my own alienation through the poems. When my therapist said gently that I’m “not as trained in my I” it was such a breakthrough moment for me.

You’ve referred to Basic Needs as a “sequel” to your first full-length collection Images for Radical Politics. In many ways it’s possible to read it as a reinterpretation, a correction, or simply a retelling of your first collection, which you published also with Rescue Press in 2016. I love the idea of a poetry collection as a sequel. Could you talk more about the relationship between these two bodies of work?

I love movie sequels: The Empire Strikes Back, The Godfather Part II, Addams Family Values. What happens next? I always want to see more of a life! In terms of poetry, I suppose every collection is a sequel to the one that came before. I wanted to take the same themes—love and labor—and just keep pushing deeper into their nuances and into the relationship between capitalism and the individual. Building these poetics is important to me. Sticking with it. Sustaining it. This takes its cue from revolution building.

One can be rushing to work, to teach in New Jersey, be involved in a five-car pile-up and be more concerned about not showing up for work; that in the face of labor, the worker is so obedient, disempowered, and scared. Even though they, in theory, may know the history of the struggle of the working day in this country, the act of leaving looks much different. So much emotional terrorism. So much trying to reconcile one’s role in radical change. So much practice looking out to just try and understand how things function that it’s hard to then look in. It’s too difficult for an individual on their own even if they are conscious. The dichotomy of leaving a job, or staying, past and present, the disconnect between theory and practice are fascinating to me. The book is particularly preoccupied by the latter. That even within the tradition, there is always something sacrificed. And the history, the multi-vocal approach I take in Images, as well, is meant to honor the larger context of which I, as a worker, someone who has to sell their labor, is a part. A time when the left presented an organized and viable option for many. We have many models here and globally to which we may look.

Basic Needs forces us to examine a frustratingly dialectical world, and every extreme comes head to head in “for the strings.” In this poem, the speaker attempts to take inventory of her emotions, of her art, of her work, of her life: “The social role of art then the law of beauty cannot be understood without economics.” It seems to reveal that our “basic needs” are, ultimately, not so basic, always entwined with capital. Can you talk more about this manuscript’s preoccupation with these dialectics, specifically excess and austerity, and how this is transferred onto intimacy?

I was raised in Brooklyn in an Orthodox Marxist household. Specifically, my father is an economist, an historical materialist.  He and his Marxist circle from City College, the Harvard of the Proletariat, and The New School (for Social Research at the time), other professors and economists, also from Brooklyn, many from Iran, were my first introduction to poetry. Every moment was a salon. It was hardcore and it oriented me quite early on. I learned about dialectics as a rigorous and comprehensive study of relations, a way to understand our world. While I’m not an economist and though it made me feel like a total outsider as a kid, I am a second-generation Marxist. I am grateful for this inheritance. The collection begins on this note.

My writing comes out of this position, this academic class, then. It’s at the heart of my poetic line. The tensions. The antagonisms. I love repetition as a device for this. We can’t have excess without austerity on a systemic level. The poems are about similar contradictions on the personal level. I buy and buy to get a capsule wardrobe. How can we reach true intimacy this way? I’m not sure we can even begin to fathom true intimacy within the logic of capital.

There is something fascinating going on in this book, where a reflection of the interior is happening as or alongside a critique of the exterior. The speaker of these poems knows fundamentally that the world outside does not work, and turns inward to understand what is possible; how and why the poetry is in motion. How do you imagine the meaning of this book will be transformed as it leaves your hands and enters the world?

The book emerges from a material reality that it’s going back into, so I hope it will say as much about the current moment as it does about a larger tradition. I imagine the book will join its other selves. 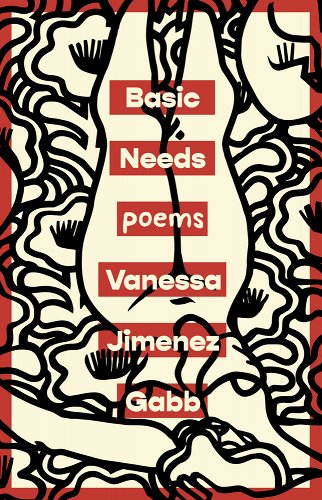 Christina Drill is a writer from New Jersey currently based in Chicago. She is the Social Media Editor for Chicago Review of Books, @stidrill online, and you can read more of her work at www.christinadrill.com