Revealing the Ideal and the Real in “Bourdain: The Definitive Oral Biography”

Mahogany L. Browne, author of several acclaimed books, such as Chlorine Sky, Black Girl Magic, Woke: A Young Poet’s Call to Justice (and Woke Baby), is committed to the complex issues around mass incarceration in this country. As Executive Director of JustMedia, she drives a critical conversation about the criminal justice system, especially as it relates to women and children. I Remember Death By Its Proximity to What I Love could be considered an extension of that conversation, but it is first and foremost a notable volume of poetry, with the memorable lyric and linguistically charged language that readers expect from Browne.

In poetry, form and content are inevitably interrelated, nowhere more so than in I Remember Death By Its Proximity to What I Love. Structure—how the words look on the page, the use of photos, footnotes, objects, borders—is in partnership with language, and how it is supported or undermined. Each page has a dark border with an acronym of a California prison or incarceration facility, thirty-five of them in total. The key to these acronyms, at the end of the book, ominously leaves number 36 blank, with the assumption that the number will continue to grow. Even as a long-form poem in two parts, each page is isolated by this practice, inhabiting a widely banded cell that separates it from other pages.

Parentage and origin are important themes here: where we come from, and how that impacts where we’re going or allowed to go. Does our past foretell our future? How do we escape the constructs we’re born or are thrust into by society?

Common questions have an entirely different flavor and heft when one’s family histories are complicated, amid reminders of abandonment and not belonging. Determining one’s narrative—past, present and future—can feel like a privilege.

Furniture for the dorms here

Being seen, let alone being understood, is a key component here and elsewhere in this book. When we relegate people to a categorization, or worse, an acronym or number, the essential humanity of that individual is sheared off. We become things, gestures, that lose the right to be treated as human beings. There’s hope in the repeated “ifs” below that implies the potentiality of action, of expression, even though the “but” suggests the weight of constant impediments. Yet, instead of rage, or in spite of rage, or alongside rage—an emotion that is as exhausting as it is a catalyst—she is finding her poems and they are finding her:

“But all I can muster
Is the strength to pull myself

Instead I find you

waiting to be seen

The collection has a significant number of footnotes that play double duty. They create a pause—or interruption, as the case may be—with smaller type that purportedly explains or cites, but there are often more questions than answers.  So, too, these “footnotes” offer information as an aside, as a whisper, that is as important as the main text. This begs the question of how we hierarch language and positionality. Who decides which information is mainstreamed and which is secondary—and which doesn’t make it on the page at all?

The repetitions of “I remember” throughout the book leave a space for all that’s forgotten, and the cost that is paid by those not incarcerated, yet still punished. In one of the footnotes, Browne offers this aside: “This system is blood hungry. Read the reports. The data will consistently count his body, but never once will it take into account the shadows of his absence.”

The second part of the collection uses more imagery, to great effect. In one instance, interspersed with the poetic phrases is a boxed CONSTANT THREAT on an otherwise blank page. Other pages show the word “Segregated:” 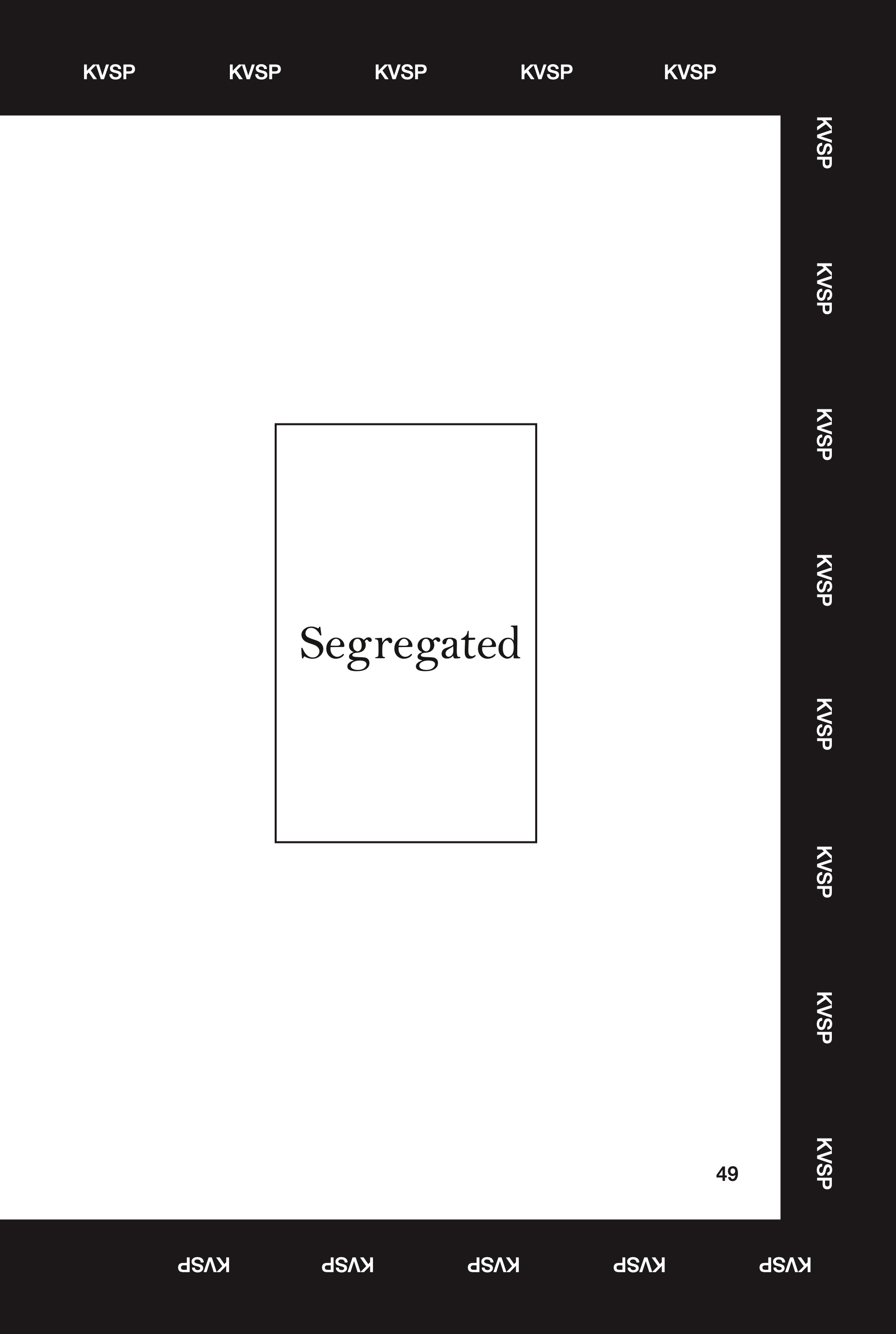 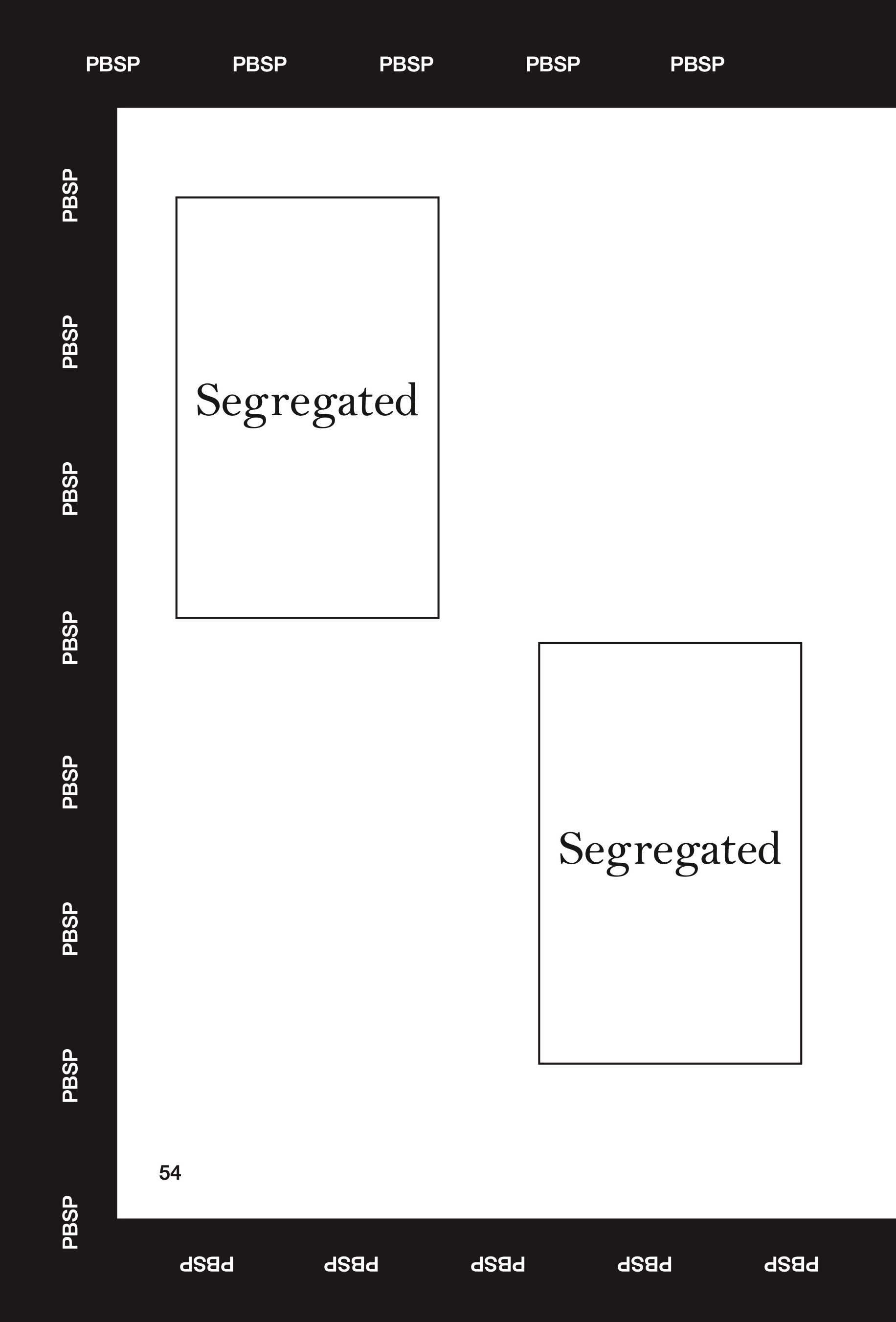 What is confined and forgotten? These repetitive words are onomatopoeic acts: both indicating and describing a word and action in the same box. The word in the cell, the man in the cell; the implacability of spaces that make no room and force people to twist to their dimension, causing a permanent shift in who they are, could have been. The business of incarceration necessarily subverts the purported goals of it as a form of rehabilitation. The legal judgments may be on those imprisoned, but as this book makes clear, the ethical ones are entirely on us, all those who encourage, allow, or turn their heads and forget:

“I enter the gates of a boy’s prison
menacing the border of Bristol, England

I toss the jacket in the trash

“There ain’t no poem in that,” Mahogany L. Browne writes, even as she contradicts herself with this resounding and resilient collection. In I Remember Death By Its Proximity to What I Love, she entwines the carceral economy, planetary shifts, border abuses, the pandemic and more through a diversity of syntax and visual cues. Throughout, Browne reflects on and responds to a deeply conflicted time in which all that’s consistent is inconsistency, underscoring how much we need poems like these, and poets like her. 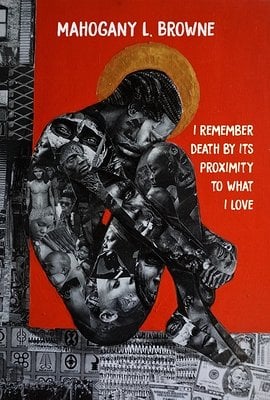 POETRY
I Remember Death By Its Proximity to What I Love
By Mahogany L. Browne
Haymarket Books
Published September 14, 2021

Tags
Haymarket Books I Remember Death By Its Proximity to What I Love Mahogany L. Browne Poetry Review