A former industrial boomtown, sinking into dingy oblivion. A web of extended immigrant families, drifting apart as individual fortunes rise and fall. The prodigal son, home from the big city. No, this isn’t a novel set in the Rust Belt, however much its plotline speaks to the lived experiences of many Midwesterners. Late Summer is the latest novel from Brazilian writer Luiz Ruffato, newly released in a hypnotic translation by Julia Sanches, and only the third of his over sixteen books to be translated into English.

Its setting is the author’s hometown of Cataguases, once a thriving center for textiles and mining (trains carrying bauxite trundle through the novel’s scenery). Now home to little more than 75,000 people—a relative village by Brazilian standards—Cataguases is located in the state of Minas Gerais, not far from Rio de Janeiro.

The city’s decline was formative for Ruffato, who came of age in the 1970s and 1980s, the final years of Brazil’s military dictatorship, a period marked by successive economic crises and rapid deindustrialization. His body of work consistently pits aimless, alienated characters against a modernizing society, probing themes such as consumerism, class, ethnicity, and the environment. His protagonists are, like the Italian-Brazilian Ruffato himself, second-generation immigrants straddling multiple divides—past/present, urban/rural, nostalgia/disillusion—all while struggling to connect and belong.

Late Summer is a fine example of Ruffato’s recurring themes. The narrator, Oséias, erstwhile traveling salesman (read: unsettled), has just returned to Cataguases to reestablish contact with his siblings and former classmates after a prolonged estrangement in São Paulo. He finds his family splintered, each sibling a universe unto him- or herself, and the reasons behind this strain, as with most family tensions, seem outwardly opaque. We know only that his sister Lígia has…died—Oséias repeatedly contorts himself to avoid saying the words “killed herself,”—and the other characters are equally evasive, such that her suicide looms over the narrative, gathering force through their silence. The motif of silence, this ever-present ellipsis, becomes, in Ruffato’s hands, double-edged. In certain instances, he wields it to contrast the noisy complexity of adulthood/modernity with a simpler, sepia-tinged time, frequently resurrected by Oséias in passages that bleed together past and present:

“My life on the road and in hotels…I never enjoyed any quiet again…The sense of peace when you arrive home, close the door, and tune out the world. The feeling of safety – No, more than that, of…of…invulnerability! That’s right. The sense that nothing and no one can touch you, that between the four walls of your refuge, you are safe from harm…Walls of steel; refuge outside time…Had I ever experienced that tranquility, that quiet? Gone were the evenings when the only sound was the rat-tat-tat of Mom’s sewing machine […] Gone were the holidays to Rodeiro, where we helped weed the fields, wielding hoes and racing to finish our chores so we could play with our cousins…Lígia…Everything came crumbling down…”

Nevertheless, silence also marks the uncomfortable present, distancing the characters from one another. The sound of the gunshot that killed Lígia, which Oséias remembers only towards the end of the novel, is deafening, reverberant, but it is only the final, most dramatic blow, setting the ensuing quiet in starker contrast. The truth, as the reader learns, is that the Nunes family is like so many others, with silences that have built up gradually, a lifetime of quibbles that harden into grudges. As Oséias drifts from one sibling to another, these tensions surface without ever being confronted.

There is Oséias’ sister, Rosana, who grew up doted upon by a wealthy godmother, and now tolerates the affairs of her doctor husband, otherwise consumed by fitness, plastic surgery, and shopping trips to New York City. Their father stopped speaking to her around the time of her country-club debut, resenting the money the family was forced to spend to position her for this upward climb. Even though Rosana and her husband cared for him at the end of his life, taking on all the labor and expenses this entailed, Oséias’ father maintained his silent treatment to the end.

And then there is Oséias’ sister Isinha, who married down and now plays the quiet martyr. Her alcoholic husband abuses her. Their son pawns onto her his brood of illegitimate offspring, while she labors for pennies sewing brand labels onto knock-off clothing. All this she endures with forbearance. She’d like to sit down with Oséias, probe what has brought him back home after all these years, but she just doesn’t have the capacity, and Oséias flees the chaos.

João Lúcio is the brother who shrewdly leveraged his connections with rural Italian relatives, buying up land and building wealth. Like Oséias, he has maintained a physical distance, not returning even for illness or funerals. The other siblings resent him, sneer about him, such that the reader imagines a rapacious villain. But when at last he appears, João Lúcio proves far more nuanced. While the other characters, especially the women, often come off flat—the author’s zeal to show the larger societal forces at work transforms them into types—we learn that João Lúcio has lovingly maintained the family crypt, that he hosts his employees at his country estate on weekends, that he may not know what to say to Oséias, but he welcomes him into his fancy, modern home. That he seems…lonely.

But what about Oséias himself? He may be the narrator, but his silence is heavily guarded. We know he is terminally ill, not because he tells us in so many words (though there are the occasional slips of memory), but because we witness his routines—his insomnia, his inability to keep food down, his profuse sweating and frequent showers—which through repetition become a kind of mantra, sweeping the reader up in dreamlike timelessness. It’s in this propulsive rhythm where Sanches’ translation most shines, handling the staccato reiteration of subject-verb-object with aplomb, and buoying the author’s stylistic experimentation with a few tricks up English’s sleeve. The entire book is a single paragraph, broken only by five date-titled chapters. Within these are sparse section divisions where the sentences trail off because Oséias has fallen asleep. Just before he drifts off, his prose lapses into stream of consciousness, and names lose their capitals. A brilliant touch, in these instances, to dispense with the capital I of English, effacing the narratorial ego in ways not as readily apparent in Portuguese. Like our narrator, we are meant to sleepwalk through this story, losing the thread of what’s past and what’s present, real and unreal.

Write It and She Will Read: Melissa Febos’s “Body Work”

Oséias seems more confessional when it comes to his failed marriage with Marília. At first, he eagerly sloughed off his own familial obligations for weekends in the country with his Polish in-laws, even missing his father’s death while away with the vast Kempczynski family. Perhaps this is because he longs for those rural childhood visits to his mother’s Italian relatives, visits which ended when his father, resentful of their status and snobbery, used an ethnic slur and cut ties. But in his relationship with Marília, silence, in the guise of absence—his frequent business trips—erodes their bond, so that (at least as Oséias tells it), by the time he realizes her dissatisfaction, it’s too late to save the marriage.

What makes Ruffato’s oeuvre so relatable to American readers is precisely that face of Brazil we so rarely glimpse from the outside: its multiculturalism, its messy modernity and glaring inequities, the way collectively it, too, chooses silence rather than confront its own shortcomings—until it’s too late. 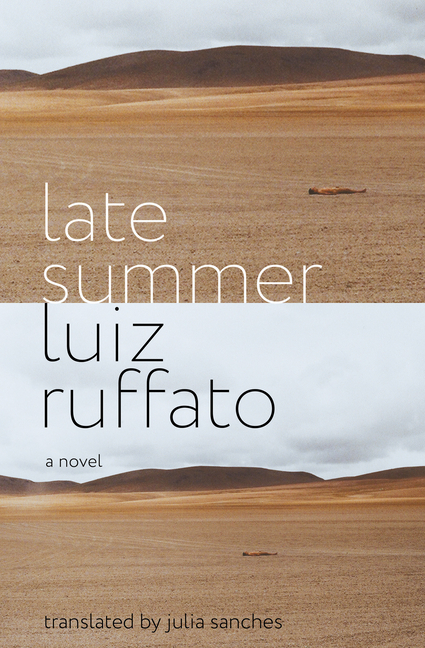 Amanda Sarasien is a writer and literary translator working from Portuguese and French into English. Her reviews, essays, stories and translations have appeared in numerous journals, among them The Common, The Literary Review, and The Puritan. She is a founding member of the Third Coast Translators Collective (TCTC) and co-chair of the PEN Translation Committee, and lives in Chicago. She can be found at amandasarasien.com.