Construction of the Grand Coulee Dam on the Columbia River of Washington state eliminated 1,100 miles of natural spawning habitat for fish and over 21,000 acres of land where local Native American tribes had lived and hunted for thousands of years. The dam forced relocation and a detrimental change to the way of life for many people. This history flows through the blood of brothers Andre and Smoker in Bruce Holbert’s fiery novel, Whiskey, Holbert covers three spans of time: the formation and dissolution of Peg and Pork’s explosive relationship, the formation and dissolution of Andre and Claire’s relationship, and the reformation and near dissolution of Andre and Smoker’s relationship. The pattern is prevalent.

The coming together of Peg and Pork was a careless experiment whose combustion by-products were their two sons, Andre and Smoker. Holbert charts the frivolous whims of Peg who comes and goes as she pleases along with Pork’s warped sense of duty toward the family that he is ill-equipped to head. Both feel they have done their best as parents, yet both know their best is woefully insufficient. Despite their self-awareness, they harbor resentment toward their sons who blame them for their own shortcomings. Beneath the shared rage is a hint of parental pride that Andre and Smoker survived the whole ordeal. Peg is abused by others and abuses herself both inside and outside of her family household and may account for her inability to be anchored to anything or anyone for very long. Pork is quite the opposite and takes his resentment of her absence out on their children.

Peg and Pork’s battles have a lasting ripple effect on the rest of the characters. “But Andre determined to kill himself in a novel way. He would remain living and simply oppose everything in his nature until he was no more.” This is the sentiment throughout most of the book. Each of the characters don’t think much of themselves nor do they expect anyone else to. Yet, each seems to seek invigoration by different means, only to bat away any notions of self worth, or even belief.

Andre meets Claire at school. A fellow teacher, he is able to put himself in position to conveniently run into her as often as possible. When he steps over the line and follows her home to watch her through her living room window, she discovers him and explodes into his world in a crash of violence. He couldn’t bring himself to talk to her, but when she sneaks up behind him at his perch and concusses him, it seems oddly appropriate that this brings them together. Unfortunately, the end of their relationship was not quite as eventful:

“There was no last straw, no camel’s spine, no argument or slammed doors or broken saucers or vases, none of the theater one associates with a marriage’s dissolution. Instead, their home darkened until neither of them could light it alone or together.”

A theme throughout Holbert’s narrative is darkness and light. He uses beautiful prose to describe the condition of the sky and the movement of light as if they are each characters in Native folklore. “The sky purpled and the clouds cleared and the night rose, a black blanket salted with light,” or, “Their shadows grew in the fluid light, exaggerating the length of a chin or brow like totem heads.” Holbert makes this most clear through Andre and Smoker’s relationship—the most compelling and also the most present throughout the novel. They are always described in relation to one another making them the most fully-formed characters.

At times, Andre is more comparable to light because of his thoughtfulness and willingness, though limited, to engage with others. At the discovery of Peg’s dead body, Andre wants a proper service. Smoker wants to bury her in the mountains. In the same scene, however, the role reverses briefly. Andre found Peg first and left the light off as he waited for Smoker to arrive. He insists on leaving the light off, so when Smoker lights a cigarette, he is illuminated in the flare of the match. He then makes it clear that now that Peg is gone, they don’t have to be burdened by anger, anymore. It can die with her. Andre seems to want to brood and wallow in his mourning, where Smoker, the better hunter of the two, sees death as a natural part of life.

Smoker has also been married, but this relationship is treated with a bit less care. Their child has been kidnapped by an eccentric, religious zealot and Smoker and Andre set out to find her before she is lost to some sort of organized abuse. This journey is more confusing than enthralling, but it does show readers the depth of Andre and Smoker’s bond and what they are willing to do for (and to) each other out of what they can best describe as love. 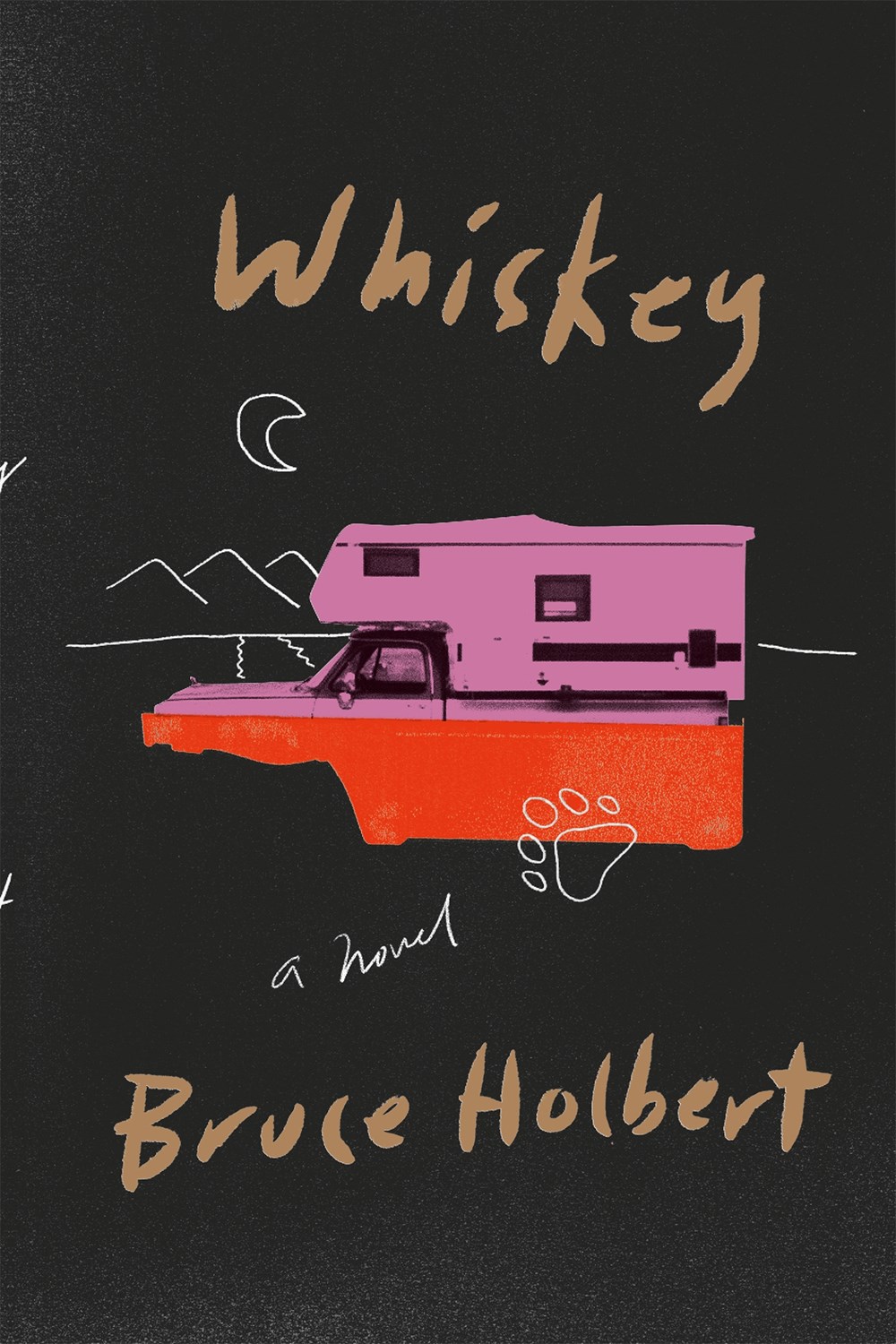 Bruce Holbert is a graduate of the University of Iowa Writers’ Workshop. His work has appeared in The Iowa Review, Hotel Amerika, Other Voices, The Antioch Review, Crab Creek Review, and the New York Times. He grew up on the Columbia River and in the shadow of the Grand Coulee Dam. His great-grandfather was a Native American scout and among the first settlers of the Grand Coulee. Holbert is the author of The Hour of Lead, winner of the Washington State Book Award, and Lonesome Animals.

‘So Lucky’ Is a Powerful Indictment of Ableism