Life, as the familiar expression goes, can turn on a dime. Mara Tagarelli, the headstrong protagonist of Seattle writer Nicola Griffith’s fierce eighth novel, So Lucky, knows this all too well: in a matter of days her marriage ends, and she is felled by a diagnosis of relapsing-remitting multiple sclerosis.

The sudden onset of a debilitating illness would be devastating for anyone, but Mara’s self identity is firmly formed around her view of herself as a strong person, physically and otherwise. An accomplished martial artist accustomed to a high degree of control over her body, Mara finds the prospect of being weak and unable to protect herself unthinkable. As someone living, even prior to diagnosis, in fear for her safety, she is always on guard against and mistrustful of others, especially men. She points to an attack in a bar when she was in her early twenties as the source of her long-standing rage regarding the narrative of women’s weakness: “I was beaten by two men and I learned the story that most women already knew: that men beat women for no other reason than they could, because they were raised on the story that women are weak. We were taught we are weak.”

While Mara managed to take that rage and redirect it into karate and her social work in HIV and AIDS—eventually becoming the executive director of the multi-million dollar foundation, The Georgia AIDS Partnership—her diagnosis resurfaces old fears and forces her to confront a future unlike anything she had anticipated. Her lifestyle, relationships, and even livelihood are all in jeopardy. Griffith, who herself has MS and was compelled to refocus her career trajectory upon diagnosis, does a masterful job of illustrating the many frustrations a newly-diagnosed individual faces trying to navigate the healthcare system, medication and treatment options, accessibility issues, and the ignorant attitudes and assumptions about people with disease.

In one particularly painful yet illuminating example of such attitudes and assumptions, Mara is travelling to Florida by plane to deliver a keynote speech at a conference on disability. The progression of her MS has limited her mobility and as she is shuttled around the airport in a wheelchair by an insensitive porter, she realizes, as so many do, “the chair had turned me invisible, written me out of the story.” The conference is similarly disheartening for her as the crushing reality of her new status, in the eyes of others, as a disabled person becomes clear: “I had not really understood that I now belonged on the other side of the divide. I was a crip, not one of the real people. My purpose was to be brought up from the deep, exhibited, and cast back.”

Because Mara is a fighter, she refuses to be defeated by her circumstances. In the midst of dealing with pain and drug reactions, sadness over the loss of her beloved wife, and uncertainty surrounding a potential new relationship, she sets about using her considerable nonprofit experience and reputation to establish a new and much-needed organization with the mandate “to help disabled people help ourselves.”

As the organization begins to flourish, the novel takes a narrative turn in the direction of a psychological thriller, adding an effective and chilling dimension to the story. Violent acts are being perpetrated against people with MS, and there may be a connection to Mara’s organization. Alone and feeling vulnerable, Mara thinks she too may be a target. But just who or what is it that threatens her? And will she have the inner strength to confront her worst fears?

Far too little fiction reflects the experiences and realities of those with disabilities, and when it does, it often reads as an exercise in tokenism. In So Lucky, a disconcerting but very necessary book, Griffith presents a protagonist with substance, complexity, and purpose. Mara is so much more than her diagnosis and limitations, but her story underlines the insidiousness of ableism and the lamentable mistreatment and neglect of the chronically ill and disabled among us. 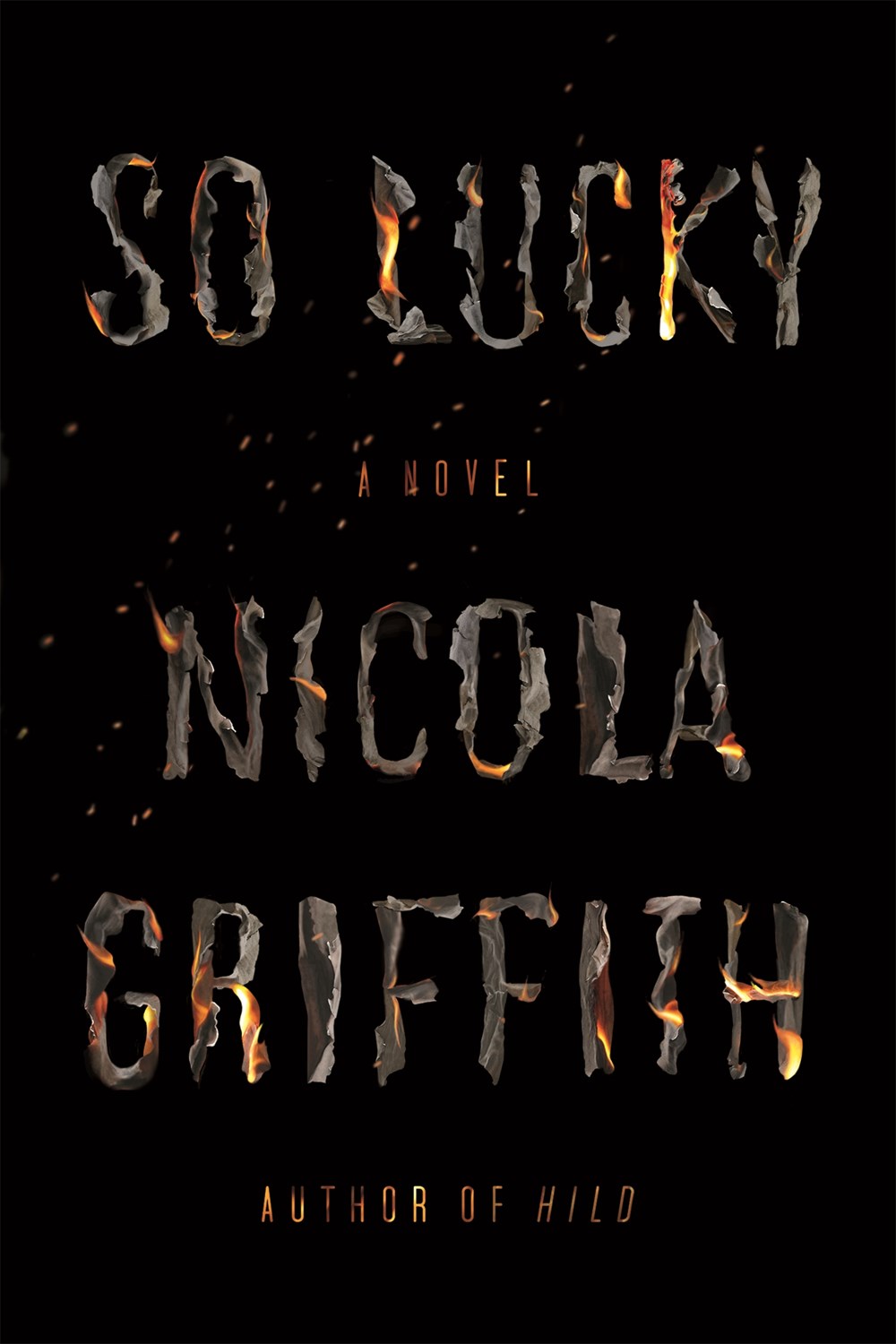 Nicola Griffith is the award-winning author of six previous novels (Ammonite, Slow River, The Blue Place, Stay, Always, Hild) and a multi-media memoir (And Now We Are Going to Have a Party: Liner notes to a writer’s early life). She is also the co-editor of the Bending the Landscape series of original queer f/sf/h stories.