Daniel Peña on Absurdism in the Borderlands

Shayla Lawson’s newest book is I Think I’m Ready to See Frank Ocean, published by Saturnalia Books this month. As she says below, the book is “a companion to Frank Ocean’s musical catalog,” though I love it with very little knowledge of Frank Ocean’s music. The most I know is from her Salon review of Frank Ocean’s Endless. But all I need are the poems. A recent MacDowell and Yaddo fellow, Lawson is one of the most exciting poets working today, launching bold, multi-medium approaches to her books (she paired PANTONE with a perfume she created with Age of Earth Collective, and is releasing an EP with the Oceanographers for I Think I’m Ready to See Frank Ocean). Her poetry has appeared in Tin House, Guernica, The Offing, and many other journals. She’s currently working with Ross Gay on The Tenderness Project. 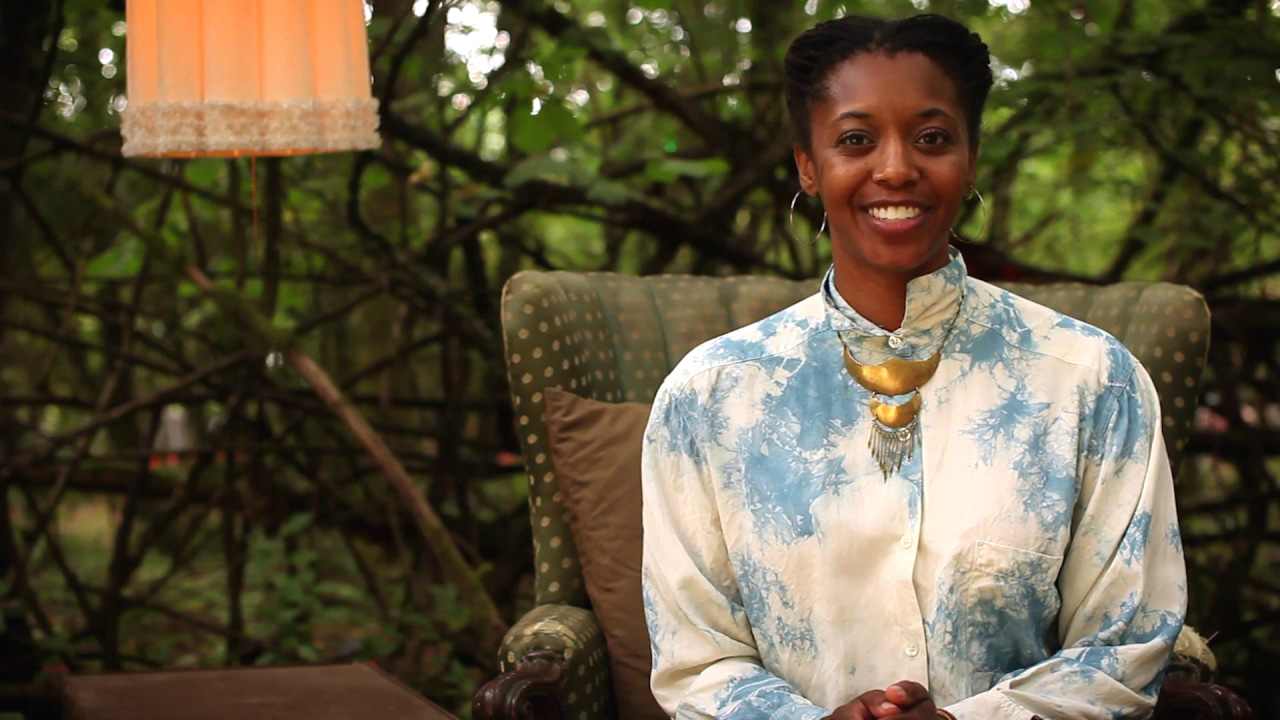 What brought you to Frank Ocean? And maybe more importantly, why did you find you could return to him over and over?

Frank Ocean is an artist who is making music at the right time. His lyrics are honest, personal, and tend to cover a lot of the cultural issues Americans are starting to question: race, class, religion, migration, gender identity, sexual expression—although these tend to be the big ticket items of almost any time in our history, social media has created a marked shift in who participates in these conversations and how they take place.

All of these themes show up in Ocean’s artistic practice. The way he writes very personal and vulnerable stories Katrina and police violence in his lyrics. The way he both courts attention and shields himself away from it through his curated use of social media. It was easy to structure a collection of poem’s around Frank Ocean because he does such a careful job of studying contemporary culture in a way that is enlightening. He has a strong sense of irony and metaphor; he has a strong sense of where we are.

I love your use of enjambment, like in these lines, in the poem, “Bad Religion”:

He squints into the bright

wind as if light / sees him

for the first time & comes out

a chorus organ of tongue & sacrament.

What’s your relationship to enjambment? Which writers influenced you in how you use it?

For this book, I was interested in looking how enjambment works to create double entendre in pop songs. For instance, in Ocean’s “Thinkin Bout You,” he has a verse in which the speaker jabs at his love interest:

… I don’t love you, I just thought you were cute

That’s why I kiss you

Got a fighter jet, I don’t get fly it, though

but he sings it enjambed:

highlighting the playful unreliability of the claims the speaker makes. I find this interesting, and it happens a lot in songs, where a singer will use inflection to imbue the song’s lyrics with meanings that expand the narrative. I tried to do this on the page by enjambing lines in places where it would be useful to add color, if the lines were sung—articulating those spaces within the line through forward-slashes to suggest internal pauses.

In terms of other writers, I was probably most influenced by Kien Lam’s use of enjambment when I was working on poems like “Bad Religion”; we were in school together at the time. He has a really interesting way of turning a phrase through enjambment as if he’s kneading it back into itself to further the poem’s movement in smart, recursive bursts.

I love how the book is organized by Frank Ocean’s albums. How did this organization come about?

I always felt really strongly about staying true to the idea of this book as a companion to Frank Ocean’s musical catalog. Each poem shares a title with a Frank Ocean song. I don’t have nearly as much to say in the poems about Frank Ocean as I do about how his music has affected me, us, himself. I thought the easiest way to convey this would be to treat the book as a mixtape. It’s got covers and derivatives. It’s got samples and interludes. Sometimes it sings with the melody, sometimes it just hums the chorus. I started there and then decided to build a journey through Ocean’s collective albums & EPs. I decided to start with channel ORANGE, because I think that’s where most people “started” with Frank Ocean.

Even if fans knew about his work with Odd Future or his two previous EPs, ORANGE was Ocean’s real “allow me to introduce myself” moment. From there I went backward before moving forward—much like I imagine a lot of fans did in anticipation of what might follow ORANGE. I covered nostalgia, ULTRA and then Lonny Breaux. I noticed a lot of Reddit traffic around Lonny Breaux about six months before Frank Ocean dropped two new albums in 2016. It could have been a targeted marketing scheme, but I like to think there were a lot of people out there, hungry for more Ocean, who were trying to connect by going back through the old catalog. When Endless dropped on August 19th, I stayed up the whole night writing the first draft of what would become the lyric essay dedicated to it in the book. Blonde coming out was the perfect culmination to the journey—a five-part Ocean odyssey.

How long did this book take to write? How did it interact with other projects you were working on? What’s coming next?

I started writing the poems in early 2013 so, retrospectively, not that long. I was working on a manuscript of poems about Venice, Italy (Ti Adorno) and a chapbook of prose poems where I asked what would happen if colors could talk to you (PANTONE). PANTONE was published by MIEL Books a couple years ago and was released with a signature scent by Age of Earth Collective. Right now, The Oceanographers and I are finishing up production on The Ocean EP, which will be the book’s digital companion. It should be done sometime in the spring. I’m also working on The Tenderness Project with Ross Gay. It’s an archive of radical empathy that we’re hoping to showcase a lot of tendernesses on. After that: Essays? Ultra-violet? The World? 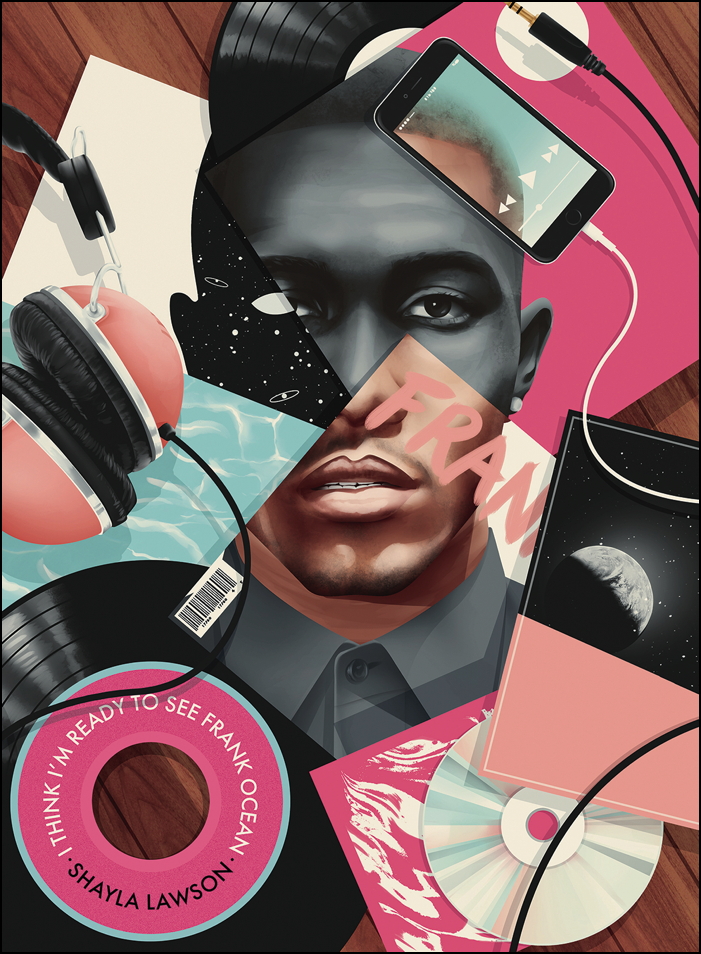 Shayla Lawson is the author of A Speed Education in Human Being and the chapbook PANTONE. She grew up in the bluegrass state and has always carried a fondness for oceans. Her work has appeared in print and online at Tin House, GRAMMA, ESPN, Salon, The Offing, Guernica, Colorado Review, Barrelhouse, & MiPOesias.