Barbara Comyns’ writing is in the middle of a resurgence. Her 1954 novel Who Was Changed And Who Was Dead was republished in 2010, leading to renewed interest in her life and work. In The Juniper Tree, her reissued 1985 novel, Comyns reworks a Brothers Grimm tale for a modern setting, with all of classic fablers’ creepy unease.

Bella Winter is scarred from a car accident, recently divorced, and has a tenuous relationship with her mother. Bella doesn’t do herself any favors — she fails to reveal her illegitimate daughter Marline to her mother.

But things begin to break in her favor when she sells antiques at a small shop, where she’s largely left to her own devices. This solitude allows time for the sorts of reflections which comprise the brunt of this novel. To say that the narrative style is stream-of-consciousness isn’t quite right, but it’s close — there is an underlying structure, but developments occur with the same suddenness as thoughts.

It’s through her antiques job that Bella begins to expand her meager social network, becoming fast friends with local socialite Gertrude Forbes, her husband Bernard, and their child. Picnics ensue, many under the namesake juniper tree.

It all sounds pleasant enough, but Comyns infuses her work with a sense of isolation and creeping dread. It’s easy to forget the book’s setting — whole chapters go by without technological markers, leaving you with the feeling that it could take place in the 1880s instead of the 1980s.

This odd timelessness is a reminder of the book’s take on the Brothers Grimm, and coupled with Bella’s matter-of-fact narration of her hardships, heightens tension. Just as Comyns allows the narrative to veer in unexpected directions, she isn’t concerned with a typical narrative arc. The unrest she develops snaps early and unexpectedly when Gertrude Forbes dies in childbirth. Before this happens, Gertrude elicits a promise from Bella to take care of her family should anything happen during the birthing process.

This promise leads to an inevitable and uncomfortable courtship with Bernard. Bella struggles to retain some sort of life balance. She wishes to remain autonomous as she begins to fall in love, while remaining a good mother to her own child and Bernard’s — including the newborn whom Bella feels was at least in part responsible for her best friend’s death.

Grimms’ fairy tales are full of gruesome tropes like cannibalism and killing. While there’s mercifully none of the former to be found here, the latter is present, and stretches Bella’s narrative sanity to the breaking point as tree becomes gravestone.

Because of the book’s odd honesty and deviation from standard narrative arcs, Comyns’ prose can be difficult at times, despite its plainspoken manner. This style, though, suits Bella Winter, who has not had an easy life by any stretch of the imagination. Like the novel itself — and like life — Bella’s reactions are not always tidy. But the off-kilter inner logic of the novel and the protagonist’s narration will reward readers aplenty.

Who are You Calling an Existentialist?! in “Albert Camus and the Human Crisis” 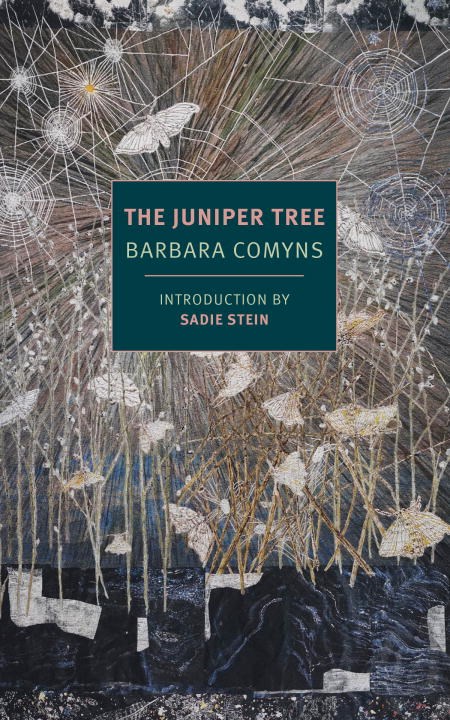 Barbara Comyns (1909–1992) was born in Bidfordon-Avon, in the English county of Warwickshire, one of six children of an increasingly unsuccessful Birmingham brewer. She wrote her first book, Sisters by a River (1947), a series of sketches based on her childhood, while living in the country to escape the Blitz, which is also when she made an initial sketch for The Vet’s Daughter (1959). This, however, she put aside to complete Our Spoons Came from Woolworths (1950) and Who Was Changed and Who Was Dead (1954).  Among Comyns’s other books are the novels The Skin Chairs (1962) and The Juniper Tree (1985), and Out of the Red into the Blue (1960), a work of nonfiction about Spain, where she lived for eighteen years.