Natalie Eilbert’s second collection of poems, Indictus, takes its title from the Latin root of “indict.” Indict, as we learn in the book’s opening poem-cum-manifesto—“To Read Poems Is to Follow Another Line to the Afterlife. To Write Is to Wed Life with Afterlife.”—carries with it a strange and forked etymology. Its root, the Latin ‘indictus,’ means to name or declare, as a prosecutor does in court; paradoxically, it also means that which isn’t or can’t be said. In holding close these two contradictory meanings, the word begs us to think of them as entangled—highlighting the way what’s said often works to contain or conceal what isn’t. 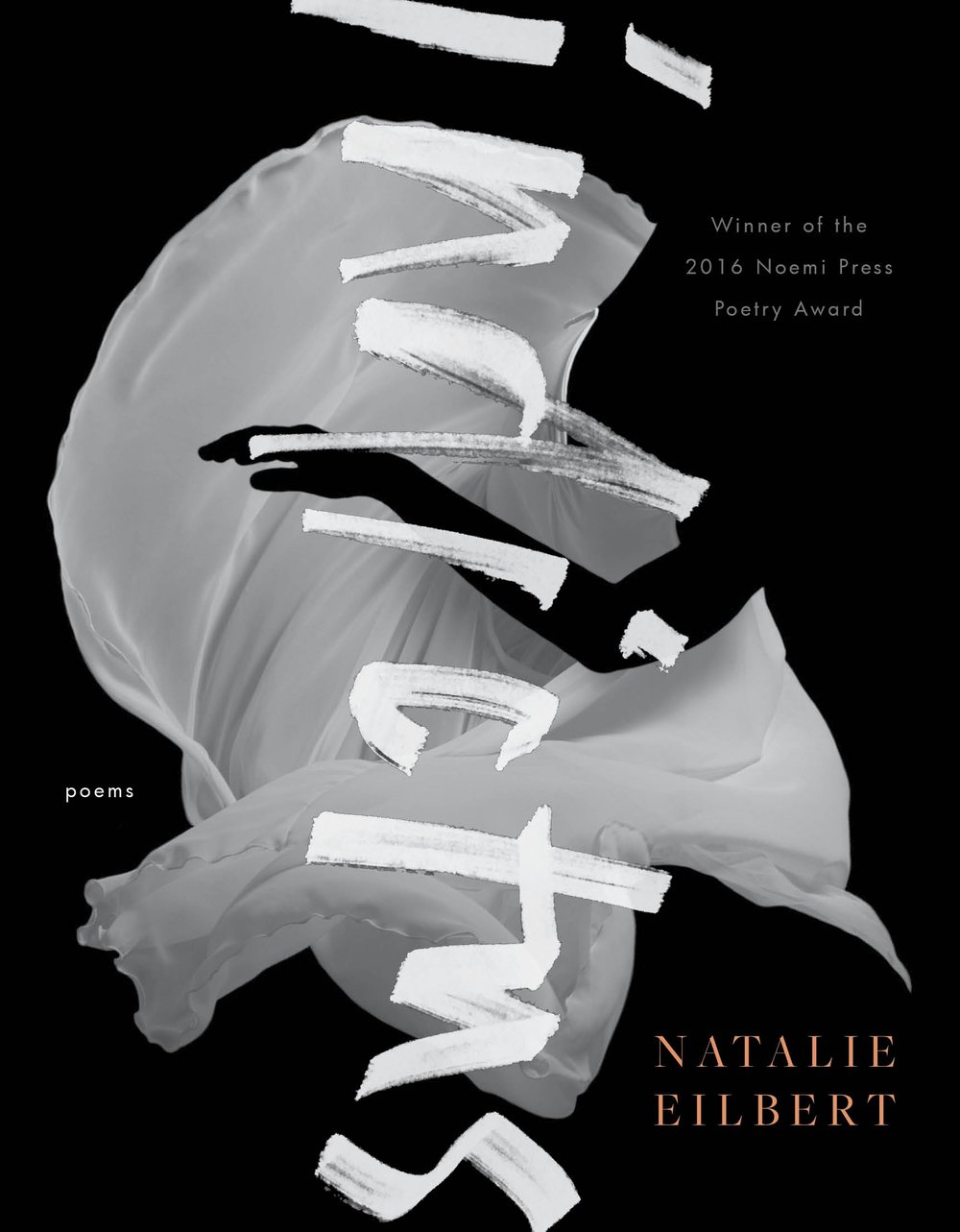 In Indictus, Eilbert takes on this contradiction in the context of recounting the trauma of sexual violence and of trying to come to terms with what robs one of terminology. Indictus, says Eilbert’s speaker, was written to “push language back into the body I could never save,” language that men had pulled “out of my mouth to push themselves in.”

This pushback takes the form of poems in which reflections on etymology, swaggering reclamations of agency, and images of numbness, abjection, and violence cohabitate—modes that Eilbert moves between rapidly. A two-page section of “Man Hole,” the long poem that takes up much of the book’s first half, begins with a rumination on the word “examination” (“An examination means question but also suggest torture.”) but soon changes shape. It passes through the gruesome (“My friend disembowels a cow in Montana. . . I disembowel the sink.”) and the darkly comic (“. . . I have had dreams in which men are awkward soldiers who need my touch.”). It quotes the poets Anne Boyer and James Tate, and finally ends on a note of constrained yearning (“I called the sun a blunt sun. I just needed my life to begin.”).

Formally, Indictus is no less wild. Eilbert not only jumps between prose and verse, but frequently writes such long lines that the boundary between the two blurs. “Man Hole” alone shifts rapidly between standalone sentences and long stanzas, clipped lines and paragraphs—often in the span of a single page. Consistent throughout the collection, however, is the sheer audacity of Eilbert’s language—by turns visceral and comic, taut and frenetic. In “Ezekielle,” Eilbert writes,

director of prophecy, pulled out the Lord’s curls and tied their tufts to the highest

fencepost. I’ve produced a popular reality show called How Weak Is Your Moral

Constitution? and I’ve folded a net over my pursuers to force out apology each

There will be no delay. The days go by and every vision comes to nothing.

no power and no snares. I am the stuff of my idols, they cannot know what it meant

Here and throughout Indictus, Eilbert’s speaker swings between supreme agency over a wholly malleable world and mere object, hole, passive receiver. These opposing modes strain against each other and threaten to fly apart. But the rhythmic drive and unrelenting sense of urgency that undergird Eilbert’s poems holds them together, just as centripetal force holds bodies to the walls of a Gravitron—one is afraid to stop reading at the risk of flying off into space.

This effect is magnified by the way Eilbert strains language at the technical level. Her lines and sentences are frequently dense to the point of dizzying, composed of orbs of parataxis strung together with ‘of’ and ‘and’. Norms of word usage are distorted or simply ignored as nouns perform actions (“I forest myself”), the abstract mixes with the organic (“a dead math”; “an impartiality / of organs”), and verbs are paired with “wrong” prepositions (“seduce…into,” “arch at”). That Eilbert’s sentences generally abide by the rules of English syntax and grammar only heightens the sensation of language under strain. Taken as a whole, the poetics of Indictus is one of unabashed verbal maximalism, and to read it is to feel—quite viscerally—a medium breaking under pressure, showing its seams.

This aesthetic can’t help but resonate thematically, given that Indictus is less a narrative of trauma than an attempt to crash through narrative’s limitations. Memory and language—essential tools for any recounting of the past—are, for Eilbert’s speaker, fallible, inadequate, and hopelessly compromised: words are “filthy . . . [w]ith themselves…[w]ith the past,” while memory “is an offense to what happened.” Eilbert’s speaker is so deeply bothered by this that they question the legitimacy of the book itself, calling its poems “disaster profiteering” and “cheap devices.” They declare, on the book’s opening page, “I tell a friend I want to delete this whole book so that no one will see it / and he says I should hold onto that feeling.”

Despite this, Indictus exists. The embarrassment and inadequacy of writing—of trying to say what so resists being said—is outweighed only by its necessity. This sensation, urgent and pervading, holds Indictus together and pushes it onward. Whether or not the need to write toward an adequate truth can be sated, and whether or not a narrative of trauma can arrive at closure, are not questions Indictus claims to answer. But it is a moving and captivating example of how poetry can reveal a way toward one.

Natalie Eilbert is the author of Indictus, winner of Noemi Press’s 2016 Poetry Contest, as well as the debut poetry collection, Swan Feast. Her work has appeared in or is forthcoming from The New Yorker, Tin House, The Kenyon Review, jubilat, and elsewhere. She is the founding editor of The Atlas Review.

Peter Myers’ poetry and reviews have been featured in The Iowa Review, Yalobusha Review, Conjunctions, Vestiges, Boston Review, and elsewhere. He has an MFA in Poetry from the Iowa Writers’ Workshop.