Few writers have hopped genres as many times as Kit Reed, and fewer still have enjoyed such a long and productive career. Reed published her first short story in 1958 in The Magazine of Fantasy & Science Fiction. Her first novel, Mother Isn’t Dead She’s Only Sleeping, followed in 1961. Today she’s the author of no less than 30 novels under her own name, and seven more under pseudonyms. Critics have called her writing “transgressive” (The New York Times Book Review) and “incendiary” (Vanity Fair), and Reed herself one of our “brightest cultural commentators” (Publisher’s Weekly).

Reed has referred to her own writing as “trans-genred”—a nod to the literary boundaries she crosses often within the same work.

This month, Mormama, Reed’s latest, hit shelves. Like her previous work, the novel is bitingly funny, culturally relevant, brimming with supernatural elements, and completely unpredictable. It left me riveted until the end.

We spoke about the book’s possible political undercurrents, its commentary on generational trauma, and the time that Kit came face-to-face with a real-life ghost in England.

Amy Brady: You published your first story in 1958. How has your writing evolved in the decades since?

Amy Brady: I’ve seen your writing described as “science fiction,” “fantasy,” “Southern gothic,” even “speculative fiction.” How would you describe your writing, and why?

Kit Reed: Every story tries to be different. It depends on what you’re doing and what you think you’re doing. Elements that you don’t understand become what you think they are. Genre is a list of labels that are attached to things so people know what they are. I think that the definition of genre ebbs and flows—sometimes it’s useful, sometimes it’s not. But I don’t think that writers can lean on genre as a support without admitting that there’s a lot more behind what they’re writing than what they admit.

Amy Brady: In Mormama, the female characters threaten the males. The novel therefore seems to draw battle lines between genders, a conflict that feels especially timely given the recent Women’s March and related women-driven social movements. Would you say that your novel is addressing a real-world anger that some women are feeling right now toward men?

Kit Reed: I don’t read it that way. Several of the characters are pissed off at the guys that let things happen. The fact that guys are the ones who let these things happen…well, that’s the way it’s always been.

Amy Brady: One thing that fascinated me about Mormama is how it addresses the ways that traumas are passed on from one generation to the next. What inspired you to take the story in this direction?

Kit Reed: The fact that my mother grew up in a very large family that lived under, as far as I could see, a shadow that followed them the rest of their lives. Some of them had a rich childhood, others felt they had a poor adulthood, they were always chasing something, they didn’t know what that something was, and they couldn’t get it. It haunted them and some of their children all their lives. I have no idea what caused it, but I know it’s there.

Amy Brady: The three aunts in Mormama bring to mind other literary threes, especially witches—the three witches of Eastwick, the three Weird Sisters of Macbeth. What is it about three women gathered together that evokes the supernatural?

Kit Reed: The three sisters of Mormama are hanging onto the past with iron claws. The characters in this novel are based upon members of my mother’s large family. It boiled down to the most important characters; I have no idea why I settled on three. Probably because large families are a little too big to think about for an only child, which is what I was. I think every large family has a lot more hopes than it can pin on anything. They’ve got the past behind them, they’re living for the future, they think things will be better, they don’t know how.

Amy Brady: Mormama takes place in a familiar setting (big scary house) but is unlike any novel I’ve ever read. Do you have favorite haunted house stories that you drew from while writing this book?

Kit Reed: As to real hauntings, when I was in Northern England, I went to bed in a giant house and the room got suddenly cold. A dark figure came into the bedroom, looked like it was part of the landscape. It floated over me while I was in bed, hovered over me—it was very cold. I was trapped in bed unable to move. Then, as suddenly as it came, it went away. The next morning, I went down to breakfast and described what happened and the lady of the house said, “Oh, that’s the vicar’s wife.” 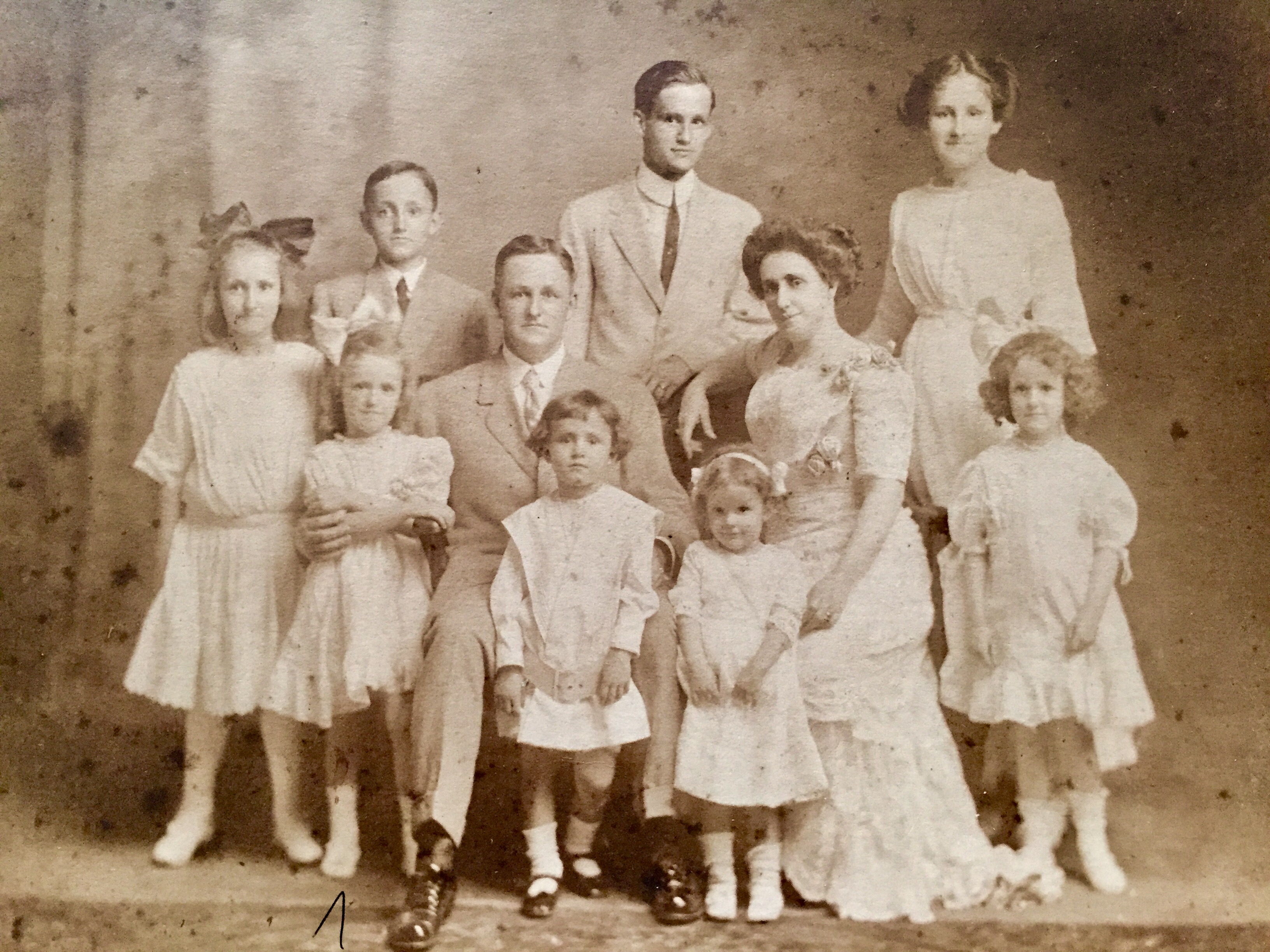 My mother grew up in a great big honking house in Jacksonville, Florida that was the prototype for the house for this book. It had tall, vaulted hallways, intricate hallways and stairs in the back of the house for the servants, a basement which obviously had secrets we didn’t know about. It was filled with cast off furniture, used-up sculpture, stained glass windows, and generations of crap—books, papers, objects, and unidentifiable pieces of crap. It was all down there because they all thought that one day, somehow, somebody was going to find it precious, like buried gold. The family members were sentimental, physically jealous. Everyone felt it should be saved, but nobody knew why. In a house like that, the past could not be thrown out. It was very precious to them, all of them for many different reasons. That was its own kind of haunting and that’s where the book came from.

Amy Brady: Mormama, like most of your previous work, is shot through with a dry humor. I found Theo especially funny. But you balance humor with terror, grief, and other emotions that aren’t the least bit funny. You make striking that balance seem easy. Is it easy?

Kit Reed: In a funny way, yeah. It’s awful, but you are laughing. In life, your sense of the ridiculous protects you when it’s fucking hard.

Photo Caption: The Hyde family, circa 1915, Jacksonville, FL. The author’s mother’s family served as an inspiration for the characters in Mormama. LeRoy, seen in this picture standing between his father’s knees, is Teddy in the book, while the other characters are combinations of the sisters.

Kit Reed is the author of 30 books under her own name and seven under pseudonyms. She has been a finalist for the World Fantasy Award, the Shirley Jackson Award, and the James Tiptree, Jr. Award. She is also a Guggenheim Fellow and a resident writer at Wesleyan University.

Beyond “Lean In” Feminism in “Red Valkyries”

10 Sci-Fi and Fantasy Stories to Read Online For Free