Dreaming to Scale: The Life and Times of Norman Bel Geddes 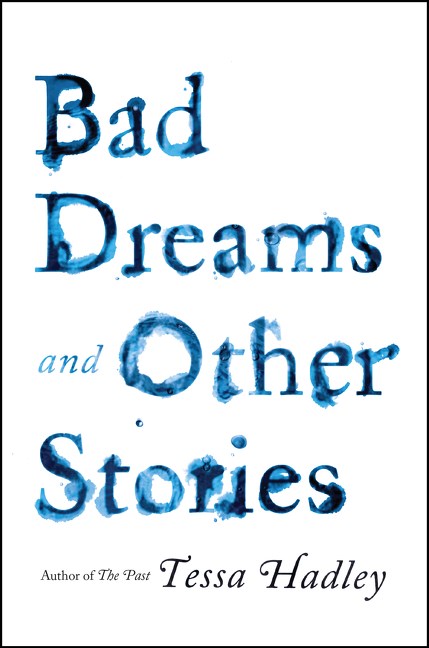 On the heels of her breakout novel, The Past, Tessa Hadley’s short story collection Bad Dreams and Other Stories features 10 young girls and women who tackle life in mundane and miraculous ways. Ordinary days quickly become life-altering as her characters surprise the reader — and themselves — with choices that lurk just under the surface of reason.

The best stories deal with younger girls, and while they aren’t quite coming-of-age tales, they certainly explore youth and innocence in a complex way. In the opening story, “The Abduction,” a young girl willingly gets into a car with three older boys. What transpires after is hardly exciting, but Hadley writes with such clarity and confidence that even joining our narrator as she watches someone clean debris from a pool becomes extraordinary. The first truly interesting thing in this young girl’s life is brought to life with such precise prose: “Jane Allsop was abducted when she was fifteen, and nobody noticed.”

In the title story “Bad Dreams,” a little girl wakes from a nightmare about her favorite book. Never having been awake at such a quiet hour, she roams the house and decides to move all the furniture in the sitting room, subsequently displacing a larger part of her family in the process. The end of the story switches to the mother’s point of view in a very clever and mysterious narrative structure where the reader knows more than the characters and thus feels powerful. Hadley’s writing somehow captures both the innocence of childhood and the heightened maturity of observations that only seem important in the dead of night.

The collection often pulls magic from the mundane, especially in “Experience.” A young wife, house-sitting while she finds a way to bounce back after her failed marriage, reads the diaries of another woman’s life. In a fairytale turn of events, the man in the diaries turns up at her doorstep and our narrator must either embrace or fight against what she feels is a life unlived. Hadley finds a way to insert phrases such as, “But liking people and even loving them seemed to me now like ways of keeping yourself safe, and I didn’t want to be safe.”

A few stories are less memorable, such as “Deeds Not Words,” where an all-girls school deals with the women’s suffrage movement tangentially through a character who is preoccupied with her own love affair — full of potential but not executed to fruition. And though I enjoyed “One Saturday Morning” for its childlike perspective, the front half, full of self-contained observations, didn’t engage me; the shocker came twelve pages too late.

Perhaps the only weak point in the collection are the stories’ final pages — sometimes abrupt, sometimes trying too hard for ambiguity. Though I suppose, in keeping with the collection on a thematic level, this could be a reflection of the banality and mystery of modern life.

As a collection, the everyday lives of these girls and women become exceptional when told through Hadley’s intricate and perceptive prose. The pace is often leisurely — sometimes a little too leisurely — but it’s obvious Tessa Hadley has the restraint and mastery of a great writer, and there is beauty and insight in all 10 tales.

Tessa Hadley is the award-winning author of six critically acclaimed novels. She has been long-listed for the Frank O’Connor International Short Story Award and is also the author of two previous short story collections, both of which were New York Times Notable Books. She lives in London.