The Best Cook in Comics: An Interview with Jeff Lemire

My favorite time of year is National Poetry Month. It is the one month when almost all of my friends are tweeting and posting about poems and poetry collections. Images of Tranströmer poems and Neruda’s classic black and white photo appear in my timeline.

And at the start and end of every year, every major literary publication on the planet unfailingly publishes lists of books to read. All too often, I find myself searching through social media hashtags (latinxlit, latinalit, latinolit, latinx poets, latina poets, latino poets, and so on) looking for books by Latinx poets and writers. Here, I put together only a selection of books from my growing list. These are books published by contemporary Latinx writers in poetry, fiction, and nonfiction—the best of 2016, followed by those we still look forward to seeing in 2017.

There has been a promising surge of books written by Latinx writers over the past decade. In the last five years alone, there have been at least 100 books published by Latinx poets and writers. As such, they are of course too many to include here. This has become a much larger project than I imagined, which I’m happy about. To make this project possible, I received support and assistance from many individuals in different capacities; a generous contribution from members of the Latino Caucus, which has met annually at AWP since 2016; my poetry students at ChiArts; (Jupiter, Chester, Daniela, Ace, and Charles Grimes); friends and followers on Twitter and Facebook.

Finally, all of us here at the CHIRB would love to hear which of these books you’ve read and loved. Maybe you’ll even want to write a review for us. Keep us posted in the comments and on Twitter. 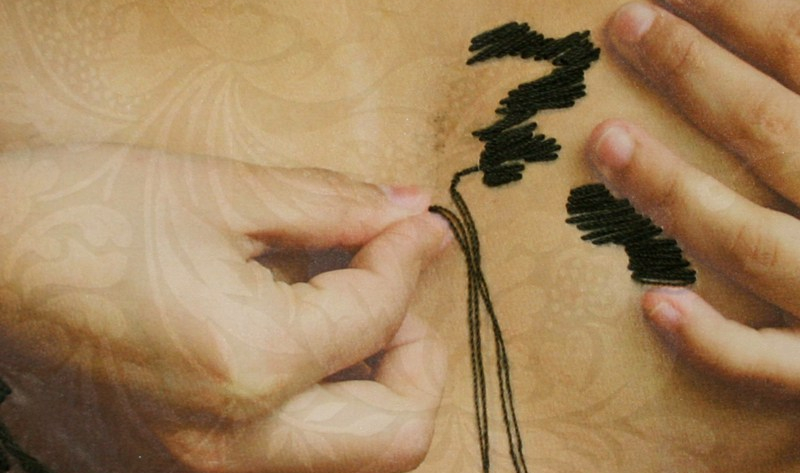 Drawing on influences such as Barthes’s notion of the punctum (the photographic detail that pierces the viewer) to the repertoire of circles and twirls—the veronicas—that bullfighters make with a red cape to attract the bull, Ebeid explores a poetics that is at once intricate and intimate. 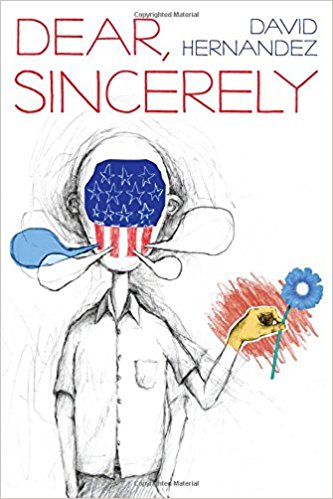 Dear, Sincerely is Hernandez’s most intimate and dynamic collection to date, bringing the reader into poems that are simultaneously personal, universal, and sometimes political. With his characteristic dreamlike imagery, inventive rhythms, and biting wit, Hernandez’s voice reaches toward us with an accessible profundity. 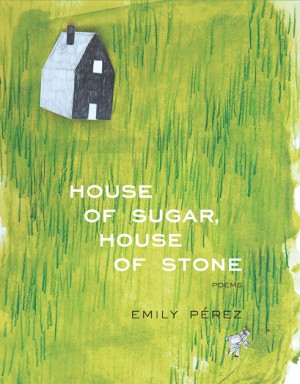 Emily Pérez’s House of Sugar, House of Stone weaves Grimm’s Fairy Tales into the business of modern life—laptops and late nights with sleepless children—to explore an undercurrent of terror about living in a family. 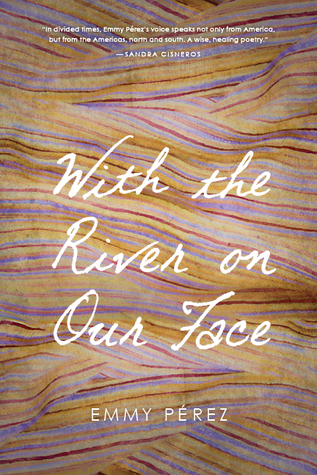 Emmy Pérez’s poetry collection With the River on Our Face flows through the Southwest and the Texas borderlands to the river’s mouth in the Rio Grande Valley/El Valle. The poems celebrate communities, and ecology of the borderlands through lyric and narrative utterances, auditory and visual texture, chant, and litany that merge and diverge like the iconic river in this long awaited collection. 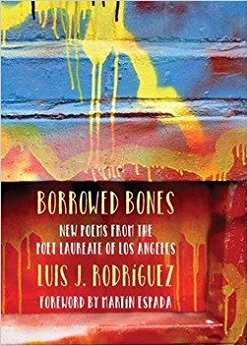 This chapbook collection offers new poems from the prolific career of a community leader, activist, and healer. 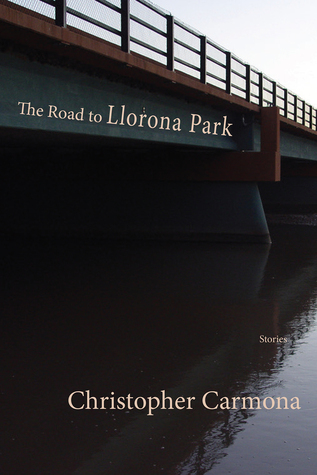 The Road to Llorona Park is a collection of short fiction about the changing world of la frontera/the borderlands of the Rio Grande Valley of South Texas. Carmona’s stories center around the current times when the political upheavals of Mexico began to effect peoples lives on both sides of the border. 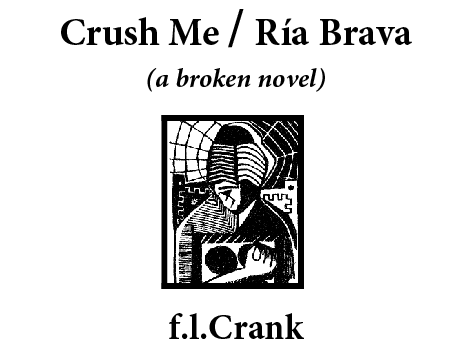 In Crush Me / RIA Brava, Crank writes from the perspective of an immigrant woman who cleans the house of a wealthy Anglo woman in the United States. The sparse prose and dream-like qualities of the narrator’s language encourage us to read this story as that of both a singular person and a representative of a larger mass of immigrant workers. Indeed our protagonist only names herself once and by the end of the narrative seems poised to disintegrate to an even more abstract version of herself. We may read and understand this novel as a broken one—a set of jagged pieces that together offer a portrait of gendered labor in a foreign land. 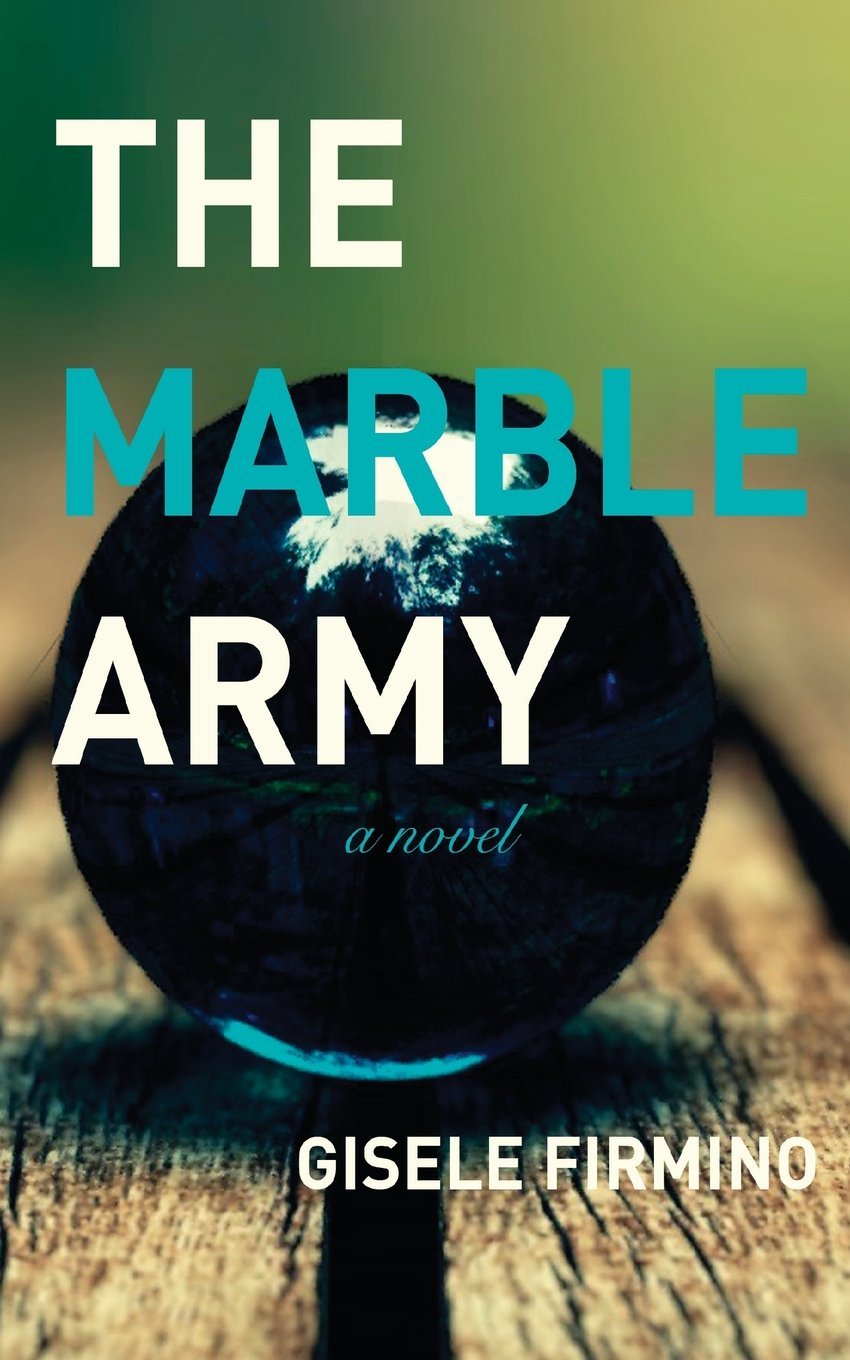 On the humid pampas of Brazil, the hardworking Fonte family leaves their home when the military takes over the local mine. Uprooted to Porto Alere, father Antonio struggles in the crowded city while Pablo, his oldest son, gets swept into the resistance movement. With Pablo’s disappearance, Rose, their mother, holds the family close while Luca, the youngest child, comes of age in a household shadowed by oppression. Spanning the ’60s through the ’80s, The Marble Army is told tightly from haunting points of view, offering a lyrical testament to the families transformed by one of history’s most unforgiving regimes. 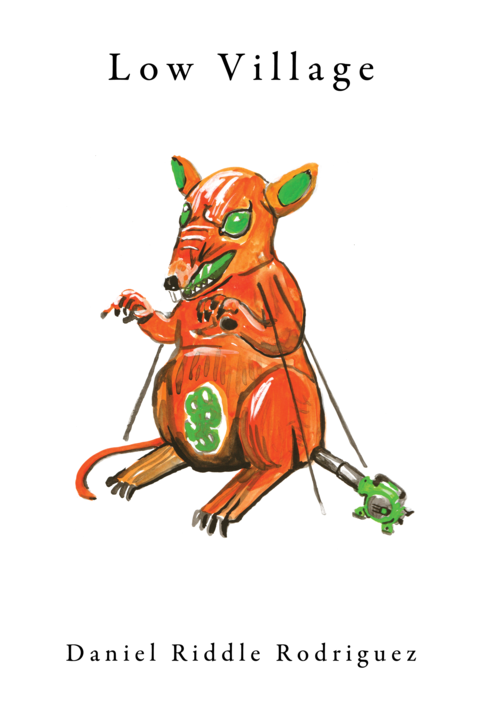 Low Village explores the symbiotic relationship between dominant and submissive personalities—fathers and sons, hustlers and hoes, hunters and their human prey—characters consumed by ambition and wracked with guilt. 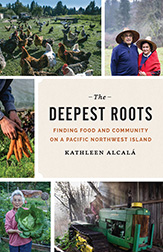 In The Deepest Roots, Alcalá walks, wades, picks, pokes, digs, cooks, and cans, getting to know her neighbors on a much deeper level. Wanting to better understand how we once fed ourselves and acknowledging that there may be a future in which we could need to do so again, she meets those who experienced the Japanese-American internment during World War II, and learns the unique histories of the blended Filipino and Native American community, the fishing practices of the descendants of Croatian immigrants, and the Suquamish elder who shares with her the food legacy of the island itself.

Angela Morales, The Girls in My Town (University of New Mexico Press)

The autobiographical essays in The Girls in My Town create an unforgettable portrait of a family in Los Angeles. Reaching back to her grandmother’s childhood and navigating through her own girlhood and on to the present, Morales contemplates moments of loss and longing, truth and beauty, motherhood, and daughterhood. 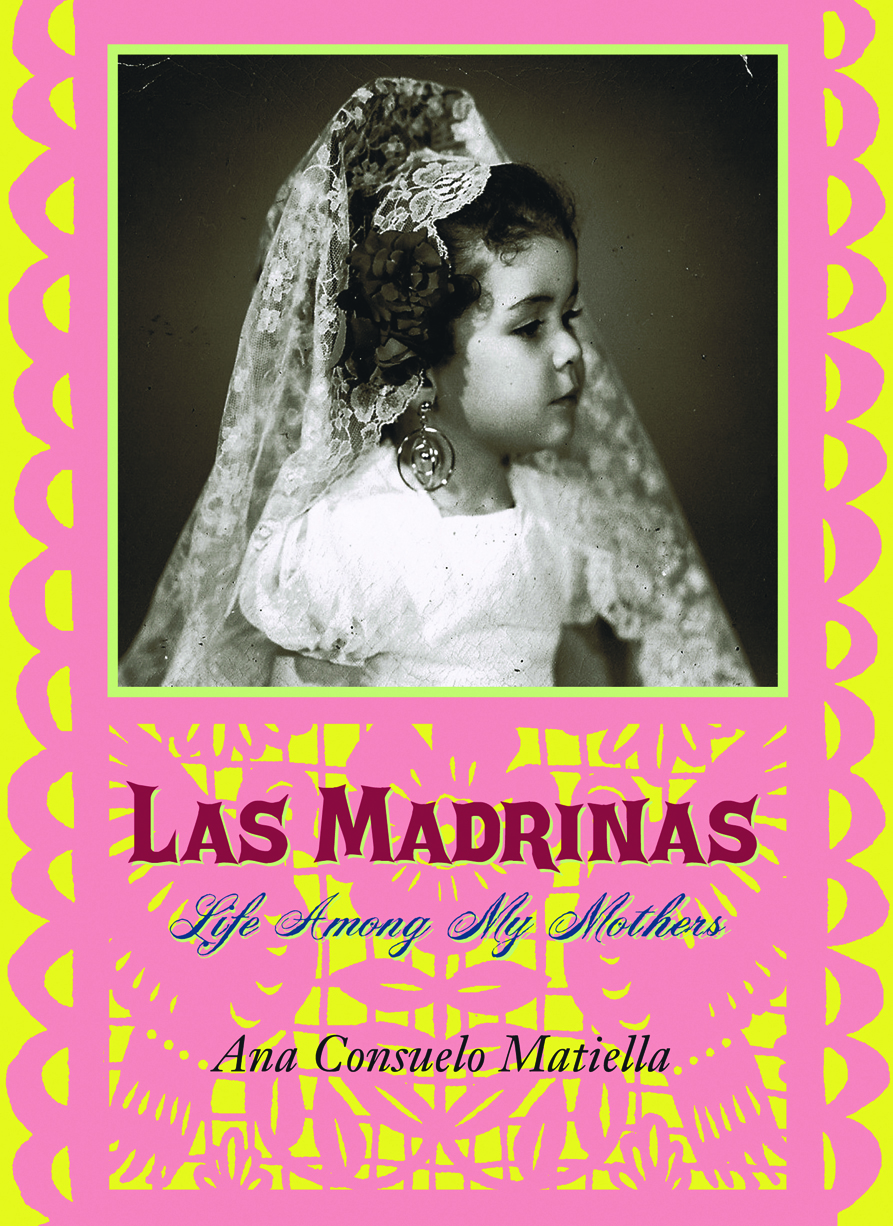 Matiella uses a unique brand of storytelling to reflect on her life and the lives of the women who influenced her. Each chapter deftly explores both personal experience and examination of primal archetypes in Hispanic femininity. Nevertheless, all women will recognize the kind of unavoidable female power she presents that interacts with both psyche and soul. Matiella’s deft wit illuminates their force, significance, and inspiration. 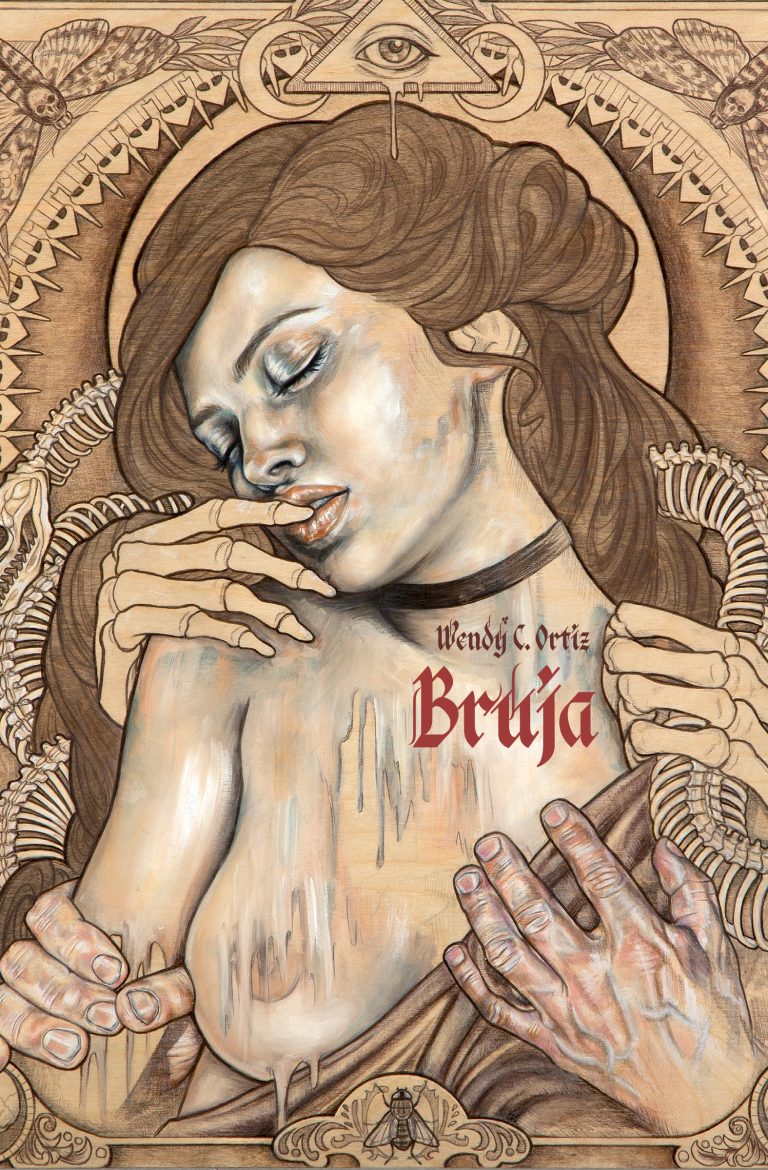 A dreamoir—a narrative derived from the most malleable and revelatory details of one’s dreams, catalogued in bold detail. Bruja is a literary adventure through the boundaries of memoir, where the self is viewed from a position anchored into the deepest recesses of the mind. 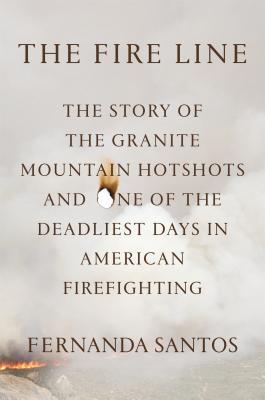 When a bolt of lightning ignited a hilltop in the sleepy town of Yarnell, Arizona, in June of 2013, it set off a blaze that would grow into one of the deadliest fires in US history. The Fire Line is the story of the twenty men called the Granite Mountain Hotshots who sprang into action. 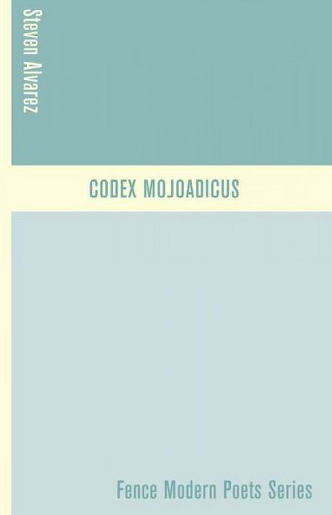 The Codex Mojaodicus collects three novels-in-verse—“My Sweet Conquistador,” “Chaley Way,” and “The Pocho Codex”—all of which mine, mime, record, and disgorge the impressions and dissertations of language as it is uttered, stuttered, and felt in a variety of tongues and heads. In these theatrical poems, Alvarez documents a multilingual field and traces a Xicano genome over and above. 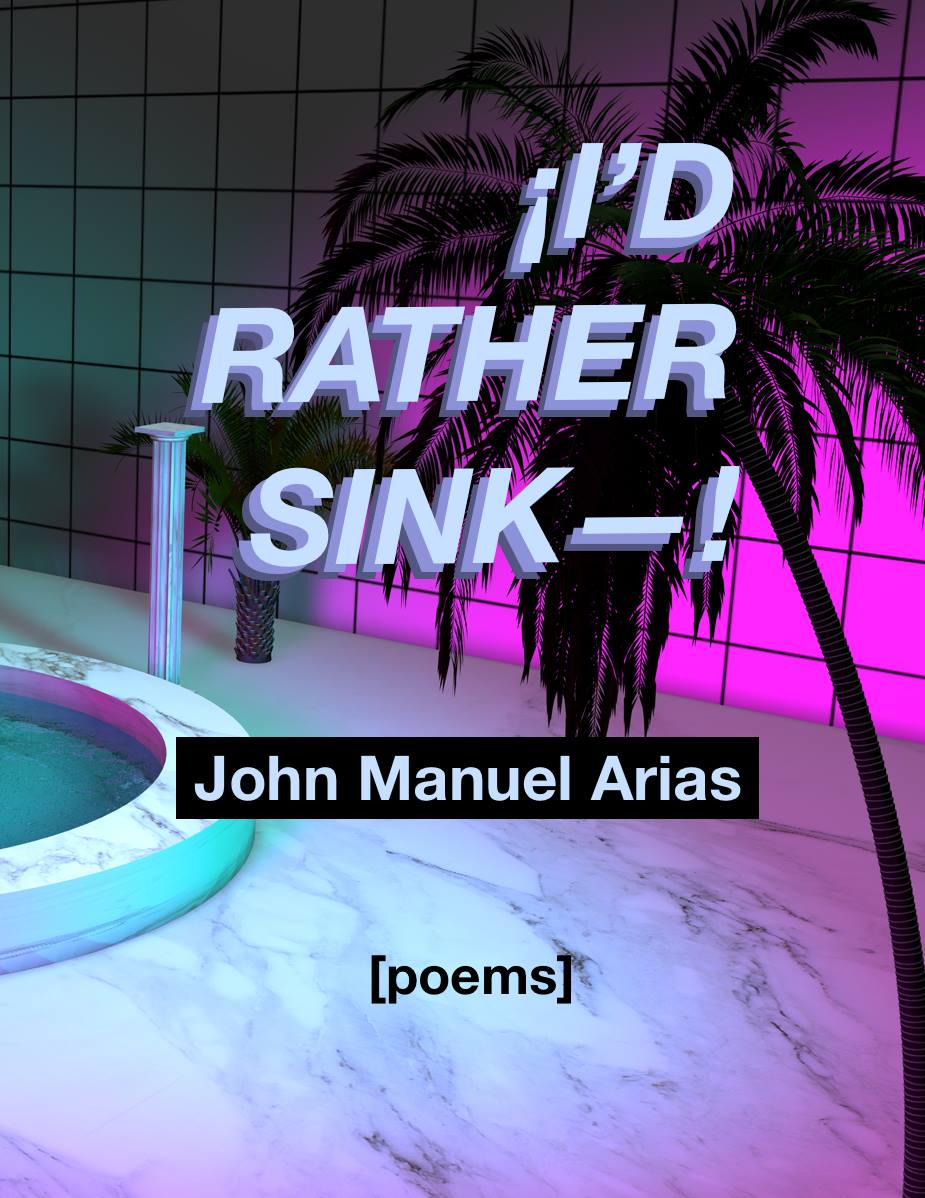 These poems don’t simply display the lives of wrecked human beings—these lives strut and sing. This collection is a chorus of poetry able to capture a lifetime of beauty and failure. A poem cannot always capture the song of a single moment; perhaps only a glimpse of the human experience is captured. Here, a reader experiences the pain of a poet’s life and the pleasure taken in language. I’d Rather Sink—! is soaring debut of vivid imagination and desire.

Writing For and Against Genre in “Beating Heart Baby” 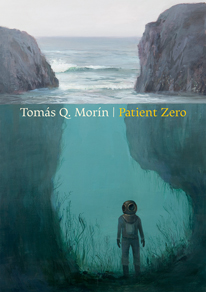 Morín’s Patient Zero is full of life and its undeniable hungers. Claws, fins, mouths, and feathers populate a fanciful world: a man in a crowded market becomes a tree of butterflies; a mountain gives a feline yawn; grocery bags contain “milk for bones—salt for blood.” Meanwhile, at the edge of the fantastic, realism beckons. The buzzard stalks the tortoise, heartbreak sickens the living, and each beginning contains an end. 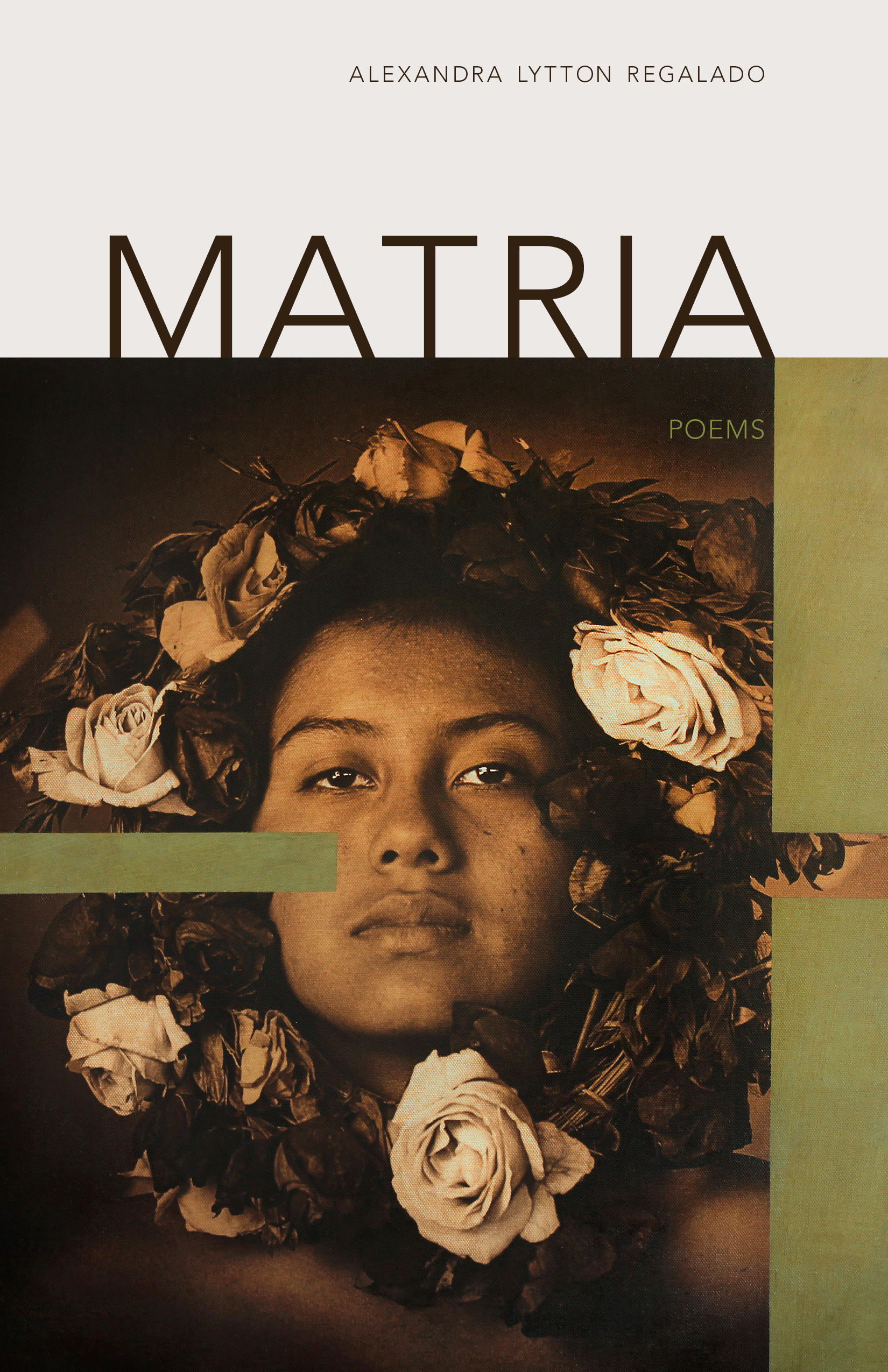 Truly remarkable poetry draws new connections between the emotional, physical, and psychological landscapes through which our lives move. This is especially true of Matria, a stunning collection by Alexandra Lytton Regalado, who moves us among and between the intersections of motherhood and childhood, womanhood, and country-hood. With arresting language full of grace and empathy, these poems dimension the fluidity and complexity of these relationships as both witness and the witnessed, mother and child, native and foreigner, in both English and Spanish. 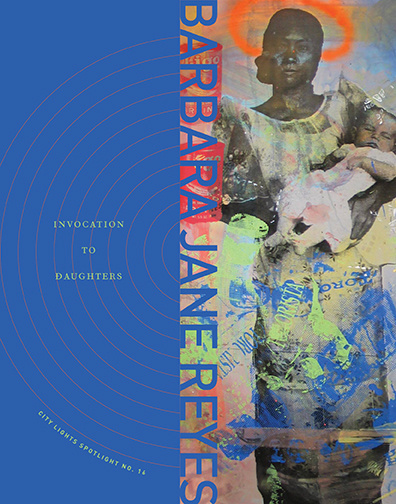 The fifth collection from Oakland poet Barbara Jane Reyes, in the tradition of Audre Lorde and Theresa Hak Kyung Cha, Invocation to Daughters is a book of prayers, psalms, and odes for Filipina girls and women trying to survive and make sense of their own situations. 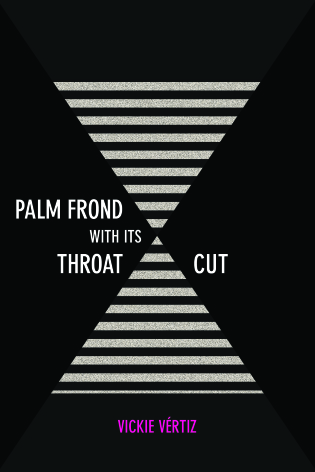 Vértiz’s poems ask us to see Los Angeles—and all cities like it—as they have always been: an America of code-switching and reinvention that replaces erasure with lyric and fight. 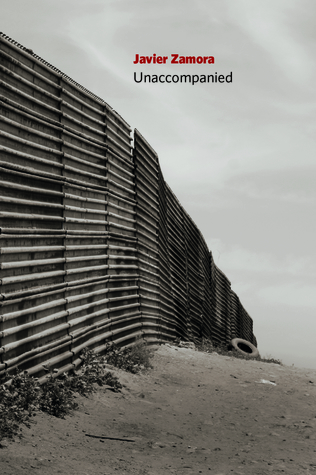 This gorgeous debut speaks with heart wrenching intimacy and firsthand experience to the hot button political issues of immigration and border crossings.

These are the best Americans, the worst Americans. In these stories (these cities, these people) there are labyrinths, rivers, wildernesses. Voices sound slightly different than expected. There’s humor, but it’s going to hurt. 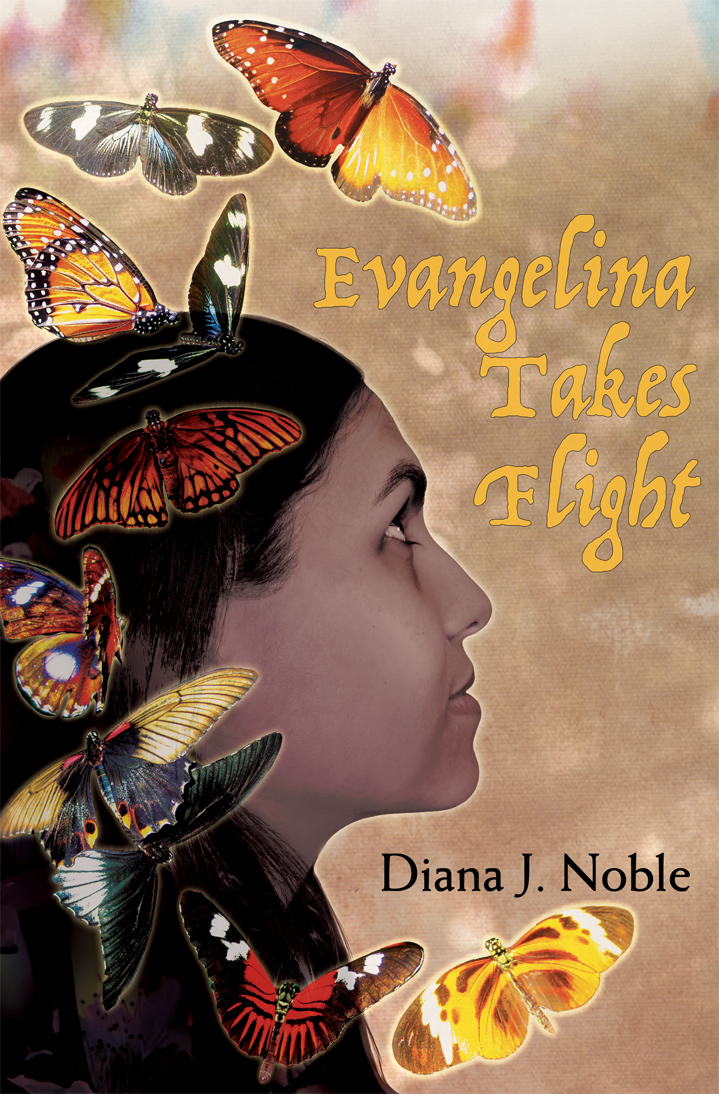 This engaging historical novel for teens traces a family’s flight from the violence of the Mexican Revolution to a new life in the U.S. 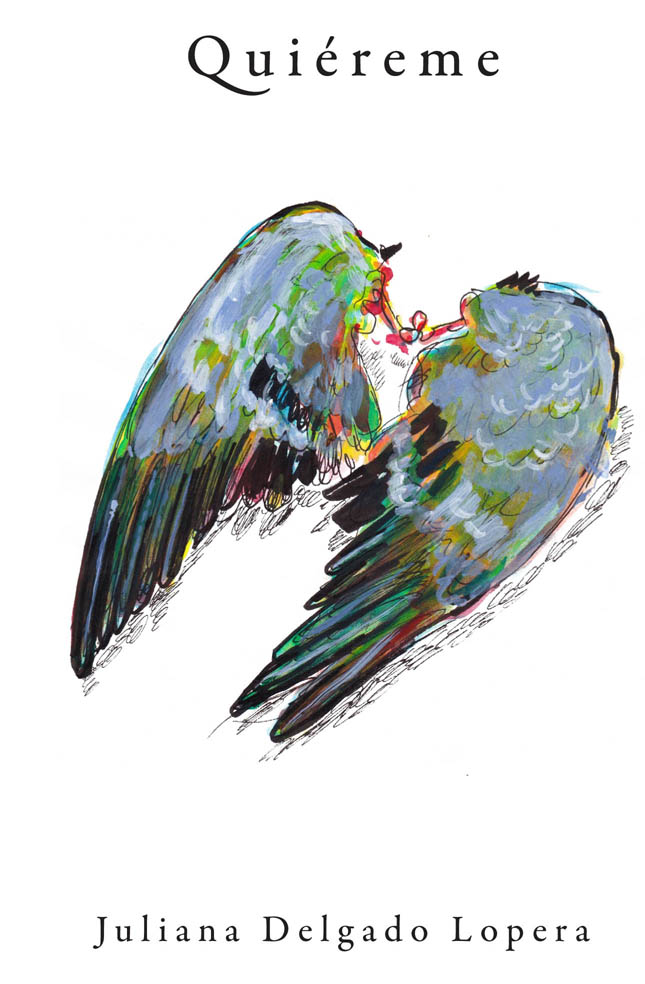 There’s really no literal translation of “Quiéreme.” It’s in between “like me” and “love me,” but, unlike in English, the verb does all the work. It’s all in one word; it’s a command packed with feeling and want—a little ball full of longing. And that’s basically what this book is: a little thing full of longing (and essays). In Spanglish. From loving imaginary people in Catholic school to waiting for a lover’s tears at the airport to documenting post-breakup grief, Quiereme is a call on all the lingering ghosts of loving. 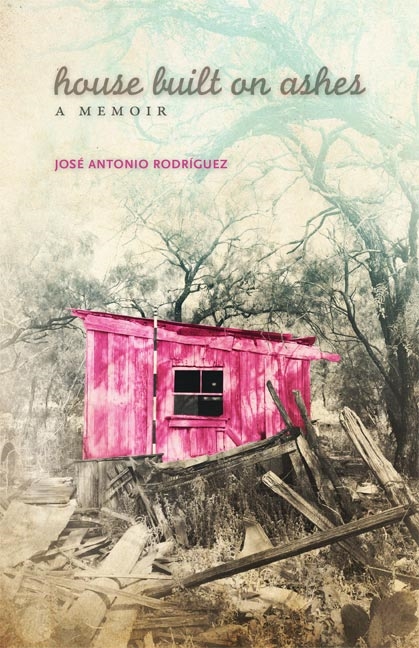 The conditions of rural poverty prove too much for Rodríguez’s family to bear, and he moves with his mother and three of his nine siblings across the border to McAllen, Texas. Now a resident of the “other side,” Rodríguez experiences the luxury of indoor toilets and gazes at television commercials promising more food than he has ever seen. But there is no easy passage into this brighter future. Poignant and lyrical, House Built on Ashes contemplates the promises, limitations, and contradictions of the American Dream.