‘All Grown Up’ is a Snarky Take on the NYC Novel 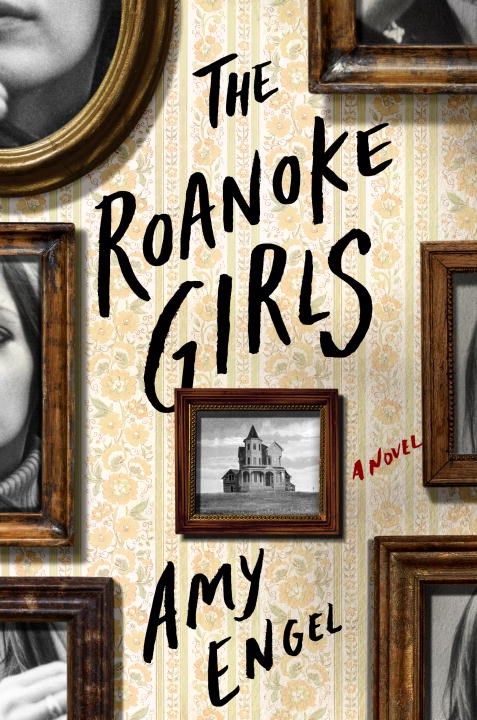 Disturbing. That’s the first word that comes to mind after reading The Roanoke Girls—though to be fair, that seems to be Amy Engel’s whole point. While the infamous Roanoke Colony is steeped in historical mystery, Engel’s Roanoke is a horror all its own. The novel illuminates the darkest aspects of a small community: what can happen behind closed doors, and how you never truly know your neighbors. Playing with past and present, Engel spins a suspenseful tale of a family’s dark legacy.

Lane grows up on half-told tales of Roanoke from her mother, whose hazy details makes it seem like a dream world. When Lane presses for more, however, her mother’s words grow sharp. She calls it a nightmare. At fifteen, Lane’s mother commits suicide. Lane is sent to Roanoke, a house in a small town in Kanas. Already suspicious, she lets Allegra—her doppelgänger cousin—give her a tour around the house. They come across a family tree of Roanokes. Lane discovers that her grandfather Yates is the only male Roanoke. For decades, only daughters were born. As Allegra tells each of their tragic stories, Lane begins to suspect that something terrible is hidden in their family history.

“Wow,” I said, goose bumps sprouting along my neck, even in the closed-in hear of the hall. “That’s a lot of dead girls.”

Allegra did a quick pirouette away from me, her smile a little too wide. “Roanoke Girls never last long around here.” She skipped along the hall, her voice growing fainter as she moved, like we were standing at opposite ends of a tunnel.

From the outside, Lane’s summer at Roanoke could seem like any other teenage girl’s nostalgic, sunny youth. She hangs out with her cousin, goes to parties, meets a boy, and falls in love. It is only on edges where we can sense something darker lurks.

Engel creates intriguing, complex female characters. Lane, her mother, and Allegra are not cookie cutter—they have hard edges and sharp tongues. They don’t shy away from sex, they curse, they cry, and they are definitely not perfect. They are strong and broken at the same time. As readers, we cheer and sympathize with these women while also wanting to protect them from the impeding darkness. We want to stand, hold their hands when they are afraid, and face down the threat beside them.

The problem is, so-called “Roanoke Girls” are not often spoken about individually in the novel. Roanoke Girls are a group that develops into a cult. The girls lose their identities as individuals and instead become an idea that the men around them create. Lane, Allegra, and the other women are diverse, comfortable in their bodies, and true survivors. Engel tries to give each women a voice. Lost Roanoke girls each get a section of their own to narrate, but it’s not enough. They are broken down slowly by the men around them—men that fall in love with the idea of them and don’t really know them at all.

Eventually even the reader loses them through the male gaze.

Which is the simplest explanation for how Tommy fell in love with her. He was always the boy who wanted to make things better, fix anything broken. And in a world filled with damaged goods, Allegra is the most broken thing of all.

In addition to this, sex seems to degrade everything in the novel: the town, the partners, and especially the girls. And yet sex doesn’t appear to negatively affect Yates, the one person it should destroy. Not a surprise given that he’s a rich man in power…maybe that’s the most terrifying aspect of the novel, that this brand of horror can all happen—and has happened—to many people, many times.

Ultimately, The Roanoke Girls is a tale of violence against women paired with victim shaming. This cheapens the characters, the descriptions, and the tale itself. Engel writes masterfully manipulative men, but the women are consistently framed as villainous, weak, or stupid enough to be abused. The ending is frustrating, because the implication we are left with is that since a single woman escaped the violence, it is acceptable, despite the cost of the generations before her. Engel is a gifted writer, and she definitely can create an entertaining, thrilling plot. I look forward to her next book and hope it’s a different type of story.

Amy Engel is the author of The Book of Ivy and The Revolution of Ivy. A former criminal defense attorney, she lives in Missouri with her family.