‘Fraud’ Examines Two Centuries’ Worth of Hucksters and Swindlers 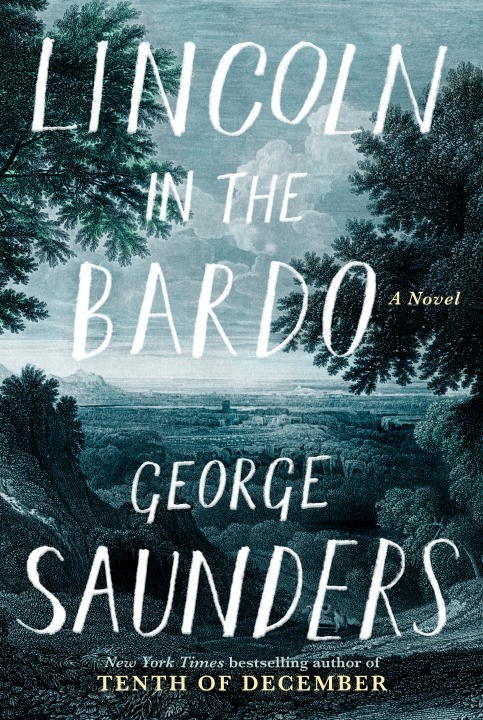 George Saunders secured his spot in the American literary canon on the strength of his short stories alone. Most recently, his story collection Tenth of December earned him a National Book Award nomination, a spot on The New York Times Book Review “Ten Best” list, and a host of other accolades. But with the exception of a couple novellas, he hadn’t written a work of sustained length. So readers were left to wonder: Could he write a novel? And would it be any good?

The answer to both questions is yes.

Lincoln in the Bardo is a unique book, structured like a quasi-oral history and an ancient Greek chorus. Its cast of characters is large, and it swings from hilarious to crushing and back again with astonishing dexterity. The story’s catalyst is the death of Abraham Lincoln’s son, William Wallace Lincoln, or “Willie.” And what follows is a story set in bardo—a state of transition in the Tibetan spiritual tradition—where souls caught between death and the afterlife struggle with their transient existence. This supernatural element is interspersed with snippets of historical writing (both real and imagined) that describe the First Family’s social calendar, the weather, and the emotional state of President Lincoln, among others.

Saunders’ conflation of actual and fictionalized history are prescient: He couldn’t have known as he wrote the book that terms like “fake news” and “alternative facts” would proliferate through the news cycle. And yet we’ve seen him address Trump-like themes before, such as in “Pastoralia,” a short story that portrays an incompetent tyrant driven by rage.

In this book, Willie faces a fear that’s heightened by bardo’s meaninglessness and unpredictability. He witnesses frequent upheavals by demon-like figures, who attempt to trick souls into following them to depths unknown. If the souls choose to follow, they disappear, and while it isn’t clear what happens next, there isn’t much hope for their return. The novel reveals a keen understanding that in a place as dangerous as this one, no one is safe—even in quiet moments, something terrible lurks just around the corner.

This is not to say that the brilliance of the book rests merely in its allegorical relevance. If the story existed in a vacuum—that is, if it knew a world where an authoritarian oaf were not leading the most powerful country in the world—it would still brim with surprising and affecting prose and ultimately be worthy of veneration.

In past work, Saunders’s biggest problem has been the tendency to turn his stories into complicated games that prize intellectual over emotional engagement. He’s at his best when the two collide, and throughout Lincoln in the Bardo, he’s at his best.

The deep love and admiration that other bardo-tied characters feel for Willie is heart wrenching. None of the dead knows he is the son of President Lincoln (a fact Saunders has fun with), so their pity and desire to protect him stem from his impossible youth rather than his political significance. One of the most moving passages concerns Willie’s arrival in the bardo, when the characters observe him standing outside of house. A character named Roger Bevins III says:

Putting me in mind a nephew of mine who had once fallen through the ice of a river and come home chilled to the bone. Fearful of his punishment, he had not the nerve to step inside; I found him leaning against the door for what warmth he could gain in that way, stunned, guilty, nearly insensate with cold.

It is a tender and imagistic moment that conveys just how drawn the other souls are to Willie’s innocence. In moments like this, Saunders utilizes the chorus structure marvelously. The structure is even more powerful when Willie Lincoln is given a chance to speak (this happens infrequently). After all, as affecting as it is to watch Willie through the eyes of others, there’s nothing quite like hearing about his experiences in his own words.

Another crushing passage that makes effective use of the chorus appears in the first chapter:

Beyond “Lean In” Feminism in “Red Valkyries”

Here, multiple voices describe the same event, and together, they lend the narrative a breadth of perspective that few other works replicate.

If this book has one flaw, it’s that it’s almost too inaccessible, and Sanders doesn’t offer much to help his readers acclimate to his unconventional style. But that is a minor gripe in the midst of major praise. Lincoln in the Bardo is an exceptional novel, certainly Saunders’s most ambitious endeavor to date. Believe the hype.