Ottessa Moshfegh on ‘Homesick,’ Free Will and Morality 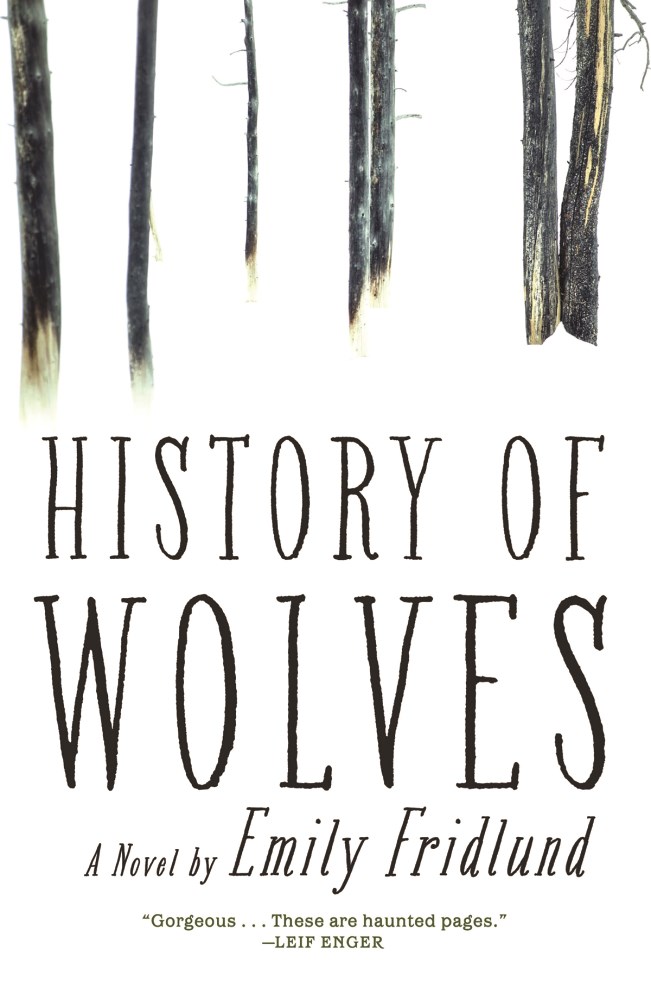 At the heart of History of Wolves is that one dangerous, damaged teenage girl we all knew when we were growing up. In Emily Fridlund’s modern coming-of-age novel, she is wry, observant, and volatile in her search for intimacy. Her loneliness permeates the book from all directions as her past and future constantly intermingle. We know this girl, but Fridlund has brought her somewhere unfamiliar. In the woods of northern Minnesota, Linda embodies this character in unexpected ways.

History of Wolves is told in retrospective fragments, centering on the summer teenaged Linda babysits for a young mother, Patra Gardner, and her son Paul. The child of a now defunct commune, Linda lives with two adults who might be her parents. She’s an outcast among outcasts in this small fishing town, and the reader vividly feels her discomfort with her place in the woods and among the townspeople.

The central conflict of History of Wolves is the death of Paul—a death which is known from the beginning of the novel—though Linda is plagued by more than his loss. She is isolated and lonely, often longing for intimacy with people just outside of her reach. She longs for the company of a beautiful classmate, Lily, and for her history teacher, Mr. Grierson, who is later accused of possessing child pornography. In glimpses of Linda’s adulthood, we also find that even in her sexual and romantic relationships she is still searching for intimacy.

Fridlund’s novel is compelling and deliberate. Tension is seeded throughout the narrative at just the right intervals, even though the incident at the core of the novel—the death of young Paul Gardner—is known from page two. The mystery surrounding Paul’s death does its work to pull the reader along, but Linda and her longing is our focal point. The fallout of Paul’s death is quickly concluded, though it’s apparent that the events of that summer still weigh on her in adulthood. What’s not so clear is exactly what continues to follow Linda. Is it the loss of her friend? Is it the intimacy she failed to find in Mr. Grierson, Lily, or Patra? Or is it the way that Leo Gardner, Paul’s father, led her to question how she views the world?

History of Wolves has a subtle structure modeled after the teachings of Christian Science. The novel is broken into two sections: “Science” and “Health”, taken from Mary Baker Eddy’s book informing the religion, Science and Health with Key to the Scriptures. Christian Science’s influence in History of Wolves is great enough that it’s apparent in the story’s structure, as well as in Linda’s choice to approach the worlds of both science and health. It is a minor thread, but one that could have been used to greater effect, allowing us to better answer the question of Linda’s future.

Perhaps the most compelling part of this book is Linda’s reflection on the events of her childhood. By this point in the novel, she has gained enough distance to look back objectively, though she is still unable to understand herself. Thinking back on the questions she received after Paul’s death and why she hadn’t anticipated them, Linda says, “Maybe if I’d been someone else I’d see it different. But isn’t that the crux of the problem? Wouldn’t we all act differently if we were someone else?” As children, we’re promised that adults possess all the right answers. History of Wolves proves this is rarely the case.

Finding a Sense of Self and Place in “American Fever”

History of Wolves is artfully told, leaving the reader as scattered and wanting as the adult Linda who shares her childhood stories. She invites us to intensely long for the same things she does: intimacy, understanding, and a clear place in life. This is a difficult poetry to achieve in literature. With this beautiful debut novel, Fridlund proves herself as a talent to watch.

Emily Fridlund‘s fiction has appeared in a wide variety of journals, and she currently teaches at Cornell University. Her collection of stories, Catapult, was a finalist for the Noemi Book Award for Fiction and the Tartts First Fiction Award; it won the Mary McCarthy Prize and will be published by Sarabande in 2017. The opening chapter of History of Wolves was published in Southwest Review and won the 2013 McGinnis-Ritchie Award for Fiction.