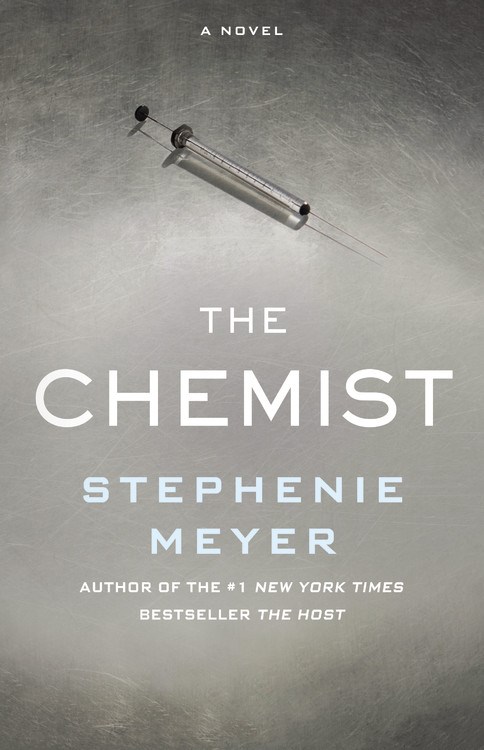 Stephenie Meyer, the author and movie producer of the tween vampire franchise Twilight, has written a book marketed as a thriller. The Chemist is billed as a departure from her previous works, and in terms of its protagonist, Alex, it is: She’s a female Jason Bourne, whose foolhardy persona starkly contrasts the critically passive Bella Swan. But while Meyer has succeeded in writing a headstrong heroine, much about her new book is less definitive, starting with the character’s code name. As Meyer writes: “The Chemist really wasn’t the proper code name for her at all. However, the Molecular Biologist was probably too big a mouthful.” The same can be said about the novel itself: adult thriller isn’t an accurate-enough genre designation for this baggy 500-pager–it’s suffering an identity crisis.

Alex has lived her life in perpetual hiding ever since her former employer—a clandestine subsidiary of the US government—set three hired guns to eliminate her. She’s leveraging her skills as a former biologist-cum-terrorist interrogator to stay alive, donning androgynous disguises, sleeping in a bathtub with a gas mask and outfitting her apartment with Kevin McCallister-type booby-traps that would leave Joe Pecsi and Daniel Stern for dead. She’s not sure why the most powerful government in the world wants her eliminated, but she has a knack for avoiding their detection.

That is, until she reads her email. Her old boss wants her to suit up for a final mission: stop a terrorist group from unleashing a deadly virus. Alex decides the shot at a normal life is worth the risk of being double-crossed; she kidnaps an innocuous Washington, D.C. schoolteacher, Daniel, who intel says holds the warhead. Daniel is attractive with a charitable heart of gold. Sound like the wrong man?  He is. But Alex doesn’t realize this until after dragging him to her West Virginia compound, stripping him naked, binding him and torturing him to tears with her chemical cocktail. This becomes the pretext for their burgeoning romance. By time Daniel’s twin brother Kevin, a cavalier black-ops type, shows up to save him and kill her, their relationship has grown quixotic and unbreakable.

This one-track romance between Alex and Daniel is where the book wrestles with itself. What should be the B-story becomes the focal point around 150 pages in. The once-promising plot of assassins, bio-terrorists, and backstabbing government entities takes a backseat to teenagers-at-the-movies kisses and directionless talking head scenes—both of which fail to move the story forward. The story declines steadily from there: The action feels inconsequential, the stakes grow increasingly lower, and the desire to keep reading dips with each page.

Readers might be willing to suspend disbelief over the torture scene–that works simultaneously as a meet cute for Daniel and Alex–if Meyer had compensated with intense action, plot twists and life-or-death choices—the tropes expected from a thriller. But for all the talk from Meyer about being a super fan of the thriller genre (she even dedicated The Chemist to Jason Bourne and Aaron Cross), she fails to deliver a story as strong as those by Robert Ludlum, Michael Crichton or Patricia Highsmith–the masters of the genre.

Stephenie Meyer wrote what feels like a romance novel wedged into a spy-thriller. But if a talented screenwriter streamlines the story and ups the stakes, it could be a competent movie. Its fight scenes, particularly the first between Kevin and Alex, will translate well to the big screen. Given Meyer’s producing background, a film version of The Chemist is all but a foregone conclusion. And if it outpaces Meyer’s last book-turned-film, expect a sequel soon after.

Stephenie Meyer is best known for her four-book Twilight series, which has sold more than 100 million copies worldwide and has been translated into 37 languages. She is the founder of Fickle Fish Films, a film production company, and holds a degree in English from Brigham Young University. Follow her on Twitter at @FickleFishFilms.