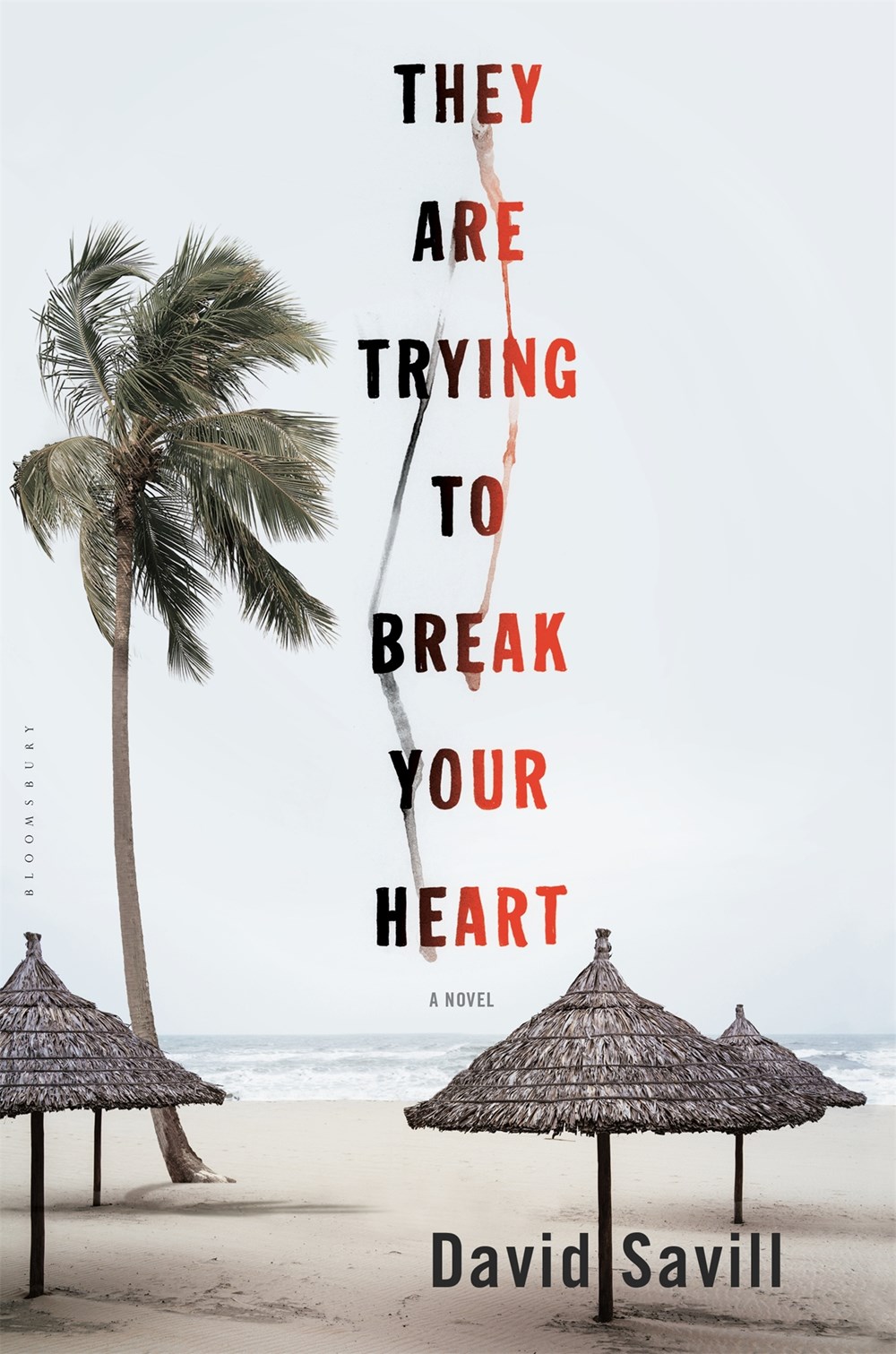 In a novel that encompasses decades and continents, lovers and strangers, adoration and loss, David Savill has crafted a story that successfully “breaks your heart.” The characters includes Marko and Kemal, two friends from the Bosnian War of 1994; and Anya and William, two former lovers from 2004 on a Christmas vacation at the Thai beach resort of Koa Lak (yes, that Christmas in Thailand). Though they are separated by time and place, these characters’ fates are intertwined by the force of nature itself.

They Are Trying to Break Your Heart is told in jolting jumps through time. During the 1994 Bosnian War sections, the scenes are written with deft sincerity and thoughtful brutality. There is a tragic sense of belonging to a place that can no longer support you, of longing for home but needing to abandon it. Equally as gripping is Marko and Kemal’s friendship and the extreme grief that follows once Kemal is killed. The chaos of the war is poignant and shocking. Each new glimpse of this war-torn country adds weight of despair to Savill’s pain-filled—but lovely—prose.

When there is a jump in time, we are in 2004 with Anya, a human rights researcher whose investigation of a man with blood on his hands leads her to Thailand. She invites her old love William along with hope of rekindling their relationship. The choices that bring her to Thailand are circumstantial at best, and it is with loose threads that Savill weaves Anya’s story with Kemal’s. I found these sections to pale in comparison to the war depictions. The jumps often pulled me out of the story as I was forced to re-situate myself in time and from different characters’ points-of-view.

Tension runs through most of the novel, which helps to keep the pages turning. And despite the fact that the historical events framing the story—the Bosnian War and the Thailand Christmas tsunami—are real tragedies, the book achieves a growing sense of unease as the characters trek blindly toward their fates. Indeed, the build-up mirrors the way tsunami waves build: slowly and with mighty, overwhelming force.

The novel profoundly examines issues as expansive as global war and as intricate as two humans in a relationship. And the complexity of just-missed opportunities was an access point that I could relate to. However, I felt the novel was reaching for a deeper commentary on the human condition than it successfully achieved by trying to speak to the way in which trauma can meddle with emotions, or how politics can conspire to sabotage love between people.

If all of this seems like too much ground to cover, that’s because it is. The ambition to tell such an encompassing story is admirable, but the final result falls short. The confusion created by multiple perspectives and time jumps is at odds with the novel’s most somber passages. I commend the effort to write a tale about things that are truly important—war, and death, and justice—but I found myself wanting a more precise focus.

David Savill is a former journalist. His debut novel is called They Are Trying to Break Your Heart, and his second novel, currently in progress, is called Disinformation. He teaches creative writing at The University of Salford in Manchester.