In ‘Shutter,’ Photographs Only Tell Part of the Story 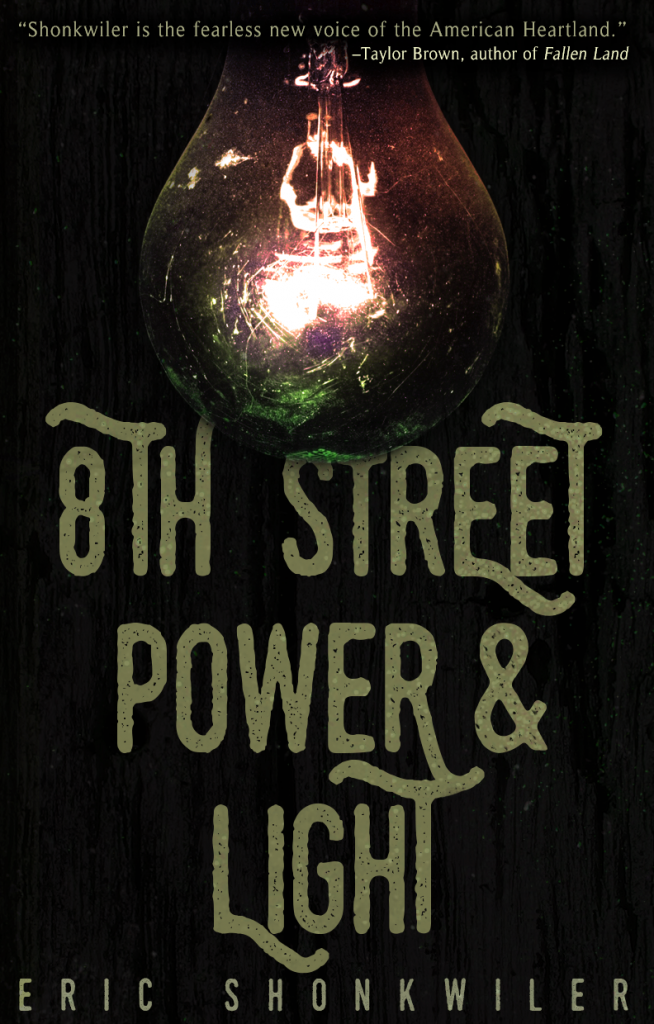 Genre often holds the paradoxical role of both classifying works of literature and being used as a tool by authors to tear apart, reimagine, and defy archetypical parameters. In other words, designations such as sci-fi and fantasy are sometimes helpful in guiding readers toward books of preference, but they ultimately don’t constrain writers to specific conventions. With that said, Eric Shonkwiler’s 8th Street Power & Light bucks many genre norms altogether, making it an intriguing postmodern work—an amalgamation of post-apocalypse, noir detective, and gun-slinging western genres.

The novel opens on protagonist Samuel Parrish returning to town after an indeterminate period of exile. Parrish, in true noir fashion, has a high moral code and has been tasked by the town’s sole utilities provider, 8th Street Power & Light, with cleaning up the city’s meth and alcohol problems. While Parrish is an unusual hybrid of cowboy and private eye, he still falls victim to the usual tropes. He is a lawman first and foremost, but his ethics can be manipulated based on circumstance, allowing him to rationalize his vigilantism when he toes outside the lines. Imagine Phillip Marlowe with a proclivity for moonshine and knives.

By all appearances, an apocalyptic event has eradicated most of civilization in this nameless town. 8th Street is one of the few places where people have managed to rebuild a community and bring some stability, along with electricity and running water. The government, however, has been redeveloped for the age of the aftermath, and is run primarily by a trio of founding members. Early on, Beth Doubek, one of the three architects, explains to newly recruited citizens:

“The city you’re standing in was founded by Lester Bradshaw, Al Steiner, and myself. Bradshaw’s the head of the electric side of the company, P&L of 8th Street P&L, and he runs the faces, the people who go out and find people like you. Al runs the branch of workers called O Street. They keep the peace, do maintenance work and keep our cars running. With a place like this, there’s a lot to be done, so you’ll see workers out all the time. I, myself, aside from being the entirety of the welcoming committee, also keep track of the logistic side of the city: The trains, the goods, the trading.”

This succinctly explains the town’s factions of work crews, who operate on a gang mentality and have little interest in cooperating with a do-gooder like Parrish. While the town forbids most vices outside of government-distilled moonshine, it seems everyone in the city suffers some level of addiction to drugs or booze. Few people want an outsider snooping around as to how these vices are being brought into the city and sold. As to be expected, Parrish finds himself falling down the rabbit hole, searching for the true source of the drugs.

Depending on your sensibility, some of the novel’s structural elements can be jarring. Many characters are introduced in a short amount of time and they rapidly weave in and out of Parrish’s investigation. The abundant fight scenes are often quick-paced and visceral, at times giving Parrish a Jason Bourne-esque quality on the page. Furthermore, the dialogue is unattributed and devoid of quotation marks, which lends itself to the aesthetic, but can be tough to follow.

One lingering question is never addressed—why are 8th Street’s citizens unanimously prone to addictive tendencies? Whether mass self-induced delirium is fallout from the apocalyptic event or a hyperbolic nod to the noir masters of instilling every character with a penchant for liquor and corruption remains unclear.

Where Shonkwiler genuinely shines is in his confident syntactical brevity. He is unafraid to make the most of a terse sentence, repeatedly shirking glam for grit, kicking dust pell-mell to cover up any excessive language. In the peculiar wasteland Shonkwiler has created, one wrong choice in diction would sound like the freshly-oiled flute of a virtuoso playing against a demented marching band of spit-clogged, out-of-tune brass. Instead, 8th Street Power & Light leaves prolixity on the shelf, allowing rustic prose and soiled landscapes to emit raw emotion.

Eric Shonkwiler is the author of Above All Men, a novel, and Moon Up, Past Full, a collection of novellas and stories. His writing has appeared in Los Angeles Review of Books, Lit Hub, and The Millions.