How Deborah Shapiro Wrote ‘The Sun in Your Eyes’ 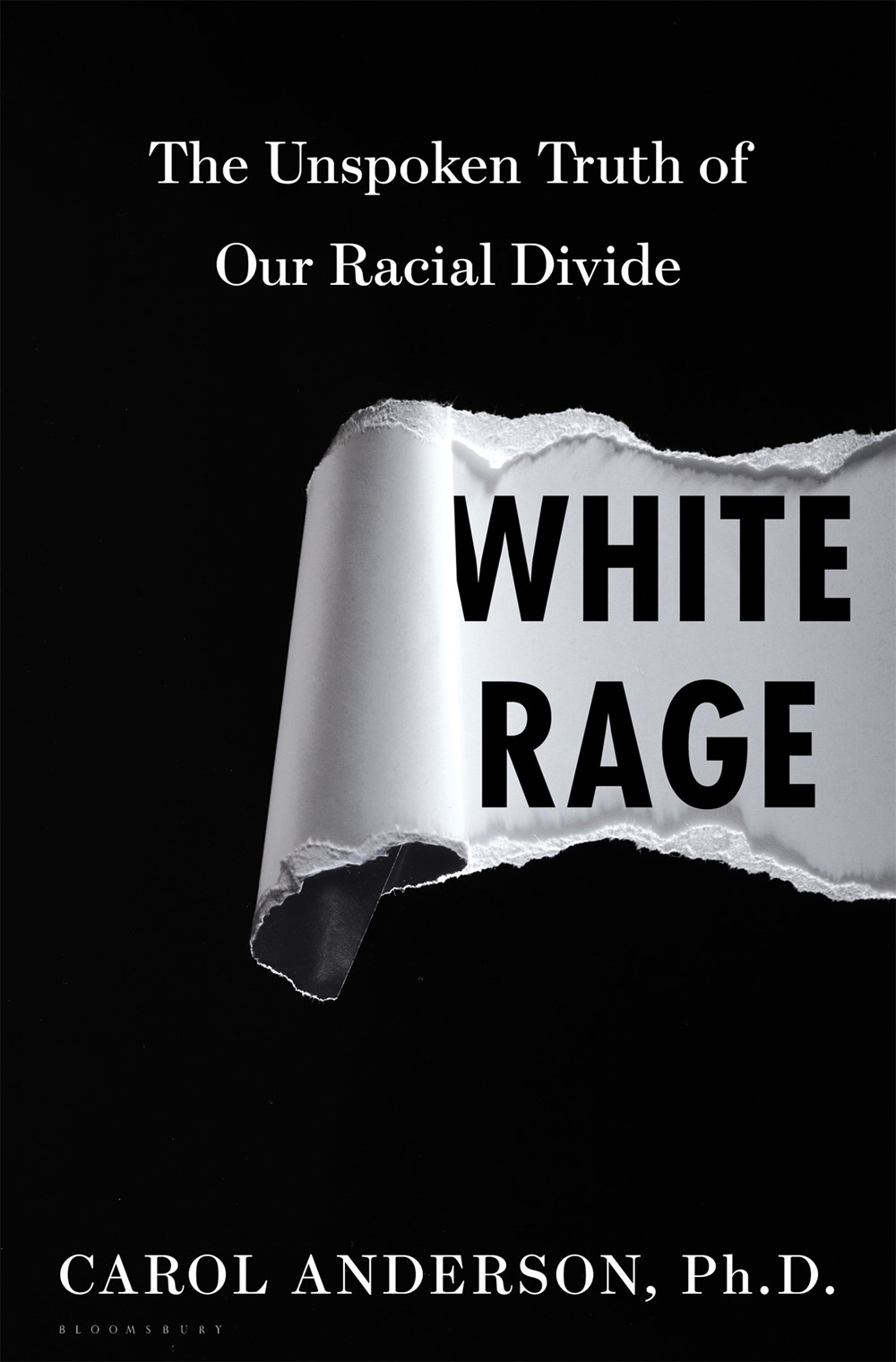 Two summers ago, responding to the death of Michael Brown and the ensuing unrest in Ferguson, Missouri, Carol Anderson penned a controversial (for some) op-ed for the Washington Post. Instead of remembering Ferguson as a manifestation of black rage, she cautioned that “the real rage smolders in meetings where officials redraw precincts to dilute African American voting strength or seek to slash the government payrolls that have long served as sources of black employment,” Anderson wrote.

“White rage carries an aura of respectability and has access to the courts, police, legislatures and governors who cast its efforts as noble,” she continued. Over 4,000 comments later (most of which aren’t worth reading), it was one of the newspaper’s most-read articles of the year.

Now, Anderson has expanded on the same theme in  White Rage, which chronicles the relentless abuse of African-Americans at the hands of whites from Reconstruction to the Obama administration. “The truth is,” she writes in the introduction, “white rage has undermined democracy, warped the Constitution, weakened the nation’s ability to compete economically, squandered billions of dollars on baseless incarceration, left an entire region sick, poor, and undereducated, and left cities nothing less than decimated.” All because African-Americans wanted to be treated equally.

I recently spoke with Carol Anderson—a professor of African-American studies at Emory University—about confronting cultural myths about race, the role of Chicago in the Great Migration, and whether she’s optimistic about the future of race relations in the United States.

Adam Morgan: Lincoln is often portrayed as a hero for abolishing slavery and championing equality, but history tells a different story. Why is it important for us to confront that myth to see Lincoln and the lasting effects of slavery more truthfully?

Carol Anderson: Because if we don’t deal with what really happened, we’re starting off on the wrong road. We’re never going to get where we need to go. As a kid on the playground, we used to say, “Lincoln freed the slaves!” But if we see Lincoln as a heroic emancipator who firmly believed in equality, then we don’t understand what that “freedom” looked like, and we ignore the role of African Americans played in their own freedom struggles, reinforcing the myth of black dependency on government. If we understand how complicated—and people are complicated—Lincoln was, we also begin to understand how complicated freedom was for the enslaved.

When I was teaching American history at the University of Missouri, a young woman came up to me after alecture and she said, “I’m from Waco, Texas and I have never, ever heard Reconstruction described that way. It gives me pause. I shall think on it.” And then she turned around and walked away.

And it’s true: our high school textbooks … that’s the history we get. They often flatten the story or tell a certain kind of narrative, and that’s what Americans go out into the world with. That’s why we have to set the story straight.

Adam Morgan: In my own teaching career, I’ve encountered a lot of college freshmen with odd historical perspectives. After a lecture on rhetoric, a few told told me they’d been told Malcolm X was a terrorist.

Carol Anderson: That’s why there’s such a big battle over textbooks in Texas right now. What Texas does with textbooks influences the textbook market for the rest of the nation, and Texas is saying, “only whites built Texas,” and “there was no slavery really in Texas.” Really? The land of Juneteenth? That’s why getting the history right is so essential.

Adam Morgan: Would the Great Migration of African-Americans have occurred without the Chicago Defender?

Carol Anderson: I think the Chicago Defender was absolutely essential for the Great Migration. With all of those stories of what freedom tasted like—the music, the food, the free speech, the press, freedom of religion, the jobs and the houses—the Defender made African-Americans in the South realize,”Ah, it’s not like this everywhere.”

There was also pride and a power in the Chicago Defender. My mother would tell the story of my grandfather who was down South. He was so proud of the Chicago Defender that he would fold that paper under his arm and strut, saying, “I got my ‘Fender.” That was a source of incredible pride.

Adam Morgan: But once they got to Chicago, it was a different story.

Carol Anderson: Hello! It was like, “Okay, maybe we didn’t quite tell you everything.” They’re going to charge you exorbitant rates for really bad places to live and you’re going to face racism. “I know you thought it was bad in Mississippi, but let me show you what it looks like Chicago-style.”

Adam Morgan: I think a lot of people blame the effects and not the cause. In Chicago, for instance, many people don’t realize how the public school situation in minority communities is a direct result of blatantly racist policies. What steps could places like Chicago take to redress that?

Carol Anderson: Some people have this notion that bad schools are solely a function of people not valuing education. “That’s why those schools are bad,” they say. “Chicago schools are bad because kids just don’t want to learn.” But in fact, that’s not the case, and that kind of thinking abdicates responsibility from society for the quality of our children’s education.

One of my colleagues here at Emory, Professor Vanessa Siddle Walker, has demonstrated models of pedagogy that work by re-framing the issue and acknowledging that these children are perfectly capable of learning. Because if you walk in believing that you’re just warehousing children, that’s what you’re going to get.

Further, we really need to interrogate how we fund our schools. For decades, public policy has systematically devalued areas where minorities live. I’m from Columbus, Ohio, where the city put its landfills and trash-burning power plant—all of the things that stink—near poor neighborhoods. Are those people going to be able to sell their houses if the wind shifts while buyers are there? No.

And then we base the bulk of our funding for schools on property taxes. Wow! We’re setting these kids up to fail!

Adam Morgan: What surprised most while doing research for the book?

Carol Anderson: There were times when I would just shake my head, just going, “Are you kidding me?” One of the things that surprised me was how despite all of these images that we see just coursing through the media about rampant drug use by African-Americans—which then supposedly justifies their over-representation in prisons—a Duke Medical School study found that African-Americans were the group least likely to use drugs. How do you then craft a policy that incarcerates and criminalizes most those who do drugs least? This isn’t about interdiction of drug use at all. Something else is going on.

What I also found startling was that during the space race in 1957, the US decided “we’ve really got to really ramp up our science and technology. We got to get more engineers. We can beat the Soviets with brainpower.” So they passed the National Defense Education Act to pump millions of federal dollars into schools in order to create more scientists and engineers.

To watch how this bill got warped—not only by the states but with the full complicity of the federal government—to say that schools that were in violation of Brown v. Board of Education would be fully eligible. That they could segregate, they could discriminate, they could exclude, and there would be absolutely no consequences for failing to educate African American students.

Adam Morgan: How can I convince people who think racism doesn’t impact daily life anymore to read your book and understand that it does?

Carol Anderson: One of the things that I think that I’m really trying to stress was that this isn’t a book solely about black people. This is a book about Americans. This is a book about how our democracy is at stake. It’s not a book about “evil white people.” We’ve had whites fighting alongside African-Americans all along: Thaddeus Stevens, Charles Sumner, Clarence Darrow, Jim Peck. This is a book about all of us. I think about in that epilogue, “Imagine,”about the billions and billions of dollars we’ve wasted on incarcerating instead of educating and what that’s done to our tax base.

Adam Morgan: Are you hopeful for the future, or are you more apprehensive?

Carol Anderson: I’m hopeful, which sounds crazy, given the history I’ve outlined in the book. But when you think about it, this was a nation that valued slavery. We once thought it was absolutely fine to own human beings, breed them, sell them, whip them, rape them. And we came to understand that slavery is wrong. We came to understand that Jim Crow was wrong. How do we have a society where we hold these truths to be self-evident? Because people put their bodies on the line, and eventually we understood.

I’m hopeful because that resiliency—that refusal to accept the United States as less than what it can be—has consistently moved this nation from a Constitution with the three-fifths clause to one where we are battling hard for voting and citizenship rights, to one where we don’t acquiesce. That’s why I’m hopeful.

Cooking Up A Full Life Despite Systemic Handcuffs

The Double Bind: Writing Historical Fiction As a Black Woman