10 Best Science Fiction and Fantasy Novels to Read This July 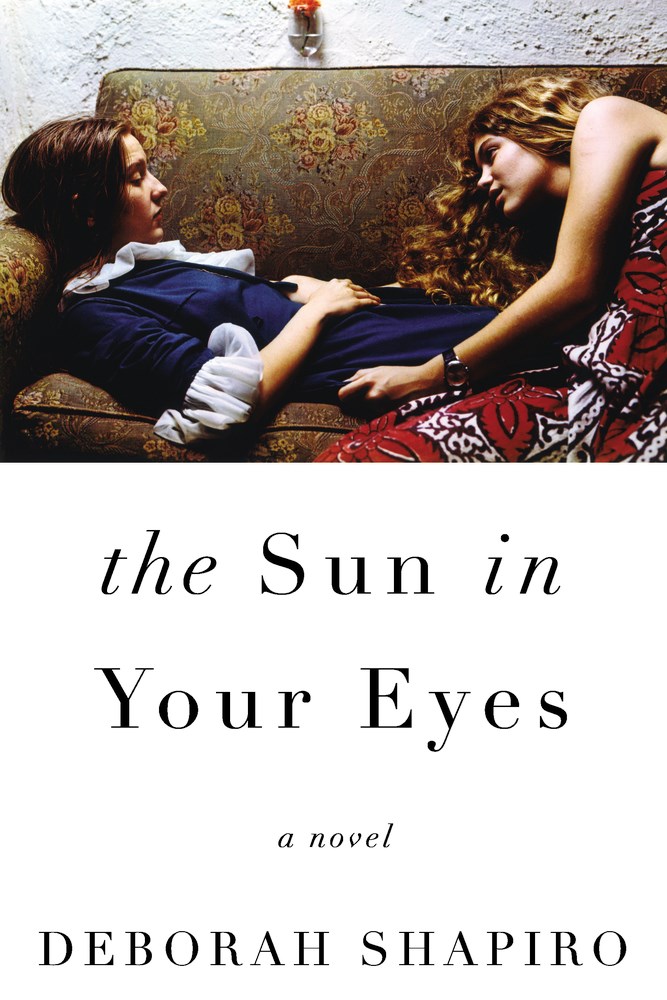 Since 1991, every story about two women on a road trip has inevitably been compared to Thelma and Louise. And yet Deborah Shapiro’s debut novel, The Sun in Your Eyes, has more in common with The Savage Detectives. Instead of searching for a lost poet, Lee Parrish enlists her best friend Vivian Field to help find her rock-star father’s lost album, the last one he recorded before dying.

On June 12, Printers Row Lit Fest hosted a panel on debut fiction with Shapiro and three other Chicago authors: Kim Brooks, Martin Seay, and Billy Lombardo. Here is an edited, abridged transcript of Lombardo and Shapiro talking about The Sun in Your Eyes.

Billy Lombardo: Could you tell us a little about the genesis of The Sun in Your Eyes?

Deborah Shapiro: This book took shape over the course of five or six years. It’s been so long that I’m not quite sure what the actual genesis was, but there were a lot of things I was interested in exploring: friendship, family, and the way they changes over time. The way our cells and identities change over time in various contexts. One of the things I’m interested in as a writer is what it means to be human. I think playing different characters off of each other and having them interact is something I really enjoy doing as a writer.

Billy Lombardo: You play around with point of view instead of staying inside one person’s mind. I find that tricky, because it’s the same writer. I’m always worried that it’s always going to come out as the same voice.

Deborah Shapiro: There are two main characters, two women: Lee and Viv. I started from Viv’s perspective. The Great Gatsby is narrated by Nick Caraway, this relatively ordinary guy who becomes a participant-observer in a glamorous world and tells you about all of these people. Sometimes I forget that it’s written in the first-person, and that it’s his impressions of everything that’s going on.

I started writing from Viv’s perspective, and somewhere down the line I just got a little annoyed with her. I wanted to hear from her friend Lee, who initially comes across as more opaque. Viv has to talk about her feelings and analyze them, but Lee just feels things.

Billy Lombardo: Do you observe other people to give yourself a capacity for their voices?

Deborah Shapiro: There are a lot of people looking at each other, looking at photographs, and looking at art in this book, trying to figure out what they mean. One about successful novels is that there’s usually a curiosity behind them … the writer is trying to figure something out along with their characters. Reading novels like that has certainly helped me as a writer.

Which can be hard to do when you’re young. It reminds me of a criticism I received years ago on some short stories I’ve written, that they needed “Olympian distance,” and that the characters needed to be less bitter. At the time I was bitter about that comment, but it’s true. Some of that distance and perspective you  get with age and just moving through your life.

Billy Lombardo: What is the writer’s life like for you? How do you sit down and do it? How do you manage it with the rest of your life?

Deborah Shapiro: It’s always important to at least structure your time. I have a five-and-a-half-year-old and this book really got going after he was born while I was home with him for a year. I remember before having a kid I would read these things where writers who would say, “my child will nap two or three hours a day and that’s when I wrote my novel!” But I found it was not like that at all. When he was napping, I wanted to be napping too.

So I hired a babysitter to come two days a week for four hours, and I would just go and write. I had to it then because there was no other time.

Audience Member: I’m a writer, and what I struggle with is promoting, because writing these days requires so much self-promotion and social media. When do you find time to do that?

Deborah Shapiro: Something that has helped me is to think of it as making connections with people as opposed to just tweeting about it into the void. Some of the most gratifying exchanges I’ve had have been sending a galley to someone I really admire, and having them write back and say: “Yes, I’m excited to read it, send it along!” In the long term, making direct connections with people is more effective and also more fun.