Welcome to the Last Great Human City . . . Above the Arctic Circle

In the first few pages of MEM, the main character, Elsie, describes the cover of the October 1906 issue of The Delineator. The illustration of a fashionably dressed woman, the placement of the pencil she holds in one hand, and the contents of the other. Immediately, the magazine becomes Elsie’s first tether to Camille, the woman who’s gifted it to her, and who’ll be like an adoptive mother to her. It’s also a tether to the world outside the Vault where she is forced to live. In her dormitory, Elsie reads aloud from The Delineator in a scene that required finding not only that particular issue’s table of contents, but also finding the individual texts and determining which would appeal most to the girl I was imagining Elsie to be. Hours of research and misdirection culminated in a very few, but very gratifying lines of prose. Such is life for those who write historical fiction. 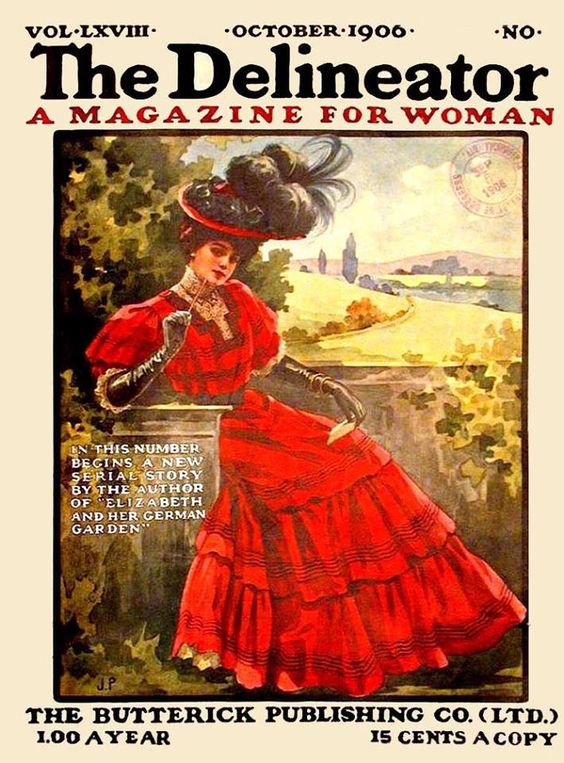 As with the rest of my research, I’d studied the image online. Throughout the process of plotting and drafting MEM, I searched digital archives, and pored over data and collections maintained by the Quebec Family History Society, the Art Deco Society of Montreal, or McCord Museum, among others. As a result, and at the time of writing the novel, I had never seen any issue of The Delineator in person, let alone the one I’d serendipitously chosen over the November issue because it seemed more likely to catch Elsie’s eye.

It would be years before I held my own copy of the beautiful and understandably delicate magazine, awed and excited by what I’d purchased to celebrate receiving an offer of publication for my novel. But I could only be excited to hold Elsie’s favorite magazine in my hands once her story was finished, and it would be longer still before I could put into words why.

At the end of MEM, after the final scene, is an author’s note explaining why, in a novel set in 1920s Montreal, there is no reference to racism. Why I chose, as a Black woman writing intentionally historical speculative fiction and having lived for several years in Montreal, not to include something whose regular omission from Canadian history infuriates me to no end. After all, it was never something I intended to ignore in the discussion surrounding the novel, despite having chosen not to involve it in the text itself.

I explain in the author’s note that I didn’t want to stifle Elsie, my main character who is already beholden to the parameters of her identity as a Mem, an extracted memory meant to exist solely for that purpose and to expire thereafter. It’s a true statement, if incomplete.

I didn’t want to be stifled. I wanted Elsie to be a product of this alternate universe, for my imagination to form her according to the concept with which I’d immediately fallen in love, without consideration for what her Blackness would have been allowed. What is the use of speculation, of creativity, of fiction, if even there everyone is permitted freedom but us? And even still, I realized how much I’d internalized that we uniquely have a duty, not only to remember, to be historians, but also to be criers — to remind white North Americans who have the privilege of resisting or denying reality and the implications of this awful past. On top of being strong and resilient, defiant but measured, proud yet humble, defined and undefinable — in addition to taking the very best from the absolute worst, the oppressed must keep the rest of the world from denying what happened and what is happening. Sometimes that feels like one expectation too far.

Writing historical fiction as a Black woman therefore — even speculative historical fiction — would have been as inherently complicated as every other thing had I not omitted whiteness. Slavery, or enslavement, is present after all. Oppression, too. What is missing from MEM is the construction and packaging of whiteness; what is present is what it stands for. There is still a privileged population increasingly threatened because they have constructed their identity in direct opposition to those they own, angry at the possessions when they don’t by commonness or incapacity or gratitude imply their owners’ superiority.

Omitting whiteness from MEM required racebending recorded moments in history, removing negative context where people of color did show up, and most importantly refusing it exclusivity or centering on the page. All of this was preceded however by actively ignoring signs and signifiers of whiteness in my research, an example of which was relying on archived information about the contents of a prominently discussed magazine rather than looking for a copy of the issue in question.

I couldn’t have known how easily I’d come into possession of the magazine once I decided to look. Having found historical research a rewarding but intensely trying endeavor, I would never have imagined that my first google inquiry would result in finding a copy for sale at a rare bookstore. For $25, it was a not insignificant mark-up from the original 15 cents, and it was mine — minus a handful of pages whose absence had not been mentioned in the product description, among them the story Elsie often read aloud.

What remains intact are stories, fashion pages, articles on cooking, and a great many advertisements, most of which seem packaged as gossipy entertainment. There are illustrations of white women, of chubby cherub-looking white babies, the odd white man, and inevitably, toward the end of the magazine, there are tar-black babies in cooking bonnets hawking one recipe or another as though they can be expected to cook. There are two black-skinned children standing swaybacked, naked but for the kettles worn upside down on their heads and the white bottoms whose silhouette call to mind grass skirts. They’re demonstrating the superiority of a cleaning agent, which promises that these twins will do the work for you. And of course, in a larger ad stands a friendly, smiling Black man, dressed all in white, but for his black bowtie, preparing Cream of Wheat. He is much more dignified, and is drawn like a portrait, unlike the cartoonish children. This image I know well, as the man was still preparing hot cereal clear to the end of the century, when I was a child.

The Most Anticipated Chicago Books of 2023

I admit to being almost pleasantly surprised by how few egregious illustrations I found on the one-hundred-twelve-year-old pages, but only because I waited so long to see them. I remain confident that it would have been distracting had I owned Elsie’s magazine all along. The offensive caricatures aside, in Elsie’s version of the world, the otherwise total saturation of white faces in a magazine heralded as being for women — without racial qualifier — would have no doubt sparked confusion. It would have warranted inquiry, nudging my speculative, alternate universe story in a direction too routine to be compelling. What is compelling is the realization that to avoid this, I needn’t omit the off-color representations of infants or the subservient grown man; they were not real to begin with. I needn’t wax expositorily on how Elsie’s family would have come to such prominence in Montreal society, or whether or not they’d been descendants of freedmen or the enslaved. Outside of whiteness, outside a constructed identity designed to erase racial heritage in favor of conglomerate power, none of these contexts exist.

When I sat down to write a girl with my skin color into a time and echelon in which all of recorded history tells us she would’ve been unlikely and unwelcome — on either side of the invisible line between Canada and the United States — I did not omit our Blackness, only the opposition to it. And finding that Elsie existed beautifully without that, I am certain I would too. 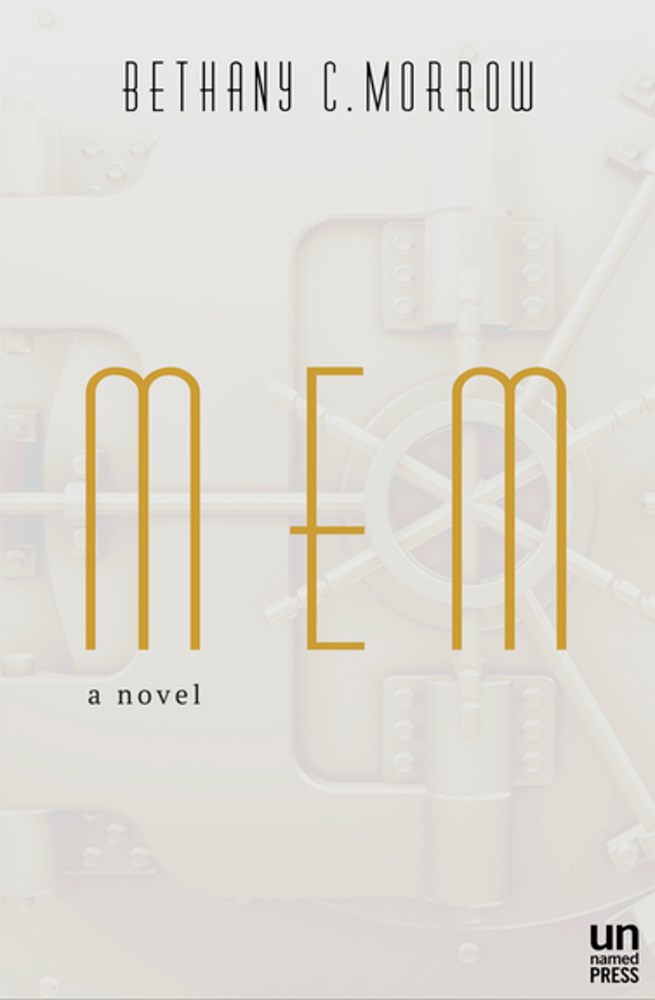 A California native, Bethany C. Morrow spent six years living in Montreal, Quebec. Her speculative literary fiction uses a focus on character and language to engage with, comment on and investigate worlds not unlike our own. MEM is her debut novel. She currently resides in upstate New York.

When you give me that look, I was kidding.