A Jewish-American Spy in the Galápagos: Enchanted Islands by Allison Amend 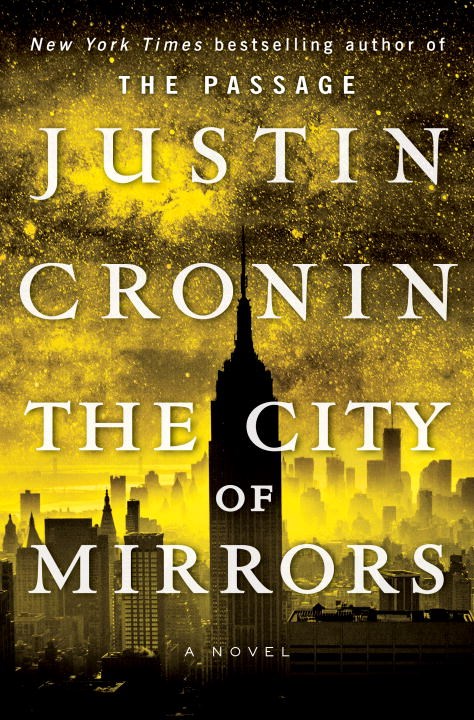 I turned 30 last year. This year, my wife and I are expecting our first child. Huge milestones for any human being, but for a writer, these events provoke an extra layer of anxiety: “What if I never have time to write again? What if the best years of my life for novel-writing (the childless ones, filled with ‘free time’) are over?” Between a full-time day job and a newborn, I fear my first novel-in-progress will never be finished.

So when I spoke with Justin Cronin a few weeks ago ahead of his appearance at BookCon in Chicago, I asked him how he balanced his writing career with being a parent and working a full-time job. Cronin was in his 40s when The Passage was published in 2010, teaching at Rice University and raising two children (the idea for the trilogy actually stemmed from conversations with his daughter). The third book in the series, The City of Mirrors, hits bookshelves today.

Before The Passage was sold, you balanced your writing career with teaching and freelancing and parenthood. What’s your advice for those of us still juggling multiple “careers”?

My advice to writers is that writing is a job. And like any job, the first rule is you must show up. Figure out what you’ve got in terms of your daily life: an hour in the morning before the kids are awake, or two hours in the evening after they go to sleep, or your lunch hour. Whatever you have, use it and guard it with your life. And make sure that when it’s time to write, you actually write.

I don’t just mean “don’t get distracted by the Internet.” That’s obvious, right? I mean, make sure that you are making material, because that is the only way to write a book. Whether it’s 1,000 words a day, 500 words a day, 250 if that’s the time you have. But if you write 1,000 words a day, in 100 days you’ll have a novel. Until you get to the end, you don’t have anything. To write a novel is to finish one, not start one.

Same if you’re writing short stories or plays or screenplays. Whatever it is, get to the end. Then you get to rewrite it, and there’s still a lot of work left to do, but get to the end.

I always end my books badly. My books are about 1,100 pages long in manuscript. I write the first half great, and then in the second half something goes wrong. I end up in the wrong spot or it’s just underwhelming. So I have to go back and rewrite the second half of the book. That’s just reality. It’s more six months on the schedule, but when I get to the end again, now I’ve got something.

Lots of writers fear their careers will suffer after having children, but that certainly wasn’t the case for you. In fact, The Passage trilogy was a direct result of parenthood, right?

Raising children taught me a lot about what being a novelist was. It occurred to me one day—it was one of those face-palm moments—that my children were people. That they were experiencing a life that was entirely subjective, and I was merely a character in that life. Hopefully a fairly important character, but not always the most important. They were the main character in their own story, and that was a good awakening for me.

I don’t think I would be the writer that I am had I not had children. For about a year, yeah, it’s pretty tough. I was always pretty good about making the time. I always carved out some time and obeyed it. I just said, “The world can spare me for two hours.” It is a remarkable thing, and you will emerge from it a better man.

And your daughter, who prompted you to start writing the trilogy…has she read The City of Mirrors yet?

She hasn’t! She has a very busy day job called being a freshman in college. She wants to re-read the first two before she reads the third, and so she’ll get to it this summer. That’s my expectation. I’d rather she read all of them so we can talk about all of them at the same time, because to me, it feels like one book.

The 7 Writer Types You Should Avoid Becoming