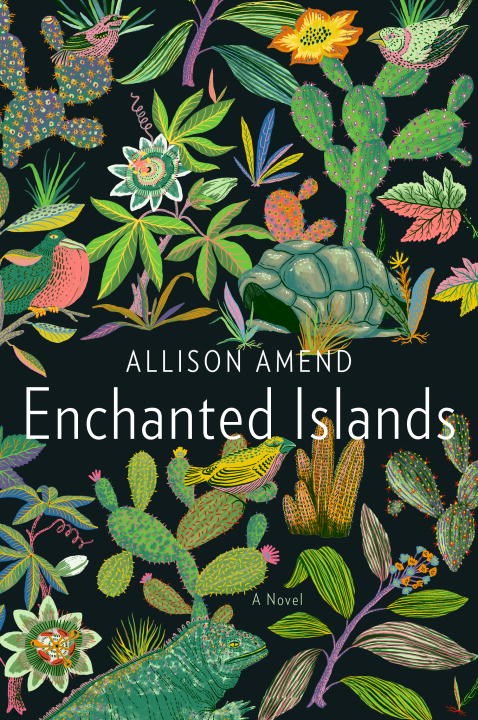 When we think of the Galápagos Islands, we think of giant tortoises, marine iguanas, flightless cormorants, finches, and the dim memory of a seventh-grade biology lesson on Charles Darwin’s visit to the islands in 1835 and the subsequent formation of his Theory of Natural Selection.

Yet in Allison Amend’s new historical novel Enchanted Islands, the Galápagos are home to a plethora of humans, where a quiet woman from the Midwest becomes an international spy just before the outbreak of World War II. While the book’s latter half renders “island fever” in great detail thanks to the confined shores of Floreana Island, the first half presents a different kind of ailment: “Ferrante fever”.

With the forthcoming release of Elena Ferrante’s new children’s book this November, along with a television adaptation of her bestselling Neapolitan quartet, Ferrante fever has reached epidemic proportions. So when Enchanted Islands opens with two young girls coming of age and grappling with social class, feminism, and their own complicated friendship, it’s hard not to see the parallels with Ferrante’s My Brilliant Friend.

Amend’s naïve, quiet narrator—a Jewish-American woman named Franny from the Midwest who’s sent to the islands as an undercover spy—displays many of the same self-conscious traits as Ferrante’s Elena Greco. Both women grapple with the complexities of female friendship as they navigate relationships with fiery, selfish best friends. In Enchanted Islands, Franny’s friend Rosalie has a clear hold over her, forcing Franny to make a number of sacrifices, just like Elena and her bosom friend Lila.

In teenage friendships, imitation can be both flattering and confusing. And the subject of imitation is not unfamiliar to Chicago native Amend, as her 2013 award-winning A Nearly Perfect Copy took a deep look at cloning—in art and in humanity—and at authenticity. While it’s clear that Ferrante is an inspiration to Amend, and while female friendships are a nice undercurrent in Enchanted Islands, the real heart of the tale comes much later, when Franny navigates a difficult life on the Galápagos.

Eventually, the Ferrante resemblance fades and Enchanted Islands turns into another story altogether. Decades pass, and Franny becomes a spinster in San Francisco, working as a secretary in the Office of Naval Intelligence just prior to World War II. She meets Ainslie Conway, a charming young officer, and soon she’s assigned on a top-secret mission to marry Ainslie, move to the Galápagos Islands, and spy on a group of Germans. Once there, no one is who they seem, including Franny and Ainslie themselves. “The circles of deception were endless, the spiral of a master hypnotist.”

While the book spans Franny’s time in Minnesota, Chicago, Iowa, and San Francisco, the richest and most insightful prose occurs once she reaches the Ecuadorian islands:

It’s a misconception that island life is always hopping. Rather, it is full of routine and hoping for weather other than what you have … It’s a flaw in the human spirit that we always want what we don’t have, and the achievement of one goal merely sparks the setting of another, at least in those who strive to better ourselves.

Franny’s life on the Floreana is so focused on survival that the real soul of Amend’s story finally shines. Through failed gardens, tragic romance, and filthy clothes, Amend paints a vivid picture of a woman surviving in a place where friends and enemies alike can both enthrall and harm. The result is beautiful, terrifying, and haunting, a deeply moving lovechild between Elena Ferrante and John Le Carré.

A note for our Chicago readers: Allison Amend’s Chicago book launch for Enchanted Islands will take place on Thursday, June 2 at 7:00 p.m. at The Book Cellar in Lincoln Square.