A Sense of Inclusion at ‘Public Pool’

In my thirty years as a writer and editor, I’ve worked with, talked to, and corresponded with thousands of writers, in addition to observing their interactions and words online. Many I’ve taken as exemplary of how to lead a productive, imaginative, and ethical literary life. But, as in any field, it’s also clear that writers often work against the flow of their own efforts, create conflict where none should exist, and are as adept in their own lives as in their stories of creating narratives that are actually fictions. All of this is instructional, although you wish it wouldn’t have to be. But the truth is that people aren’t machines and we’re all a bit less rational than we let on.

Full confession: I have been some of the writer types below at various points in my career (although never the last type). And what I’ve come to find incredibly helpful to avoid being those writers is to review career goals and core values and interests on a yearly basis and, every few months, to ask myself: Are my actions and words supporting what I believe to be helpful to my creative life and to building community and to, well, having fun?

Because it is easy to drift or to get off track. Sometimes that’s because what you need is not the same as what you want. Sometimes it’s because the kind of writer you are isn’t compatible with your career goals. Most of the time, though, you just need that planned moment of self-awareness to reflect and course-correct amidst the welter of activity that can be a writing career.

Sometimes when I mention how much structure I apply to my creative life, it translates to other writers as somehow being artificial or too focused on career. Others will argue that writers should just write and not think about these things, that they just come with time…even though some of the worst offenders are habitual and are still engaging in destructive behaviors late in their careers and even though some of the writers saying that can say it because other people are doing the strategic career thinking for them.

But, in fact, the point of structure for me is to be able to relax into deeply organic and subconscious processes while writing because the structure has taken away distraction, stress, or uncertainty. And a public book life that is out of whack or agitates a writer always affects their ability to write their best fiction. The amount of structure you apply to your creative life in no way reflects how literary or not-literary you are.

So here are a few writer types that I personally find useful to avoid becoming.

1. The writer in a core genre who, for example, continually yearns to be taken seriously by the literary mainstream but who in all of their social media rovings never seems to actually invest any time in exploring the literary mainstream and/or doesn’t even seem to like anything in that realm. And then blames the mainstream for ignoring them. (Corollary: The writer who complains the New Yorker will never publish them…but has never submitted any fiction to the New Yorker, or any literary magazine.)

2. The writer who lets ego overtake sense in wanting one particular gig or context to give validation when that gig or context is never going to provide that or can’t provide that—sometimes actually ruining that context for them because of the resulting friction. (Corollary: The writer who insists on ritualistic acts of respect from those around them, and takes offense when those indicators are not forthcoming, even if this is simply because the expectation is ridiculous.)

3. The writer who wastes time seeking favor from gatekeepers who just will never like their work rather than investing that time in allies or work-arounds.

4. The writer who is more interested in self-definition than in listening to how readers are interpreting the work (often charitably), in a context where this results in friction.

5. The writer who doesn’t acknowledge the role of luck or built-in privilege in their success and thus codifies general advice to others that only fits their own particular situation. (Corollary: The writer who thinks their success means their approach to fiction is the only correct path and inflicts that rigidity when teaching creative writing.)

6. The writer who becomes too focused on the career of some other writer in the same general category and seems to think turning their career into a sprint against the other writer is a wise strategic move instead of just a source of aggravation and stress.

7. The writer who is not self-aware enough to realize that the career advice they provide is based solely on how high or low their own career is at the moment, resulting in false generalizations about book culture or the publishing industry.

Jeff VanderMeer’s latest novel is the critically acclaimed Borne. His Borne-related novella The Strange Bird has just been released as an e-book original by FSG. In 2018, an expanded and revised five-year anniversary edition of his writing guide Wonderbook will be released by Abrams Image. 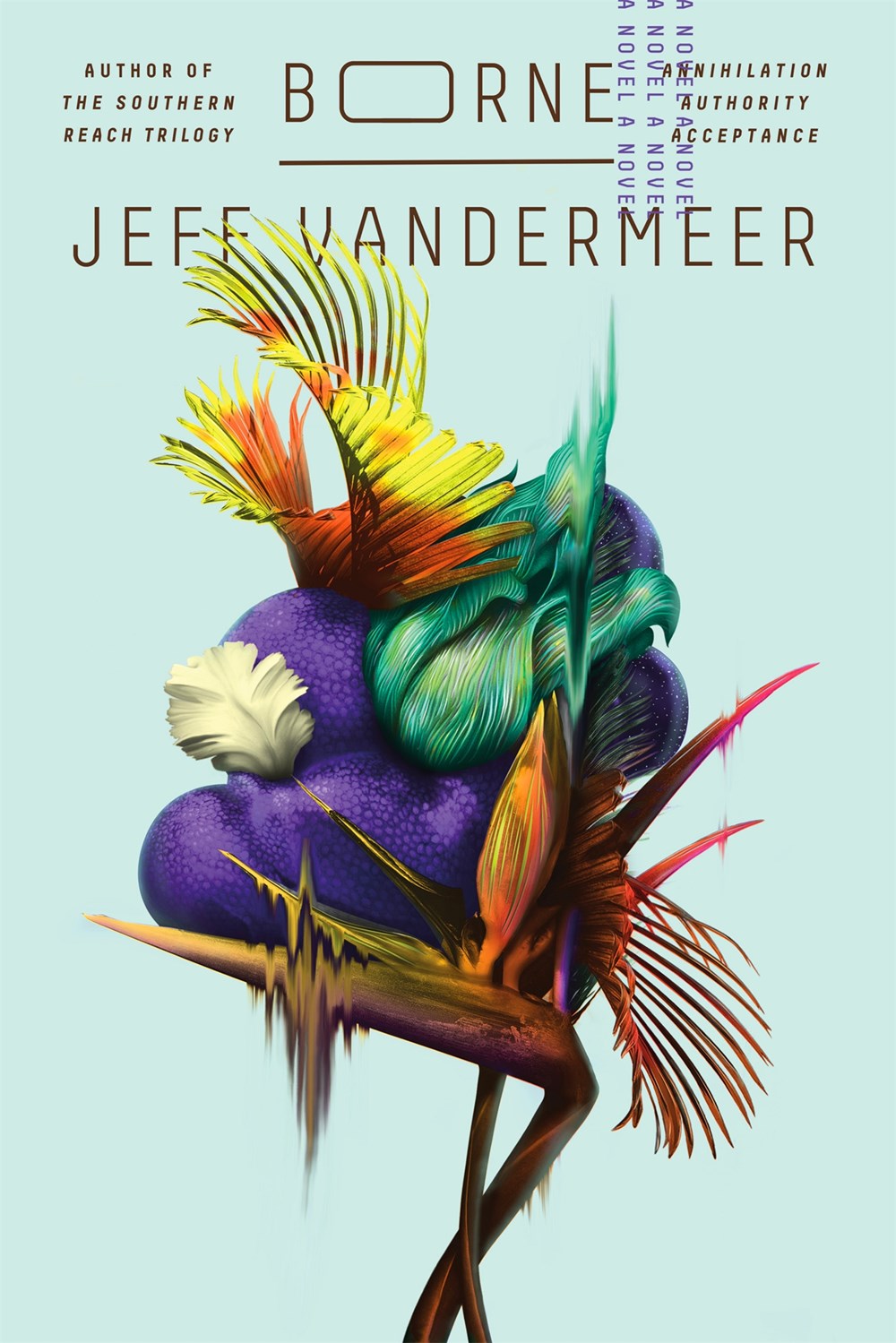 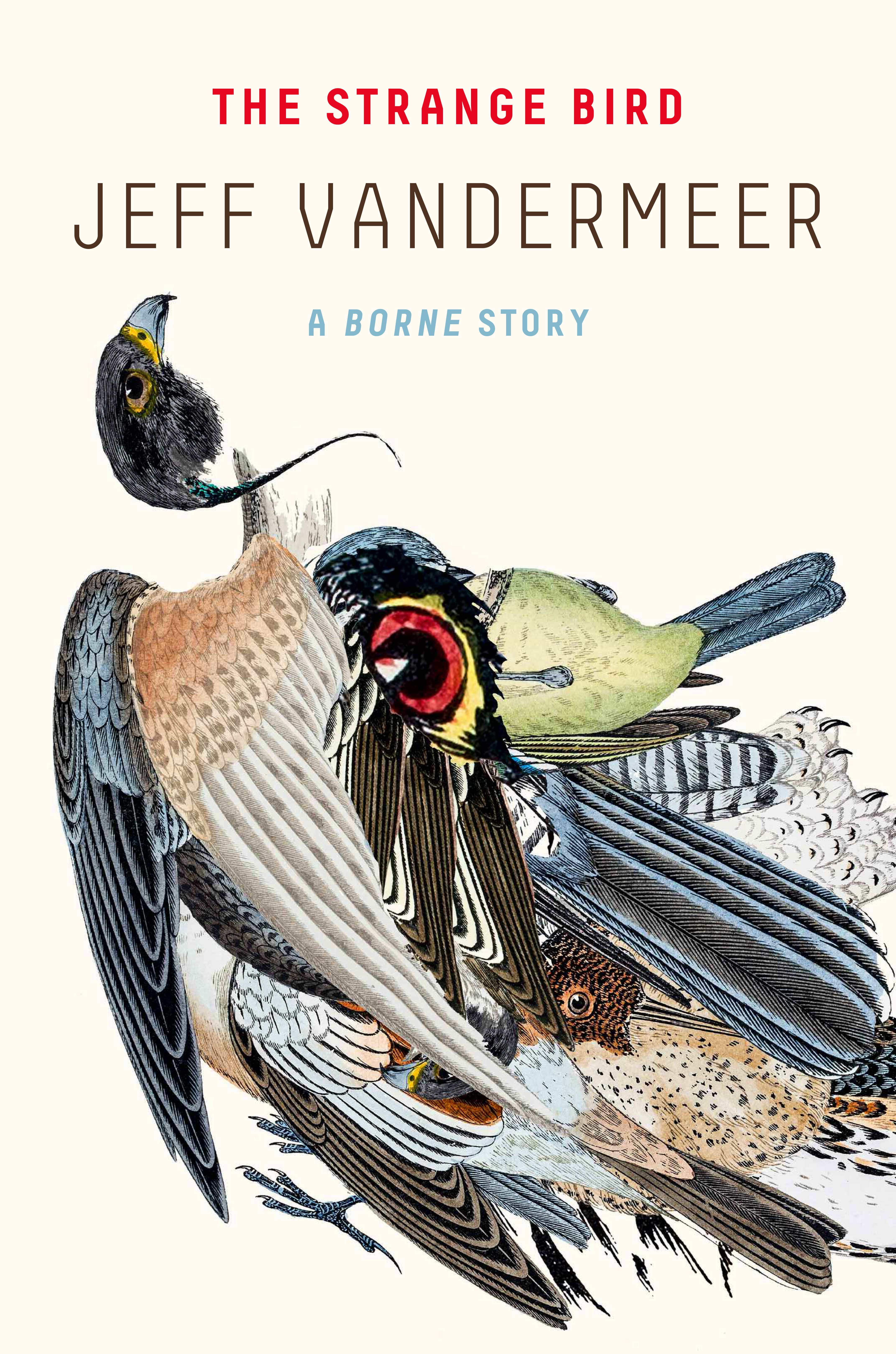 Jeff VanderMeer’s latest novel is the critically acclaimed BORNE. His BORNE-related novella THE STRANGE BIRD has just been released as an e-book original by FSG. In 2018, an expanded and revised five-year anniversary edition of his writing guide WONDERBOOK will be released by Abrams Image.

One Trio’s Mission to Save Humanity