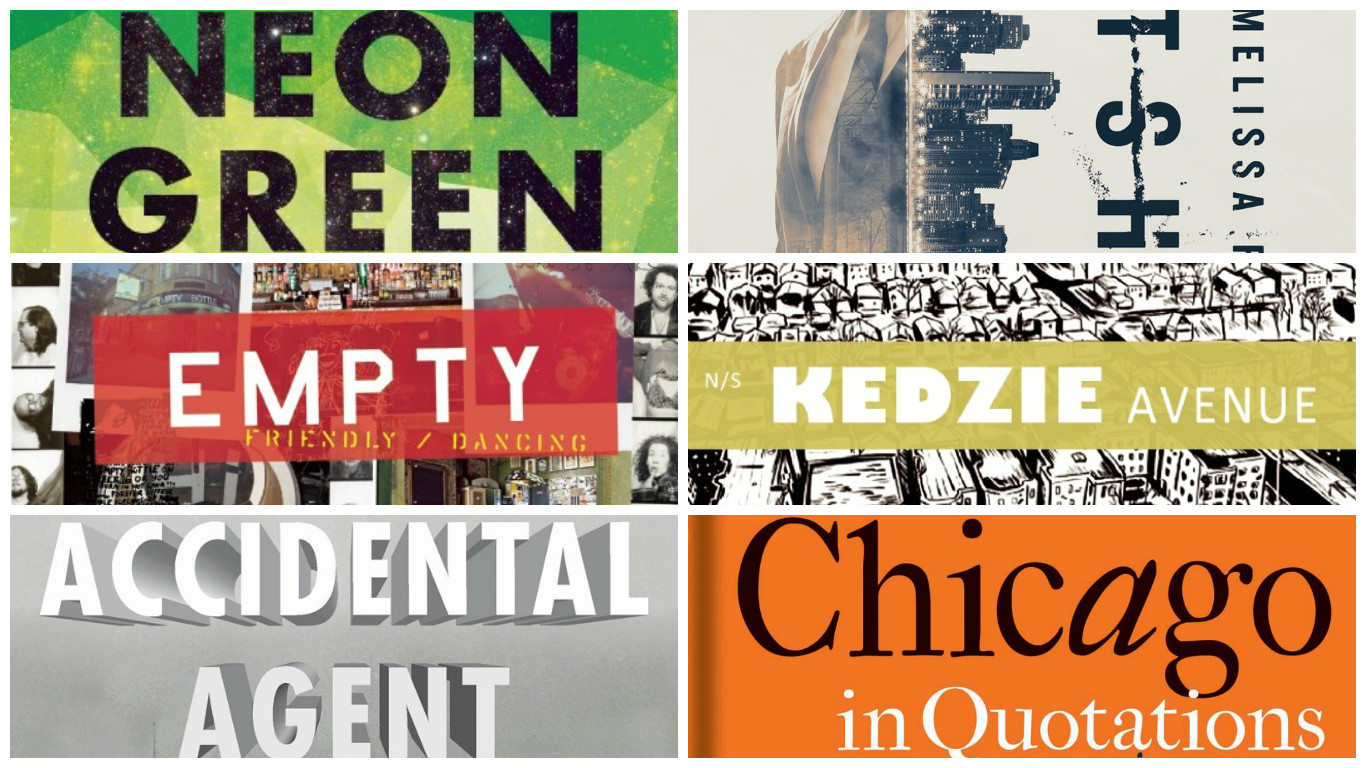 One of the benefits of living in a major metropolis is the plethora of fiction and nonfiction set in your own city. So far, Chicagoans have had plenty to read in 2016, from novels like Jessica Chiarella’s And Again and Matt Ruff’s Lovecraft Country, to reportage like Natalie Y. Moore’s The South Side and Ethan Michaeli’s The Defender. But the rest of the year has even more in store. Here are 9 forthcoming books—both fiction and nonfiction—set or based in the city of Chicago. 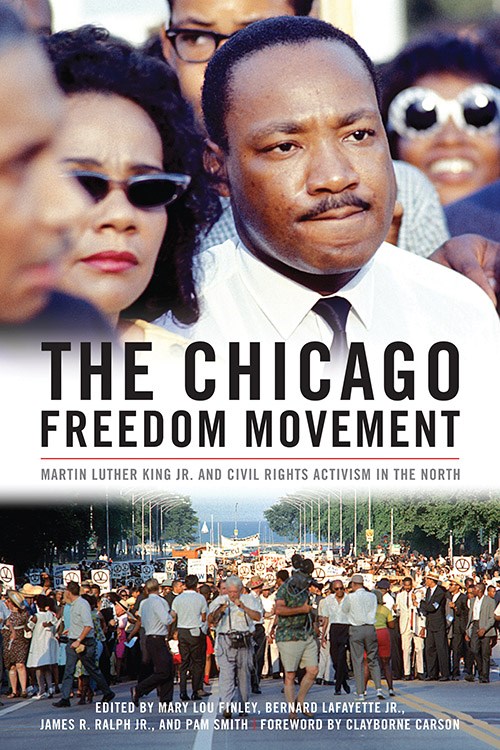 “Six months after the Selma to Montgomery marches and just weeks after the passage of the Voting Rights Act of 1965, a group from Martin Luther King Jr.’s staff arrived in Chicago, eager to apply his nonviolent approach to social change in a northern city. In this important volume, an eminent team of scholars and activists offer an alternative assessment of the Chicago Freedom Movement’s impact on race relations and social justice, both in the city and across the nation.” 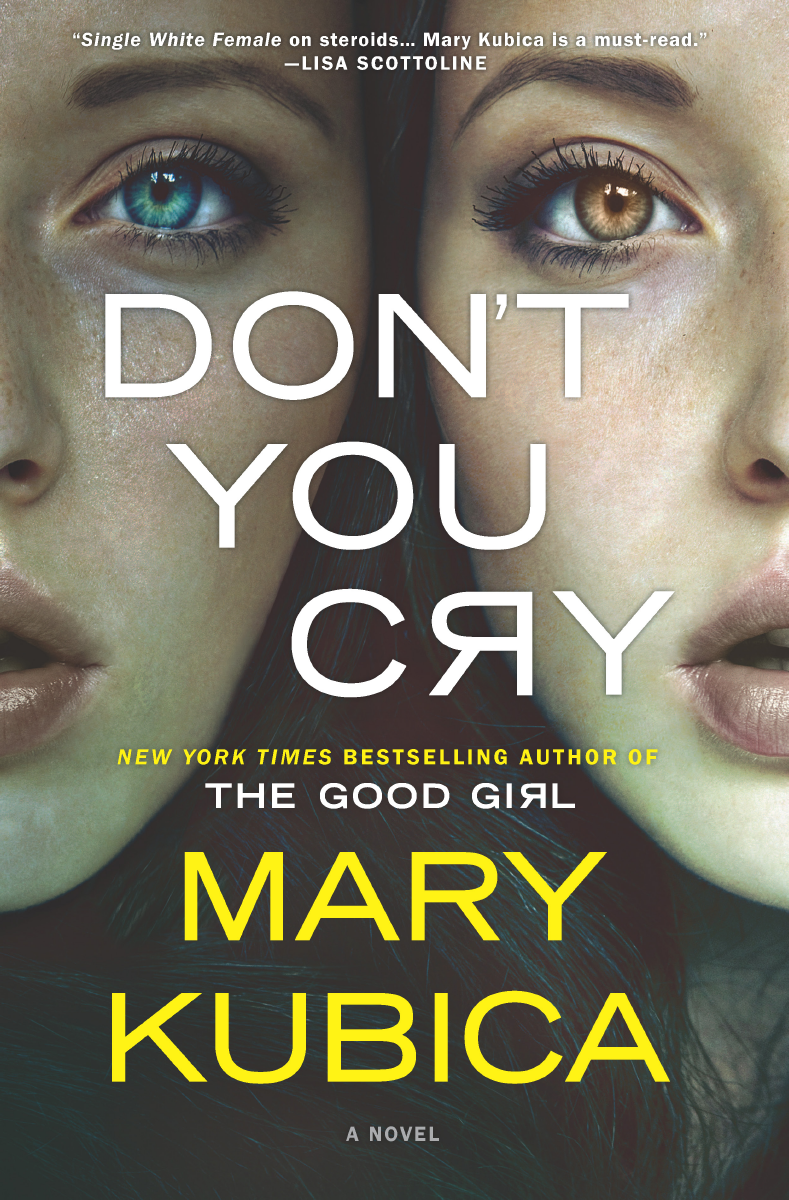 Don’t You Cry by Mary Kubica

“In downtown Chicago, a young woman named Esther Vaughan disappears from her apartment without a trace. A haunting letter addressed to My Dearest is found among her possessions, leaving her friend and roommate Quinn Collins to wonder where Esther is and whether or not she’s the person Quinn thought she knew. Meanwhile, in a small Michigan harbor town an hour outside Chicago, a mysterious woman appears in the quiet coffee shop where eighteen-year-old Alex Gallo works as a dishwasher.” 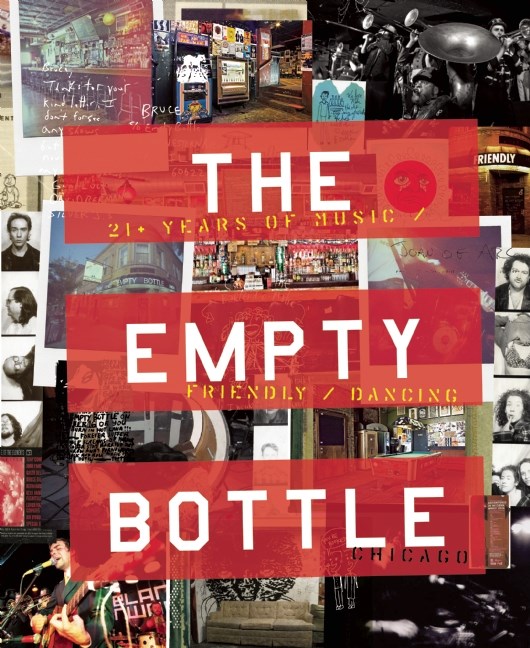 “A collection of stories contributed by the community of fans, former bartenders, bouncers, and performers, including Interpol, OK Go, and more, retelling the eclectic history of one of Chicago’s landmark music venues. The collection will also include an introduction by John Darnielle, full-color photographs and images of old show posters, doodles on cocktail napkins, bathroom graffiti, and other ephemera.” 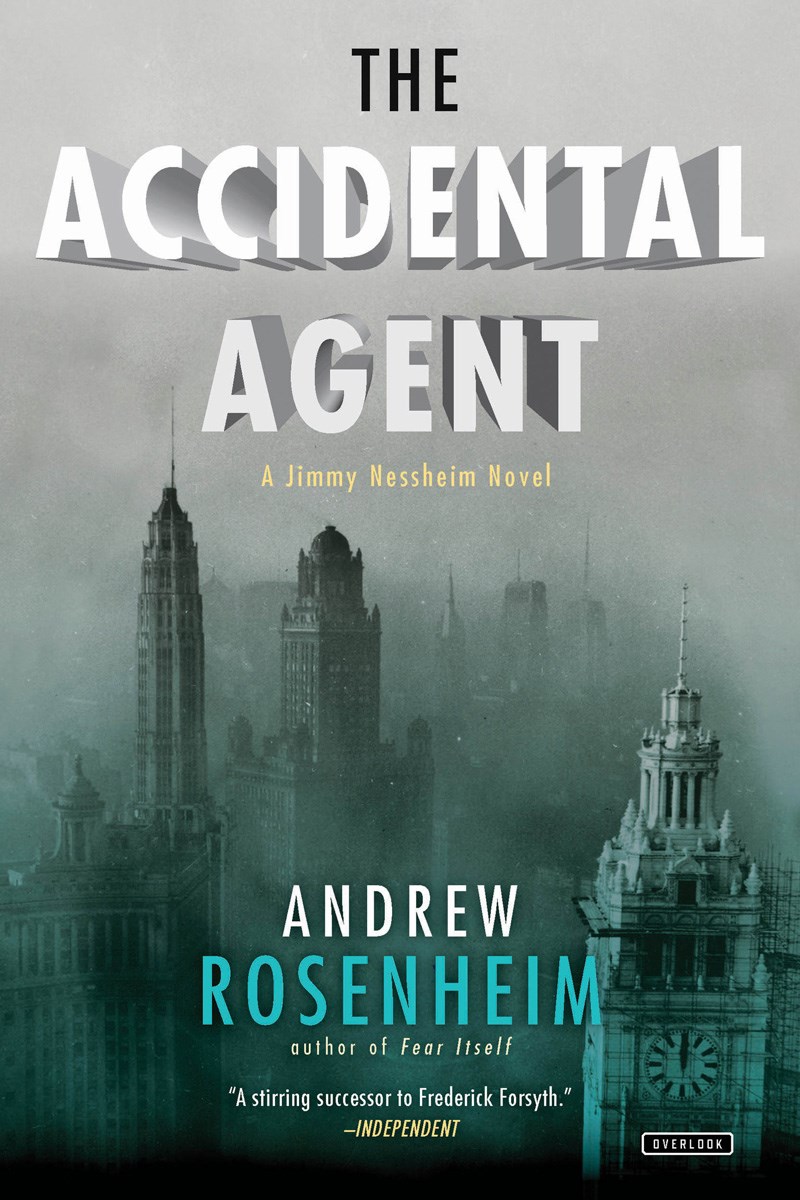 The Accidental Agent by Andrew Rosenheim

“Fall, 1942. In the midst of war, Special Agent Jimmy Nessheim has asked for extended leave from the FBI. Becoming a law student at the University of Chicago seems like the perfect way to re-enter normal civilian life. But the University of Chicago is home to more than an erstwhile FBI agent. Deep under the stands at Staff Field, renowned scientist Enrico Fermi is beginning work on what will become known as the Manhattan Project, research that could not only change the course of the war, but change the face of war itself.” 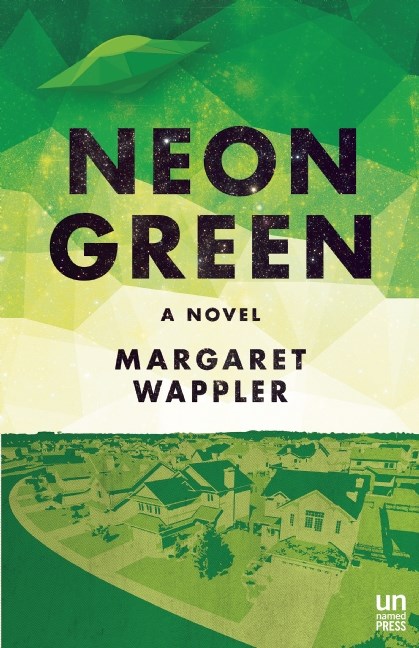 “It’s the summer of 1994 in suburban Chicago: Forrest Gump is still in theaters, teens are reeling from the recent death of Kurt Cobain, and you can enter a sweepstakes for a spaceship from Jupiter to land in your backyard. Welcome to Margaret Wappler’s slightly altered 90s. Everything’s pretty much the way you remember it, except for the aliens. When a flying saucer lands in the Allens’ backyard, family patriarch and environmental activist Ernest is up in arms. According to the company facilitating the visits, the spaceship is 100 percent non-toxic, but as Ernest’s panic increases, so do his questions: What are the effects of longterm exposure to the saucer and why is it really here?” 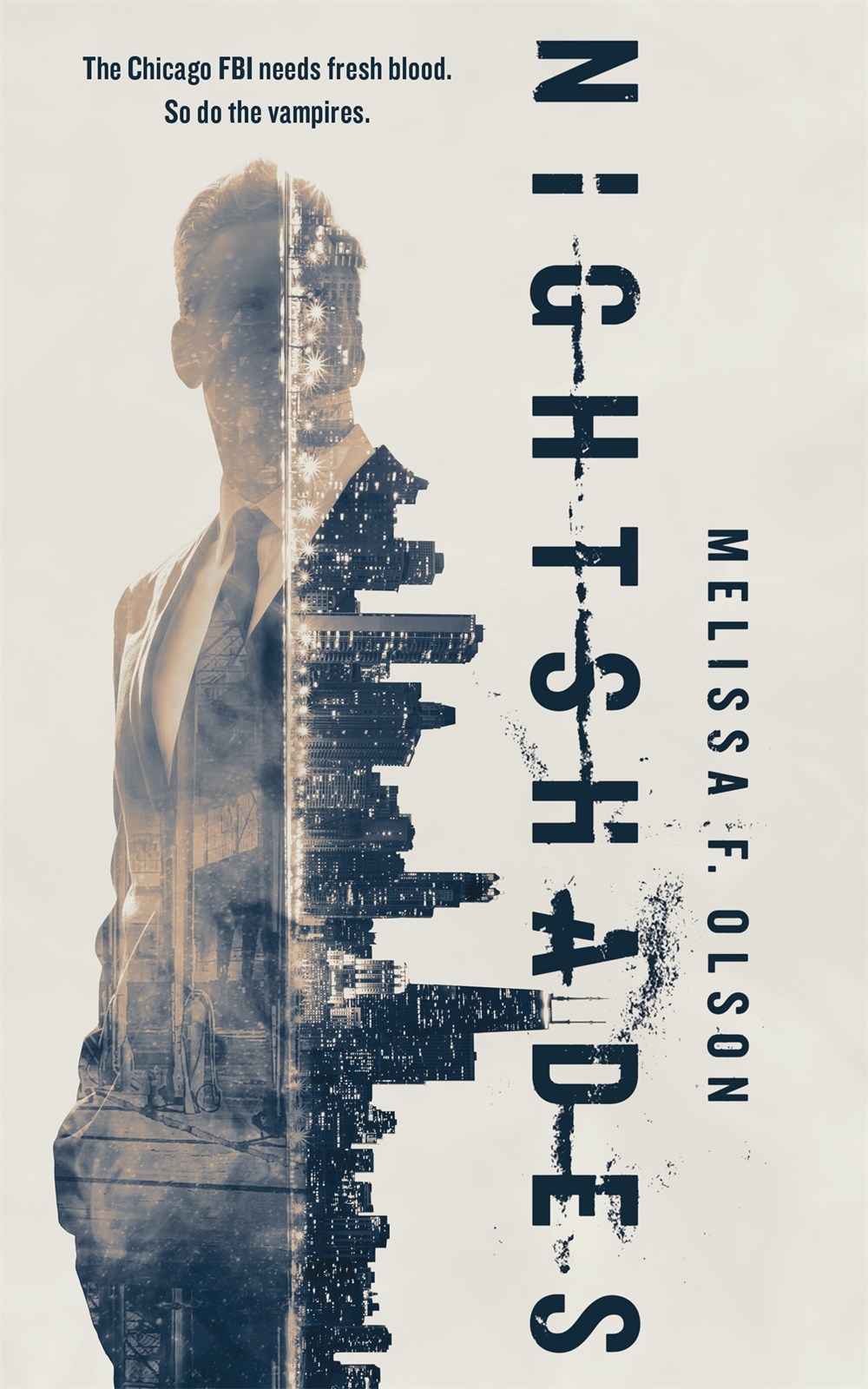 “Alex McKenna is the new Special Agent in Charge of the Chicago office of the Bureau of Paranormal Investigations the division tasked with investigating crimes involving shades. Or vampires, as they’re more widely known. Children have been going missing, and agents are routinely being slaughtered. It’s up to McKenna, and some unlikely allies, to get to the bottom of the problem, and find the kids before it’s too late.”

The Delusion of Work Loving You Back in “The Work Wife” 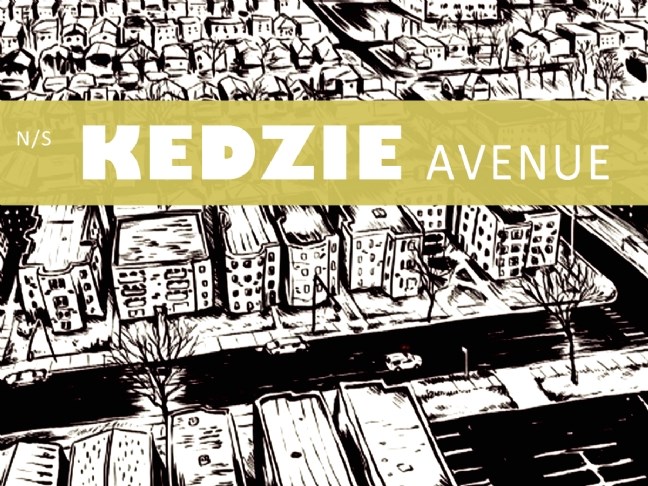 “Kedzie Avenue is an expansive look at everyday life on a single street in twenty-first century Chicago. Drawing on a year’s worth of reporting and interviews with a wide range of Chicagoans, the book weaves personal narrative, journalistic reportage, and frame-by-frame illustration into a complex portrait of an American city.” 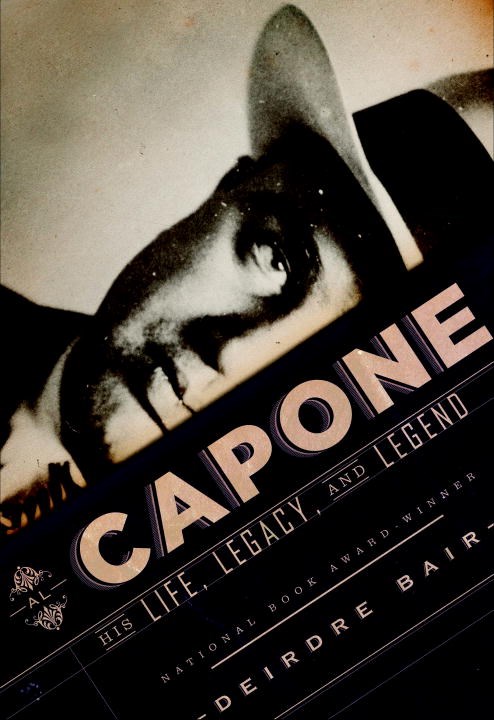 Al Capone: His Life, Legacy, and Legend by Deirdre Bair

“From a National Book Award-winning biographer, the first complete life of legendary gangster Al Capone to be produced with the cooperation of his family, who provided the author with exclusive access to personal testimony and archival documents. Born in 1899 in Brooklyn, New York, to poor, Italian immigrant parents, Al Capone went on to become the most infamous gangster in American history. In 1925, during the height of Prohibition, Capone’s multi-million-dollar Chicago bootlegging, prostitution, and gambling operation dominated the organized-crime scene. Writing with exclusive access to Capone’s descendants, Deirdre Bair finally gets at the truth behind this eternally fascinating man, who was equal parts charismatic mobster, doting father, and calculating monster.” 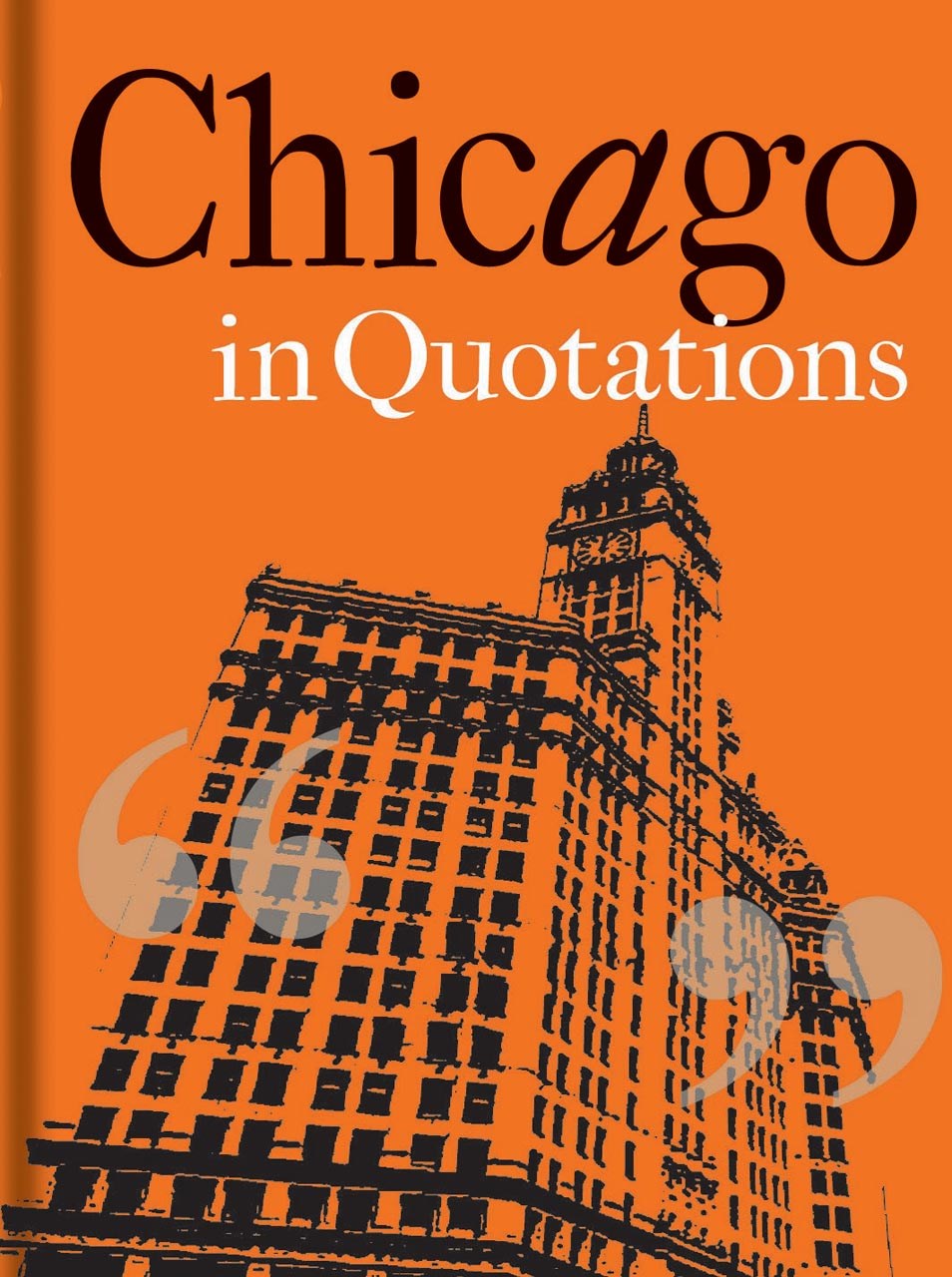 Chicago in Quotations by Stuart Shea

“Carl Sandburg was an ardent champion of Chicago, famously issuing the challenge: Show me another city with lifted head singing so proud to be alive and strong and cunning. For pianist Otis Spann, it was the mother of the blues, and a beacon to every good musician who ever left the South. But the union leader Eugene V. Debs had harsher words for the city, calling it unfit for human habitation, and Rudyard Kipling claimed it was inhabited by savages and hoped never to see it again. Whether you look upon the city with admiration, disgust, or an incongruous combination of the two, Chicago has captured the imagination of generations of poets, novelists, journalists, and commentators who have visited or called it home. Chicago in Quotations offers a compendium of the most colorful impressions that citizens of or visitors to the Second City will appreciate.”