Our Historical Myopia: The Other Slavery by Andrés Reséndez

To combat the stigma of mental illness in our culture and others, we need more writers like Esmé Weijun Wang. She shares her experiences with schizoaffective disorder and offers support during difficult times through her “restorative journaling” program, Rawness of Remembering. And now, her debut novel The Border of Paradise explores the generational effects of mental illness in a fearless, moving, original, sometimes brutal story about a tragic family.

In Brooklyn, 18-year-old David Nowak inherits the family piano empire just after World War II, and gets engaged to the beautiful Marianne Orlich. But his struggles with mental illness cause Marianne to fear that he might be possessed by the devil. “At least a demon could be cast out,” David muses. So when Marianne breaks off their engagement, David sells the company and travels to Taiwan to start his life anew.

But after marrying another woman in Taiwan and having a son, David inexplicably seeks out Marianne, who’s now training to become a nun, and their affair leads to another baby, this time a girl. David convinces Marianne to let him raise the girl with his family in Taiwan, where his wife decides to follow the ancient Chinese tradition of tongyangxi: raising an adopted daughter to become the wife of their biological son. Except, in this case, both siblings are David’s biological children. As his son and daughter enter adolescence, the tale takes an unexpected turn.

The novel is narrated from multiple perspectives, several of whom struggle with mental illness. David’s sections are especially harrowing, as he fights an endless battle with neurosis:

My options have been psychoanalysis, electroshock, or medication with more side effects than treatment functions. There is no taught method of coping. What the doctors never told me is that a percentage of the crazy are also living a crazy lifestyle. Others are more fortunate. For them, being mad is like a cold. They don’t even call it an illness. They say, I was melancholy, I was under the weather… The doctors don’t give you much in the way of options, which is why so many of us madmen choose to go full stop.

His Taiwanese wife may or not suffer from mental illness as well. Plagued with “occasional fits of melancholy,” she raises the children in total seclusion and teaches them to fear everything, including other people. But her choices could be a consequence of her difficult past, as well as suddenly finding herself in an alien American culture when the family moves to California.

Aside from an astute examination of mental illness—whether genetically based, the result of traumatic experiences, or some combination—the novel raises interesting questions about child rearing, culture, and isolation. The fate of David’s children will bewilder some and upset others, but Weijun Wang forces us to ask important questions about culture. A skillfully wrought, multigenerational tale of family, love, isolation, and mental illness, The Border of Paradise is a perfect book club novel… there’s just so much to discuss. 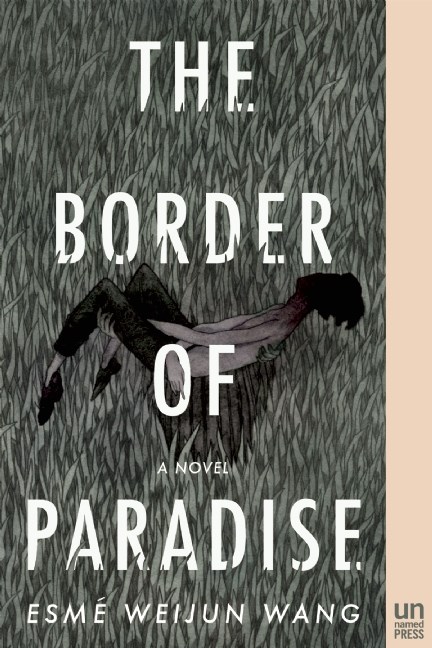 Esmé Weijun Wang is an award-winning mental health advocate and speaker, as well as a journalist and essayist. The Border of Paradise is her first novel. She lives in San Francisco.

Help the Chicago Review of Books and Arcturus make the literary conversation more inclusive by becoming a member, patron, or sponsor. Each option comes with its own perks and exclusive content. Click here to learn more