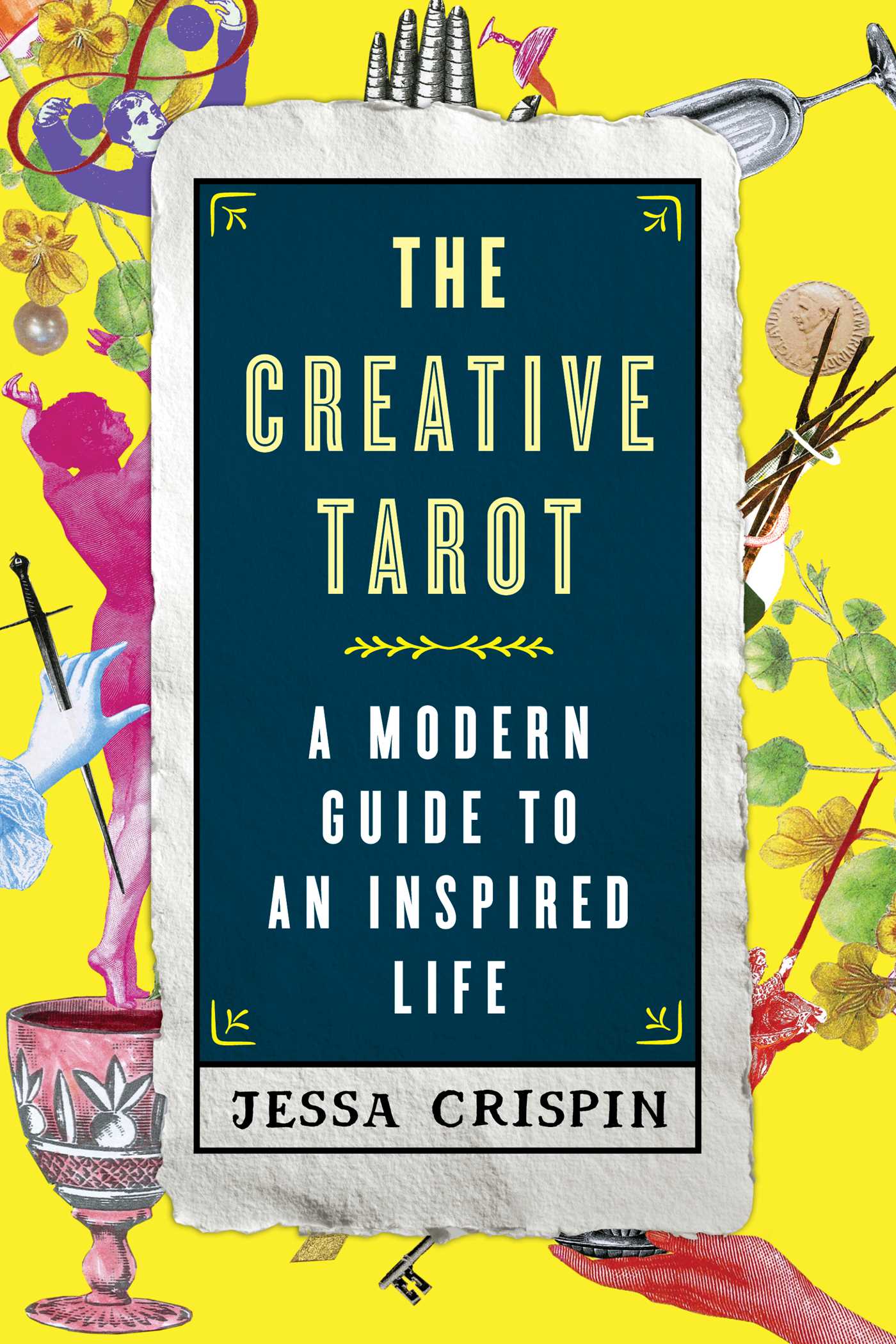 “Tarot cards are nonsense… a cheap scam that fortune tellers use to prey upon the desperate and the gullible, like palm readings and daily horoscopes.” That’s what I would’ve said two weeks ago, in ignorance, before reading Jessa Crispin‘s new book, The Creative Tarot: A Modern Guide to an Inspired Life.

Turns out, tarot cards are just as academically fascinating as the Voynich manuscript or the Rohonc Codex. Originally a deck of Renaissance playing cards, the tarot rose in popularity during the Counter-Enlightenment as a Western equivalent of the I Ching: a group of symbols—in this case printed on 78 cards—that can be drawn randomly to tell a story.

And here’s the real kicker: writers and artists have been using tarot cards as a storytelling tool for centuries, whether in need of inspiration, suffering from writer’s block, or faced with a difficult decision about the direction of a project or career. Italo Calvino, W.B. Yeats, Philip K. Dick, and a host of others would surrender their egos and authorial control, draw a few cards, and see what chance had to offer, depending upon their subjective interpretation of the symbols and their order. 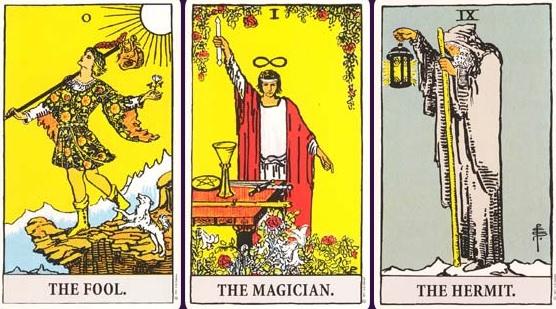 In The Creative Tarot, Jessa Crispin provides a card-by-card guide for writers, filmmakers, painters, dancers, sculptors, and anyone else making tough creative decisions. Instead of thinking of yourself as a godlike creator, Crispin advises, think of yourself as a conduit: channeling the inspiration of a muse, be it some higher power or the random collision of atoms, the art of divination or the unpredictable draw of a card.

Crispin is probably best-known as the founder of Bookslut, one of the literary world’s most popular blogs, which was based out of Chicago for years. Nowadays, Crispin lives in New York when she’s not traveling the globe, and also runs the literary magazine Spoila. Her essay collection, The Dead Ladies Project, was hands-down one of the best books I read last year, so I spoke with Crispin about The Creative Tarot, her relationship with Chicago, and what’s she’s writing next. 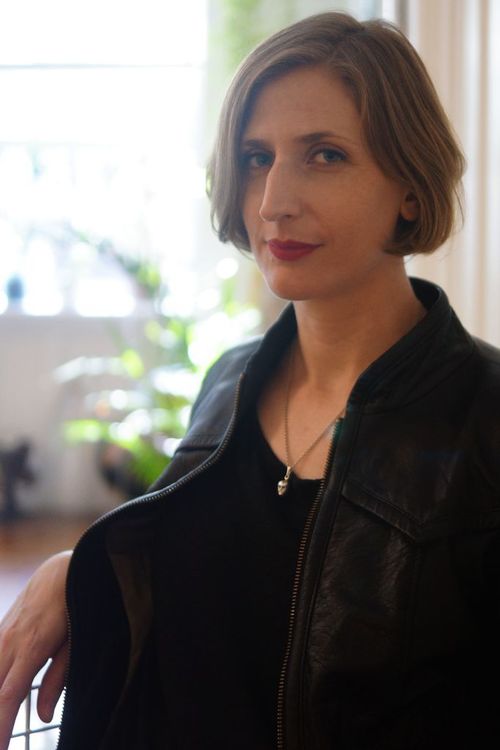 One of the key messages of The Creative Tarot is that writers and artists should always be learning and feeding their curiosity like the ‘High Priestess’ card. Why so?

I think we all know some musician or writer or whoever who just stops growing. The themes remain the same, the spark is gone, they tread the same ground over and over again in an ever declining quality. Part of them just gives up, but they keep cranking it out anyway. There’s a part of all of us that really just wants to settle down, to get comfortable, to stop seeking. And while that might feel good, it’s going to have a real effect on your creativity if you suddenly decide you know all there is to know. If you are a musician who still just listens to your favorite records from when you were in your 20s, if you are a writer who just reads your favorite era, there is a dustiness and a creakiness that invades your work.

One of the consolations after David Bowie left us was hearing all of these great stories about how immensely curious he was. How enthusiastic he was about younger musicians, about art, about life. And immensely empathetic and compassionate toward other artists who suffered what he himself suffered. He got in there, he engaged with people and art. And his work was vital, right up to his literal end.

I have a feeling some creative types will balk at the notion of being a conduit for a muse instead of a godlike, ex nihilo creator. Why do you think this reframing of the writer/artist’s role can be so helpful?

I find that men have a problem being a conduit, they want to think their egos are in charge.

Lately I’ve been reading Agnes Martin‘s writings about painting. Asked about why she painted what she painted, she said she was just doing what she was told. Asked how she felt being a woman painter in this day and age, she said “I am not a woman.” She was a conduit, that was it.

Anyway, I’m just thinking about every terrible writer whose books are just clogged with ego, like cholesterol choking off arteries. Norman Mailer, etc. It’s easy to take some talent and ruin the fuck out of it by being an ego monster.

Plus I really enjoy making people uncomfortable, and I find that talking about the gods makes people really uncomfortable these days.

How has the tarot impacted your own creative process? Did it help when you were writing this book and/or The Dead Ladies Project?

Like most tarot readers, I can’t read the cards for myself, past very basic one-card draw kinds of things. So I used it for mild guidance, for interventions and ideas, sure, every day. 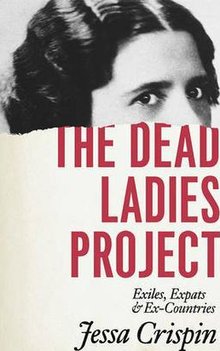 What’s the most fascinating thing you discovered in your research? Anything that didn’t make the cut?

I really enjoy reading esoteric histories, plus all the mystic weirdos like Madam Blavatsky and Gurdjieff and all that. I got into the Golden Dawn history through Maud Gonne, who I wrote about in The Dead Ladies Project. The Golden Dawn itself I find a little too much, as Maud did herself, she had no time for those people. But she was a natural magician, she had access to realms immediately whereas someone less gifted in that area needed to build a ladder up to it. Her call to the gods was a local call, other people had to find the right international codes. Anyway, I’ve read a lot on these subjects that I wasn’t going to put in the book, it’s more like a side interest of mine.

In the book, you say Germany is the Emperor card, after living in Berlin for a while. What card is Chicago?

Chicago is an old lover that I can always go back to and reconnect with. I always like to go back to Chicago. I was there in October to launch The Dead Ladies Project and had a hell of a time. I think we ended up at the Matchbox for their delicious sidecars for my launch party’s after party. The Chicago pleasures are all still the same. But also, there’s that wall I hit, I remember what I loved about it and then I remember why I can never move back. So it’s kind of bittersweet every time.

Is it too soon to talk about what you’re writing next?

I’m writing a feminist manifesto for Melville House, and I will just say this about it: it makes me fucking want to die every time I pick up my pen. There’s just this deathwish energy running through the whole thing. And the tarot cards are not helping, I’ll say that much. (Actually today I asked for a card that would give me a hint on how to move forward with the writing, and I got the Seven of Cups, which I am taking to mean, Write Drunk.) I worry about getting stuck on this thing forever. I think it’s really, really hard to write about feminism these days without anticipating the blow that is going to come. Outrage culture reigns, man.

Note to our Chicago readers: Jessa Crispin will join Irvine Welsh in conversation on stage at the Chicago Humanities Festival on March 8.

“Writing is a Selfish Bastard’s Game”: Irvine Welsh at the Chicago Humanities Festival