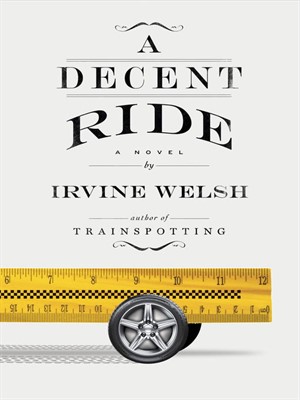 Last night, the 2016 Chicago Humanities Festival kicked off at the Bottom Lounge with a conversation between Jessa Crispin (former Chicagoan, founder of Bookslut and author of The Dead Ladies Project and The Creative Tarot), and Irvine Welsh (current Chicagoan and Scottish author of Trainspotting, Filth, and this year’s A Decent Ride).

“Does everybody know what a decent ride means?” Welsh began. “It’s slightly different in America than it is in Scotland. If you call someone ‘a decent ride,’ it means that they’re good in bed.”

“Taxi drivers in Chicago tend to be immigrants and low-paid workers,” Welsh said Tuesday night. “But taxi drivers in Edinburgh are the exact opposite. They’re total, fucking bastards. They’re all white, indigenous guys who worked in construction for years. As soon as they get money, they buy a taxi.”

An Edinburgh native himself, Welsh moved to Chicago in 2009, specifically the Southport area of Lakeview. According to an interview in Chicago magazine, he apparently does quite a bit of writing on the CTA, going “all the way from Howard down to Dan Ryan and back up again.” When asked a few years ago why he chose Chicago over New York or Los Angeles (other than the fact that his wife is a Chicago native), Welsh replied: “They’re not real American cities. [Chicago] still retains that American ethos. It’s not too fancy. It’s managed to hold on to sort of a quintessential American attitude.”

Welsh and Crispin talked about how writers interface with readers, Scotland and Chicago’s shared tradition of working-class literature, and Welsh’s literary influences as a young man. 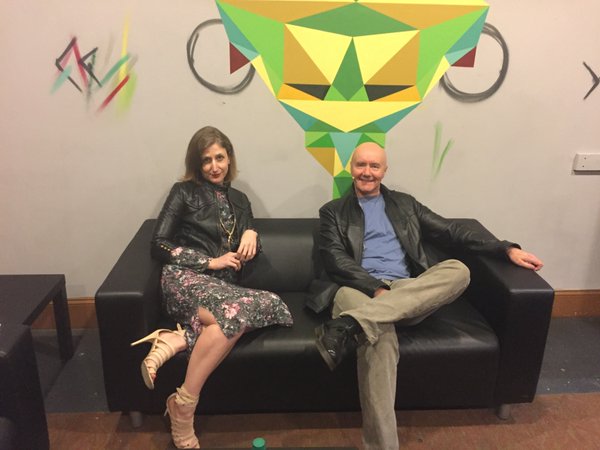 “Do you ever find resistance from readers about where you take characters?” Crispin asked, noting how much feedback writers get from their readers these days in addition to critics.

“I think writers are very selfish and self-indulgent,” Welsh replied. “You’re telling your own story and you’re never going to satisfy everybody. The more books you write and the more time you spend with these characters, the more people get invested in them. If you kill off a character, for example, people get upset about that. But writing’s a selfish thing. It’s a selfish bastard’s game. You can’t afford to care.”

Crispin continued, “It seems to me one of the connections between Scotland and Chicago is the wonderful tradition of working-class literature. But at the moment, it seems like American literature has moved away from an expression of the working class. There was an essay that made the rounds recently about how writing in America has become infected by the academic class. Do you see a disconnect between Scottish literature, which seems to still have a working class expression, and American literature now that you live here?”

Welsh replied, “It’s because a lot of middle- and upper-middle-class people have the social contacts in publishing. In the music business in Britain, if you’ve got a couple talented bands, and one’s Primal Scream and one’s Coldplay, you’re going to sign Coldplay every time, because they’re not going to give you any trouble. They’re going to do their gigs and they’re not going to be fucked on drugs. I think the same thing happens with writers and publishers. [Publishers] will sign more middle-class and upper-middle-class writers. And if they do have a couple working-class writers, they won’t promote them the same way.”

When asked about his formative reading experiences, Welsh responded, “Where I grew up with a small council house, what you guys call ‘projects.’ If you tried to put up a shelf, you’d basically be in your next-door neighbor’s room. There weren’t a lot of books. But in those days if a book was popular, you’d kind of pass it around to neighbors and friends. I remember my uncle Jack took an open course at a university and I inherited all his books. I inherited a lot of Orwell and a lot of Evelyn Waugh, who’s a very posh, upper-class English writer, but I liked the way he wrote about male relationships, the underlying schadenfreude and competitiveness.”

“For most people in Britain,” Welsh continued, “when you get to certain age you read Orwell, the same way people read Kerouac and Burroughs here. From there on it mushroomed out. I got into a lot of Scottish writers like James Kelman, Alasdair Gray, and Alan Spence. And then I got into a lot of American writers, Burroughs and Ginsberg and Kerouac.”

“When I was in my teens, reading became like an addiction for me,” Welsh said. “A guilty pleasure. When I was working as a television mechanic and everybody had The Sun or The Daily Record, I’d be sitting there with my novel.”

Note to our Chicago readers: the Chicago Humanities Festival will continue throughout the spring at various locations across the city, featuring some of the most interesting writers and intellectuals working today. Check here for tickets.