How would it feel to realize that your father or mother holds a muted distaste for you because your skin has suddenly ceased to be white? They no longer embrace you, or the conflicting tension in their eyes before welcoming you is too visible to ignore. Such is the premise of Mohsin Hamid’s latest novel, The Last White Man, in which an anonymous U.S. town is hit by a pandemic that darkens caucasian skin, later spreading all over the country. Anders, the protagonist, initially registers the transformation as a temporary event; he calls out sick, hoping that the change will go away before he will have to report to work again. As the situation progresses, presumed ‘privileges’ ranging from cashiers’ greetings-and-thanks in shopping spaces to making unchallenged cuts in driving, once taken for granted, are now all gone. Anders and those like him begin to experience first-hand what it means to live nominally as a black man.

Even though he doesn’t disown him, Anders’ father’s initially awkward looks and emotionless approach when he sees his son’s transformed skin underlines the extent to which racism corrupts human sensibilities. When Anders finally does go back to work, his boss patronizingly suggests that he should do the sensible thing and take his own life because of this alteration. In days, more white people experience the same event. Riots rage because those yet unafflicted desire no less than the expulsion of dark-skinned people to make their town “habitable” again, echoing populist vows such as making America ‘great’ again. Riots also disrupt the delivery of basic needs such as electrical power, stocking supermarkets, and telephone service. Anders is visited by three white rioters, one of whom he knows; they threaten to kill him if he does not leave town immediately, and he escapes to his father’s home. Covering the blinds and never venturing outside, Anders slowly learns to adapt to his old father’s slow rhythm of life. Eventually, the upheavals subside because no white men remain.

Anders’ girlfriend Oona is similarly shocked to find how Anders has changed, but she adapts to the new identity more smoothly than Anders’ father. Intrigued but also curious, Oona applies makeup to “try” blackness during the lockdown. Appallingly, Oona’s overtly racist mother finds the experiment degrading, and a few weeks later, Oona undergoes the change. Upon finding Oona making love with Anders, Oona’s mother vomits in revulsion. Given her racist mindset, the mother cannot digest that her now black daughter is copulating with another black person, irrespective of Oona’s or Anders’ prior history or their commitment for each other.

Here Hamid offers an important insight into how racism can anesthetize people to the essential humanity in themselves and others, leading to an alienation that damages individuals and society. Eventually, Oona’s mother also experiences what is now a nationwide phenomenon. Only Anders’ father remains and dies white; he is the last white man of the novel’s title. His pending death reconciles the son and father and cements the union of Anders and Oona through marriage. Ostensibly free of supremacism with the burial of the last white man, Oona’s mother blesses the marriage and the book closes with the couple’s teenage daughter told by her grandmother about how the family used to be white.

Given the comprehensiveness of the change that eliminates the existing “caste” system, it isn’t necessary for Hamid to structure the novel on a simple role reversal. Instead, the story thrives on the tension that occurs between the contrast of the new self against the old one within the same individual. The novel recalls Chimamanda Ngozi Adichie whose narrator specifies in Americanah (2013) that she did not feel black and thus did not have to undergo blackness until she arrived in America. As the novel teases the consequences of racism, Hamid’s readers realize that the fantasy of whiteness is an alienation which is anchored on a void. As such, whiteness instigates only depression and disorder.

Hamid underscores the difficulty and discomfort around language in describing skin color by using a variety of adjectives, none of them ideal, though he avoids using Black. Hamid does not shy away from using words like ‘dark-skinned’ and there’s a sense that he specifically wants to offend liberal sensibilities. This offers an opportunity to register what we consider offensive language and why, and equally important, the wider ramifications of racism, beyond words, and toward economic and societal parity.

One of the more interesting aspects in this novel is how Hamid’s dialectics operate: darkened skin moves from being an aberration (a kind of pandemic, recalling Slavoj Žižek’s dictum: “only a catastrophe can save the planet”) at the start of the book to a social equalizer at the end. Eventually, readers recognize the enormity of injustice that has been perpetuated for centuries, allowing the two convictions, namely that we are all humans under the skin and discrimination stands between ourselves and what it means to be human to emerge. Like Oona’s mother, and unlike Erica in Hamid’s earlier book The Reluctant Fundamentalist (2007), Hamid seriously imagines that America can put its racism and attendant societal impact behind it, closing the novel on who used to be its most racist character, Oona’s mother nonchalantly narrating to her granddaughter how the family used to be white. But Hamid’s book—despite providing a compelling illustration of the damages wrought by confusing biology with ideology—will likely not be read by those who urgently need its message. Hamid’s premise presupposes readers who are good-hearted but unable to register the corruption of basic human senses. 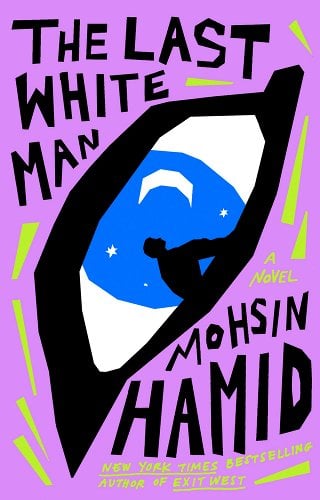 Fouad Mami is a literature scholar and book critic from Algeria. An Africanist by training, his field of interest lies at the crossroads between North and West Africa along with the larger Mediterranean literatures and arts. His essays and book reviews have appeared in outlets such as Postcolonial Studies, The Journal of North African Studies, The Markaz Review, and Jadaliyya among others.

The Transmission of Trauma: An Interview with Coco Picard about “The Healing Circle”

Finding a Sense of Self and Place in “American Fever”