The Body in Grief: Dodie Bellamy’s “Bee Reaved” and “The Letters of Mina Harker”

In her 1977 essay collection, On Photography, Susan Sontag writes, “[t]here is an aggression implicit in every use of the camera.” For her, taking someone’s photograph was an act of exploitation, a subjective rendering of character, made more insidious by its illusion of objectivity. Perhaps the ubiquity of image-capturing in the age of smartphones has inured us to this potential violence—the way infinite images of suffering can numb us to the actual suffering they depict—but for Bea Seger, the narrator of Stephanie Gangi’s sophomore novel, Carry the Dog, that violence is insistent and sharp.

Bea is the daughter of a famous photographer, Miri Marx, who published a series of highly sexualized images of Bea and her older twin brothers in the 1960s, when they were just children. Now, decades later, Bea is approaching sixty and still grappling with the fallout of the controversial “Marx Nudes.” Part of this struggle is toward answers to long-unsettled and difficult questions: why did her mother repeatedly humiliate Bea during the photoshoots? Why had her father not intervened? Another consideration is more practical: Bea owns the storage unit housing her late mother’s equipment, negatives, and unpublished photographs, and both a smooth-talking Hollywood executive and an ambitious MoMA curator are chomping at the bit for access and rights.

Financial troubles loom and pressure mounts to make a decision. Meanwhile, Bea is mired in indecision, tempted to reject both offers and instead reveal the unit’s contents in the memoir she is supposedly writing. Progress is halting, however, and suggests that this memoir is less a serious undertaking than a mere fantasy of control over her own narrative. Bea’s life is marked by what she calls a “distinctive girly powerlessness” that extends past the exploitative photoshoots from her childhood (which meant her most shameful moments were, as she forcefully puts it, “never dissolved by the mercy of memory”). Her intense discomfort discussing money leaves her financially dependent on her rockstar ex-husband, even after she has written one of his most popular songs. A looming cancer scare subjects her all over again to the predatory eye of a camera, though with different stakes. (The chapter in which Bea receives a PET scan begins with the sentence, “I’m having my picture taken.”)

Many scenes of Bea’s childhood feature Miri hidden under the dark hood of her camera, waiting hours for the perfect light to descend upon a scene. In adulthood, Bea is markedly less patient. Clarity and resolution elude her as she makes hasty (often wrong) assumptions and jumps into impulsive (often blundering) action. An ill-conceived seduction attempt, an Insta-selfie-turned-bike-accident, an illicit cigarette-related incident in a nursing home, all lend the narration a comedy-of-errors zaniness that balances—but remarkably doesn’t distract from—the gravity of her story.

For all her gracelessness and impulsivity, Bea is a difficult narrator to dislike; she carries her burdens, if not with dignity per se, then with charming determination. In a post-#MeToo world, Bea has access to a whole new vocabulary with which to define and understand her experiences, both past and present. She embraces the new era, adopting its language of self-empowerment tentatively, awkwardly. During a fumbling seduction attempt, she says, “I try to act French and sexually sophisticated. It’s a persona I’m cultivating”—one she’s read about in a blog.

Gangi’s erratic, fun, and touching novel is, in many ways, a story about change and what it looks like to embrace or reject its attendant discomforts. Bea finds herself in a new, post-menopausal body, in a world with more nuanced ways of understanding and processing grief and trauma. In some ways, she resists change: with Botox and makeup and an apartment cluttered with keepsakes from her rock-and-roll heyday. In other ways, change is the source of Bea’s overflowing vitality. Living rent-free in her spare bedroom, Bea’s decades-younger adopted half-sister, Echo, is all the things Bea isn’t: confident, ambitious, patient; she’s chosen a name for herself because she knows who she is, while Bea wavers. (“Berenice or Berry or Bean or Bea?”) Jealousy creeps in when Bea sees all of Echo’s generational advantages, but Echo is also the sister (and child) that Bea never had; she lets Echo rummage through her now-vintage clothes and accessories so that they can be transformed from symbols of Bea’s bleak, fading past into harbingers of a luminous future.

The Eternal Return of Conflict in “Before the Rain”

At one point, Bea says, “Nothing is how it used to be and that’s the way it should be.” It’s a small moment of simple self-reflection—one of many throughout the novel—but it reveals the underlying ethos of the story that makes it so quietly captivating. Change is inevitable. The “Marx Nudes” powerfully illustrate the potential danger in stasis. This was the problem Sontag was mulling over almost half a century ago: the ghostly permanence of photography. Years go by, the world changes, and the photos continue to haunt. The devastating work that is left to those captured is to find a path forward, even as a piece of them is left trapped somewhere in the past. 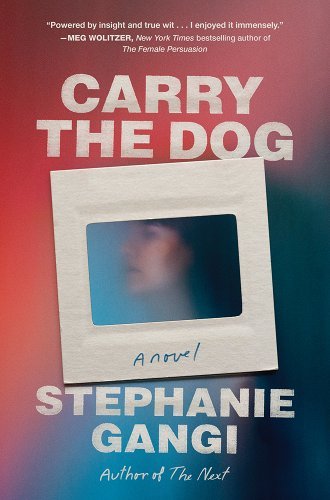 Lily Houston Smith is a critic and essayist based in Sunset Park, Brooklyn. Her writing has appeared in the Los Angeles Review of Books, The Rumpus, Vol.1 Brooklyn, Guernica Magazine, and other publications. Follow her on Twitter @Lily_H_Smith.