A Prophecy Becomes Real in “Something New Under the Sun”

Brian Evenson’s new collection of short stories, The Glassy, Burning Floor of Hell, is set in a not-so-distant future where the environment has unsurprisingly degraded even further than what we face now, as well as in fantasy worlds entirely unlike our own. No matter the setting, there is an ever-present sense that things are off. The air is poison, the people in charge are not what they seem, even one’s internal voice is deceptive.

In many of these stories, characters must be masked in order to survive. In “To Breathe the Air,” an inhabitant of a domed “lower” city awakes in the upper one where he must wear a mask in order to breathe. Startled to find himself maskless, he is informed that a permanent mask has been surgically implanted. “You are wearing it beneath your skin,” a citizen tells him. As residents from the lower city—referred to as ”guests”—are rarely if ever allowed in the upper one, he decides to use this chance of a lifetime to finish what his late father could not: to free the people from the lower city from external control.

The characters in The Glassy, Burning Floor of Hell are always on high alert and that comes with choices that aren’t always simple. In “Up for Air,” a man’s wife disappears, and alone in a town where he’s considered a suspect for her disappearance, and suffering a debilitating insomnia, he becomes increasingly paranoid. He finds himself trapped inside his house left with the choice of following the voices in his head urging him to find her or fighting to keep his head above water for just a little longer.

In the story “Curator,” a giant human-made poison cloud is killing everything in its path, while the last woman left on Earth must decide whether preserving human history is best for the world. Should she maintain the necessary materials and instructions on how to revive the human race, painstakingly compiled for future discovery by the last of humanity? Throughout the collection choices don’t always work out in favor of Evenson’s characters, but they are a reminder that because something is anxiety-provoking doesn’t mean one shouldn’t try to move forward in the face of a difficult –– or impossible –– situation.

Much like Dante’s layers of hell, the stories in The Glassy, Burning Floor of Hell tend toward making the readers feel trapped by the situations the characters are facing. These characters often end up back where they started, though their understanding of their situations can change drastically. Even though it can be enjoyable to be left wondering who lives and who dies or what is reality, at times the ambiguity begins to feel a bit predictable.

Sometimes the malleability of the truth works well. In the story “In Dreams,” a man has a second Siri-like consciousness implanted in his head, and both the reader and the narrator are unsure of whose perspective is really in control. This allows for a thought-provoking open-endedness, where neither the character nor the reader are ever entirely grounded in the story. The reader is left questioning the basis of reality itself, and the ways in which our perceptions craft the world around us.

There’s one subject in the collection that appears twice in the book. In the first story of the collection, “Leg,” a shapeshifting being masquerades as the prosthetic leg of an adventure-starved ship captain. Remorseless and with dubious motives, the entity helps the captain to take full control of her vessel, sending all aboard on a dangerous journey in which the leg has more invested than is initially revealed. Though this tactic works in other stories within the collection, in this circumstance it doesn’t feel particularly satisfying, reading like a fable with no moral conclusion to impart.

In the title story, which closes the collection, the captain and her sentient leg return to enter the dreams of a woman attending a convention at a nature lodge. The decision to place “Leg” first in the collection seems mostly in service of allowing it to reappear in the final story. Though the return of the shapeshifter/prosthetic leg is an enjoyable surprise, the collection would have been better served by starting with a more engaging story.

Normalcy in our times can on one hand look like a return to birthday parties and in-person classes, and on the other, radical change as a result of murders by the police, destabilized work environments, and overall racial, economic and environmental turmoil. The advent of COVID-19 has necessitated building barriers between us and the outside world, so there’s a special resonance with this book’s numerous domed city walls which separate the characters from what lies on the other side, be it toxic air, shimmering creatures, or freedom.

Reading is a way to experience things from a safe distance, and stories that expose one to horror can be a way to prepare ourselves to encounter new or rapidly changing situations. As we start venturing back out to restaurants and the company of our friends, many of us are trying to learn to breathe easy again even as variants abound and information changes swiftly. The Glassy, Burning Floor of Hell offers us short, though at times predictably repetitive, trips into the dark and unnerving areas in the world and in our minds, and in so doing offers readers a way to better manage moving through our own anxieties and uncertain world. 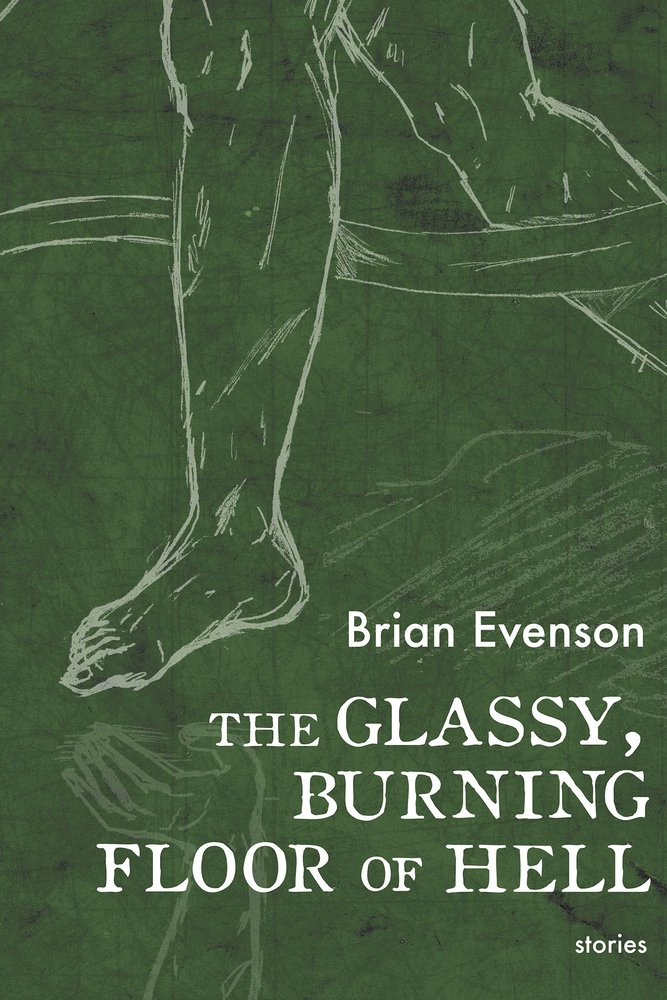 Georgie Fehringer received a BA in Creative Writing from The Evergreen State College. She is an MFA candidate and Iowa Arts Fellow at the University of Iowa’s Nonfiction Writing Program. Her writing has appeared or is forthcoming from The Black Warrior Review, TIMBER, and Entropy Magazine. She lives in Iowa City with her (very clumsy) cat Mushu. Contact her through her website GeorgieFehringer.com or on Instagram @GeorgieFehringer