If I could only have one book on my coffee table, it would be Chet’la Sebree’s Field Study, winner of the 2020 James Laughlin Award. Field Study skillfully synthesizes writing genres and resists general categorization, upending the conventions of poetry, memoir, and autoethnography with the author admitting that “some of the characters here are untrustworthy.” But it is the delightfully misleading simplicity of its form—clipped sentences threaded with quotes from writers such as Audre Lorde, evocative Tweets, and famous lines from movies like Mean Girls—which invite “casual” reading about topics that are anything but casual: interracial desire, misogynoir, racism, and infertility, to list only a few. The brief, fragmentary nature of the writing thwarts expectations of what the reading process will entail. This is a book that demands the verb form of its title. You must study it, there is simply no other way to engage.

Field Study is full of unexpected starts and stops. If you’re not paying careful attention to the velocity, a sentence may resonate poignantly—“I can’t figure out the line between love and / want, need and desire,” she remarks—and then offer a rhyming punch to the stomach in the next—“But it’s fishing-line thin, made of polyethylene / fiber.” Turn to any page and Sebree makes it sing, the language arranged in episodic, lyrical bursts: “Twenty-three-year-old me lived in her body,” says the speaker, invoking how many young women, especially women of color, feel distanced, even disassociated, from their own physical form. She builds on this theme in subsequent pages: “The twenty-three in me is a whisper,” which could be Sebree writing in the present moment as much as it could be her memory of herself in the past. She then slides into a final assessment that “The twenty-three in me is a shout.” The nuanced repetition of this phrase underscores the goal of Field Study’s eponymous title: for Sebree to “figure out the line…between need and desire” and subsequently figure out herself.

In an interview about her book Girlhood in The Rumpus, Melissa Febos said: “every memoirist has to make themselves a scholar of their own experience.” Sebree dials this up a notch by including not just her observations but also her questions. She asks: “Were white men my kink?” in relation to her complicated desire for former partners. Her investigation is nonlinear and discursive, and she explores the landscape of interracial desire with the timely exactitude of an anthropologist and the discriminating eye of a historian. One of her touchpoints is the highly-acclaimed TV show Scandal, which depicts several interracial relationships of the main protagonist, Kerry Washington’s Olivia Pope:

“You’re intrigued by the representation of
interracial desire, the Black woman said.

This segment reads like a confession, with Sebree admitting that “yes” she did indeed watch Scandal “until its bitter, loose / end,” only for it to turn into a tale of a haunting that accumulated questions over the years. How does one write about a form of desire that is, at best, woefully misunderstood and understudied, and at worst, reinforces harmful stereotypes concerning the sexuality and desires of Black women? Indeed, the “thrill” of the unequal power dynamics often dominate such depictions. Sebree eschews walking this biased tightrope by breaking it into digestible yet searing pieces:

“With a white man, I worry, if I will be seen
as Hottentot Venus hired for in-home viewing.”


“It felt good to be desired by you, by the other
white men whose desire had been packaged
for me on television.”

Sebree excavates the roots of interracial desire and examines them piece by piece, in, as she says, “a mess of genres – for which there are no / nouns of assembly.” Her precise, aphoristic sentences have been compared to the formalistic techniques of Claudia Rankine, Maggie Nelson, and Jenny Offill, and the multitude of voices wax and wane and riff on each other like a jazz ensemble. Sebree’s former white partner might be the catalyst for her study of interracial desire, but the gathering of her sources is dominated by an extraordinary group of real and fictional Black women. After all, it is the anonymous Black woman’s comment about how “she’s intrigued by the representation of interracial desire” that disturbs her still.

And I cannot be your coalmine canary,
Cannot tell you which man will be true.”

The Past that Brings Us Forward in “The Orchard”

In this poem, Hemings refuses to be a “coalmine canary” in the uncertain and oftentimes treacherous landscape of interracial desire; she also woefully alludes to her moniker of “African Venus.” In Field Study, Sebree’s speaker worries about being labeled as a “Hottentot Venus” given how fetishizied the notion of muse is in the white Eurocentric male tradition. Field Study is not so much a gathering of muses but a coming together of anti-muses who push against the sexist and racist legacy the term “muse” carries, particularly in the vein of interracial relationships. Sebree joins many Black women who wonder if their desire for a white man means they are somehow betraying themselves and/or their community. “I’ve wondered about being too tart, if I’d be a / disappointment to some of my ancestors,” she reflects. But the chorus of diverse Black female voices in Field Study offer insightful context on these relationships and their fraught appeal.

In the spirit of her past poems about Hemings, Sebree channels one of these Black female voices in the portrayal of her 23-year-old self. Her anti-muse is a brilliant yet insecure young woman who invested every fiber of her being into her former partner, a white man who eventually abandons her for someone else. This man surviving the daily humdrum of life can not ever compare to how she navigates a world rigged by misogynoir. Sebree loves her younger iteration retroactively: “I am beautiful. I am complete. I love the twenty-three in me, down to my / pigeon-toed feet. / But I didn’t then.” The anti-muses find traction with historical figures like Sally Hemings, culminating in Field Study when the present speaker addresses her past self. The men do not ultimately inspire this art: it is the community of women who embolden each other to discover themselves.

We don’t ever see a completed sketch of the man in Field Study, and Sebree’s intermittent withholding is what makes this book so powerful. From his piecemeal presence a far more compelling portrait takes over: one of Sebree and the anti-muses she calls on to usher in new narratives about the dynamics of interracial desire. These are not delicate, objectified muses placed on a pedestal; in fact, they destroy the idealization and romanticization of the one-way gaze. Sebree busts the myth that Black women rarely transcend their desire for white men, concluding her study with, “I hope you never read this / I hope you do / In the failing light of summer, forgive me. I’ve cannibalized you.” The most ravenous documentarian of movements and utterances, Sebree pairs the act of creation—conducting a field study—and the act of destruction—cannibalizing her white male subject—as one and the same. Through open, flexible language, and a speaker who simultaneously demurs and delights in her appetites, Sebree has penned a portrait of ongoing discovery and reclamation. 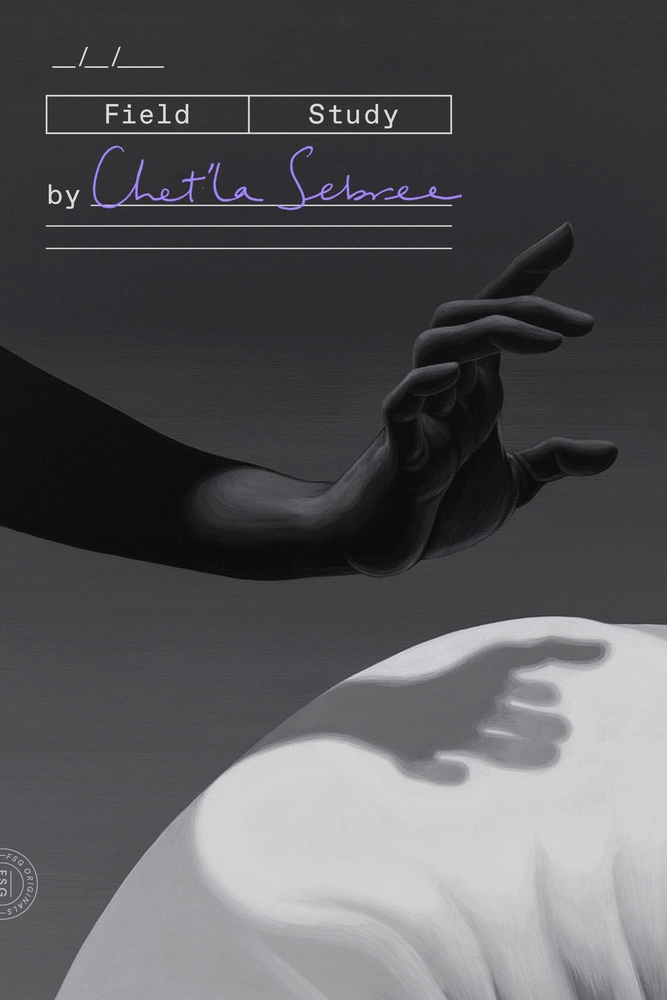 Laura Evers is a PhD student at Washington University in St. Louis. Born in Cincinnati, she now calls Cleveland home. She serves as an Editorial Assistant for RHINO, a poetry journal based in Chicago, and helps edit the Poetry for All podcast hosted by Abram Van Engen and Joanne Diaz. Her work has appeared in Postscript Magazine, Overheard Literary Magazine, Whale Road Review, The Rumpus, and the Cleveland Review of Books.