Separation and Belonging in “Bride of the Sea”

“My mother is forgetting, and there is nothing I can do about it. There is no way to make her remember the things she has done in the past, no way to baste her in guilt.” With this, we are thrust into the cruel, callous, complicated world of Avni Doshi’s Burnt Sugar, a world where past traumas must be pushed aside, put off, only to surface again. While the premise is simple—a fraught mother-daughter relationship turned on its head due to aging—the reality is far more complicated. With a tightly controlled narrative voice and careful use of flashbacks, Doshi presents the result of unpacked generational trauma. Uncertainty, instability, chaos.

Antara and Tara are a daughter and mother navigating a new phase of life as Tara starts losing her current sense of self and her past memories. Antara plunges herself into medical research and prepares her home for her mother’s arrival. Her husband is baffled by this choice, even knowing just the surface of the mother-daughter history. Readers are slowly plunged into this past which includes a cult-like ashram, begging on street corners, transient relationships and boarding school. Antara’s care changes hands over and over, though she is never truly in her mother’s care. As Antara reaches adulthood, we see how the choices she makes ring all too familiar, and as more people become involved in this mother-daughter conflict, all the more terrifying.

Doshi’s choice to center Antara in this narrative brings us face to face with her memories and worldview, both of which have been warped irreparably by trauma. The prose is calculated and focused on mundane details and introspection. There is little to no sentimentality and an undercurrent of paranoia which makes for at times a deeply uncomfortable read. Even in the most melodramatic moments, there is a coldness and detachment:

“Maybe there was something more she [Tara] was after–maybe she wanted this home to disappear, my marital home, the one that keeps me away, the only place where I am safe. Maybe she hoped to incinerate my marriage. Maybe my life.”

Antara turns to art as an adult, and her magnum opus is a series of drawings starting from a photograph and attempting each day to copy the likeness. As time goes on, the drawings drift from their source material and take a shape all their own. Impermanence of memory affects not only Tara in her apparent cognitive decline, but Antara herself, frequently contradicted by her own recollections. What actually happened in the past? Do the others feel how she thinks they feel? This realization might be dizzying for readers, knowing what is perceived may not be true. For Antara, it’s nearly catastrophic, especially once she gives birth to her own daughter, and the readers glimpse the beginnings of new generational trauma.

“I am tired of this baby,” she says at one point, and at once the reader worries what will become of this new daughter, the perpetuation of a seemingly endless cycle.

What Doshi presents is no simple mother-daughter conflict. It is a voyeuristic journey into alternative living and religious fervor. It is the emptiness of middle-class existence and perfunctory friendships. It is a marriage void of true intimacy, motherhood brought about for the wrong reasons. It is all of these things and more. This is a layered, descriptive, at times distasteful novel that brings us face to face with our own darker impulses and deep-seated traumas. Antara, though a victim in many ways, abuses others, which can make readers struggle to understand her. Doshi’s novel is a warning of what can arise when the past is not unearthed, not shared, and healing hasn’t begun. This is a book worthy of respect and admiration, and deserving of its place on the Booker Prize shortlist. It can be hard to love a book when the characters are stingy with love and affection and forthcoming with long-held loathing. But as a contained, haunting narrative, the book excels.

“I would be lying if I said my mother’s misery has never given me pleasure,” the novel begins.

Despite the shock and visceral disgust I felt in reaction to some of the book’s twists and turns, I would be lying if I said the misery in this book, particularly experienced by its characters, did not give me a small, twisted pleasure. 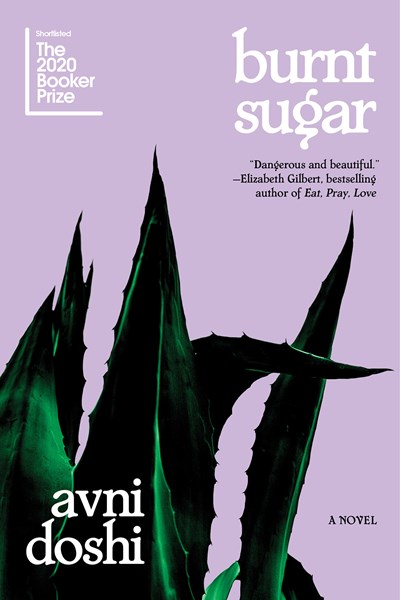