Abby Geni’s extraordinary debut novel, The Lightkeepers, was one of the first books we covered at the Chicago Review of Books and the winner of our inaugural fiction award. Geni’s new novel, The Wildlands, is a literary thriller even more compelling than her first.

After a tornado destroys their small Oklahoma town and leaves them orphans, the two oldest McCloud siblings disagree on how to survive, while brother Tucker leaves his sisters. Three years later, Tucker returns as an eco-terrorist, and takes his youngest sister Cora on a journey of revenge. As Tucker’s actions get more violent, nine-year-old Cora’s safety is threatened. The Wildlands is a gorgeous, timely meditation on nature, disasters, and isolation. This astonishing and beautiful novel is one of my favorite books of the year.

I recently interviewed Abby Geni via email to talk about ecoterrorism, tornadoes, and happy endings. 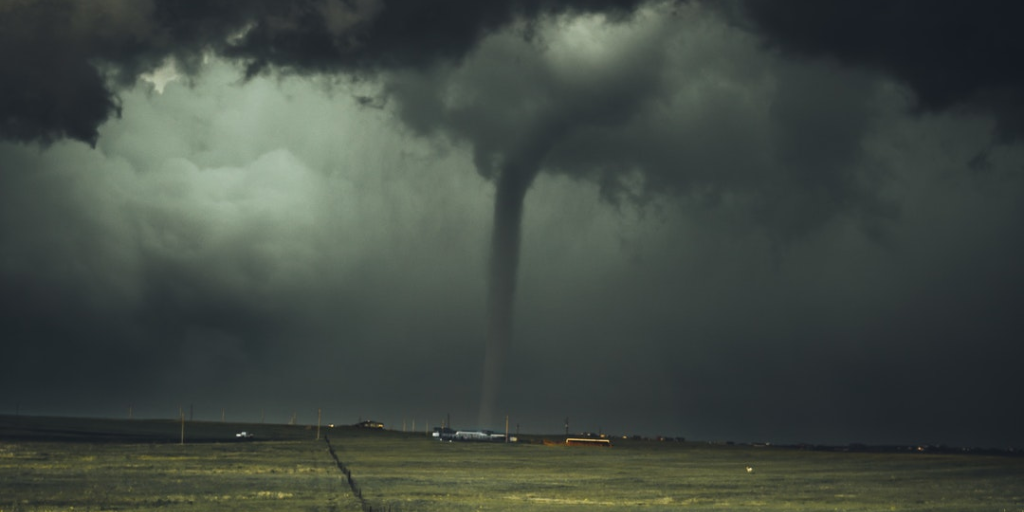 I’ve always been fascinated by eco-terrorism and loved seeing it play out in fiction. How did you come up with the concept of this novel?

There’s something iconic about a crime spree. So many landmark movies follow the pattern of a twosome traveling down a spiral into darkness: Bonnie and Clyde, Badlands, Thelma and Louise. There’s a wicked wish fulfillment in watching people stray outside the bounds of normalcy and morality, people who value one another more than anything else, their connection heightened by the danger and intensity of their circumstances. You want them to be caught, but you also want them to get away with it.

I began The Wildlands with this idea: a twosome on a crime spree. But I didn’t want to explore romantic love or even friendship; those stories have already been told. I wanted to write about siblings. The relationship between siblings—its power and effect—often goes unexamined. Then I began to wonder what a crime spree would be like for a child. How would it shape her mind? How would it alter her identity? What kind of person would she be afterward? That led me to Cora, and soon after, Tucker.

The final piece of the puzzle was ecoterrorism. I wanted to write about a kind of criminal activity I could relate to—not robbery, definitely not thrill killings. In The Wildlands, Tucker is an arsonist, a bomber, and a vigilante. He does things I would never do, but his motives make complete sense to me. He sees what is happening to our planet—what human beings are doing to our planet—as a violent assault. He believes he’s responding with proportional violence. I don’t intend to start blowing up buildings, but I share Tucker’s sense of helplessness and rage. The sixth mass extinction of life on Earth is happening right now, and it’s an emergency.

The tornado changes and shapes who the McCloud siblings become. Out of everything that could’ve killed their father, why a tornado?

Oddly enough, I often dream about tornadoes. I have a genetic condition that affects my joints and causes chronic pain. For whatever reason, my subconscious manifests this kind of pain as tornadoes. Sometimes they’re tiny, the size of thimbles, spinning on my skin and tearing away at my nerves. Sometimes the sky is full of dozens of huge funnel clouds jostling for position. I always figured I’d write about them one day.

Then, in 2013, an EF5 tornado struck the town in Oklahoma where my husband’s family lives. My husband and I are Chicagoans, and we didn’t know anything about the storm until we started getting texts on his family’s group thread, saying things like “Are y’all in the shelter yet?” and “It’s moving toward the school.” We were all frantically texting one another until the whole thing was over, making sure that everyone was safe and the kids were accounted for. It was terrifying, and it left its mark on all of us.

In The Lightkeepers the setting itself is almost a character. In this novel that’s not as true and yet the landscape is so vivid and alive. Was there much research involved in getting the feel of these places right?

Oh, yes. I’m a research junkie. For The Lightkeepers I read everything from The Farallon Islands: Sentinels of the Golden Gate by Peter White to Octopus and Squid: the Soft Intelligence by Jacques Cousteau. For The Wildlands, I learned about the history of Oklahoma, its flora and fauna, its climate and culture. And, of course, I’ve spent a lot of time with my husband’s family, who welcomed me into their wonderful homeland.

In general, I think some writers underestimate the importance of setting. They see it as the backdrop behind the action, out of focus, inessential. For me, though, the question of place comes before anything else. What season is it? What is the weather? How much light? What does the air smell like? Are the characters comfortable or uncomfortable? Are they physically safe or at risk? Are their surroundings familiar or unfamiliar? Write a scene between two characters in a cozy living room, then write the exact same interaction on a mountaintop in lashing rain. Setting affects everything. Setting can heighten the tension, inform the characters, even change the plot. The Lightkeepers couldn’t take place anywhere other than the Farallon Islands. And The Wildlands had to take place in Oklahoma.

Tucker is such an interesting character and I enjoyed seeing his actions from both the eyes of a child (Cora) and a responsible adult (Darlene). Was one of those perspectives easier to write in terms of how you yourself feel about his actions?

Oh, Cora. Definitely Cora. Her sections are in first person, whereas Darlene’s are in third person, and that’s not a coincidence—I feel closer to Cora. She’s an unreliable narrator, and I think I’m something of an unreliable narrator in my own life. I’m permeable; I soak up other people’s moods like a sponge. But Darlene is so certain, so solid. I’m not like that at all.

Then there’s Tucker, a manipulative charmer. Cora falls under his spell, goes on the run with him, joins his crusade. But Darlene never for one second succumbs to Tucker’s charisma. I wanted that counterpoint—vulnerable Cora, invulnerable Darlene—to make sure the book was balanced. But it was always easier for me to inhabit Cora, to see Tucker through her eyes, to fall partway under his spell myself.

There are so many questions I’d ask if I didn’t care about ruining the plot for potential readers! In short, I thought the ending was pretty perfect. In your opinion what makes a good ending?

Honestly, though, I think endings should be happy. Not necessarily for the characters, but for the reader. A book can break your heart, challenge your worldview, take you to unexpected places—some of the characters might die—you might throw the book against the wall a couple times—but the ending should leave you satisfied. There’s enough tragedy in the real world. Stories should have happy endings. 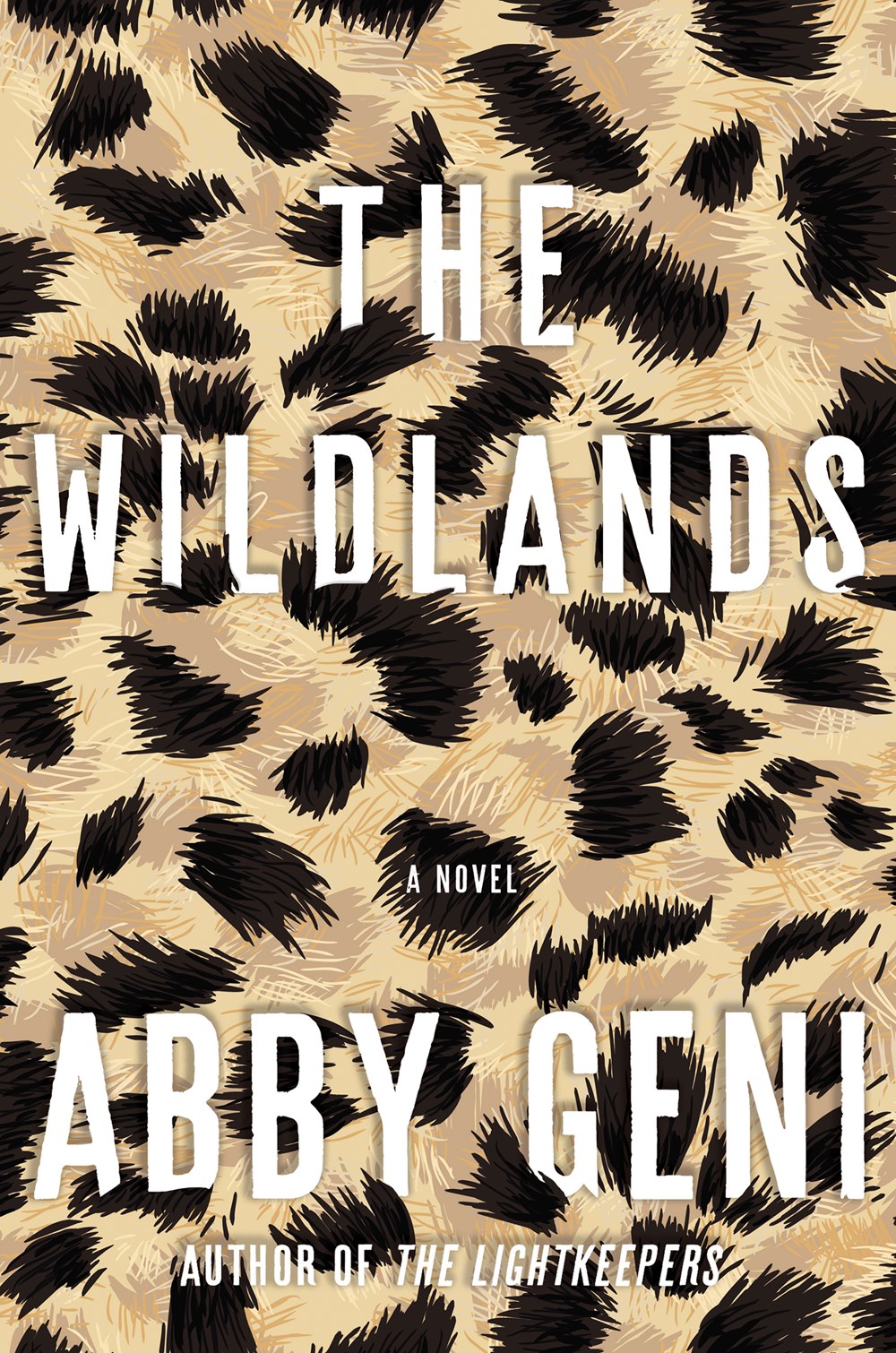 Abby Geni is the author of The Lightkeepers, winner of the 2016 Barnes & Noble Discover Great New Writers Award for Fiction and the inaugural Chicago Review of Books Award for Best Fiction, as well as The Last Animal, an Indies Introduce Debut Writers Selection and a finalist for the Orion Book Award. Geni is a graduate of the Iowa Writers’ Workshop and a recipient of the Iowa Fellowship.