‘The Defender’ Will Change the Way You See Chicago

The Islands of the Dead—“bare, bald, and broken”—are ripe with mystery, musk, and blood in Abbi Geni‘s debut novel, The Lightkeepers. A small but harsh wilderness, the islands are home to great white sharks, whales, seals, birds, mice, and six eccentric biologists living beneath a 150-year-old lighthouse.

When a nature photographer, Miranda, arrives for a year-long stint to capture the local wildlife, she’s stunned by the surreal nature of the place. “I am half-convinced the islands are not rooted at all,” she says, “but move around whenever my back is turned, taking up brand-new positions elsewhere.”

The Lightkeepers is similarly chimeric, constantly shifting from mystery to travelogue to natural horror and beyond. For the first one hundred pages, Geni is content to build tension and atmosphere through pure, distilled prose, forgoing any direct attempts to kickstart the plot. And then, violence. In the end, Geni’s transcendent novel is as merciless, strange, and coldly beautiful as the islands she describes.

Thanks to their otherworldly nature, it’s easy to think the Islands of the Dead a figment of Geni’s imagination. But the Farallon Islands are a very real archipelago thirty miles off the coast of San Francisco. “There were no sandy beaches. The shores were streaked with seaweed, the peaks fragmented and craggy,” Miranda says, and judging from Devil’s Teeth, a journalist’s real-life account of the islands in 2006, they are as inhospitable to human life as an alien planet.

Miranda is a bit of an island herself, unmoored from family or friends thanks to a nature photographer’s nomadic lifestyle. She exchanges postcards with her father, usually just one or two words. She writes letters to her mother—who never receives them, having died when Miranda was young. Miranda used to put them in the mail, addressed simply to “Mom,” but in recent years she’s gotten more creative. “While hiking in the mountains, I have folded my messages into origami flowers, hanging them in the trees.”

The Farallon Islands, however, are a crucible of human and animal intimacy. Miranda’s aloofness is challenged by the constant din of elephant seals and storm petrels, by the recurring violence of shark kills, and by the cramped, 19th-century living arrangements she shares with six scientists. Before long, her curiosity is spiked. The islands are soaked with secrets.

From the book’s back matter and other reviews, which use words like “murder mystery” and “ghost story,” it should come as no surprise that people die. But readers expecting a traditional representation of those genres will be disappointed. There is plenty of mystery, and perhaps a ghost, but The Lightkeepers contains neither the linear, streamlined plot of the former, nor the Victorian, squeaky-door antics of the latter.

Further, the ubiquitous comparisons to The Lovely Bones are misleading at best, lazy at worst, as was the case with Scott Blackwood’s See How Small last winter. There are no scenes in heaven or Hollywood endings. The Lightkeepers is a haunting, brutal, rain- and blood-soaked story of humans at the mercy of nature. Miranda doesn’t seek divine justice for the violence she endures, she seeks a deeper connection with the islands than she’s able to find among people. The same islands that are intent on killing her.

It’s not the first time Abby Geni—a graduate of the Iowa Writers’ Workshop who lives in Chicago and teaches at the School of the Art Institute—has explored the natural world through her fiction. Her debut collection of short stories in 2013, The Last Animal, also tackled the connections between humankind and the rest of the animal kingdom. Both books beg comparisons between human and animal intelligence, in our capacities for intellectual and emotional experience. Like the biologists in her stories, Geni’s fiction implies the differences may be in kind rather than degree.

With The Lightkeepers, Geni joins the ranks of Barbara Kingsolver and Annie Proulx—novelists for whom nature is a driving narrative force instead of a backdrop. However, Geni’s debut is a few shades darker than Prodigal Summer or Close Range, and instead of Kingsolver and Proulx’s architectural prose, Geni writes in small, perfect sentences stripped of ornamentation, often single clauses. It’s a beautiful effect; pages pass quickly and effortlessly. By the novel’s end, you’ll crave another journey with Geni to some other wild, forgotten corner of the globe.

Note to our Chicago readers: To celebrate the release of The Lightkeepers, Abby Geni will be speaking and reading at several events in the Chicago area in February, March, and April. 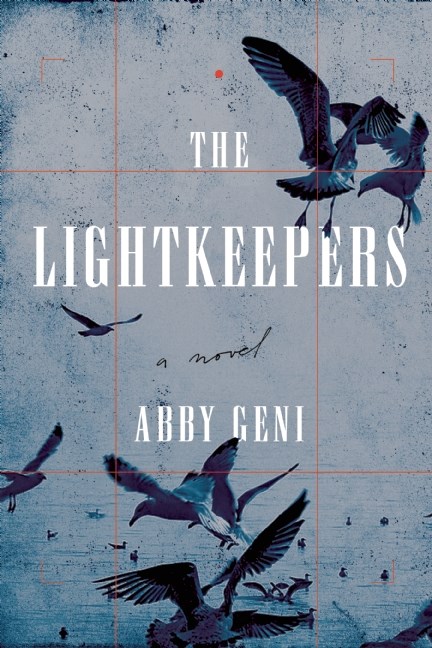