Samantha Hunt’s Debut ‘The Seas’ Is Absolutely Worth Another Look

The year is only half finished, but it’s already given us a bunch of great books about the natural world. Here’s a list of my favorites so far. Some explore the lives and ecosystems of specific plants or animal species, while others offer something a bit more experimental, combining memoir and poetry with first-hand observations of nature. There are even a few new collections of classic nature writers for you to enjoy. What they all share is excellent writing and fascinating insights into the natural world. 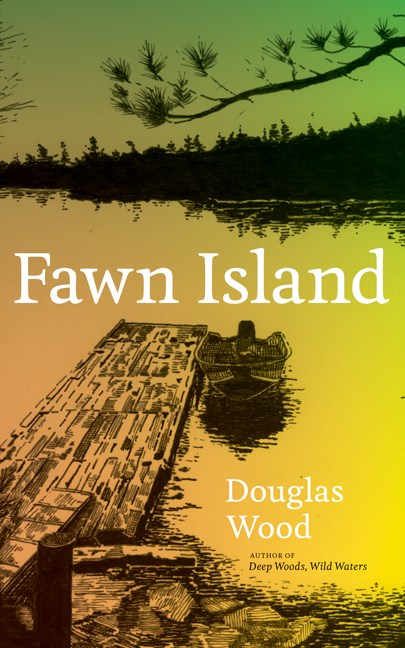 If you loved Walden’s Pond, you’ll love this meditative journey into the North Woods.

From University of Minnesota Press: “For Wood, Fawn Island is not merely a charming wilderness hideaway; it is the entry to realms of thought and meaning as well. From its pine-clad shores he probes for insights into the nature of neighborliness and independence, of community and solitude. Out of an ancient Ojibwe legend comes an exploration of personal loss and life after death… From beneath the ascending trunks of pines comes an inquiry into the principles of optimism and, finally, a personal response to the eternal question: Is the universe a friendly place?” 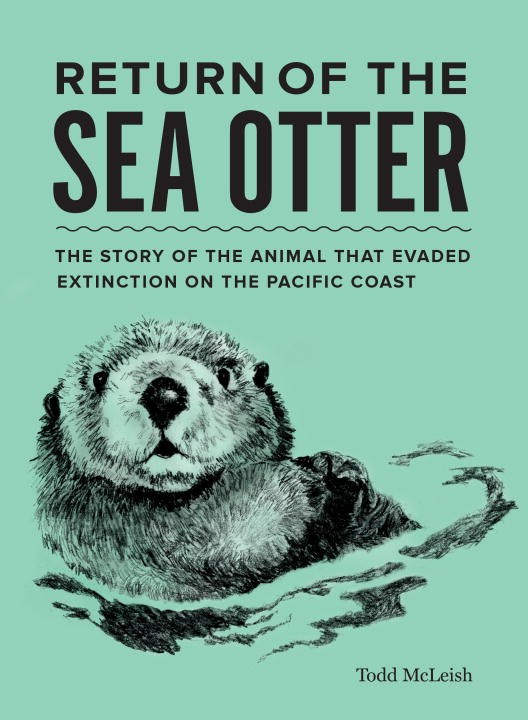 Return of the Sea Otter
The Story of the Animal That Evaded Extinction on the Pacific Coast
by Todd McLeish
Sasquatch Books
March 20, 2018

Otters are more than cute–they’e a keystone species for many coastal ecosystems. This delightful book gives us an up-close and fascinating look into the lives and history of the animals.

From Sasquatch Books: “Once hunted for their prized fur during the 1700s and 1800s, these animals nearly went extinct. Only now, nearly a century after hunting ceased, are populations showing stable growth in some places. Sea otters are a keystone species in coastal areas, feeding on sea urchins, clams, crab, and other crustaceans…. Thanks to their protected status, sea otters are making a comeback in California, Washington, and Alaska.” 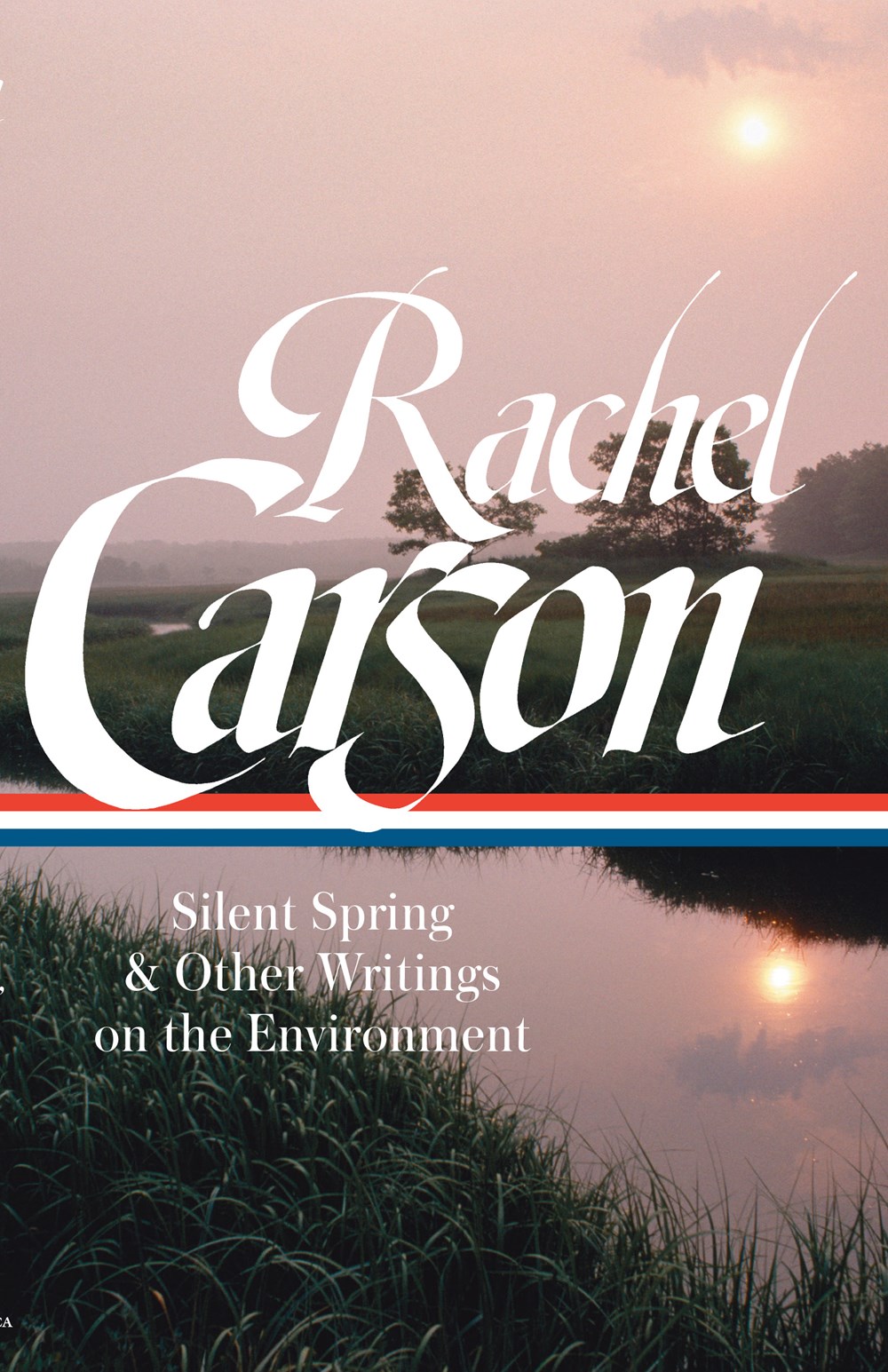 Rachel Carson: Silent Spring & Other Writings on the Environment
by Rachel Carson and edited by Sandra Steingraber
Library of America
March 27, 2018

Some say Rachel Carson almost single-handedly launched the modern environmentalist movement with Silent Spring. This Library of America collection brings that groundbreaking work together with her writings to reassert just how influential she was. A vital collection for any environmentalist.

From Library of America: “This deluxe Library of America volume presents one of the landmark books of the twentieth century together with rare letters, speeches, and other writings that reveal the personal courage and passionate commitment of its author, Rachel Carson. A huge bestseller when published in September 1962, Silent Spring led not only to many of the laws and government agencies that protect our air, land, and water, but prompted a revolution in environmental consciousness. Now for the first time, in previously unpublished and newly collected letters to biochemists, ecologists, cancer specialists, ornithologists, and other experts, Carson’s groundbreaking expose of the unintended consequences of pesticide use comes together piece-by-piece, like a puzzle or detective story.” 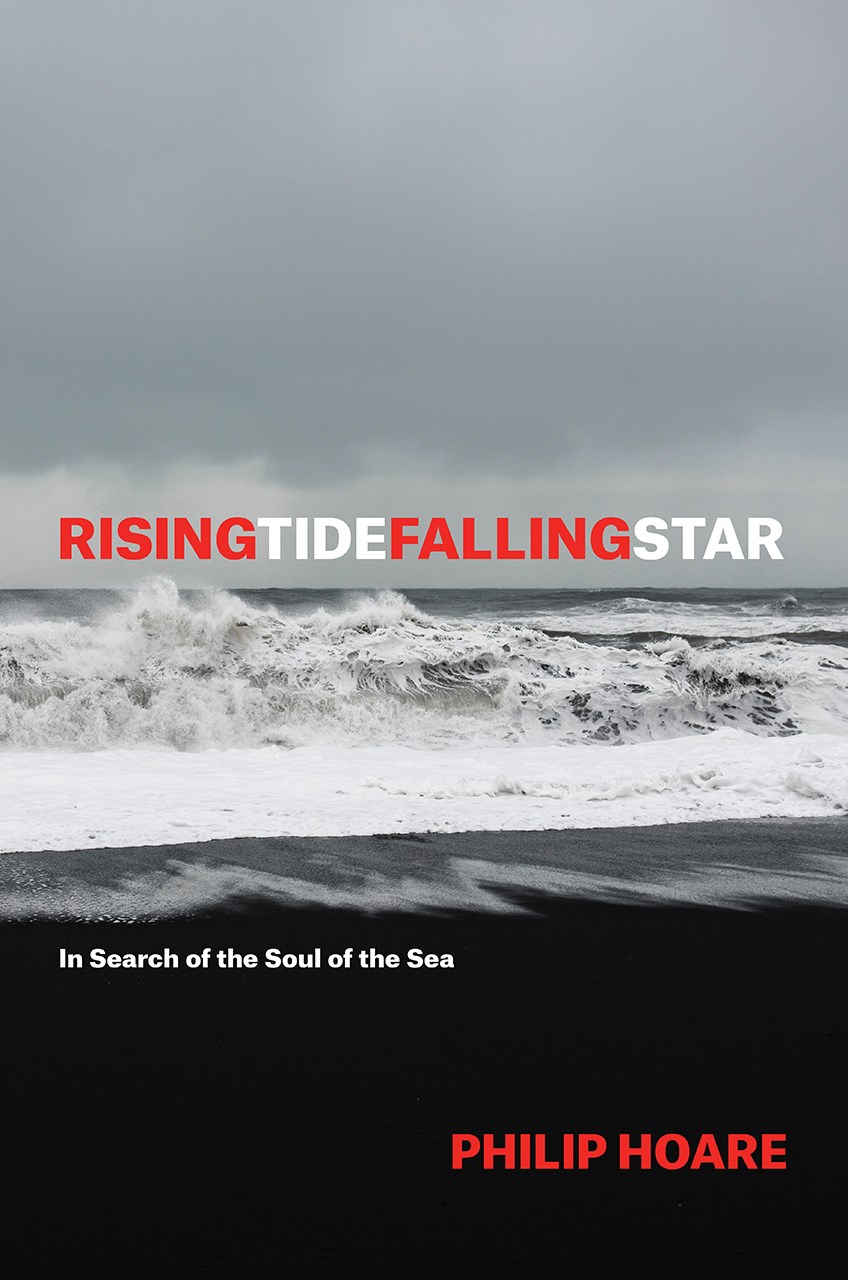 RISINGTIDEFALLINGSTAR
In Search of the Soul of the Sea
by Philip Hoare
University of Chicago Press
April 2, 2018

Hoare’s prose reads like the sea itself: It rushes at you quickly, peaks and then falls away. Only to do it again and again. An experimental masterpiece.

From the University of Chicago Press: “Many of us visit the sea. Admire it. Even profess to love it. But very few of us live it. Philip Hoare does. He swims in the sea every day, either off the coast of his native Southampton or his adopted Cape Cod. He watches its daily and seasonal changes. He collects and communes with the wrack—both dead and never living—that it throws up on the shingle. He thinks with, at, through the sea.” 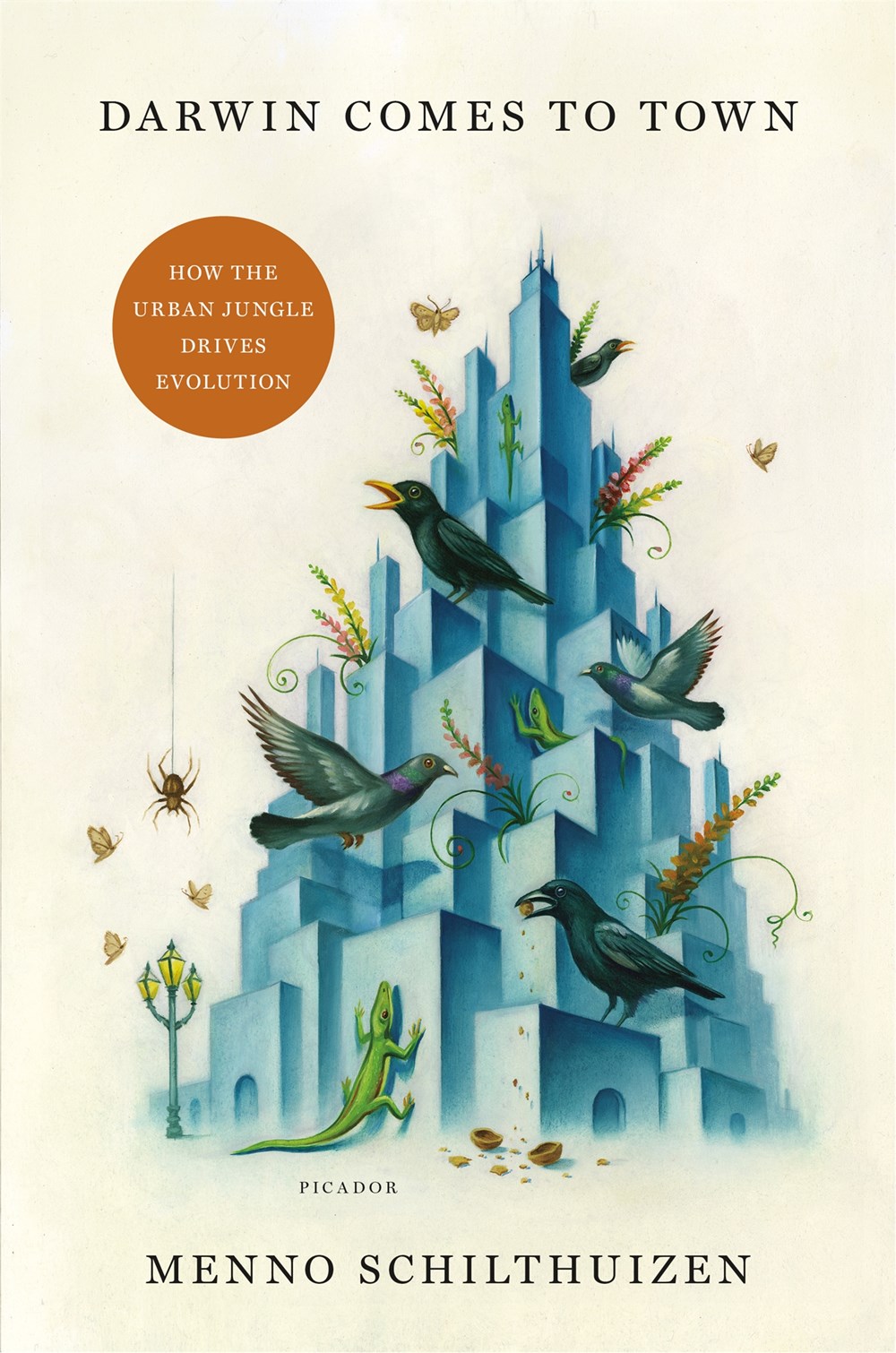 This fascinating look at the confluence of nature and city-life will open your eyes to all the ways that humans have altered the natural world.

From Picador: “For a long time, biologists thought evolution was a necessarily slow process, too incremental to be observed in a lifetime. But recently, we have come to understand that evolution can happen very quickly, and in the strangest of places: the heart of the city. Evolutionary biologist Menno Schilthuizen is one of a growing number of “urban ecologists” studying how manmade environments are accelerating the evolution of animals and plants. In Darwin Comes to Town, he shows just how flexible and swift natural selection can be.” 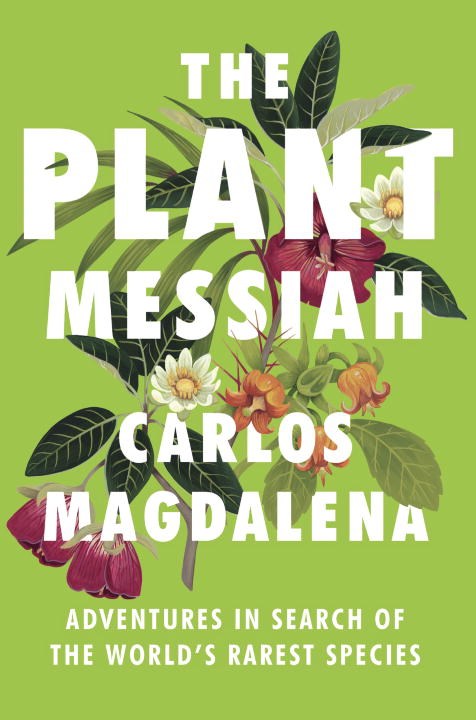 The Plant Messiah
Adventures in Search of the World’s Rarest Species
by Carlos Magdalena
Doubleday
April 10, 2018

This book about Magdalena’s hunt for an endangered plant is as much about the wild places (like the Amazon) he journeys through.

From Doubleday: “Carlos Magdalena is not your average horticulturist. He’s a man on a mission to save the world’s most endangered plants. First captivated by the flora of his native Spain, he has traveled to the remotest parts of the globe in search of exotic species. Renowned for his pioneering work, he has committed his life to protecting plants from man-made ecological destruction and thieves hunting for wealthy collectors. In The Plant Messiah, Magdalena takes readers from the Amazon to the jungles of Mauritius to deep within the Australian Outback in search of the rare and the vulnerable.” 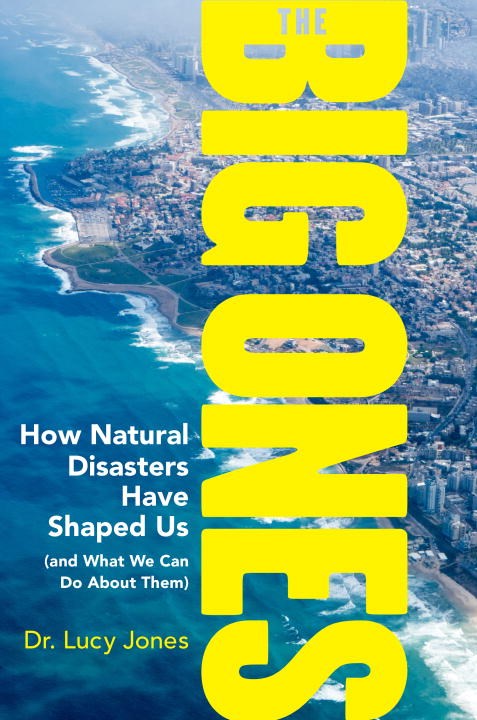 The Big Ones
How Natural Disasters Have Shaped Us (and What We Can Do About Them)
by Lucy Jones
Doubleday
April 17, 2018

This incredible book by leading seismologist Dr. Lucy Jones shows just how influential natural disasters are on life as we know it.

From Doubleday: “Earthquakes, floods, tsunamis, hurricanes, volcanoes—they stem from the same forces that give our planet life. Earthquakes give us natural springs; volcanoes produce fertile soil. It is only when these forces exceed our ability to withstand them that they become disasters. Together they have shaped our cities and their architecture; elevated leaders and toppled governments; influenced the way we think, feel, fight, unite, and pray. The history of natural disasters is a history of ourselves.” 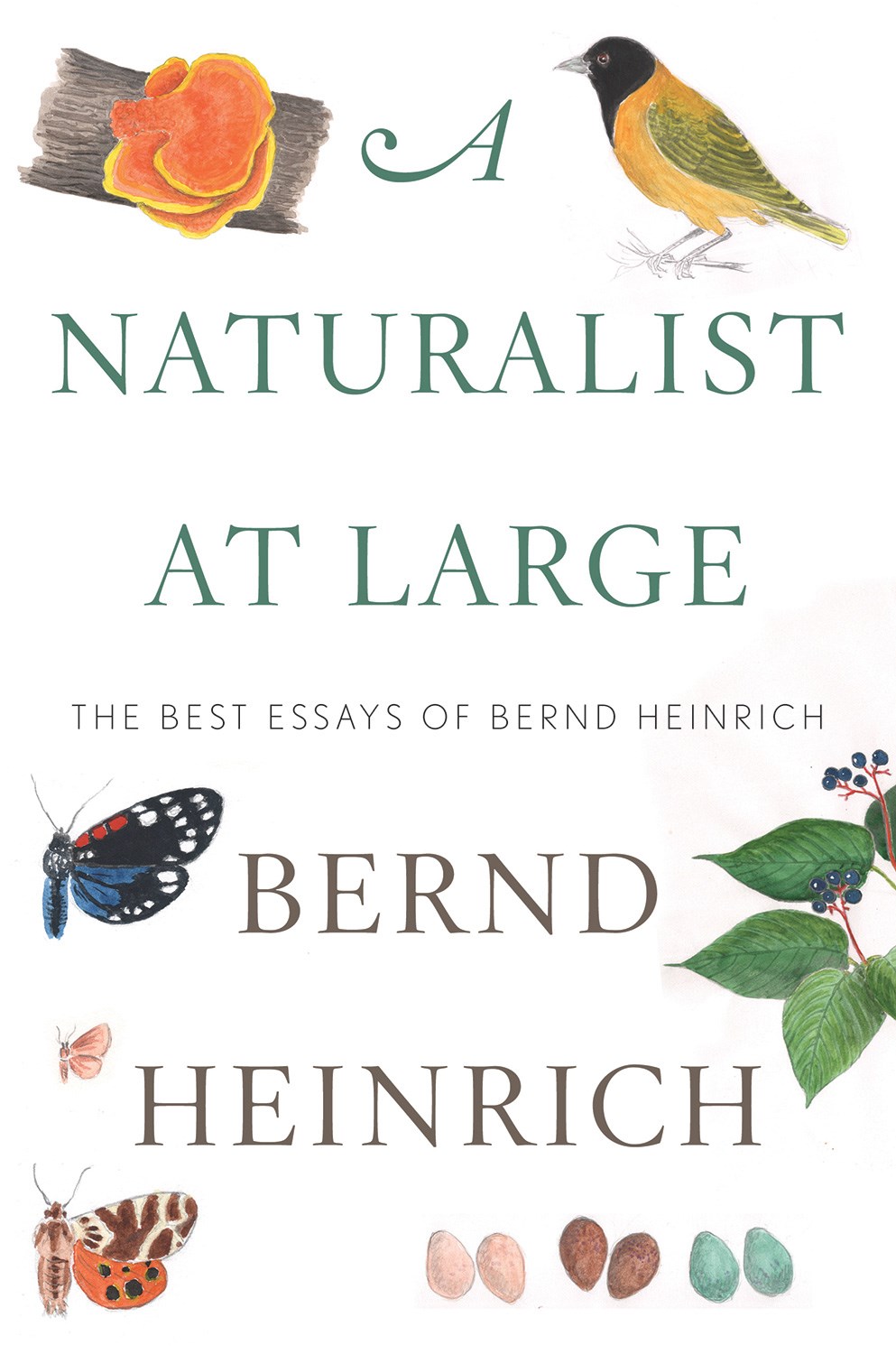 This collection proves why Heinrich is considered one of the world’s finest nature writers.

From Houghton Mifflin Harcourt: “In essays that span several decades, Heinrich finds himself at home in Maine, where he plays host to visitors from Europe (the cluster flies) and more welcome guests from Asia (ladybugs); and as far away as Botswana, where he unravels the far-reaching ecological consequences of elephants’ bruising treatment of mopane trees. The many fascinating discoveries in Naturalist at Large include the maple sap harvesting habits of red squirrels, and the “instant” flower-opening in the yellow iris as a way of ensuring potent pollination.” 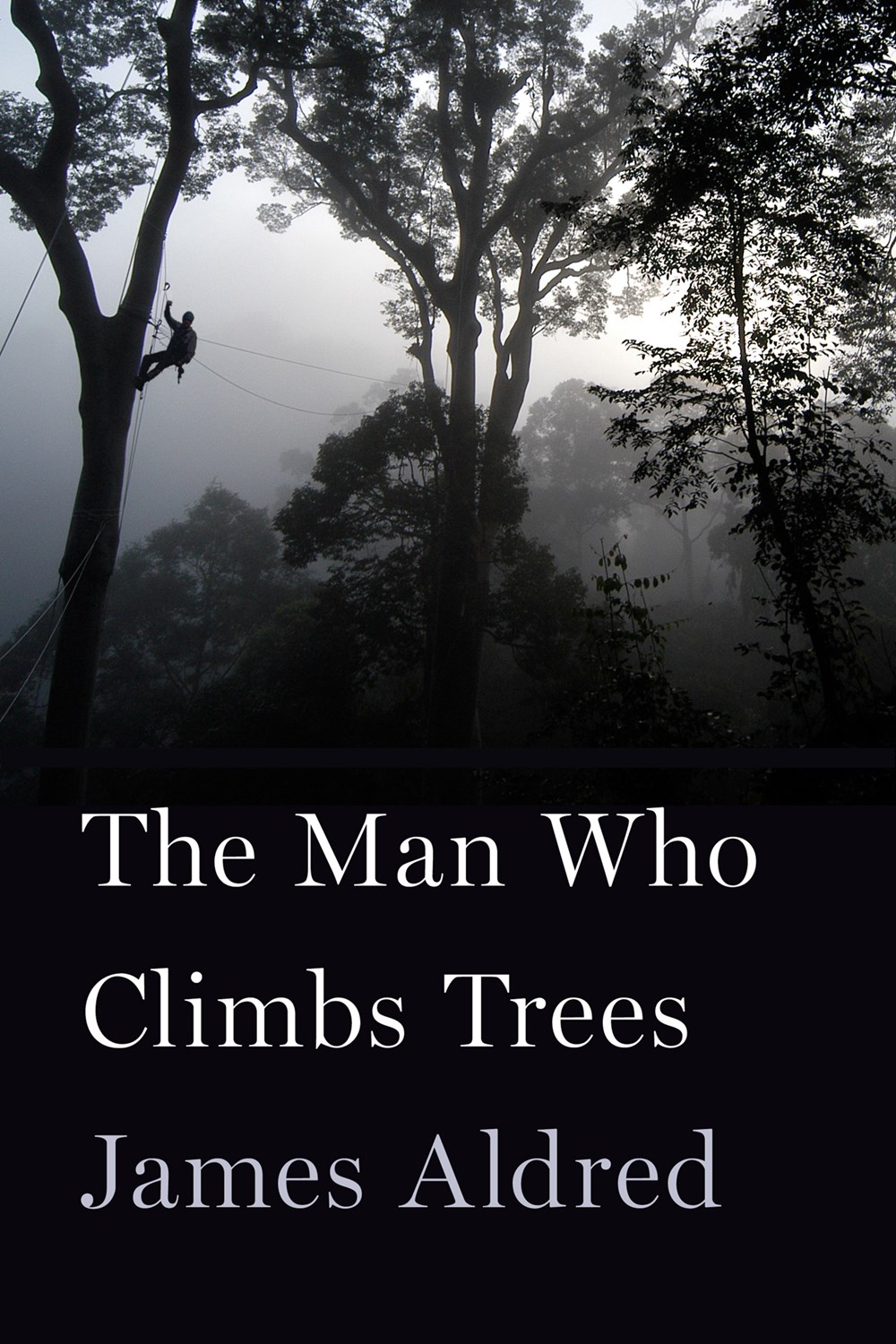 The Man Who Climbs Trees
by James Aldred
Houghton Mifflin Harcourt
May 22, 2018

If you’ve ever watched a nature show on television and wished you could get as close as the person running the camera, then this book is for you. Thoughtful and fascinating, Aldred’s account of climbing trees to capture nature’s most interesting moments is a great read.

From Houghton Mifflin Harcourt: “As a wildlife cameraman for the BBC and National Geographic, James Aldred spends his working life high up in trees, poised to capture key moments in the lives of wild animals and birds. Aldred’s climbs take him to the most incredible and majestic trees in existence.” 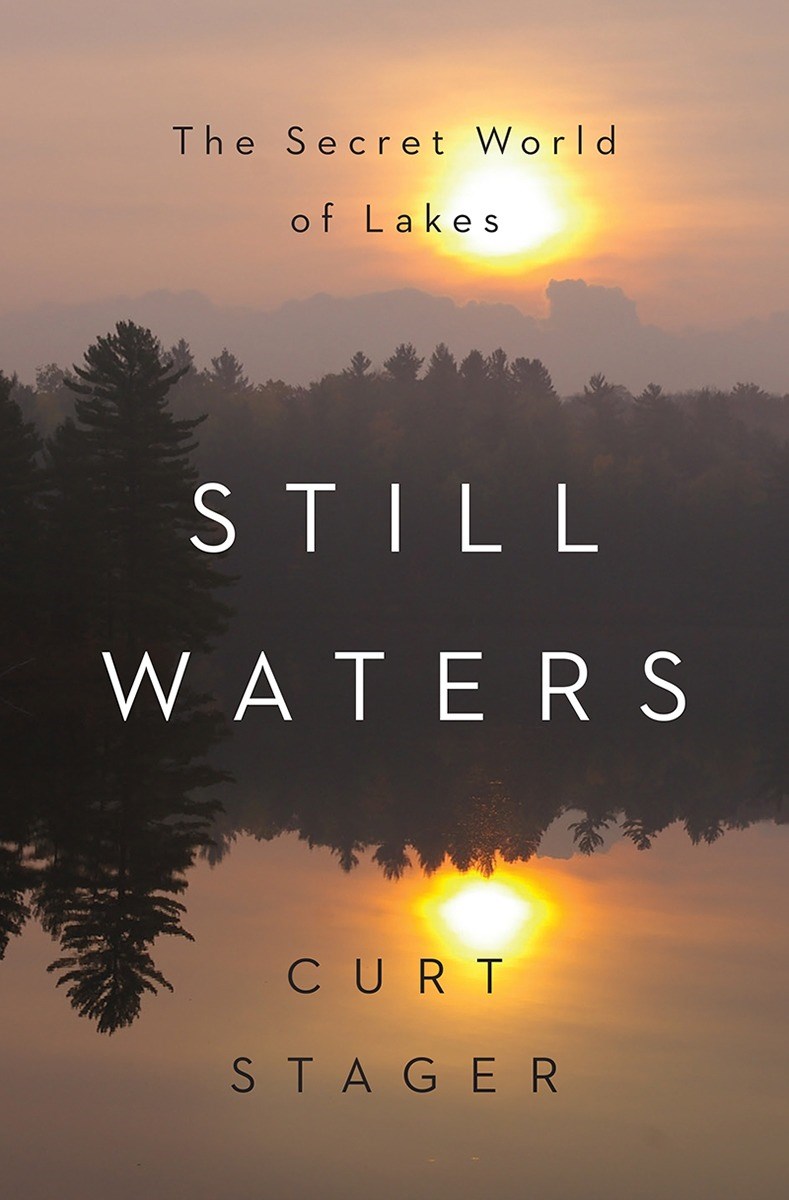 You’ll never look at lakes the same way after reading this fascinating look at lakes around the world and the ways in which they’ve influenced our lives and cultures.

From W. W. Norton & Company: “Through decades of firsthand investigations, Stager examines the significance of our impacts on some of the world’s most iconic inland waters. Along the way he discovers the stories these lakes contain about us, including our loftiest philosophical ambitions and our deepest myths. For him, lakes are not only mirrors reflecting our place in the natural world but also windows into our history, culture, and the primal connections we share with all life.”

The Best Nature Writing of 2017 So Far